This was on my calendar during July… 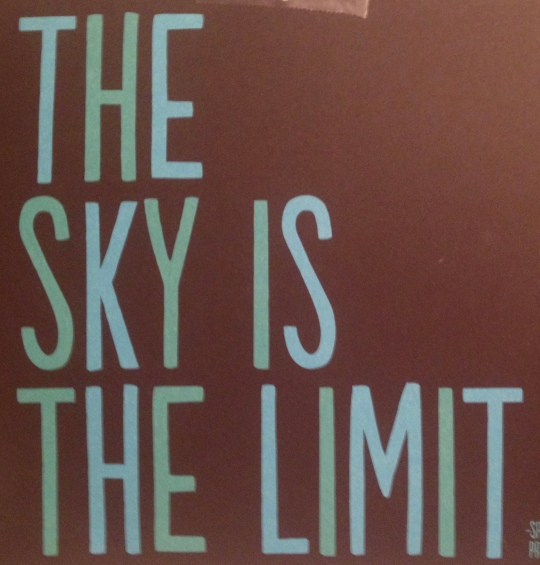 If you say the sky’s the limit, then there has to be an end point, when you hit the sky.  You can’t do that, however, since there is no limit to the sky and there’s no actual place where the sky begins.  The word LIMIT  means, “a point or levels beyond which something does not or may not extend or pass.”  We really need to pay more attention to the things we say, believe, write and pass on to others.

limit |ˈlimit|
noun
1 a point or level beyond which something does not or may not extend or pass: the limits of presidential power | the 10-minute limit on speeches | there was no limit to his imagination.
• (often limits) the terminal point or boundary of an area or movement: the city limits | the upper limit of the tidal reaches.
• the furthest extent of one’s physical or mental endurance: Mary Ann tried everyone’s patience to the limit | other horses were reaching their limit.
2 a restriction on the size or amount of something permissible or possible: an age limit | a weight limit.
• a speed limit: a 30 mph limit.

The republicans said that the first thing they will do if they get into office is overturn Roe vs. Wade.  They scream out that they are pro life and pound of it, but whose life are they talking about?  Certainly not the lives of women.  The issue has never been about fetuses, it has always been about controlling women.  They don’t care if poor women die from back alley abortions because the people taking away their rights are wealthy enough to get safe abortions for their wives and daughters.  It’s all about power and interference of government into medical issues between a woman an her doctor.  The Republicans are into power and control.  They won’t stop with Roe vs Wade.  They will overturn Gay Marriages, and they will continue to take away the rights of anyone/anything they don’t like, one by one.  That’s what they are.  This happened in Germany.  It’s nothing new.  It’s just that it can happen in America now and we have the ability to see what the results were if we just look at his-story.

Women can’t get birth control under a lot of insurances but me can get viagra.  It’s an unequal and unfair world.  There are those self-righteous  people who think they know everything and are determined to bring people to their knees to get their own way.  That is NOT what America used to stand for.  The pro lifer’s kill doctors, blow up clinics and stop women from getting needed medical care.

The thing is, no one is trying to get those women who don’t want abortions to have one.  It’s their choice to have a child.  Why is it that those same women can’t let other women make their own choices as well?  That’s what freedom IS…having choices and not dying because someone in power doesn’t like the choice you make.

Women will NEVER stop having abortions.  The republicans just want them to die trying. 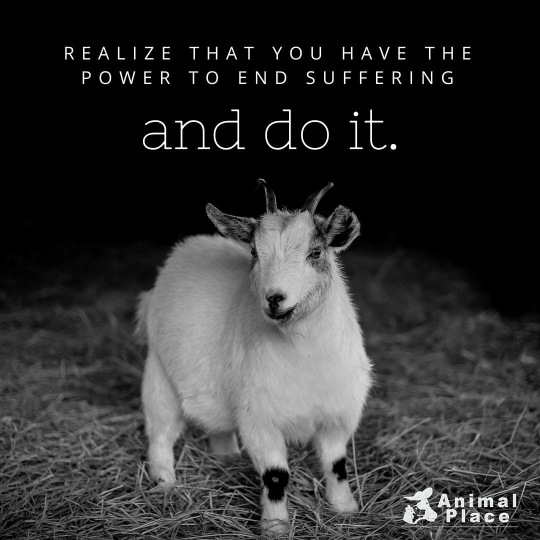 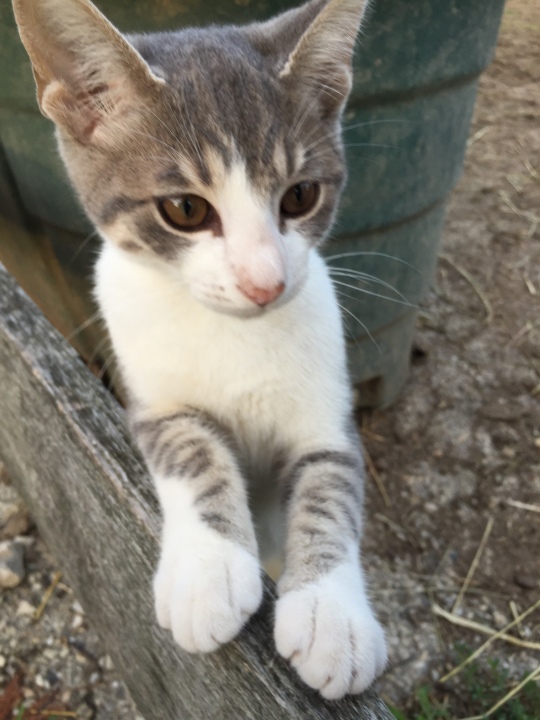 Barn cats are fantastic.  Hardy, lively and perfect in every single way.  Debbie saw so many adorable cats and kittens.  Jesse kept texting her to bring them all home.

Debbie was at a kind of Rock concert last night…on a farm.  Before it got dark, she got to see the horses and cats.  Heaven.  The music was great but oh, she sent yummy pictures of all the sweet animals.

“I love traveling by hot air balloon,” said Chicago, pushing her hair behind her ears, taking a sip of hot coffee.

“How long did it take?” asked Marion.

“Just a few hours.  I was in a hurry but I couldn’t resist the gondolier.  He was swarthy and his arms, well, you know, he works with all those ropes.  Anyway, I’m here now, so we can finally read the cards.”

“LuLu, the front window is broken and there’s a princess laying on the floor.”

“It is, but why is the princess on the floor?”

“I punched her out.  You would have been proud of me.  I actually hit her two different times.  She’s evil and icky and she broke the window.”

“VINCENT,” shouted the Princess from the doorway, as she swayed back and forth.  “We are leaving, NOW!  COME HERE!”

“Did she just stamp her foot?” asked LuLu, in amazement.

“I COMMAND you to do as I say,” she growled, standing to her full height.

“Her dress is beautiful, isn’t it?” asked LuLu, looking at her mother.  “Can I hit her again?  Please? If you weren’t here I would already being doing it.”

“We aren’t in Fairy,” said Vincent.  “You have no power over me here.”

“What do you see in that disgusting half-blood?” hissed the Princess, her face red with rage.  “She’s nothi….”

“You heard what she said.”

“I did,” said LuLu’s mother.  “She always was a horrible child.  Her sister is very nice, however.”  LuLu’s mother snapped her fingers and the Princess disappeared.

“Can you teach me how to do that?” asked LuLu, hopefully.

She snapped her fingers again and the front window repaired itself.  “Vincent,” said LuLu’s mother “everyone in Fairy knows that you are now under my protection, so you should be safe enough.”

Vincent fell to one knee, bowed and said, “My Lady.”

LuLu and Vincent both groaned.

“LuLu wants to cover Vincent with ice cream and have sex with him on the prep table. Unfortunately, they haven’t had a minute to themselves,” said Marion.

“You make food on that table,” said her mother, turning toward her.

“Well, be sure you put something on the floor, so when the ice cream melts you won’t have a mess to clean up.”

“She’s right,” said Chicago.  “At least this is a tiled floor.  You can’t get the stuff out from between the cracks on a wooden floor, take my word for it.”

“And let the ice cream melt a little before you apply it,” said Marion.

“Oh, definitely,” said Chicago.  “It’s not as cold that way and it looks nicer too.”

“I’m never going to be able to look at any of them again in my entire life,” said Vincent, staring at the ceiling.  “Not ever.”

“Let’s give them some privacy,” muttered LuLu’s mother.  Marion, Chicago, you can stay with me tonight.  LuLu, we’ll be here at five thirty to get ready for the day.  Raven, Destiny, come with me. The cats are staying.”

“Alone at last,” said LuLu, as everyone left.

“I can’t believe they’ve all done it with ice cream.”

“When you almost live forever, you have to assume there isn’t much they haven’t done.  Except for Marion, of course, and even she’s done that. ”

“You have a very understanding mother.”

Before we do anything, I have some questions,” said LuLu.

“How many questions and can you ask them when you’re naked?” he laughed.

“Will you be able to hear what I’m saying if I’m naked?”

“Does that matter?  I didn’t know you expected me to listen.”

“Would you ever think of living here full-time?”

“Would you miss Fairy?”

“Where are your clothes?”

no
one
believes
that
it
could
happen
in
America

it’s
time
we
wake
up
to
reality

it
has
already
begun 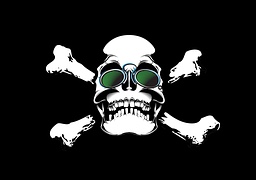 I
try
to
stay
still

shutting
out
the
media’s
constant
screaming

but
the
voice
inside
me
keeps
saying

we’re
going
backward
and
hate
is
standing
in
the
wings 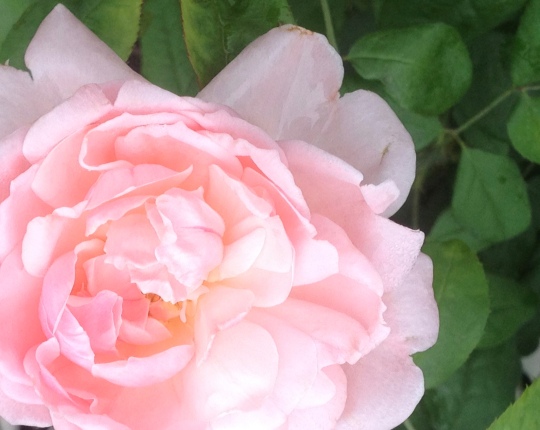 From my friend Candy…we met a million years ago at a NOW convention. We talked, while waiting in line and became fast friends. We never saw each other again but we keep in touch everyday. Funny how that happens. 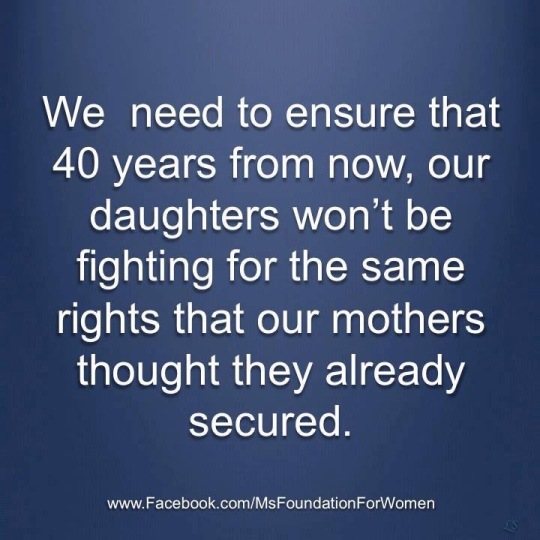 It never ends for women.  We get laws passed and then they are “revised,” taken away, or turned into fear mongering at election time.  The FEAR that women will have control over their own bodies, their own lives, make enough money to support their children.  It’s as if all the men are horrified that women, who SUPPOSEDLY, live in a society that never shuts up about how wonderful it is, want to be equal, want the violence against them to STOP, who want TO BE PAID FOR THE WORK THEY DO, so they can be independent.  What a joke this country has become…freedom, all MEN are created equal, send us your…oh, wait???? not your immigrants….yeah, that kind of thing.  Sure, we might be better than a LOT of other countries but those places are hellholes.  What about the things we PRETEND to stand for?  What about hoarding power, CREATING poverty, FORCED dependency, WAGE slaves…student debt…and all the rest.  What about all the things that happen because of the choices made by men in power?  What about that?  We put up with this unacceptable treatment because of,  brainwashing, conditioning, education, religious training, unfair laws and living in a police state. It’s about prejudice, racism, sexism, agism, homophobia. It’s about greed and elitism.  It’s about us letting the morons running the show.

Women are expected to preen, flutter around, walk around half naked, even in the winter, in order to attract a male who might have enough money to support her. In other countries it’s Genital Mutilation, and it was foot binding, for all those centuries.   That’s what forced dependency IS. It takes away your choices, your ability to take care of yourself.  It forces women to mutilate themselves (plastic surgery, botox, et al.), to act like idiots, in order to marry men, they sometimes don’t love, so they can have insurance and a place to live.  That’s why men were hysterical when women started working.  Working gave women CHOICES, which meant that if a man wanted a woman he may have to actually do something to attract one.    The laws have always made sure that women couldn’t take care of themselves and were FORCED to depend on men for their survival.

Things have changed but the glass ceiling still exists.  Women are still training men to do jobs they should have themselves.  Women doing the same job as men are still making far less and women are still at the bottom of a lot of ladders, not to mention sexual games men still play and the things women are still afraid to report.

Men do not woman to be free and independent (this is as a group, not individual men).  There is a constant need, in all cultures, to control what women do.  I think, if men are that afraid of us, and what we can do, we should stop playing around and DO SOMETHING.

Philosophy of life and other good stuff, Politics/Herstory