From Bored Panda…this makes me have hope for some humans.

Mother Cat Brings Her Ill Kitten To The Hospital, Medics Rush To Help Them

This is in by my front door…it’s so beautiful.

I just finished listening to the audio book, The Secret Garden, by Francis Hodgson Burnet.  It  was my favorite book when I was a child and it was important to me for a lot of reasons.

I loved the garden and the robin, the earthy boy who could talk to plants and animals.  I was so happy that the main character was a girl who didn’t do as she was told, but did as she pleased.  I knew we could have been friends.

But here’s the thing.  Even though I haven’t read the book since I was that very small child, I still think about the story.  I have watched the film, staring Kate Maberly, as Mary and Andrew Knott, as Dickon, many times.   Maggie Smith is in it and she’s always amazing.  The film is wonderful and the child actors are incredible.

Listening to the book, I was able to see  the differences between it, the film and my memory.  The book, while racist and elitist (people would say that’s just what was happening in 1911, when it was written), is much more gentle than the film.  And I only remembered all the parts that were relevant to me as a child.  In the movie, Maggie Smith is hard core, compared to her character in the book.  The things I remembered were more like the book with bits of the film embedded in there somewhere.

The Secret Garden is an important book.  It’s about rich and poor, wanted and unwanted, children navigating through the world of adults. and finding their own way.  The children are free to explore their world, as long as they don’t bother anyone and behave.  But by being outside, they are able to get in touch with, and recognize, their oneness with animals, birds and all of nature.

Mainly, it’s about polite, well mannered children following their hearts and overcoming their personal and physical problems, with the help of nature, and each other.  It’s about abuse, healing, joy, freedom, breaking rules, standing up for yourself and being happy.  It’s also about the trickle down theory when it comes to the social hierarchy of masters and servants.  Obedience at all costs, especially in the film.

I love the book and part of me will always live in that garden.  It’s the best place to be, after all.  Just ask the robin, he’ll be happy to tell you. 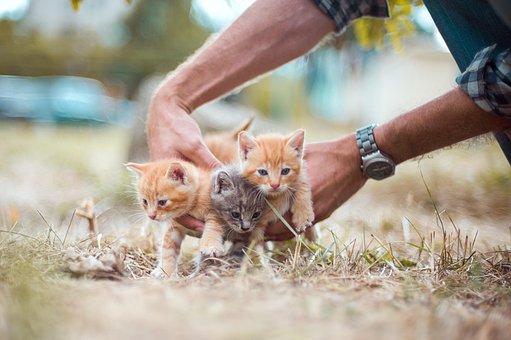 “Everyone said thank you for the food.”

“Good, then you can keep bringing it.”

“No end in sight with this virus thing,” she said.

“We like the silence.  No one is getting run over and we can hear the birds singing, which makes it easier to hone in on them.”

“Have any chicken lately?”

“You are an argumentative cat.”

“When exactly, did you forget that I am one of the top predators in the world?  After you, of course. You kill everything and pretend that you’re loving and kind, sweet and caring but you’re not.  I mean, I might kill a bird or tow, maybe a vole but you wipe out species all at once and you’ll EAT anything.  Even we won’t do that.”

“I hate it when you make sense.”

“Seems as if you should know all of these things by now.  How old are you, anyway?”

“Did you know that seismic activity is lower, since we are locked down?”

“Yes, but some of them are deep inside the planet.”

She nodded.  “We’ve been too distracted to feel much of anything for a long time.  Ever since we became a consumer society and have been manipulated to concentrate on things that don’t matter, we have gone down hill.”

“When has your species ever been up hill?  Seriously.  When?”

“I brought you some chicken and no peas.”

“Isn’t there a saying about glass houses?”

“The earth isn’t that lucky.  You’ll live to kill again.  But I dream about the earth being a habitat for the rest of us.   Not one single animal would spray a beach with bleach and cause an ecological disaster.  Not one, other than your species.  None of us would spill oil in an ocean or cut down all the trees.  Only you guys do that.”

“I brought you treats?”

“Vegetarian treats?” he asked, licking his side.

“Another bird, or don’t you consider a being with wings and talons, who looks like a big weird chicken, to be a bird.  Are the only birds the birds cats eat?”

“You made your point.”

“You guys are a slaughter house on two legs and you don’t even need to eat meat to survive.”

“I can’t solve all the problems in the world.”

“Which ones have you solved, so far?”

“I brought you a book on monkeys.”

“Why would you think that?  There’s not a single monkey in this entire city.”

“But it has pictures of monkeys.”

“You should probably go now.”

“Well, I have to Zoom something in a little while, so I’ll be back in a day or two.”

“Don’t rush and if I’m asleep, just go away and be crazy somewhere else.”

“What about the book?”

“I’m going to sleep now,” he said turning away and closing his eyes.

She kissed his ear and whispered, “I was just teasing you, it’s really a book about mice.  I’ll just leave it here.”  And then she was gone.

“We have forgotten how to be good guests, how to walk lightly on the earth as its other creatures do.” — Art of Quotation

“We have forgotten how to be good guests, how to walk lightly on the earth as its other creatures do.” — Barbara Ward, economist, author

via “We have forgotten how to be good guests, how to walk lightly on the earth as its other creatures do.” — Art of Quotation

“One of the most tragic things I know about human nature is that all of us tend to put off living. We are all dreaming of some magical rose garden over the horizon instead of enjoying the roses that are blooming outside our windows today.” ~ Dale Carnegie

via Human Nature — A Pondering Mind

When I was little, I always wanted to play on a cloud.  I never thought about falling through one.  I incorrectly assumed that a soft and fluffy cloud, would be able to hold me.

Yesterday morning I woke up and went to look out the window, since that’s the ONLY way to ever know what the wether is like, and everything was white.  Solid white.  Pressed up against the windows, white.   I couldn’t see anything.  A cloud, in the form of thick fog, had settled over us.  I wondered what that would look like from the sky and pictured a big cloud, just laying over the houses, streets and sidewalks.  A cloud, that fell from the sky.

I kept watching and when I thought it wasn’t too dangerous, I went for a walk.  When you’re IN a cloud, you can only see where you are.   Everything you’re walking toward, cannot be seen.  It was so cool.   I walked on the sidewalk, since walking in the street was out of the question.  Little by little, the sun started burning off the fog and I could see farther and farther ahead.

It’s the same thing as looking at the gorgeous photographs from outer space.  If we were in the star nursery that looks so amazing, we wouldn’t be able to see it.  When we are in something, we’re too close to it, so we can’t see the bigger picture.  Life is exactly like that.  Our lives, seen from a distance,  would probably look far different from what we think they look like.  No matter what we’re in, our vision is always blocked.  No matter where we are, we can only see so far ahead.  Our physical ability to see is quite limited.  A hawk would starve, if he had to hunt from the ground.   We wouldn’t be able to see the glaciers melting, if we were standing ON one.  But from the air, we can see what’s happening.  Whatever we think is going on, is being seen from our limited vantage point.    We only ever see a tiny part of the picture.

Walking in the dense flog, I didn’t know if the fog ended on a different street, or if it went on forever.  There’s so much we go through in life, never knowing when it will end, or begin. Never knowing for sure, what’s right in front of us.  We are constantly called on, to make decisions from only one perspective, from the tiny fraction of life that we can see.  We live by guessing, by assuming, by having bits and pieces of the picture, but never the information we need to make logical and well informed decisions.  It’s like waking through the fog, not know what lies ahead, but waking just the same.

Clouds can’t hold me.  I know they’re wet and weight tons.  I also know that if I could live on a cloud, I wouldn’t be able to see anything past my nose.  So that childhood dream, was just that…a dream.  Sometimes, what we think we want, is just like a childhood dream.  A dream, that when we find out the truth,  is nothing at all way we thought it would be.

It was fun being surrounded by fog.  Scary and magical at the same time, since one never truly knows if a left over dinosaur will come crashing over houses, crushing cars and  smashing trees in an effort to get to you.  I mean, anything’s possible, right?  Maybe dinosaurs only come out during the fog.  We don’t know. Really.  We don’t.

Wow! I got two of them at once. Today is: National Zipper and National Denim Day 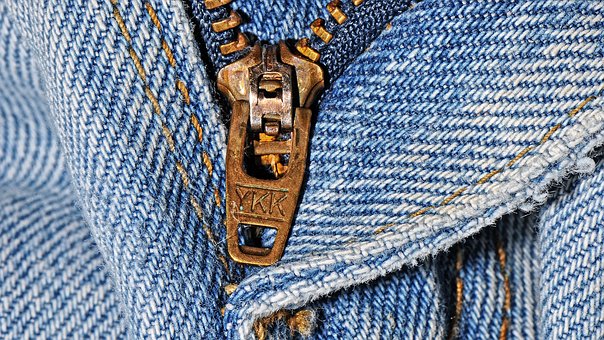