The sun is out, for as long as that may be, and I’m so HAPPY 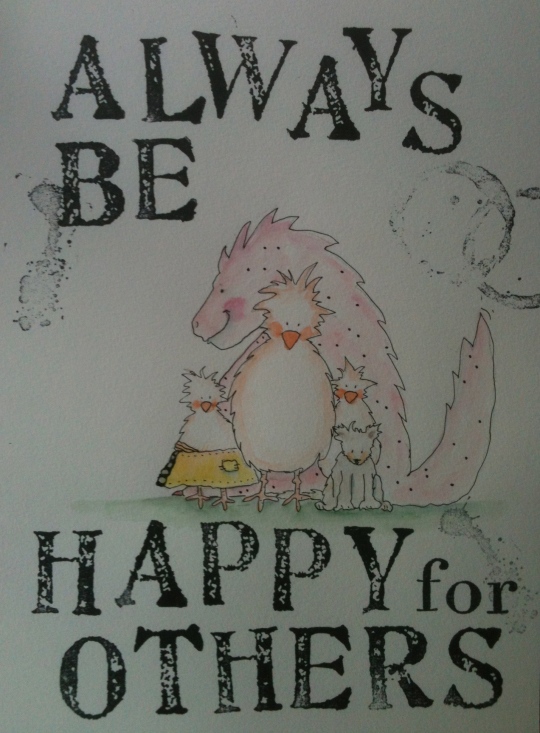 Mindy was surprised to find that the cats at The Coop had a dinosaur party. 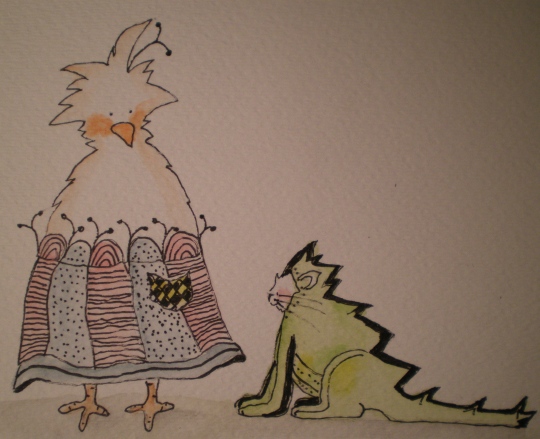 Mindy was on her way home from the library, where she had just given a talk on Harry Potter, when she ran into Joey, who was still a kitten.  He said the cats decided to have a dragon party because an artist named Gretchen gave the idea to the person who draws us.  Joey said they had a lot of fun. They had catnip and delicious new dry food that the hens made for them.  They started watching Godzilla but everyone went crazy and started climbing the walls, when the humans went after her babies, so the film had to be turned off.  He said they ended up watching Puss and Boots, which was wonderful.  He said Antonio Banderas was fantastic, as Puss and he would like to meet him some day, so they could chase leaves or butterflies together.   He said that a Puss and Boots party might be held in the future.

Mindy told Joey that his costume was wonderful.  He said one of the hens made it for him.  He said he’d rather be a cat than a dinosaur any day.  Mindy agreed, and said that she wouldn’t want to be a dinosaur either, especially since they were all dead.   Then she offered to help him make his Puss and Boots costume, if they had the party.   She also said that she thought that Antonio Banderas was a person and not a cat.

“It was a cartoon,” said Mindy.  “Mr. Banderas did the voice over.”

“Are you sure?” asked Joey.

“He did,” agreed Mindy.  “He still might want to come and play, you know.  Maybe you should write to him.”

Joey looked down.  “It wouldn’t be the same.”

“I understand,” said Mindy.  “Want me to walk to the cat nest with you?”

P.S.  Plans for a Puss and Boots party are in the works.  Joey is in charge of the decorations and Mindy is going to help with the food and costumes.  Puss and Boots will play in a continuous loop and there will be singing and a coloring contest. 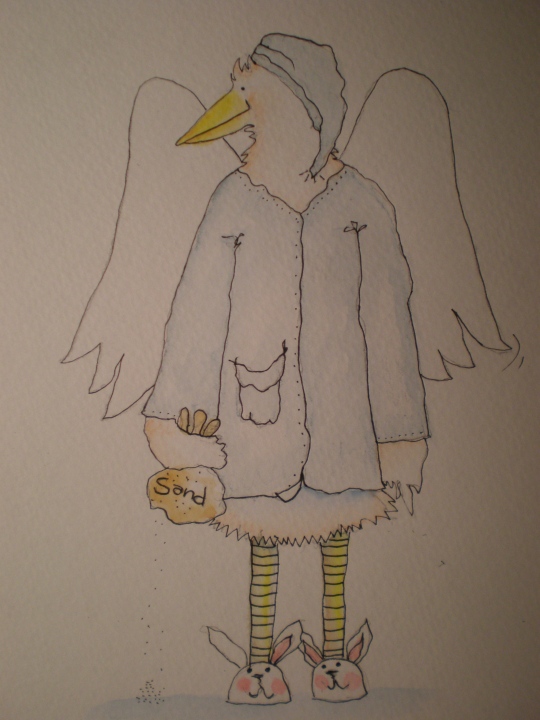 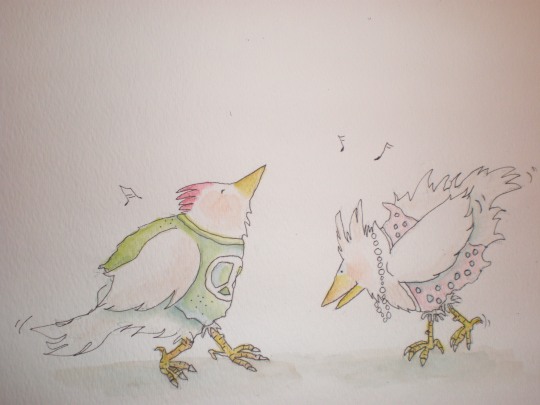 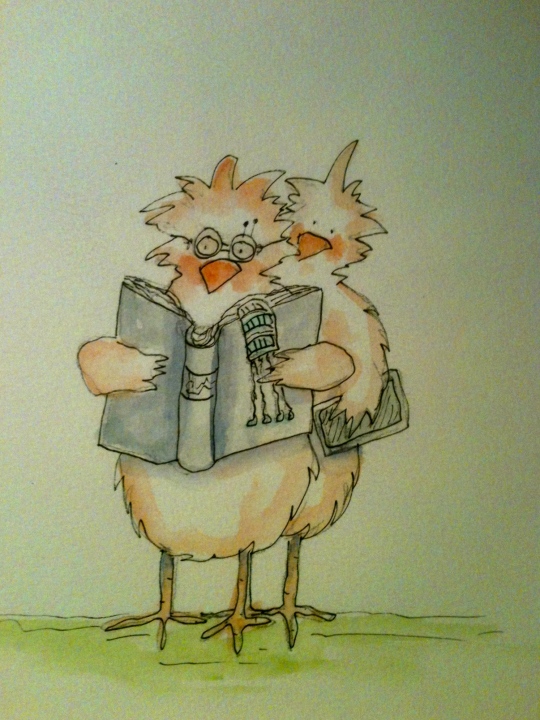 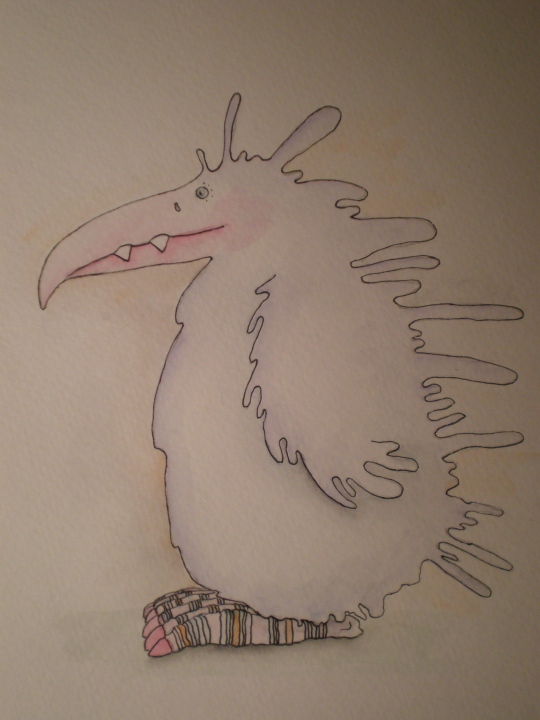 I posted Ned before.   He visits The Coop quite often and has gone on several raids to rescue birds and animals from Factory Farms.  Ned loves cornbread and cotton candy, although the latter is quite messy for those with feathers.  He also loves reading under his blanket, with a flashlight, at night.  The chicklets love Ned and he’s always welcome.  He attends all the parties and he just went on his first gondola ride in the Rubber Duck Pond.  He is planning on staying for a few weeks and the chicklets are delighted and making plans.

Have a fabulous day… 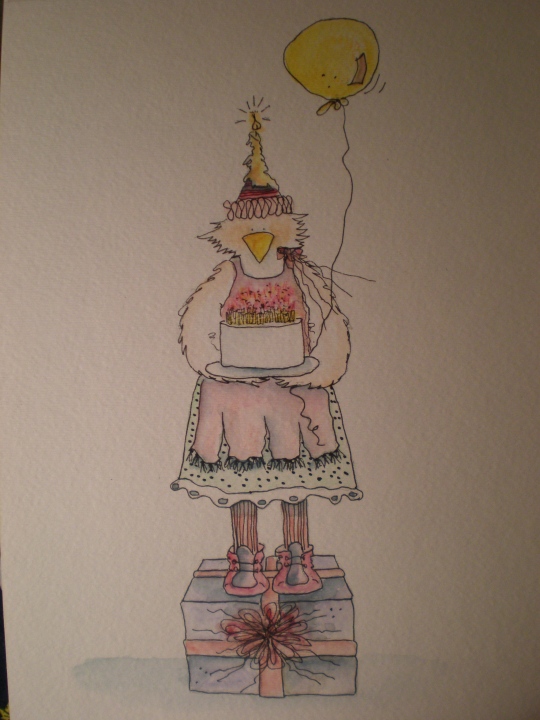 Chirp and peep from the Chicklets, Deb. 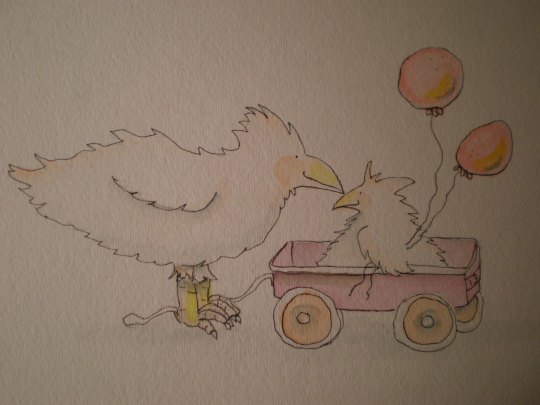 You’re too big for the wagon now:)  LOL

Tulip and her sister Tippie welcome the traveling librarian…

Dottie arrived early last night.  She is the traveling librarian and moves from place to place reading stories to chicklets and other animals.  She gives advice to librarians and takes orders for new books, making sure they are delivered in a timely manner.  She is welcome wherever she goes, since she is very clever and makes the best French Toast anyone has EVER tasted.  She will be at The Coop for a week or so, reading stories  by the Rubber Duck Pond everyday, right after lunch.  Tulip and Tippie were tasked, as part of the welcoming committee, to make sure that Dottie has everything she needs to be happy during her stay.  Everyone is looking forward to her tales and the chicklets will hand in their book lists before she leaves.

Chicklets want peace for everyone and everything… 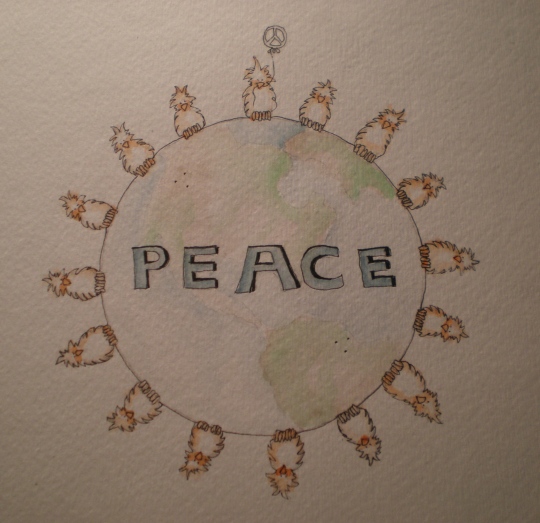 The chicklets would like everyone and all things to live in harmony.  I gently tell them that, for the most part, the human species is incapable of doing that.  They just start at me and ask, “Why?”  It’s so easy for them to love everyone and everything…to be happy, They can’t understand why it’s so impossible for others to feel the same way.  So, they are sending their love out to the world, hoping that it makes a difference.  I hope that it makes a difference as well, somewhere, for someone.