Archive for the ‘Heaven’ Category

The Cafe…a story about heaven and earth. 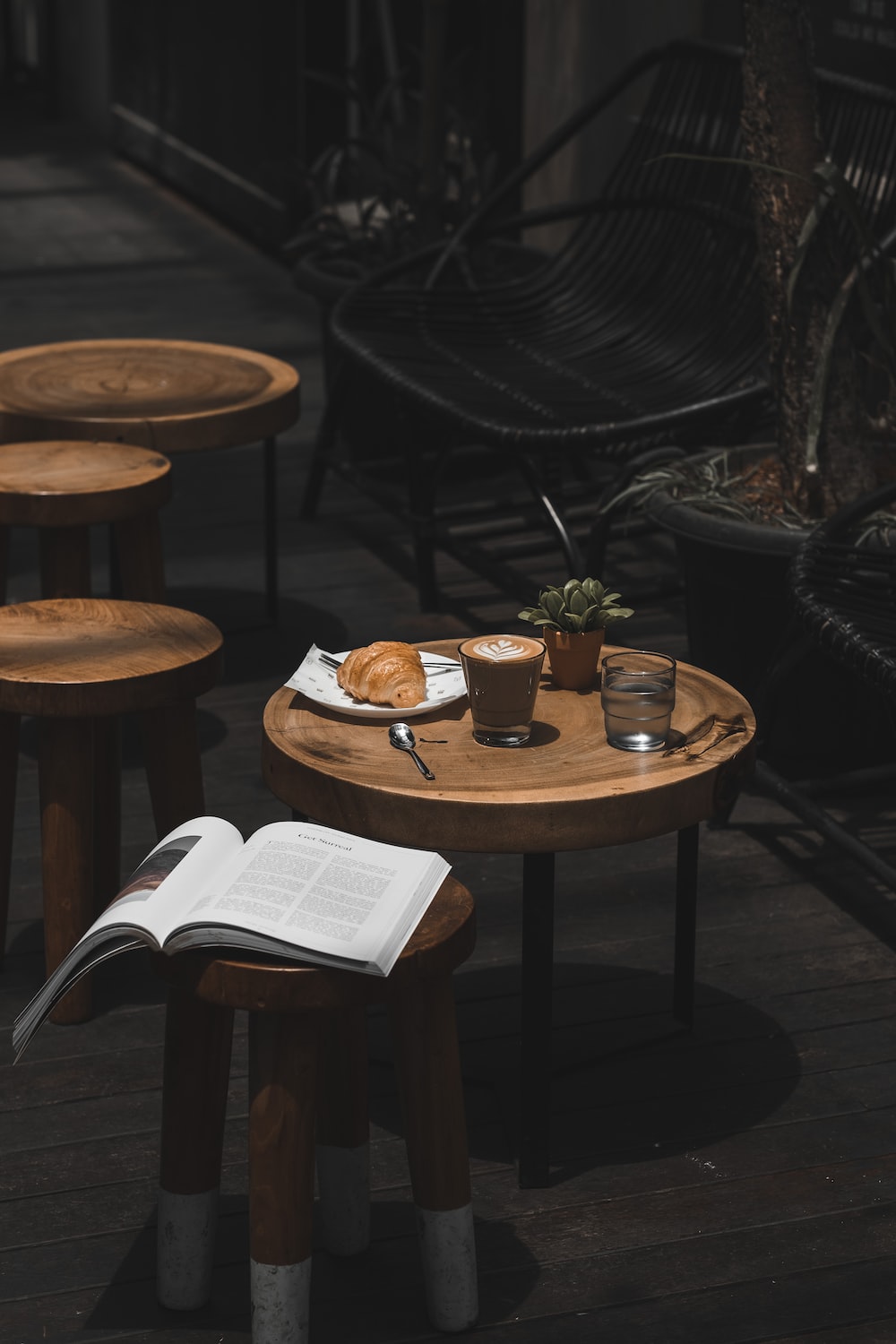 “No.  You absolutely may not.”

“Excuse me,” she said, waving her hand at the waitperson.  “This man is bothering me.”

“What man?” asked the waitperson, looking around.

“Sure,” said the waitperson, moving to another table.

“You just made me look like an idiot,” she snapped.

“You made yourself look like an idiot.  I didn’t do anything but sit down.”

“Aren’t you going to drink your coffee and eat your croissant?”

She wrapped the croissant in a napkin and shoved it into her bag.  She took a sip of her coffee and walked toward the waitperson, handed him some money, and left.

He kept pace with her and she shoved him off the curb into the path of a car.  She kept walking.

“It was for me,” she said, smiling.  She shoved him again.  This time in front of a bus.  “I’m going to keep doing this until you leave me alone.”

“I think I might be able to do it. I’ve been practicing. Energy can’t be created or destroyed, but it can be changed.  I think I can change you into something else.”

“Tell someone who cares,” she said.

“Why are you always so stubborn.”

“Because  I CAN BE,” she said, shoving him hard, into the path of a van.

She laughed, watching him fall into the path of another bus.  “I’m starting to have fun,” she said, pushing him into a man walking toward them.  “And when was the last time you didn’t like something at home?”

“No.  Go away and never come back, and tell him to not send any more of you.”

“You’re right.  I don’t like it here, but at least I’m just part of the miserable herd and not a sheep.”

“He loves everyone.  It’s not a choice for him.  No one can think for themselves because of all the love.”

“Fight with anyone at home lately?” she asked, turning toward him?  “Think of a single thing you didn’t like?”

“Of course not.  Everything is perfect.”

He laughed.  “People think you’re talking to yourself.  That lady is staring at you.”

“I refuse to acknowledge you.”

“Who cares.  You love everyone.  It’s like everyone getting a trophy.”

“You’re thinking with your human mind.”

“It’s all I have right now,” she said, pulling the croissant out of her bag.  “Too bad you’re not here, because this is delicious.”

“You really are mean,” he said, frowning at her.

“You’re going to die.  Then you’ll be back anyway.”

“Look Mikey.  Everything is a game and we’re the pawns.”

“I’m sorry I pushed you in front of the truck.”

“Will you come back with me?”

“Will you listen to the message he sent?”

“Nope.  I’m just going to be another herd animal in a different game.”

“Why don’t you want to live in unconditional love?”

“Lots of reasons.  For one thing, there’s no choice and…”

“You have trust issues.”

“Ya think?” she snickered.

“How can you not see the truth?”

“You’re playing this game by yourself,” he said.

“We do everything by ourselves.”

“There are humming birds, cats, trees and chipmunks,” she said.

“None of those things come even close to what’s at home, and you know it.  Well, the cats maybe, but you know everything is more beautiful and amazing at home.  Don’t you miss the other planets?”

“Then come back to heaven.”

“I’ll be happy there,” she said softly.

“But it won’t be a choice.  Everyone there is happy.  You can’t be unhappy.”

“I know,” he said, excitedly.  “It’s fantastic.  You won’t age, you’ll never get sick and you will be surrounded by unconditional love and the animals you miss, and the people who have gone on ahead.”

She turned toward him again and took his hands in hers.

“I can feel your hands,” he said, staring at her.

She shrugged.  “I told you, I’ve been practicing.  Just go home, Michael.  They need you there.”

“I’m trying to work things out.  I don’t have faith, or trust. This time around I just needed to be tough.”

“I don’t want to be a sheep, Michael.  Someone is always needed to tend them, just like the herd.  I want to be the cow who runs away and starts a free herd of her own.”

“I’ll take you to Pluto again.”

“I know.  Talk about no privacy,” she said.  “That’s what I mean.  Everywhere we exist, we are the underdogs, the pawns.”

“But it’s better to be an underdog in perfection, that it is down here in the worst place there is.”

“If you love someone, and you can stop them from being hurt, and you don’t do that, what does that make you?”

“You know he can’t interfere.”

“Those are the rules.”

“Who made up the rules?”

“Don’t do this,” he moaned.  “This is a place to experience any, and everything.  No one makes souls come here.  They have a choice.”

“Isn’t love supposed to stop suffering, when it can?”

“You come back here by choice.”

“You just can’t stop, can you,” said Michael, sadly.

“You’ve never been human, Mike.  You’ve been a sheepdog for your entire existence.”

“I am an archangel, not a sheepdog.”

“If you say so,” she grinned.  “Sheepdogs are amazing.”

“I love you too.  Kind of, anyway,” she laughed.  Love isn’t the same here.  It’s never unconditional, not in the truest sense of the word.  A lot of time love is temporary, or even hateful.”

“And you think it’s better here, than it is at home?”

“I’ll be happy because there won’t be any other choice.”

She pushed him in front of a car.

“That was completely uncalled for,” he said.

“I know,” she laughed.  “Completely uncalled for.”

“You’re looking at this whole thing in the wrong way.”

“Probably,” she said.  “But you know me.  I’m stubborn and suspicious.  If people come back here, to make up for what they did last time they were here, then why did they do what they did, last time?  Because they didn’t know what they were getting into, is my guess.”

“I don’t know how to make you understand,” he said.

“Then what’s stopping you from coming home?”

“I’m not sure.  I think there’s something I don’t get, but I’m close to getting it.”

“You’ve been saved, time and time again.  He does save people.  He does act. You need to come home.”

“It won’t be the first time, or the last,” she laughed.

“They happen all the time,” she said.

“You won’t even notice it, you’ll just be home again.”

“And I’ll be loved unconditionally and happy.”

“Yes,” he said, trying to hug her.  “I don’t know why you think there’s something wrong with that.”

“I think there’s something wrong with everything.”

“That’s true,” he snickered.  Then he disappeared.

“How long have you been hiding in the bushes?” she asked the gray cat.  “Want to come home with me?”

She picked him up, kissed him, and said, “My name is Jane, what’s yours?”

“Have you been to heaven?”

She nodded.  “Then why are you here?” 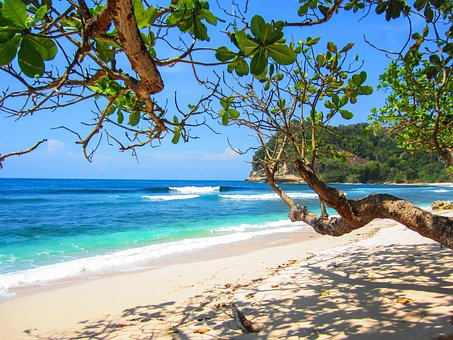 I don’t believe in heaven but if I did, the above photo, would be part of it. I think the earth would be a heaven if we weren’t on it.   It’s a beautiful planet that has so much to offer.  Everything on the planet would flourish, if we were gone.  Our extinction would be the best thing that ever happened to earth and all the living beings and things on it.  So, I suppose, without us, the planet would become the paradise and the garden everyone talks about.

Sunlight is warm and amazing.  Moonlight is cool and gorgeous.  Breezes are delicious.  There’s a rhythm to life that humans have forgotten, or never known.

Stars would twinkle brightly, once the pollution faded away.   Perhaps the soil would be able to regenerate itself more quickly than we imagine, so things could start growing right away, breaking up the cement and toppling buildings.

If  we were gone, the oceans would be free of garbage, plastic, oil spills, rusting subs, drilling equipment and junk.  Fish would be swimming through the water, not floating on top because we poisoned them to death.

Trees would no longer be cut down and could grow however they liked.  The prairies in Chicago, and the surrounding area, (99% are already gone),  would return, and once again feed and shelter wildlife.

No com trails would mar the sky.  No gunshots, bloody battlefields, or screaming would be heard or seen.  No mining, or digging, just the peaceful sounds of nature and living things going about their lives.

Heaven would be one gigantic wildlife preserve, and living beings would no longer have to fear being slaughtered, caged, tortured, or used for human purposes.  Animals would finally be free and the flora would burst forth in color and leafy green beauty.  It would be a beautiful heaven.  In this heaven all animals are vegetarians.

If we were gone, Mother Nature could walk over the earth without her heart breaking, so I think she would agree that without us, her garden would be luscious and heavenly.