Archive for the ‘religion’ Category

I think there are 17 more rape cases by priests in high positions but the catholic church doesn’t think it’s necessary to look into them. 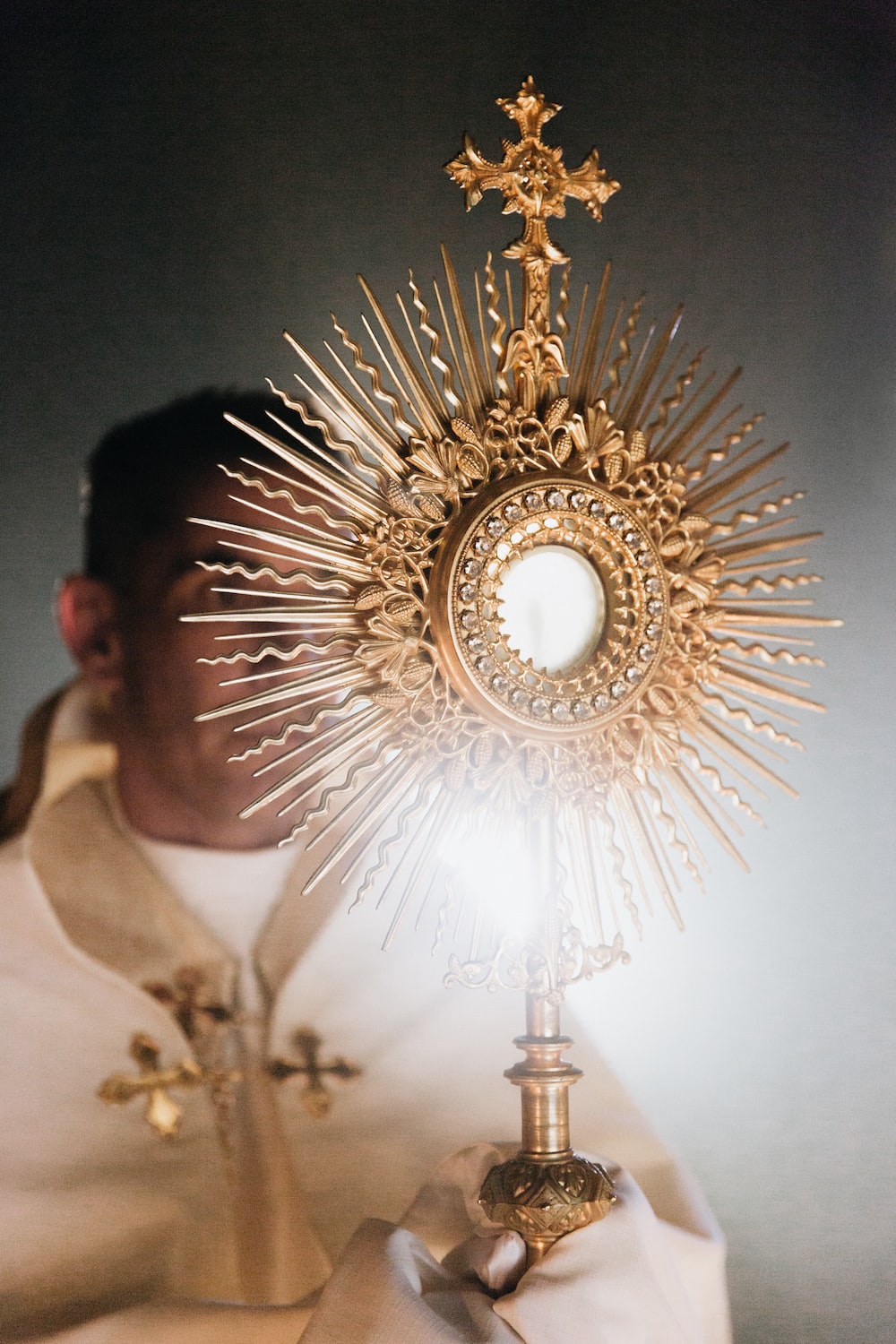 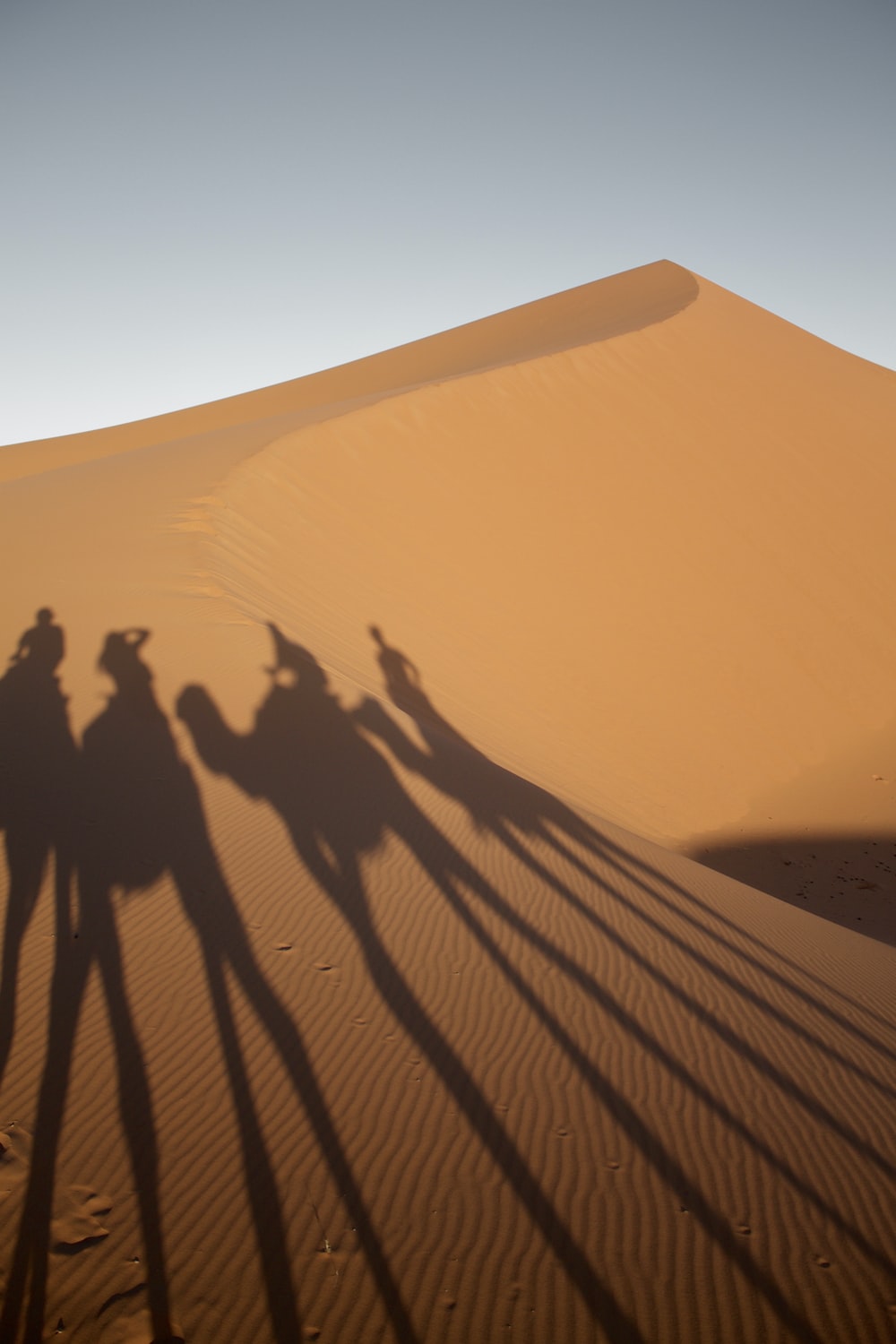 If you or someone you know has been molested/raped/abused by a priest please contact Snapnetwork.org = Survivors Network of those Abused by Priests-they can help
Here are ways you can help from Snap Network -link below
http://www.snapnetwork.org/take_action
If you are Catholic and go to church or know someone who is Catholic and goes to church…
Ask how anyone can participate in and support an organization that KNOWINGLY allows children to be molested and raped on a regular basis for years and years and then DEFENDS these pedophiles with DONATED money?
Stop going to Catholic churches and tell them why!!  Tell them you will come back when the pedophiliac priests are prosecuted like any other criminal!
Speak up and tell people you are against the Catholic Church because of their stand on pedophiliac priests and encourage them to STOP GOING TO CATHOLIC CHURCHES!!
<SPOTLIGHT_flyers_6_to_a_page.pdf>

Please look at this entire post. Other religions are stepping forward to protect abortion rights, as well. The Jewish religion and others. So abortion is protected by religion. From: Bored Panda

Surprising Tactic In The Fight To Preserve Abortion Rights In The U.S. Comes From None Other Than The Satanic Temple, Which Upholds Religious Abortion Rituals 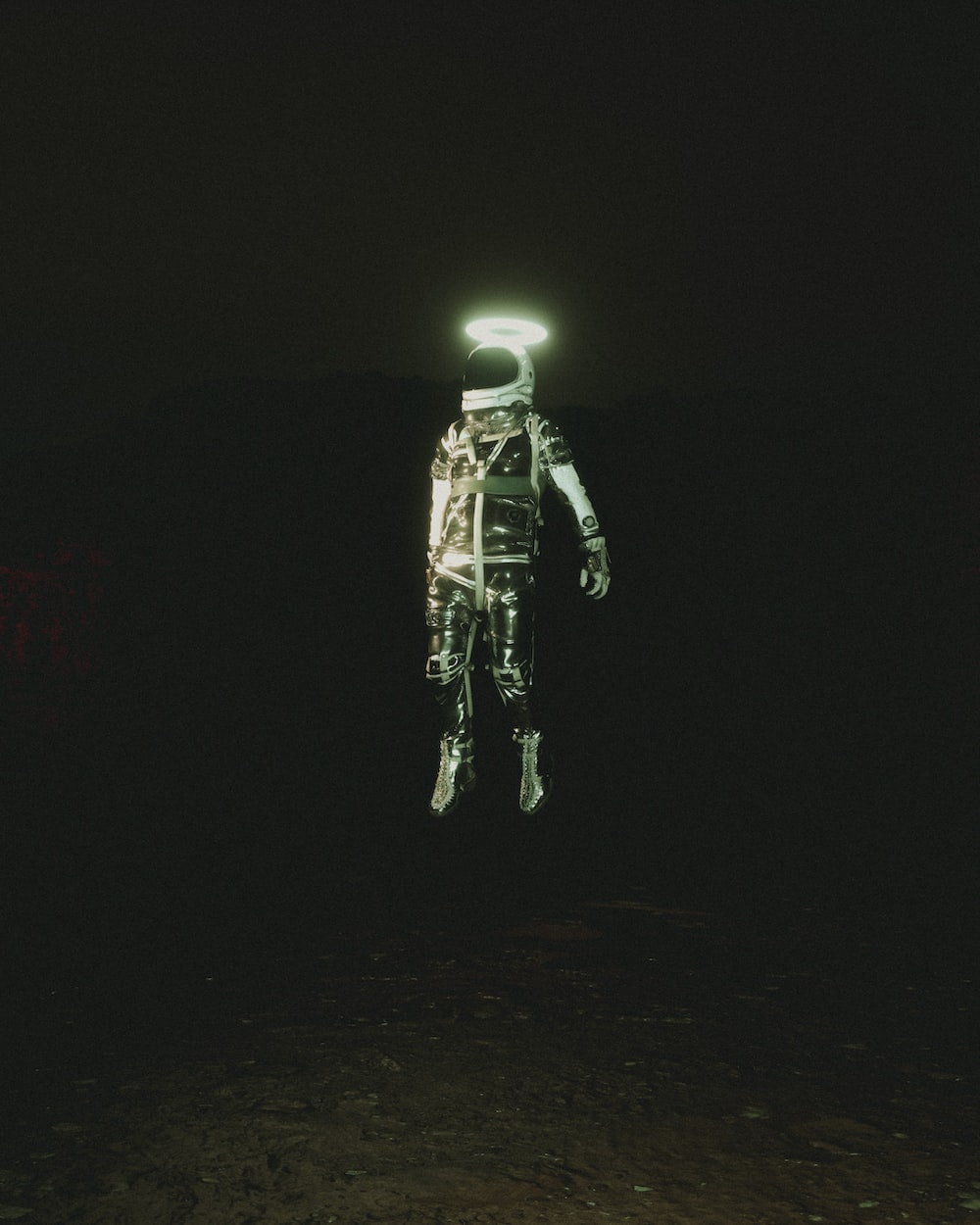 The God floated above the dark planet.  The native life forms thought he had to be a God, since there was a halo above his head, and although it may have been a neon halo, it was still a halo and besides, he was floating. That had to mean something, after all.

Some of the beings immediately got together and decided, then and there, to make a new religion.  They set up rules, deciding who would have power over others and who would enforce the rules, sending people to bad places if they broke the rules they were currently making up.

And costumes.  They had to have costumes.  Without costumes, no one would know they were working for this very special God, and should be worshiped as his minions.  After all, they would be the ones telling others what the God wanted them to do.

And buildings.  They had to have special buildings, so they could show how important their God was.  How important THEY were, since they were the God’s mouthpiece, so to speak.  Their word would be law.  Naturally, some people would be left out, that’s just the way things worked.  And everyone would have to pay them, because writing laws, making costumes, and building things, didn’t come cheap.  Besides, they would be holy and, therefore, deserved to live in luxury.  Servants were a must, good food, so they could stay healthy to carry out their God’s orders.  And special times would be set up for celebrations and worshiping.  All the planet’s resources would be theirs.  God’s need gems, and precious metals.  I mean a God’s a God and should only have the best.

Obviously there was a large gasp and then everyone watched the God touch down onto the small planet.

“Hey,” he said.  “I’m from earth.  We kill things.  I just saved you a lot of misery.  Never listen to anyone who tells you there’s a God and they work for it.  You’re welcome.

Then he shot away, since his oxygen was getting low and he had to get back to the ship. 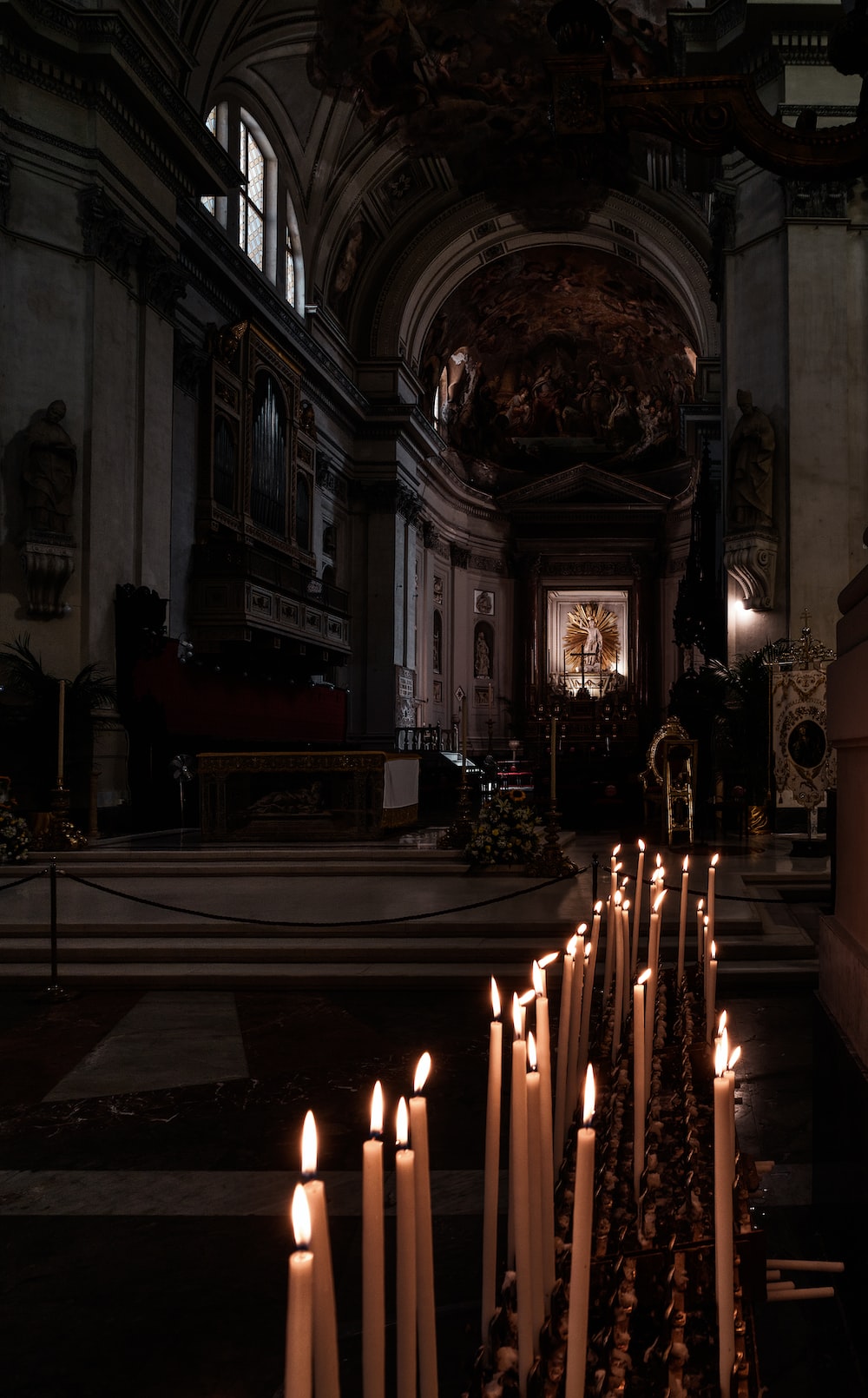 Ganesha…Lord of intelligence and remover of obstacles 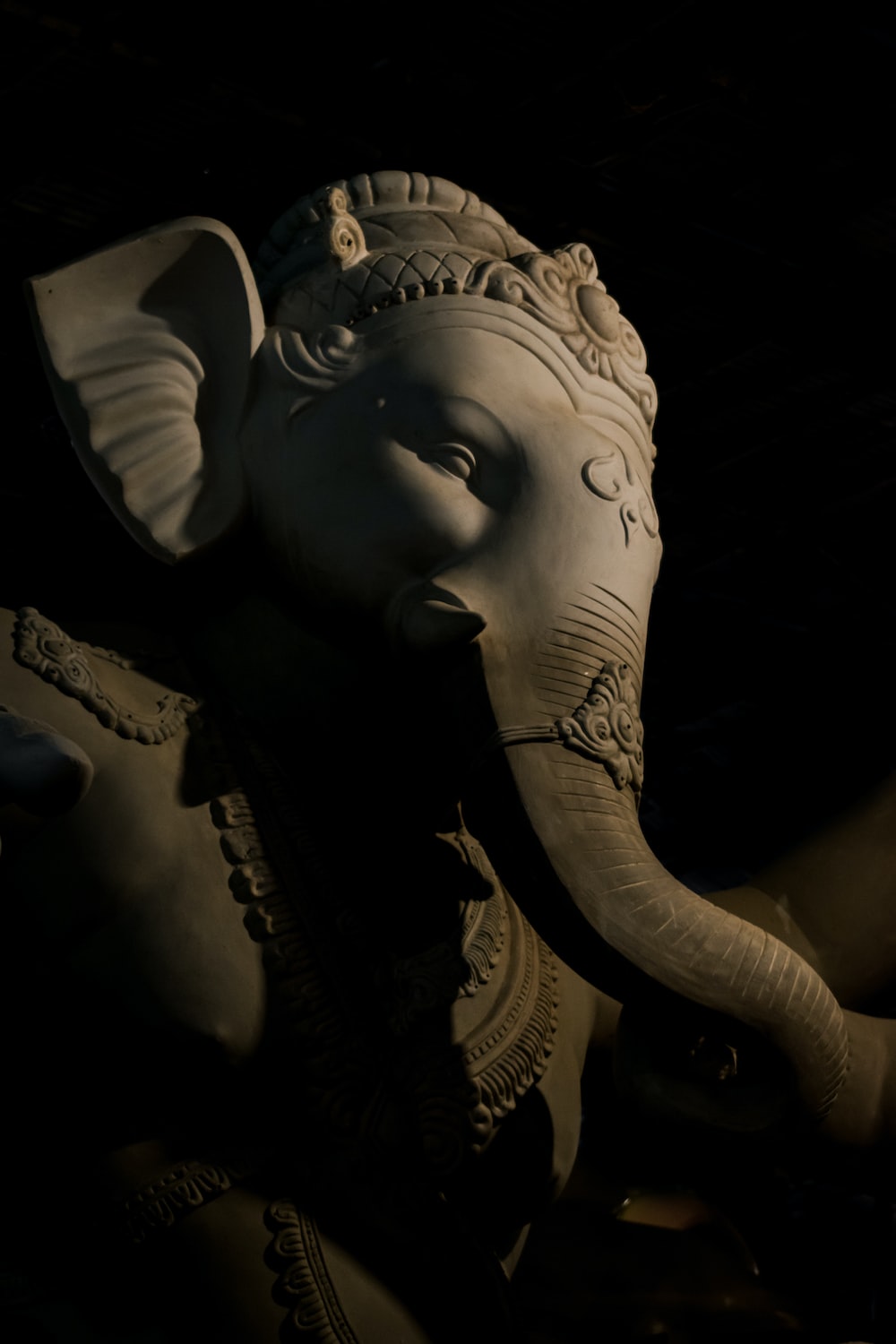 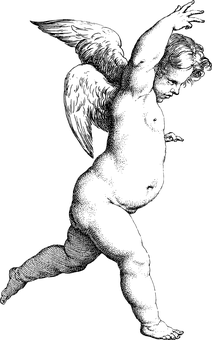 Light hit the first cherub hiding in the shadow, giving me glimpses of it’s baby face, pouty lips, fat belly, and one white knee.  The rest of him was hidden in the blackness of the alcove.

Europe is full of cherubs.  They live in churches and above doorways.  Some smile, others look evil.  I think they are.  Evil, I mean.  Some are leering and, now and then, one or two look innocent, but I doubt that they are.

Cherubs are the church’s watchdog’s.  Their hit boys.  They lurk and watch, their tiny wings fluttering, trying to hold up their chubby unbalanced bodies.  They hang around, looking over the shoulders of others, a ribbon or sash, their only clothing.  Perhaps they think of themselves as cute, when they wear nothing at all.  They do seem to love attention.

I see them more as something to use in Badminton games, when the birdies are missing.   I think they’re frustrated infants, locked into babyhood, never to grown into adulthood.  Spiteful, nasty bullies, precursors to today’s surveillance cameras.  Why else do you think the church made them up?  They’re narcs.

Loaded with cellulite, they hover, their fat little hands reaching for others, stern looks on their tiny faces.

Talk about creepy.  Stunted things, they flit back and forth watching the human race head toward oblivion.

Most people like the daytime.  A lot of people equate night with evil, or scary things, but that’s simply because we can’t see in the dark.

Here’s the thing.  If we could see at night, but not during the day, we would love the night and be afraid of, or dislike, the daytime.  It’s all about being able to see.

We put all kinds of meanings on things because we ourselves are limited in so many ways.  The things we believe aren’t true, or real, they’re just things we’re afraid of, or don’t understand, because of all the lies we’ve all been told.

We can’t see without light, not without infra red night goggles, so that makes things scary.  It’s as simple as that.  The night itself isn’t bad, and daytime isn’t better than the night, it’s our physical lack of night vision that make us believe the things we believe…not the things themselves.

It’s like that with everything.   We just don’t think about the things we believe, we just believe what we have been told/taught.  We need to stop that and instead, start looking at whether what we were told/taught, by parents, schools, CHURCHES, or anyone else,  has any validity at all.  All the lies about race, women, and everything else…all the lies, made up by others, FOR THEIR OWN BENEFIT, and taught to the next generation who believed them without thinking, have brought us to this horrible mess we’re in right now.

Our mistaken beliefs CAUSE the bad things to happen.  As long as the lies exist, we will never have peace, love, or understanding.  Anything that is NOT LIFE AFFIRMING and for THE GOOD OF ALL AND THE HARM OF NONE, is something that needs to be changed.  That’s one way to tell if someone else is getting a pay off for keeping things the way they are, instead of making them better.  Hate is taught.  Lies have always been passed off as truths from our government and religious institutions and yet the masses, who have been taught from birth, not think for themselves, swallow the lies whole and that teaches them who to hate and how to think.

It’s very sad and very deadly.  You can tell, by all the dead bodies.  Did any of us know any people from Viet Nam?  Did we HATE them and want to kill them before we were lied to about them?  Everyone who goes to Viet Nam today tells us that they are kind and gentle people.  Generous and sweet.  Lies lead to hate and death for absolutely no other reason than the men behind the lies, who grow rich and powerful over the dead bodies of those we love.

It’s happening right now, in the streets.  We can see it being played out by a moron in the white house.  His hate unleashed, his need for attention and power causing tantrums and violence, which he eats up and blames on others, when it’s like food for his hateful heart.

It’s pathetic and leading to a world of division, more hate and death.  While he sits on his thrown of ego, directing his republican goons, looking at his own face in his fun house mirror.

And just where is the ACLU?  Remember all the money that was poured into that organization when the moron was elected?  What have they done?  NOTHING AT ALL, as far as anyone can tell.  I mean he’s been here for four years, so…I guess anyone can be bought.

Evil is on the rise.  Evil, defined as those who lie and twist reality for their own good, not caring who they kill or trample on their way to power.

Meanwhile, a deadly virus is being used as a political weapon by the moron, who cares nothing for anyone’s life but his own.  He’s the darkness some people need night goggles to see.  I wish it were that simple.  We could pass goggles out to his followers, who might be horrified by the truth of what they would see.  But then again…like follows like, and bird of a feather, right?

People still bring their kids to priests.  So, I guess the truth doesn’t matter in the least.  Raped children/lambs, kids committing suicide, priests walking away free.  None of it matters to brainwashed people.  They are able to overlook evil and see it as holy, ordained by some invisible, made up god.  When you think of it that way, there is no hope.  None at all.  Morons on the white house, rapist priests, protected by the church, bad killer cops, destroying the names of good and honest police officers.  And lies everywhere, especially with the technology we have today that can show people saying things they never said, being places they never were and making reality up for whatever reason they like.

In case you haven’t noticed…we’re in trouble.