Archive for the ‘The right word’ Category

“I think the cats had fun at the party, don’t you?”

“Someone said that if we had worn masks during previous flu seasons, 130,000 people each year would be alive.   Instead of dead, I mean.  Well, the one’s from a looooong time ago would be dead by now, of course.  I mean they would have died from something else and not the flu.”

“I’m currently reading three books.  Two on Paris and one on Jean-Michel Basquiat.  I like all of them.   In 1983 a black graffiti artist, Michael Stewart, was beaten to death by cops, for his art.  How hateful is that?  What’s WRONG with people?”

“You ask that question almost every time I see you and you know the answer. You are a defective species who needs to become extinct asap.”

“And, you get all gloomy because of politics and there’s nothing you an do about anything.  You might as well just chill out and relax.”

“You’re like broken toys, and nuttier than five pound fruit cakes with those ugly green bits in them,” he said.

“A lot of people have run out of money, while the government takes time off and refuses to care about their hunger or shelter. The republican’s are trying to blame the democrats for not passing their bill but the democrats are holding out for MORE money to give people, so THEY CAN ACTUALLY SURVIVE.  Selfish republicans don’t want to give them anything and THEY SHOULD NOT HOLD THE POWER OVER THE LIVES OF OTHERS IN THAT WAY.   Those morons have more than they need and don’t care about those who have nothing.  And that stupid rent deferment plan is a horrible thing.  Poor people, WHO HAVE BEEN KEPT POOR ON PURPOSE, will have to pay the back rent, which will be a huge amount of money, all at once.  Why do the RICH GOVERNMENT PEOPLE THINK PEOPLE WHO CAN’T PAY THEIR MONTHLY RENT, WILL BE ABLE TO PAY BACK, BACK RENT?  WHERE WILL THEY GET THE MONEY TO PAY ALL THAT BACK RENT?  ARE JOBS GOING TO MAGICALLY APPEAR AND PAY THEM A SMALL FORTUNE?”

“It hurts my ears,” he said, shaking his head.

She rubbed his ears and kissed him.  “Sorry.”

“Winter’s coming and if they throw people out they’ll die.”

“And starve,” she agreed.

“While your government goes on vacation, or sits in front of a fire somewhere, eating like the greedy hateful things they are.”

“And they have insurance,” she said.

“Tell me something happy.”

“I meant, tell me something good that’s happening in the world,” she said.

“No one has reported a comet headed toward the earth in the next few days.”

“Well, what do you want me to say?  You’re all dropping like flies, you’re sending kids to school, plan parties for the weekend, ignoring the fact that there’s a deadly virus out there, and half of you can’t think far enough ahead to even wear a mask while some of you are hoping the south will rise again.”

“I’m always right.  I’m a cat and we’re never wrong.  You’re just miserable and stressed because of the election and the fact that winter’s on it’s way.  Then you’ll be longing for summer, knowing that winter stays for a long, long, long, long time.  You’ll be worried about all the animals who live outside and even though you’re used to staying in a lot more, you’ll want the days to be longer and sunny and there won’t be any Christmas this year.”

“I know.  Stop complaining, sit up straight, and give me some treats.  That will make you feel better.  Feeding me always makes you feel better.  You have to stop concentrating on what’s wrong.  Nothing you do, right now, is going to stop whatever’s wrong from being wrong.”

“I’m going to knit blankets for all of you.”

“To keep you warm during the winter.”

“Okay.  I’ll get houses for everyone.”

“That would be better.”

“I’ll see what I can do,” she said.  “There’s still room at my place and on the back porch. I have a lot of houses there.”

“Hummingbirds are so tiny,” she said.

“I know.  Hardly worth catching.”

“Think of Keanu Reeves.  That will help.”

“Wow, I’m glad I have your permission to leave.”

“You just don’t get sarcasm, do you,” she said.

She kissed him and petted him, while he tried not to bite her.  She came away with a few scratches but, as always, it was worth it.

The Conversation, The right word

The Gate…a story about the afterlife 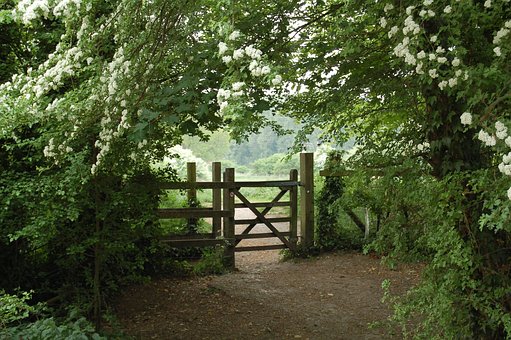 “I thought it would be bigger,” she said.

“Most people would agree,” he said, nodding.

“So this is the entrance to hell?”

“There is no hell.  This is the entrance to an afterlife,” he said, smiling at her.

“I don’t hear any screaming.”

“Who would be screaming?”

“The people who are being burned in some pit, I guess.”

“No kidding,” she whispered.

“What about all the bad souls?”

“There are no souls, just people who left the life they were living.  Men made up the idea of souls, so they could control the masses through fear.  It’s a con.”

“Can I go in and look around?”

“Not while you’re alive,” he said.

“This is a weird first date.  You know that don’t you?”

“You said you wanted to see where I lived.”

“I did, I just didn’t expect this would be the place.”

“Is there a heaven?”

“Of course not, but there are alternatives to here.  Your idea of heaven would be the place where those who believed what men told them to believe, would go.  There are a lot of rules there, things are white and a guy in a robe walks around and everyone feels like the lies they were told when they were alive, weren’t lies at all.  The people who choose that afterlife, kneel a lot and pray to other dead people.”

“Are there gardens there?”

“No.  It’s just a city with rules, bells and pompous spirits reading out of books they wrote themselves..”

“It’s peaceful here.  Everyone is happy and doing something they love.  That’s the way I wanted things to be, that’s why I couldn’t stay in the other place.  All the lies, power struggles, and manipulation weren’t for me.  I wanted something organic.  Something calming and free, so my friends and I made this place.”

“You can, just stay to the right, once you leave your body.”

“Tell me about another choice.”

“There’s a never ending Rave.  A lot of kids pick that one.  They can go to different stages and hear the music they love.  They can drink, party, do whatever they like, for as long as they’re there.  The best thing is that there are no hangovers, and no one ever feels sick, or exhausted.”

“I know people who would choose that one,” she laughed.  “Any others?”

“There’s one for people who want to travel.  They can go anywhere they like.”

“So the afterlife isn’t what we think it is,” she said.

“In a way it is,” said Lucifer.  “There are a lot of options and it feels like a continuation of the life you just left, at least until you have to go back, or pick a new life somewhere else.”

“What does that mean?”

“It means you can’t stay here forever.  When your ribbon turns red, you have to pick a new body.”

“Everyone who dies, gets a white ribbon.  When the ribbon turns red, it’s off to another lifetime.”

“What if a person doesn’t want to go?”

“The person can petition for an extended stay.  That means a she/he can ask others if they mind if she/he stays a bit longer. If people don’t care, and they never do, the person can stay longer.  But there’s only one extension, then one has to leave.”

“That doesn’t seem fair. You said this place was free.”

“It is.  Everyone is free to live as they please, but don’t forget that the larger game is about life, not death.  The game is about trying on different genders, colors, beliefs, cultures, planets, solar systems and all the rest.”

“What if a person doesn’t want to play?”

“Then the person is retired for good.”

“All deaths are real, but if one quits the game, she/he has chosen the Final Death.  No more awareness, consciousness.”

“No, it’s actually quite simple.”

“There is no free will, is there?”

“Not really.  All games have rules.”

“Are there rules in the garden?”

“Sort of.  One isn’t allowed to harm the plants, or the garden itself.  We take a holistic approach and foster life.”

I don’t think love is the answer to anything.  Wars are fought over love of country.  People are killed over love.  People beat their family members, according to their definition of love.  Yeah, love can be cruel and violent, as well as all the other things.  Not the answer.

Compassion isn’t the right word either.  It can be self serving and misplaced.  Given to people who don’t want, or need it. Used to get something from others. Not the answer.

Empathy is definitely not the right word.  It’s not even a word with a real meaning.  No one can put themselves in another person’s place…ever.  We can only use our own experience, or thoughts, to imagine what someone else is going through.  Not a good word for anything.

But there is a word that can solve the world’s problems.  It’s a simple word, but one that when put into play, erases all of the other words.  The other words disappear, as they should, since they never meant anything in the first place.   Not really.

There is only one word that can save the world and that word is kindness.  True kindness asks for nothing, it’s an automatic gesture, it’s what a person is.  There’s no thought to kindness, it just is. Kindness is a cure/answer to all of our ills.  It erases greed, power mongering, selfishness and violence.  We can’t be any of those things, if we are kind.  It’s simply not possible.  At least the way I see it.   Kindness opens our hearts and shows us that we don’t have to understand what another person/animal is going through, we simply have to see they are going through something, even if we don’t know what it is.  Our opinion, or understanding, isn’t important.  Kindness doesn’t need reasons, or explanations, it doesn’t need empathy, compassion or love, it simply sees a need and fills it. That’s why kindness is the word that the world is looking for.  We can’t hate, harm. or kill another living thing, if we’re kind.  On the other hand, humans can do all of those cruel things, if they use any of the other words.