Archive for the ‘Mason and Preston’ Category 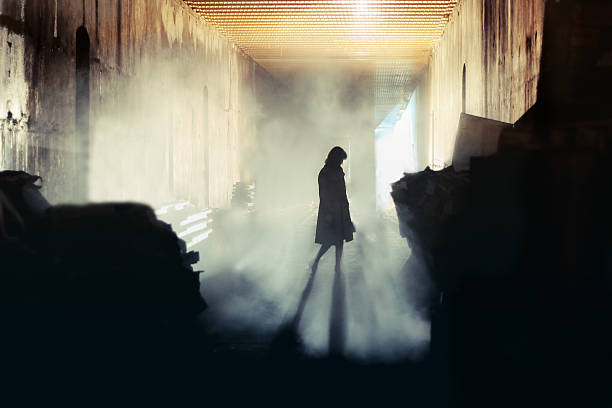 “I can smell the magic on you,” he said from his hiding place, his voice rough and low.

Agent Ann Mason stood silent, in the abandoned building, mist swirling around her.

“I’ve been following you,” he sang.

“I know,” she said softly, pulling up the collar of her coat. “That’s what you were supposed to do.”

He laughed and threw a stone at her, which missed and hit the wall.

“That’s what I was supposed to do?”

“You know the penalty for crossing into this reality.”

“Who’s going to kill me?  You?” he asked, sarcastically.

“You should have stayed where you belong.”

“I BELONG WHEREVER I WANT TO BE,” he roared.

He screamed and the spot of reality he occupied, wavered.  She saw him, his face contorted with rage.  He was covered in blood and the feathers of his stubby wings were burning, as he screamed. Once he was nothing but ash, reality snapped back into place and a gentle breeze pushed what was left of him, across the filthy floor.

“That’s six this month,” said her partner, walking up behind her, shoving his gun into it’s holster.  “If this keeps up, we might have to send an emissary to find out if there’s a breach.”

The gray tabby walked to where the angel had been and started slowly moving in wider and wider circles.  She meowed loudly and the agents went to her side.

They saw the triple triangles scratched into the bricks and bent down.  They photographed the image, then Agent Mason puled a Sealer out of her bag, held it against the doorway and listened for the explosion.

“Well, it is going through the universe, so it’s bound to make some noise.  At least they won’t be coming through this door any longer.  Pamala started meowing again and the agents looked at each other.

They walked around the corner and saw Pamala sitting next to a dead angel, laying face down in the gravel, a glowing blade sticking out of his back.