Archive for the ‘Mother’s Day’ Category

Have a Happy Mother’s Day… 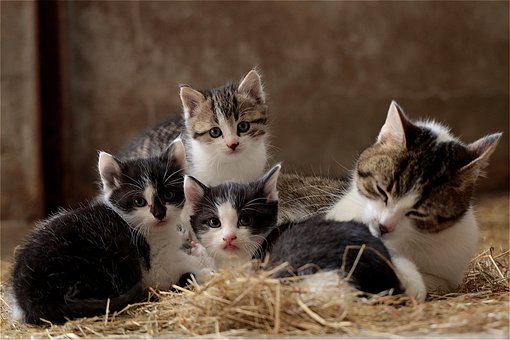 The chicklets wish everyone a Happy Mother’s Day 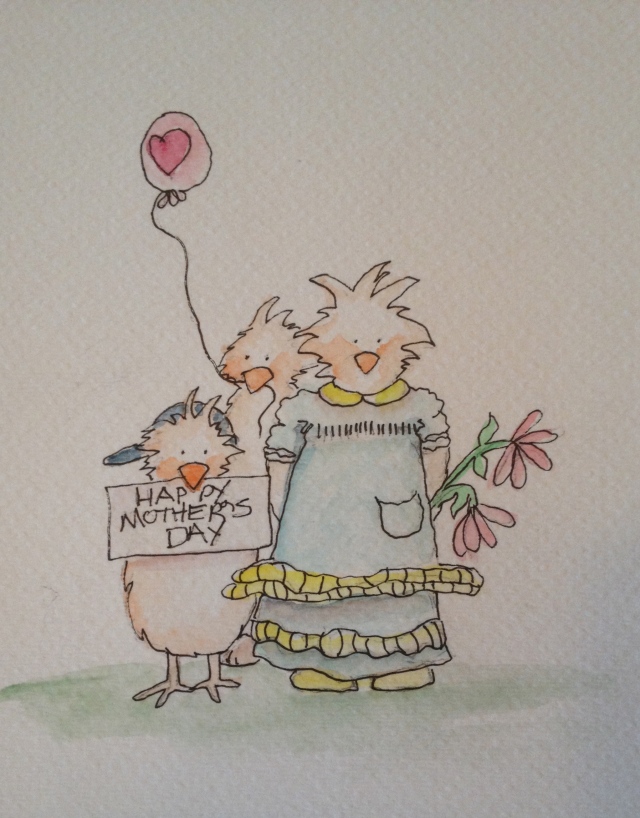 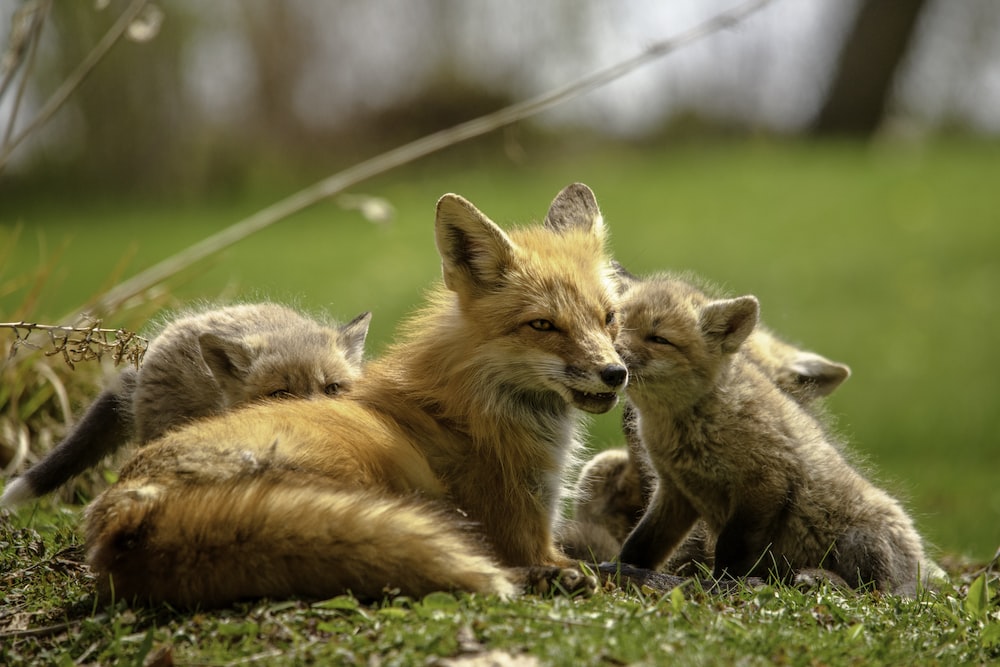 Have a nice day… 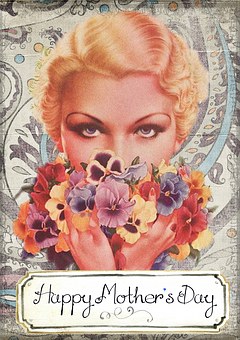 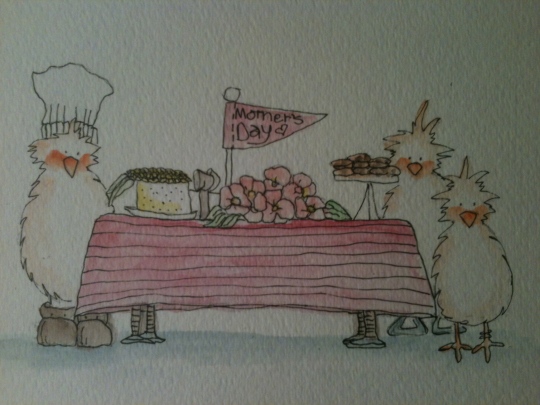 The Mother’s Day Flower Committee are ready for Mother’s Day. They have been handing out flowers, to the hens, all morning along. 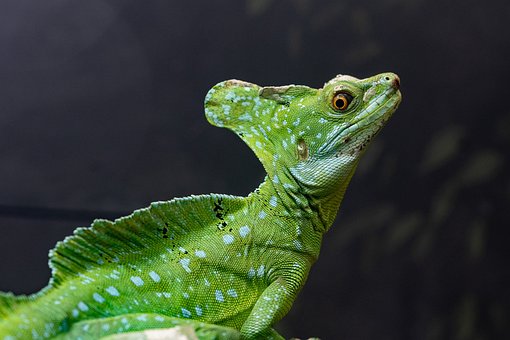 “Mother’s are just females who didn’t know what they were getting themselves into.”

“It’s a crap shoot.  You never know what you’ll end up with.  It’s not like that with kittens.  Sure, you’ll get a weird one, now and then, but for the most part, kittens are pretty cool and grow up to be nice cats.  With your species…”

“Why do you keep doing it?”

“We don’t always have a choice.  Our hormones override our intelligence.  They lie to us.  It happens a lot.  Once our brain have us doing what they want us to do, they stop producing the good stuff.  Then we wake up, and it’s too late to do anything about what we did.”

“Instinct,” sighed the cat. “It will be the death of us.  Well, eventually, I mean.  You guys forget that you’re animals too, and that you’re dragged around by invisible chemicals that run your life, just like the rest of us.  It’s pathetic.  Nature just wants more of everything, even if what they want more of, is deadly.  At least our kittens grow up and move on.  You guys are in it for life.”

“Most of us love our mothers.”

“You should.  The poor things.”

“It’s exactly like that.  You don’t get rid of the first litter to make room for the second, you just pile them on, then finally you get to die and have time for yourself.  Did you see the white flamingo mother on that program?  The one who stood on one leg, all by herself, cut off from the group, because she had an egg and her baby bird sucked all the life out of her, and she lost her color?  None of the other birds would let her play the mating game.  She has to regain her strength and eat shrimp so she turns back to her usual pink color.  It will take a year and until then, she’ll be an outcast.  All because of her egg.  And don’t tell me that it’s nature’s way of protecting her…that she didn’t have the strength to mate again, and has to wait until next year.  Her kid was killing her.  Her kid ate her color and made her weak, and white.”

“This is not a happy conversation,” she said, closing her eyes.

“Oh, is that what you want?  A happy conversation?  Then bring me a live bunny, or a chipmunk.”

“We’ve gone down this road many times and the answer will never change.  It’s always going to be the same. NOT IN A MILLION YEARS WILL I BRING YOU A LIVE ANYTHING!”

“See.  THAT’S what your mother had to put up with.  I hope you bought her something wonderful.”

“Why can’t you?” he asked, unsheathing his claws and stretching.

“Where did she go?  To a warmer climate?”

“Yes.  Life is never the same when someone you care about goes away,” he said.

“We did,” she said smiling.  “But I do think you’re right.  She didn’t know what she getting herself into when she had me.  I’m almost sure I ruined her life.”

“You didn’t have to live with me.”

“How about your mom?”

“I told you before.  She was brave, strong, soft, clever, intelligent, and she had great purrs.  I was lucky.  Jinx’s mom was taken by someone.  She fought, but couldn’t get away.  He still misses her and wishes he had been old enough, and big enough, to have defended her.  They were caught alone, far from the rest of us.”

“He never talks about it.”

“Do you think life is real?”

“As real as we make it, I guess.  But we don’t know what’s real and what isn’t, still we suffer just the same.”

“It seems that way.”

“We’re all coming to your place tomorrow, for brunch,” he said.

“We are.  We’re going to celebrate you.”

“You’re kind of like a mother to some of us.  Not to me, of course, because I can take care of myself, but to the others.”

“We’ll be there around noon.”

“Get a whole salmon or whale.  Something like that.”

“A whale?” she asked, in astonishment.  “Have you ever SEEN a whale?”

She bent over and kissed him, ran her hands down his back and fell into his loud purrs.  “I love you,” she said.”

“I’ll see you tomorrow at noon.”

“Some of those catnip mice might be nice too.”

“Of course,” she said, standing to go.  “Tell Jinx I love him and look forward to seeing him.”

“I’ll tell him you’re looking forward to seeing him, but guys don’t talk about love.”

He listened to her laugh, as she walked away.

“What?” he whispered to himself.  “What did I say that was funny?”