Archive for the ‘Media’ Category

The media…is setting the world on fire… 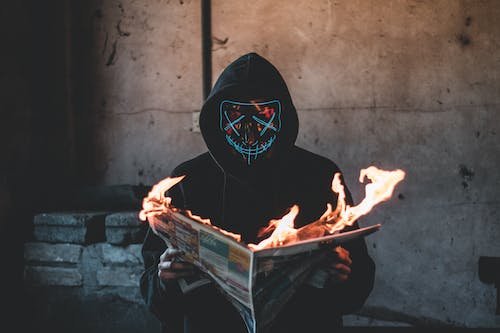 ‘This Changes Everything’: Geena Davis On Empowering …

Last night Debbie texted, “watch Rebel on hulu.  It’s you.”  I thought it would be a comedy but nope, it was about a loud, aggressive, in your face activist, whose kids never wanted to be activists, but were forced into it by their mom.  Sigh.

Okay, so I dragged my daughter on buses and planes, took her everywhere, to march, demonstrate, defend clinics, animals, and all the rest.

We didn’t do the mother daughter thing, the way a lot of other mother’s and daughter’s did.  My daughter was handing out leaflets, picketing Northwestern’s Animal Labs, furriers, marching in Washington, Springfield, going to International Feminist Conventions, and meetings, working for the ERA, doing voter registration and pretty much everything else, including letter writing, phone calls, coming to most of my lectures, and boycotting.  That was her childhood.

I adore her. She’s an amazing, professional, intelligent, strong, funny, LOYAL, woman, who is much nicer than I am, or ever could be.  I’m aggressive.  She doesn’t go for someone’s throat, until she’s tried other ways.  I give whatever it is about three minutes, and then I’m finished being nice.  So, when she said the character Rebel,on the program, and I were alike, she wasn’t kidding.  She said she kept saying, “There’s my mom,” while she was watching the program.  I have to ask her if that was a good, or bad thing.  Mmmm, probably bad, right?

My daughter’s like a warm summer breeze and I’m more like a nasty tornado, but we work amazingly well together.  We have each other’s back…always.  I think she’s so perfect because she’s like her father.  He was perfect too.  Our son, well, he was more like me.  Enough said.

Anyway, her nickname for me is, The Shredder.  I tell her I’m not that bad.  She tells me that I am.  We can both be right…or wrong.

We are who we are. 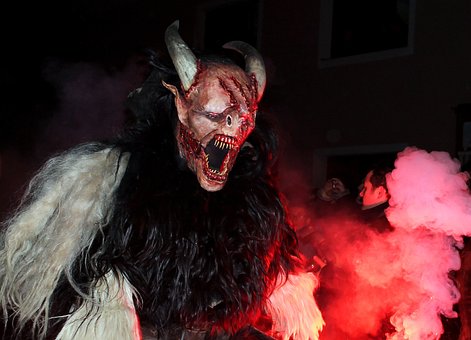 The monsters in books and on their covers, in stories, and films are always ugly.  Even if they have a glamour over themselves, underneath they are ugly, twisted, and gross.  I think that’s a simple fear reaction, or prejudice, because the real monsters look like republicans.  They walk and talk and have names like Mitch, Rudy, Orange one, Josh and, well, you know their names.  We all know their names.

The real monsters live next door, work in grocery stores and hunt day and night.  They vote against raises in minimum wage and hate with a vengeance.  They are evil and ugly and usually white.  Greedy, selfish and power hungry, they are equally as bad as anything that could come out of a science fiction hell-mouth.  Maybe worse.  They kill through war, starvation, deprivation, hatred and any other way you can imagine.

If TWILIGHT ZONE was still on the air they could have a segment where an “R” would be branded onto the foreheads of republicans, to warn others.  We could have “D’s” too, it that would make you feel better, but the monsters should be clearly pointed out to us.

Republicans should not be allowed to hold office, since their main goal is for personal power/gain without regard to the Constitution, law, or the needs of the people.

Theirs are the faces we need on the covers of books about evil and violence, hatred and greed, corruption and insanity.  But instead we have fake monsters, when the real ones are living right along side of us.

How does that make any sense?  We can see them.  We KNOW who they are.  They’re more dangerous than the guy in the first picture and they walk the earth every single day. 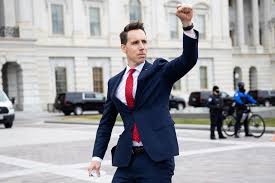 This is a picture of a monster inciting a riot.  Encouraging people to overthrow the very government he works for.  We KNOW WHO THE MONSTERS ARE and we do nothing to stop them.  Instead, we allow them to walk among us and destroy us as they go.

with Martin Scorsese
and
Fran Lebowitz

There are different categories, so be sure to look at all of them… 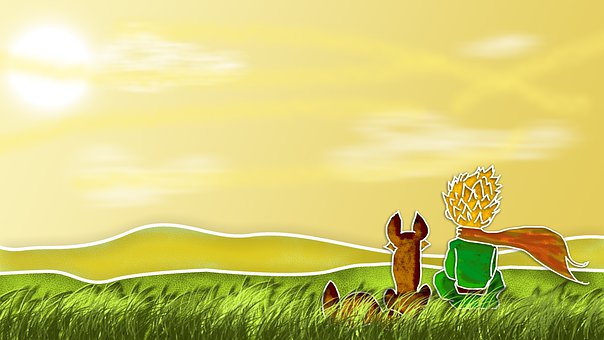 Last night I watched a documentary on ANTOINE DE SAINT-EXUPERY, the author of, THE LITTLE PRINCE.

I always have a problem with those programs.  All the people who spoke, had a reason and meaning for everything in the book.  They knew what everything stood for and why.  They paired the action in the book to what the author had gone though in his own life.

By the time the program was over, the magic of the book was completely dead, killed by taking it apart and dissecting it to death.

In truth, no one knows why an author writes what she/he writes, or all the reasons behind the words.  I don’t understand why we have to psychoanalyze everything.  Stomp on it, try to explain it, until there’s nothing left for our imaginations to play with.  I think we can manipulate things to fit any situation.  The ideas and meanings the people on the program gave, could be bent and twisted to fit any phrase or character they liked.

I love the fox.  I love the fox the way I see him.  I don’t understand taking away the personal meanings of those in books, and making them into one boring thing that touches no one at all.

I actually love the animated new movie, with the little girl and her older pilot neighbor.  I love it.  I LOVE THE FOX.  But I love them because of who they are to me, not because of how twenty people believe the author was saying something different.

It’s not right to take that creativity and imagination away from readers and act as if the rose stands for his wife and blah,blah, blah, when no one can be positive that it’s even true.

Anyway, I should have turned it off.  I will always love the fox and would love to have a stuffed and raggedy fox of my own.  Who wouldn’t want him?  But he means something different to each of us.  So does the prince.

They showed teachers and kids reading the book and taking it apart as well.  Kids being told what something meant, or being asked what they thought it meant.  That’s fine, of course, and even fun, at times…but only if it is said that there are no right or wrong meanings to a book.  That’s what’s important.  What we get from a book is personal and sometimes even secrete.  The fox, for me, doesn’t even have to be part of THE LITTLE PRINCE, for me to love him.  He’s cute.  Sometimes even that can be enough.  Okay, I do have a wee statue of the fox on my windowsill.  I told you I love him.