Life, from beginning to end…something happens…

…and life changes…again.  It’s always changing.  Life, like the universe, is not stable. We can’t count on it to remain the same. Staying the same wold lead to stagnation, happiness, or any number of unknown and guessed at things, and we certainly can’t have that now, can we.

When we come here, we are metaphorically strapped into the seat of the most terrifying rollercoaster ever built.  Our excitement may be high, if we don’t remember what happened last time we got on board, but once the buckle is locked, it’s too late to turn back, if we start to have flashbacks.  So we hold onto the bar in front of us, and try not to look DOWN.  STRAIGHT down.

It’s not a pleasant ride.  I mean eventually we have to fight our way out of a warm place where all of our needs are being met, dragged into the light, where it’s suddenly freezing cold and very LOUD.  Then we hear laughter, not from those around us, but in our heads, from the beings who know we did this to ourselves AGAIN.

After being tortured, we are wrapped up like a burrito and things start to get real.  We know what’s going on, but we can’t TALK, or MOVE, or SEE.  We are a completely helpless entity stuffed into a blob of tiny arms and legs.  We can’t do anything…at all, unless you consider flailing around, doing something.

Actually there is one thing we can do one thing.  We can plot our revenge, so that’s what some of us actually do.  We plot.  We plot against those who let us get on the ride.  We plot against pretty much everything, but mostly we plot against ourselves.  Well, except for artists, who are too busy looking at the back of their eyelids, or choreographing a ballet, writing music, or humming softly to themselves.  Everyone else is trying to run away.  The artist’s don’t really understand what they have gotten themselves into because they never catch on to reality as others know it.

So, in the beginning there is, OMG I DID THIS AGAIN, but then exhaustion sets in and we go to sleep.  For the next year we try to communicate, try desperately to tell our caretakers, aides, helpers, parents, whoever they are, that we know how to drive, ride a horse, build a dam and do any number of things.  Our words fall on deaf ears, since what comes out of our mouths is, “GAK.”  So unfair.  We are virtually prisoners in  undeveloped body suits and there is absolutely NOTHING we can do about it.

If we could write with our tiny hands, we could leave ourselves notes, reminding ourselves of who we really are, because we know we are going to be MADE to forget.  I mean you can’t have a bunch of brilliant three year olds, am I right?  Who wants to discuss the psychological theories of Vincent Van Gogh’s art, with a two year old?  So certain chemicals push certain buttons and flood through our bodies, without our consent, and we forget who we are once AGAIN.  Once we have forgotten, we wake up and say, “Goo,” and start from the beginning.  Everything is new.  We can’t even fight back, because we have no memory of what happened the day before, so our plots of revenge are put on the back burner.

For the rest of our lives, we look for something we know is missing.  What’s missing is WHO WE ARE.  The shadow us, can’t be completely erased, so a seven year old becomes a concert pianist, and a five year old paints better than Leonardo, a kid living in a hut, dances better than anyone ever has, and Tommy wants to be a dentist from the age of six.

Since the adults around us have no idea who THEY themselves are, they think their children are just brilliant, never realizing they are just being who they truly are and were.  We are ALL like this, each and everyone of us.  Who we are, what we do, what we love, all comes from the people we were before we came here.  People don’t really have GIFTS, they just remember more of their old selves. How many times have you heard some one say, “I don’t know how he plays the drums like that, there’s no musical ability in our family?”  You can say that about anyone who does something that doesn’t run in their family.

Fears and phobias come through as well, unfortunately.  It’s not all piano playing and toe shoes, feathered pens and voice lessons.  Bad things happened to those we used to be and the rollercoaster ride is terrifying, so sometimes those things color the lives we have here.  Weird phobias aren’t that weird, when you consider the fact that the kid who is terrified of something, was tortured during the Crusades, in one of his other lives.  Or a person who fears water because they were held under it, to prove they weren’t a witch.

Then people get older and end up in another body they can’t recognize.  The body they have been using for years, suddenly starts to look as if it should be donated to Goodwill.  Some people go to plastic surgeon/tailors, who nip and tuck, zip and fold, while others just let it all hang the way it falls.  This is usually when people begin to plot again.  Justifiably so.  i’m all for platting.  Some older folks just decide to sleep a lot to try and forget, instead of remember.

In the end, we get on another ride, and leave this place.  No one knows where that ride takes us.  We write on our arm, DO NOT GET ON ANYMORE ROLLERCOASTERS EVER EVER EVER, YOU IDIOT!  But the mind is a funny thing…and one day, we won’t remember why we wrote that on our arm, and we’ll see a shiny rollercoaster and think, “Gee, I bet that’s a fun ride,” and just like that, the insanity begins again. 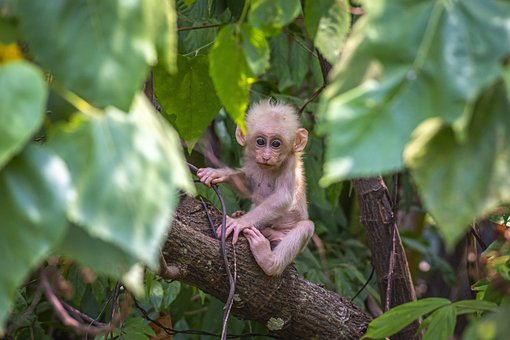