Archive for the ‘television’ Category 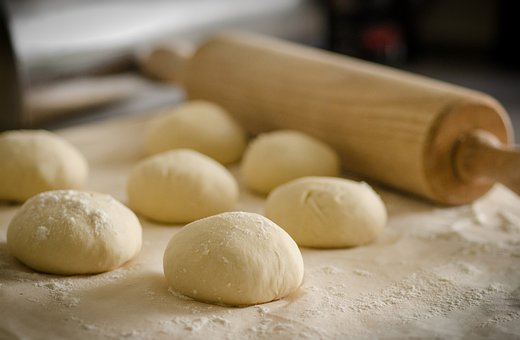 I’m not a “foodie.”  I can’t taste or smell anything, including skunks, or roses.  Life’s like that sometimes.  Allergies and a very bad case of flu, took those things away from me years ago.  When I do enjoy something, I have no idea how it tastes to people who can actually taste it.   I love pizza and chocolate, but I’m sure that what I think I’m eating, isn’t what others are tasting.  Having said that, I know that food probably tastes differently to everyone.

So, The British Baking Show.  I turned it on, because I thought it would be fun and something to watch before I went to bed, so I could get politics out of my head.  I watched a couple episodes and then just started fast forwarding to where the man and woman told the bakers everything they did wrong, or sometimes, right.  Mostly, it was a mixed bag.

The things the constants were asked to make were things I’ve never heard of in my entire life and I’m quite thankful for that, actually.  I had to skip the parts with the lamb, duck, venison and Goddess knows what other poor animals gave up their lives to be stuffed into a puff pastry.  Horrible.

So far, the show hasn’t made me feel any better. By fast forwarding, I was watching the shows in ten minutes, since I skipped everything but the judging.  I was looking for a brownie, a slice of cherry pie, with ice cream on the side, pretty much ANYTHING that I could recognize, but alas, it was not meant to be.

Here’s what I learned:  British people eat sponge.  I think that’s one of the only thing they eat, beside heavily crusted loafs crammed full with dead animals.  If someone counted how many times the word sponge was said on any program in the entire world, The British Baking Show would break every single record and start new ones.

They do eat bread and biscuits/which are sometimes cookies, but not the cookies that we eat.  Figs are big, in everything, including biscuits/cookies.  Mango, along with fifty other fruits and every spice known to humans, all go together into the same dish, no matter what it is.  Bread, desserts, entrees, sides…all include copious amounts of fruit, spice and sometimes sponge.  Creamy white stuff between perfect layers are important, but I can’t remember what it’s called.

The stress on the show is at a ten and if it could go higher than that, it would.  Men and women cry.  If they aren’t crying, their eyes, as they hear the bad news, are often filled with tears.  The show is not calming in anyway at all…hence the fast forwarding.

I couldn’t make a single thing they are asked to make.  Not one thing.  I don’t even understand the words.  Twelve Bridesmaids?  Really?  Who knew they weren’t supposed to look like…Maids of Honor, but tarts, (hmmm).  Even the people on the show, DON’T always know what they are making, but most of the things start with sponge, that’s for sure.

Sponge…not bread, is the staff of life in Britain.  Soggy sponge, dry sponge, sponge that wasn’t proofed enough, or was proofed too much.  Over baked, under baked, raw, wet, or squashed…sponge rules.  It’s all about the sponge.  I guess they use all the spices, and add all the fruit, jams, and other ingredients, because all they have to work with…is sponge.

It’s a tough show.  Again, that’s why I fast forward to the end of the challenges.  I don’t really like watching someone bake, or cry, or hate themselves.  But, I’m hypnotized by the end results of what they sometimes make.   It’s an emotional rollercoaster.

The two sidekicks are on the show as comic relief and to act as medics.  They are there to keep spirits up and comfort those who are near hysterics, or just feeling horrible, because someone is poking at the wet line at the bottom of their sponge with a knife and we all know that’s the kiss of death when it comes to sponges.

I understand it.  It’s a contest.  People are there to win and show their skills.  But it’s so PERSONAL.  So painful.

Another thing.  The contestants on the show are NICE.  Some of them HELP each other, if they are finished ahead of time.  They might be competing and they definitely want to win, but they don’t want other people to feel bad.  They know that when someone else makes the perfect sponge, and theirs isn’t, that they have to cook harder/better, or they’ll be off the show, but they still help each other or try and lift the spirits of someone in trouble.

The contestants BLAME THEMSELVES. They tell themselves they’re stupid, cry, get comforted by a medic, or another contestant, and then go back to their sponges.

It’s a weird show.  Stressful.  A show filled with sponges.  I know for sure that I’ve had  sponge cake in my lifetime, but I’m not sure if they think all cakes are sponges, or just certain ones.  I truly never heard of anything they have made.  Most of the stuff, I wouldn’t even taste, and that’s the absolute truth.

Anyway, I think I’ll let the poor bakers cry and beat themselves up in privacy.  I feel bad that they get so disappointed in themselves.  Some of them remind me of Eeyore, so morose and depressed.

Anyway, I guess I’ll have to keep looking for a funny show to cheer me up, because the baking show isn’t doing it for me.

I do, however, wish all of the contestants well and hope each of their sponges turns out perfectly.

THE TRUTH IS OUT THERE AND IT’S ON X FILES…

The only reason the government doesn’t shut down the show is because they don’t think anyone will believe what’s being said.   Great show.  Absolutely great.  They truly nailed what our government is doing.  I hope people listen.

I liked the new Doctor.  I liked the program and I loved the Dinosaur.  I was sorry the dinosaur didn’t have a larger role.  I was hoping the Doctor would get him back to his home planet.  Once there, since he could speak dinosaur, he might have had some interesting conversations with them.

The Doctor has more energy than I expected.  Yay!  Matt was like a Golden Retriever…and I liked him a lot.  He was long, lanky, physical and he grew on me.  I’m sorry to see him go.  He was sensitive and kind.   David…OMG YES, he was hyper and  fabulous. Awesome. He just did what he had to do and didn’t always spend time thinking about it.  I really liked that about him.  I was so sorry to see him go.  But this guy is different…older and with Scottish accent.  He’s a bit pale, but perhaps they can land on a planet and he can get a little color.  I think he’s going to fit right in.  It was nice to see old friends as well.   There won’t be any romantic play from now on…unless there is a more mature companion coming on board, that’s for sure.

So off to a new season, a new Doctor and new trips through the multiverse.

Got it right…THIS time:)

The new season of Sherlock started tonight, on PBS.  Everyone has been waiting, for what seems like a thousand years, for it to return.  Tonight’s episode was fun.  It’s a great show.

Elementary, is another program about Sherlock.  I love it.  The actors are perfect and it is very different than the PBS Sherlock.  Lucy Lu plays Watson and that is a nice change.  Both programs are excellent  and I truly enjoy them.

And what’s with Dr. Who?  A new doctor…ALREADY?  Blah.  We didn’t have this Doctor long enough to get to know him.  Well, the new Doctor looks older and small…so we shall see.

Wouldn’t it be fun to have the Doctor drop in on the PBS Sherlock?  Hmm…someone write a screenplay, please.  🙂  Sherlock meets the Time Lord…Planets and Ginormous Egos clash!  Ta da!!!!