As the sun started to go down, and the baby chicklets had to be herded back to their nursery, it was time for The Halloween Poetry Slam…

Everyone lined up to read their poems.  Excitement was high and the poetry was wonderful.  There was a lot of peeping and wing flapping throughout, and everyone had a very good time.  Melanie, read her poems last, because she was the star.

Below are a smattering of poems that were read on stage.

And the grand finale…two poems by MELANIE!!!!

Jeffery is a precocious pinto bean
Agnes makes a terrific tambourine
Ivan amazes as a time machine
Little Lily is an adorable tangerine
Watch them bouncing on the trampoline!
I bet it’s the first time you’ve ever seen
A rhyming costume party for Halloween!

is that a mouse squeaking?
is that the floor boards creaking?

do you hear the leaves that crackle?
as the witches darkly cackle?

it might be scary, but don’t you scream
it’s just the sounds of Halloween!

We all hoe you enjoyed the readings.  Thank you.

From: Candy…all old white men destroying the world…together…the bottom picture shows us the clowns we are dealing with now. 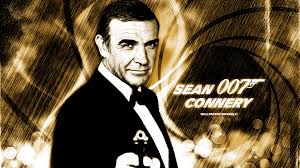 Too Many Miniskirts, Not Enough Serial Killers — Musings from a Tangled Mind

My favorite time of year is when the cool crispness of fall settles around us. The leaves turn it up a notch with vibrant oranges and brownish reds, dancing towards the ground like feathers in the wind. Cozied up in sweaters and scarves, drinking spiked apple cider is a seasonal bliss we all should have […]

Too Many Miniskirts, Not Enough Serial Killers — Musings from a Tangled Mind

I have two daughters. I want them to have equality in their impact on the world. Culturally women have been taught to make people feel more comfortable and at ease. We can have trouble standing out, speaking up, being ambitious and strong. We undermine our thoughts and ideas with weak language. Have you noticed how […]

Clarissa’s best friend is a duck named Flo.  To honor their friendship, Clarissa’s Halloween costume reflects their close bond.   Flo quacked for several minutes, when she saw her friend, and they were both so happy they went and had ice cream and missed the first two stage acts. Still, the ice cream was delicious and they played with the rhinos’ on the way to the party barn. They are going to take a Gondola ride tomorrow morning, although Flo may be in the water for part of the time.

One of the treats tables…

Beth brought Fairy Lights and Holly, who is responsible for the treats tables, made her well loved Corn Bread and so many other goodies, as well as bowls of candy corn.  The chicklets and their guests love her baking and treats.  Holly also brought her dog, Tide, and cat, Bagheera, as well.  Tide was a bit shy at first, but the chicklets sat quietly next to where he was hiding, until he felt safe enough to come out.  Bagheera was fine right from the start and promised not to catch and eat anyone. There is hay, carrots, apples and all kinds of treats for everyone.  Treat tables are always set up everywhere, since there are so many different kinds of guests.  Some of the food has to be low to the ground, since a lot of the chicklets and guests can’t reach the tables.  But everyone manages and they always help each other.  Holly make sure everyone has enough to eat and she keeps the tables neat and tidy.  She smiles a lot and she knows how to take care of hungry chicklets and their friends.

“What do you mean?” she asked, unpacking her tote bag.

“We’re kind of skipping it this year because of the virus.”

“You mean the trump virus, or the Covid virus?”

“He said doctors are liars, saying that people who die don’t have Covid but they get more money if they say they die from the virus.  So, all the brave women and men who risk their lives everyday are just a bunch of greedy liars to the republicans.  I wonder if he is counting the doctors and nurses who died, trying to save people?”

“I can’t talk about this,” she said, sitting down on the stairs.

“I heard about what he did in Kenya.”

“He’s so evil, I don’t know why he doesn’t catch on fire and burn to ash right in front of all of us,” she whispered.

“Lots of girls are going to die.”

“And not one single male who made them pregnant.”

“It’s always like that,” he said, eating the last of the sardines.

“He pulled all money out of that country if they even talked about birth control, or abortion.”

“Suicide will go up.”

“And dead women, from back alley abortions.” she said.  “He’s responsible for so many deaths.  He’s so ugly and hateful.”

“Without a doubt.  He picks on the poorest people who have no alternatives and absolutely no resources.  The women get cancer checks and HIV help from those clinics, and now that’s gone as well, all tied to the money he stopped letting them have.  He’s hatred on two orange legs and he takes children out of the arms of their parents, won’t let them have medical treatment, even in other countries.  He’s the third anti-christ, after Napoleon and his hero, Hitler.”

“Hard to argue with reality and the truth,” said the cat, licking his paws, washing his face.  “He never makes a single thing better, only horrible.”

She sat down and put her face in her hands.

“What will you do if he doesn’t lose?  I don’t think Canada will let all of you in.  I mean a lot of us could probably cross the border, if we wanted to, but everyone loves cats,” he said.  “Americans aren’t liked very much nowadays, even by each other.”

“Truths are all over the place, if you look,” he said, rolling over. “But what’s truth for one isn’t truth for another.”

“What happened?” she said.  “Where did all the hateful people come from?”

“They were always here, but one of their own finally got into a position of power and it’s like a hell mouth opened up and they just all spewed out.”

“Is that supposed to be a Halloween image?”

“If you think it is,” he said, eating his treats.  “You’re all acting like a bunch of sheep being herded into the corner of a field.”

“You should have a plan for Wednesday, either way.  But you don’t, at least not that I can see.”

“No, it’s called inability to form a workable plan with enough people.  There is such as thing as an internet, you know.”

“I think it’s more about guns and his ability to kill people in the streets.”

“Well, there is that,” he said, grooming his back leg. “People will die, one way or the other.”

“Winter is pushing its way in.”

She nodded.  “Jingle, jingle, all alone.  Not a lot of parties this year.”

“Got you thinking about something else, didn’t I?  Besides, all of us will come to your house for a big cat Catmas Party.”

“I already told everyone.”

“He did,” said Jinx, starting to eat his food.  “He told everyone.”

“Decorate the tree with live mice, will you?”

“NO, I will NOT decorate the tree with live mice and you know it,” she said.

“I brought more of your favorite treats.”

“Oh, gag,” said the cat, his tail thrashing back and forth.

“I love you too,” she said, making kissing noises all over him, playing with his ears.

He laid as flat as he could.  “What is your PROBLEM,” he hissed.

She kissed him some more.

“Wow, thank you,” she said, snickering.

“He doesn’t mean individual gifts, maybe a few blankets for the Queens and kittens, water dishes, things like that,” said Jinx.

“I get those for you all the time,” she said.

“The homeless take them and mean kids do too.”

“All of you come and live with me,” she said, immediately.  “Tonight.”

“You don’t have enough room for all of us,” said the cat.

“I do.  I wasn’t going to tell you until next week but I bought the building I live in.  You know it’s a two-flat and I’m turning the first floor into a cat live in home.”

“I’ll tell the others and let you know.  Are there cat flaps?”

Jinx jumped onto her lap and pressed against her.  “Thank you.”

She held her breath and wiped at her eyes.

She shrugged.  “The world is so mean,” she said, softly, “that when someone is kind…it hurts.”

Sammy opened the Halloween festivities with a talk about superheroes.  He loves his Halloween costume.   He runs through The Coop, his cape flowing behind him.  Everyone thinks he looks great and they have been asking him to help out with things, since he looks so strong.