Archive for the ‘Reindeer’ Category 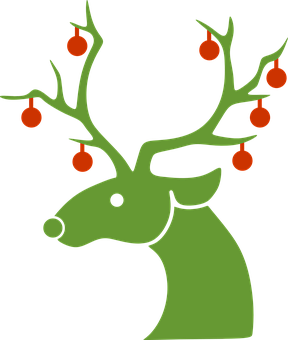 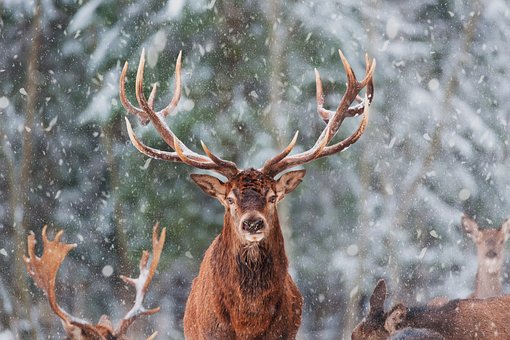 I’m here to talk about the pulling of Santa’s sleigh.  (grumbling in the background) I am speaking for the others, having been elected as spokesdeer for the herd.  (nodding of heads)

Once a year reindeer fly for a night, and pull a fat man in a red suit around the world, so he can deliver toys and things to human children.  You guys used to live in caves, now you believe in flying reindeer and Santa.  Think about that.  You call it imagination, I call it…well, never mind what I call it, it’s just that if you can imagine that kind of thing, why can’t you imagine a way to stop CUTTING DOWN TREES?  (LOUD grumbling in the background)

Sorry, I didn’t mean to YELL!  (laughter behind him). So, while reindeer can definitely dance and prance, we think it’s far from politically correct to use those attributes as  names.  Comet?  Cupid?  What’s a Donner or Blitzen?  Isn’t Blitzen a food product?  (laughter)  Hold on a second……(mumbling)

Okay, I was thinking of a blintz, or a crepe, but either way, I don’t know what a blitzen is, do you?  The point is, you all think its a great gig to pull a heavy sleigh through the freezing cold night, just to give human beings stuff.  (nodding of heads).  It’s not.  The sleigh weighs a ton and Santa weighs a ton too.  It’s hard work pulling all that weight while flying through air that’s far below zero.  Our herd is against reindeer sleigh pulling, and  flying for fun is one thing, to fly strapped to a sleigh, is something else entirely.

Why couldn’t you make up a story about a FLYING SLEIGH, and give the reindeer a break?  Why don’t you guys fly around and pull the sleigh with a reindeer in it?  Sure, you never thought of THAT, did you. Humans NEVER think of those things.

And you know why the reindeer fly so high?  Because you shoot at them, if they fly lower to the ground.  You try to kill the reindeer who are working hard to give stuff to you.

My herd and I were on the Sant’s reindeer recruitment list.  We crossed off our numbers and fled.  No amount of cookies or carrots, warm stalls or recognition, would be enough for us to join up. (vigorous head nodding)

Vixen tried to resign, but the elves found her and brought her back.  We are going to liberate her, the day after Christmas.  The reindeer are being closely watched at the moment, to make sure no one escapes.

I just thought you might want to know what it’s like from this side of the sleigh.  (grumbling in agreement)

The Magic of reindeer…

Magic is all around us.  Too often we are living in our heads, locked in circular arguments, planning the future, thinking of the past, wondering what’s for dinner.  So closed off that we can’t see what’s in front of us.  Beauty and magic…that’s what’s there, if we but open our eyes.

I came out of a restaurant, a few years ago, and when I went to get my car, there was a full gown doe standing there.  She was magnificent.  We stood and looked at each other, for at least five minutes.  She was so beautiful and sweet.  She was calm and had been nibbling at the grass by the edge of the woods.  I kept thinking things to her…I love you.  You are beautiful.  Thank you for letting me see you.  I’ll never forget you…not ever.  She stared at me and I kept thinking at her.  I felt a sense of peace that was so yummy.  We just kept staring at each other.  No one came into the parking lot the entire time.  We were completely alone.  No sounds, just the two of us in a moment out of time.  Eventually she nodded at me, turned and slowly walked back into the woods.  I think of her all the time.  I remember every single detail because it was magic and I walked right into it…we were two beings saying hello. It was a hyper state, where time seemed to slow down and nothing else was happening.  I watched until she was gone.  I stood there for awhile, just coming down, as things returned to normal.  Life can be incredible. For a Chicago girl, seeing a wild deer close up and spending time together, is quite out of the ordinary.

Admittedly, the reindeer is beautiful, the artwork fabulous.  To be honest, however, I like a little more meat on my reindeer.  A reindeer with a heartbeat and eyes.  But all reindeer eventually look like this beauty, so I suppose if he wants to keep working, it’s up to him. He has wonderful antlers.

The expression on this reindeer’s face, is so shy and charming that I can’t stop looking at him.  Magic swirls around him and he’s in tune with the entire night.  I wish I could hug him because some things are just so sweet that that’s the only thing one can do to stop the yearning.  If you hug a reindeer, or a horse, your hearts beat as one.  It’s a wonderful feeling and alway showed me that the horse and I were the same.  Just lean into one, put your arms around him, your head against his neck, and then you’ll know that heaven isn’t somewhere in the sky, it’s really in your arms.