Archive for the ‘Sandi and The Bookstore’ Category

Sandi and the bookstore 2

Tom looked at Carlie, her back rigid, anger rolling off of her, as she looked out the door.

“Nothing,” she hissed.  “Do you have Sandi’s address?”

“Why would I have her address?”

Carlie dug her claws into her biceps.  Just a little book, she thought, trying to get her demon back in it’s cage.

“The book could have been in the dollar bin,” he said.  “It wasn’t written in English and you know we don’t sell a lot of foreign language books.”

“I’ll be back,” she said, pulling the the door open.

“Where are you going?”

Sandi left the shop and walked around the corner to her car.  She jumped in, threw the book on the passenger seat, and pulled away from the curb.  She drove south for forty minutes, then slowed as she entered a sweeping circular driveway.  She parked and walked toward the beautiful, gigantic, handmade door, that was, for all purposes, alive.  She ran up the stairs, put both hands on the dragon’s side and waited. The dragon smiled, asked her for a date, then licked her face.

“He’s waiting for you my bite size treat.”

‘Honestly, Henry,” she sighed.  “You’re far to old for that kind of nonsense.”

“Dragons are never too old, my delectable tidbit.”

Sandi shook her head and walked inside.  Mob boss, Joseph Marcuso was waiting for her.

They went up the graceful stairway with the hand carved dragon rails.  “Be polite, my lovelies,” said Marcuso, to the banisters.

The dragons smiled at Sandi and called to her in whispers.  “Knock it off,” she laughed, and no biting, or nipping.”

The dragons pretended to pout, and she felt one lick her arm.  She slapped at him and he chuckled.  “Wee morsel.  Will you be mine?”

“In your dreams, Scales.”

“My pretty one,” he sighed.  “We would make such a glorious team.”

“Wait in the hall,” she said, brushing past him.

The child lay on the bed, as still as death.  Pale, frail and ghostly.  Sandi walked to him and sat on the edge of his mattress.  “Time for you to wake up, Conner.”

She didn’t need any focus items.  She didn’t really use magic.  She simply began chanting the spell she had become so familiar with, it was like singing a favorite song.  And when she came to the end, she said the word that had been missing. The word written on the scrap of paper she found in the book.

The second she said it, she felt a flutter of wind, like a small tornado, flit through the room.  She saw dark red ash, rise from the tiny chest in front of her.  She heard screaming far, far away.  Someone was enraged, that his curse had been broken.  The she heard coughing, and the boy’s arms moved.

She got up, went to the door, opened it, and smiled.  Marcuso rushed past her and fell to his knees next to the child.  She walked down the staircase, pushing amorous dragons away from her.  She stopped stopped by Scales and scratched him on his neck.  He closed his eyes and sighed.

“I’m not small, you silly dragon.”

The man suddenly standing next to her, stared at her with green eyes, then picked her up and kissed her.

They heard the door open and the dragon morphed back into the railing.

“Ah, you’re still here,” said Marcuso.  “I can never repay you for what you’ve done,” he said, handing her a check for more money than she’d ever seen in one place in her entire life.  “I want you to work exclusively for me.  You can live here, or in the carriage house.  You’ll be safe and protected.  I’ll have my men bring your things over tomorrow.”

“I’m not.  You know whoever threw the curse will come looking for you.  You won’t be able to protect yourself with your little gun and no magic.  Your signature is on the wind, loose in the world.”

“I have to go.  The doctor is with him.  Dominic will see to everything,” he said, nodding at the man standing at the bottom of the stairs.  “Anything you want, is you yours.  You have returned my son to me.  I am forever  in your debt.”  With that he bowed, and went back up the stairs.

Sandi looked at the railing.  It was quiet.  The kiss lingered on her lips.  She ran her hand over the dragon’s back, felt him tremble.  She smiled, and scratched at her arm.  Then she went down stairs to talk with Dom.

Carlie felt the curse break. Her  Master was going to be furious.  He would blame her.  She would be punished.

Sandi and The Bookstore, Short Stories 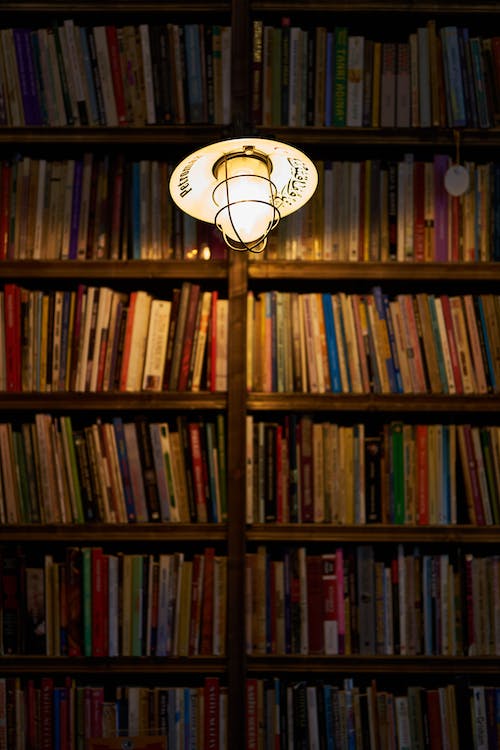 The used bookstore was dim and smelled unpleasantly of old books.  But she went there everyday and stayed from morning until closing.  The owners were so used to seeing her, they brought her a donut and juice each morning, since she was always leaning against the door, waiting for them.

It’s not that she didn’t have anything else to do, and it wasn’t because she loved bookstores.  It’s just that if she wanted to break the curse, she had to find the right book, and the scrap of paper that was hidden inside of it.  She hated curses.  Some of them took a long time to break.

If people only knew how much magic was being thrown around, right in front of them.  How spells and curses, sometimes missed their mark and landed on some guy who just stopped by to pick up a cheese danish.

Sandi was a null.  Magic didn’t stick to her, that’s why she was in high demand and never stopped working.  She liked her job.  But this last curse was complex and woven with many threads.  One thing always lead to another.

Then she found a clue, which led her to the bookstore.  Supposedly, the last thing she needed to know, was written on a scrap of paper and hidden in a book.  She’d already been searching the shelves for two weeks, without any luck.  The task was beginning to feel impossible.

She was in the mystery section when she saw a small book, wedged behind the neat row of books in front of it.  She pulled it out and looked at it.  The cover was stained, the pages yellowed.  She sat on the floor and gently flipped through it.  Then she went through it again.  She was ready to put it back, when she noticed that the paper on the inside of the front cover, wasn’t lined up properly.  She pulled out her pocket knife and carefully separated the paper, from the backing.  And there it was, a single slip of torn parchment, filled with ruins and look away spells.  Right in the center, was was the word she been looking for.  She quickly shoved the paper into her pocket and went to the front desk.

“Finally,” said Tom.  “You found something.  I was beginning to wonder if it would ever happen.”

“How much?” she asked, laying the book on the counter.

He ran it over the scanner and frowned.  “Hmmmm,” he said, softly, typing on his computer. “This book is not in our inventory.”

“Why not?  You own the shop, you can do whatever you like.”

She put a twenty on the counter, and thanked him for all the juice and donuts.

“Aren’t you coming back?” he asked, as she headed for the door.”

“I found what I was looking for,” she said, waving at him.

“Well, see you around,” he said, putting the twenty into the drawer.

“Who were you talking to?” asked Carlie, coming down the stairs.

“Sandi.  She finally found what she was looking for.”

“Really,” said Carlie, softly, looking toward the door.  “And what was that?”

“Some old book that wasn’t in our records.”

Carlie turned and walked toward the door.  She didn’t want Tom to see that her eyes had turned blood red.

Sandi and The Bookstore, Short Stories