Climb into a good book and READ… 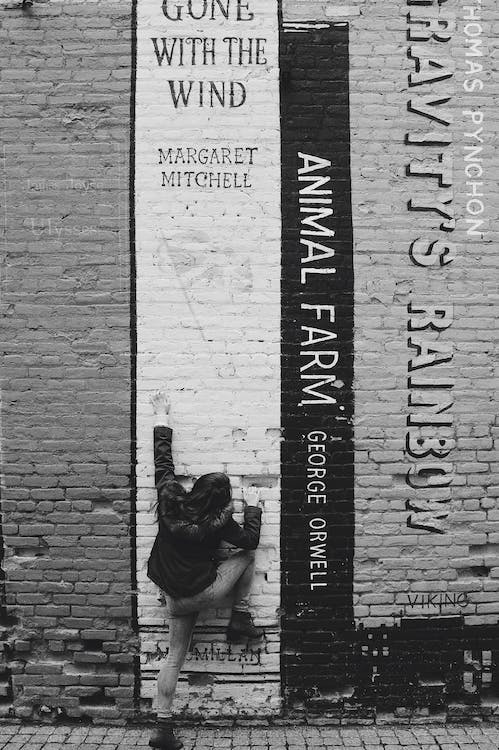 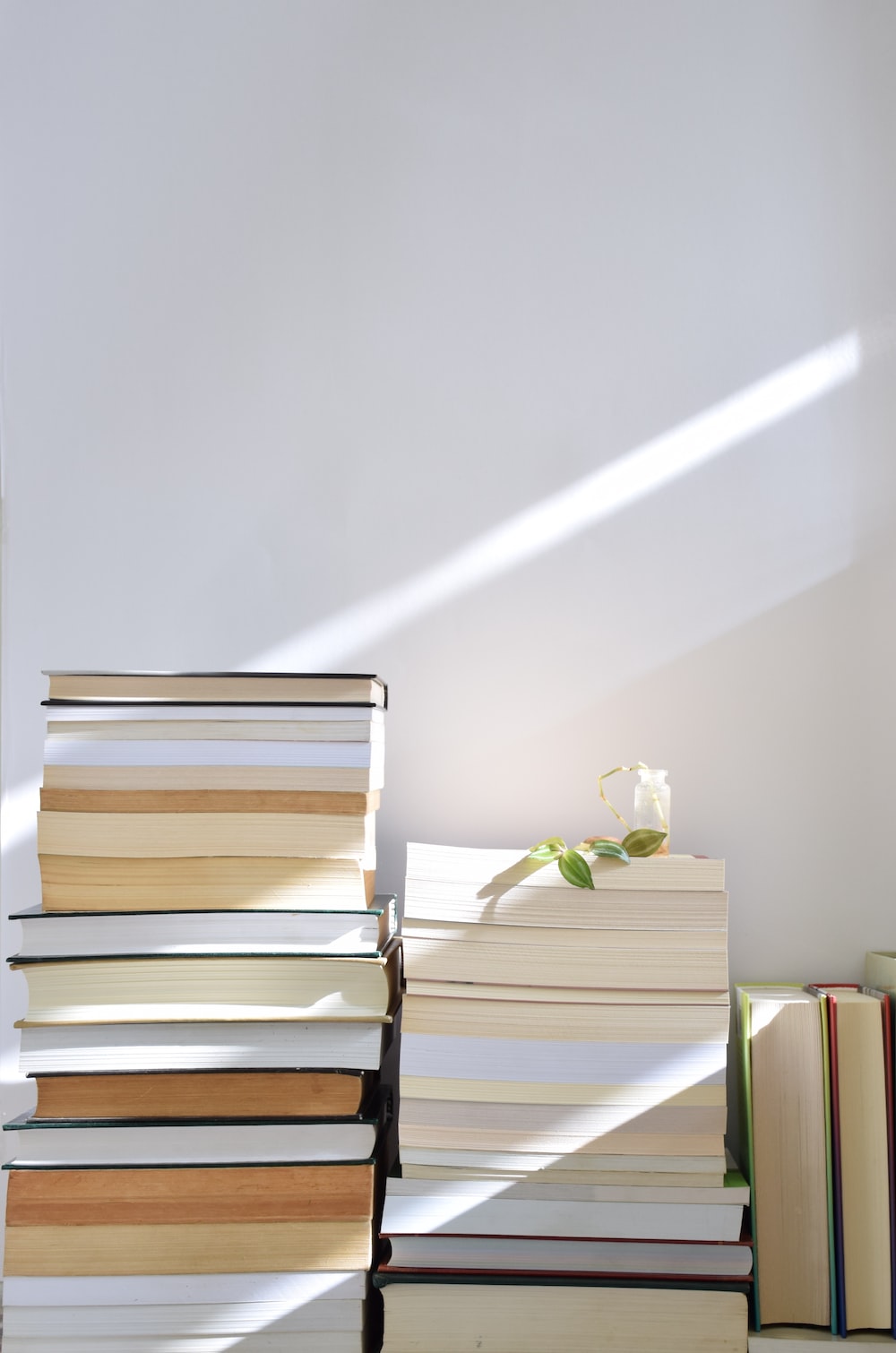 This is why I love independent bookstores, dogs and cats, from: Bored Panda

Reminding you of two very good books on resistance… 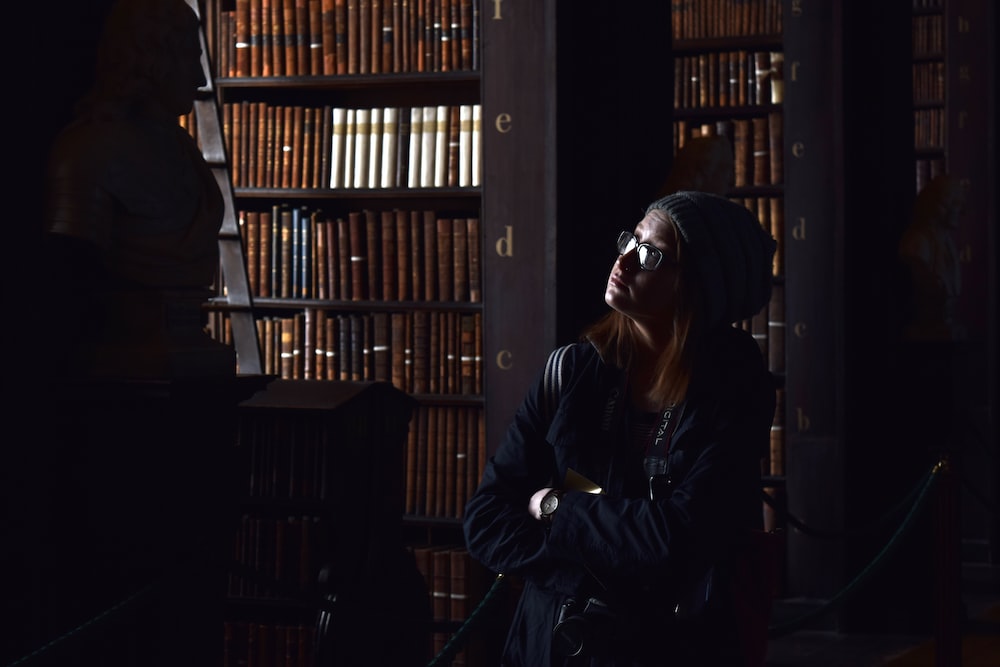 I have a friend who will not buy a book if there’s a map in the front.  She opens a book, looks through the first few pages, and if she sees a map, that’s it. She looks at me, says, “Theres a map,” and the book is back on the shelf, or table.  If I’m farther away from her, she holds the book up, with the map showing, while shaking her head in disgust.

I don’t like maps either, but I am able to ignore them.  My friend, believes the author doesn’t know how to write because if s/he did, s/he should be able to tell her where things were, and not make her look stuff up.  I can understand that.  Maps freak her out.  And she hates looking stuff up.

I won’t buy books with a cowboy, a pirate, or a half naked male model with a woman throwing herself at him.  In other words, I don’t read romance novels.

Every time I see a blurb, in an ad, or on a book cover, that tells me THIS IS THE TRUE STORY OF…THE AMAZONS, CAVE PEOPLE, whatever, I don’t want to read it.  There is no way that anyone can know the true story of what happened in the past.  None.  Everything is pieced together by fragments of pottery, beads, or nothing at all.  We have no idea what happened in our distant history.

Even recent history, the Orange years, if we all wrote books with the title, THE NIGHTMARE YEARS/The orange one in the white house, every book would be different because no one can know what actually happened.  The republicans would say one thing, the democrats another.  The north and south certainly would not agree, Red and Blue states would argue about what happened and so would the peole.  If those in the future wrote a book saying it was the truth, about those terrible years, they would be wrong.  Same goes for any historical rendering.

We don’t actually know anything at all.  We write assumptions, prejudices, our own beliefs and experiences, according to where we came from and what we have been exposed to.  Would a book about the civil war be the same if it was written by a southerner or northerner?  No.  It wouldn’t be.

The lies we have been historically fed are coming into the light.  But that’s what historical books are.  Fairytales and lies.  Places where minorities and women didn’t exist and where white males were the only ones alive.  In fact history can’t be known or explained in any real way because a lot of the populations were kept uneducated.

We have the diaries of women, physical relics, but how people felt, what was going on, those things can’t be known.  So when I see that line, THE TRUE….whatever, I just walk away.

My grandson knows more about the time I was a teenager than I do.  That I actually LIVED IT doesn’t mean anything because he read about it by people who weren’t even born then and that’s his truth.  It’s not true at all, but the fact that I was there, doesn’t count.  That’s what history is.

If you’re interested in Jimi Hendrix you can read tons of books on him, Jim Morrison, Janis Joplin, etc., and all of them will be different because they were written by people who knew the person and only saw that side of him/her.  We can never know the whole story because the stories are too big.

White people can’t write about what it’s like to be African American any more than African American’s can write about what it’s like to be white.  Misconceptions abound, we don’t have a clue.  I have no idea what it’s like to have a baby in a wagon crossing the open plains, while fighting the rightful owners of the country I was stealing.  I could write about it but wouldn’t know what I was talking about.  I can’t even imagine being without a chocolate for a day, let alone being pulled by horses to a place in the middle of wherever, while having a child.  I can’t imagine the hardships people faced.  No penicillin, 24 hour-care, dentists, grocery stores, cars, skyscrapers, nothing.  But I could still write a history book, using diaries, fragments of this or that.  Those women could probably write sci-fi about having a baby in a hospital with drugs and and care takers.

No one knows what happened in ancient Rome, or with the Amazons, or anything else.

The survivors of the death camps in Germany, are worried that when the last of them is gone, history will be REWRITTEN and the truth will be lost.  Their truths and experiences will be lost, taken with them when they go.

Men don’t write female characters very well.  The reverse is often true.  Imagine writing about an entire civilization.  I don’t think so.  Well, science can do tests that show the diseases people died from, whether they were murdered or not.  Carbon dating is useful, but feelings and the problems/governments/child rearing, etc., are not transferrable.  We can’t dig them up.

Research isn’t alive.  We are.  Stories are alive while they are being lived.  After that, they slowly disappear to be rewritten by others who didn’t live them.

When a person dies, stories about him/her are sometimes passed down to others but later, the stories are retold differently and the feelings attached to them cannot be given to future generations who never knew the person or heard the original tales.  That’s what history is.  A forgetting and a patched together remembering that’s often fictional for the most part.  We need to remember that.

History is made up by people who weren’t there.  And never forget the old saying:  History is written by the winners.  Lies and pretend.  Written by slave owners, rich white guys.  Where is the history of the Native Americans that’s being taught in schools?  One voice.  It’s always one voice.  History is white, rich males.  That’s all there is.  The past was written by them and it’s being written by them today, so you can’t believe what you read, except in that context…one voice, one slant, one opinion, all to make themselves more powerful, in charge and right.  None of that is true, it’s just all there is.

In recent years books have been written by women and African Americans, Latinos and others, but they aren’t taught in schools, at least not all of them.  They are still in the shadows of a dark and bloody past.

Why aren’t there best sellers on backstreet abortions and pictures of the dead women who were literally FORCED to seek help from places and people who could kill them?  Why isn’t that part of history that’s taught so everyone can see what dead teens look like, killed by their own white, male, out of touch hateful government officials who constantly attack Roe vs. Wade and make it impossible for girls to get help without parental consent.  MEN WOULD RATHER HAVE THEM DEAD, THAN FREE TO OWN THEIR OWN BODIES.  Health care should be a right between doctor and patient but it’s not.  Not if you’re a women and now some states are passing laws that say you have to keep the fetus from rape and incest.  How ugly is that?  But no history books are out there in schools, showing how hated women are.  How disposable they are, how violent their lives are and after the violence, they are forced to die for what others did to them.  Yeah, we need history books like that so it’s in the open…the HISTORY OF WOMEN IS UGLY and kept quiet because the guys who write the books are the ugly ones.

This can be said about many groups, but dying is the price one pays for not being a landed, rich, greedy, hateful, mostly republican males.  They make me sick and they kill women.  Histories like that aren’t there for all to see because they aren’t pretty and no one want’s to deal with it.  Dead women, scarred women.  That’s just one history that’s been left out.

Lastly, why do you think it’s called HIS STORY?  Because that’s exactly what it is.  It’s just His Story.