Archive for the ‘Stories’ Category 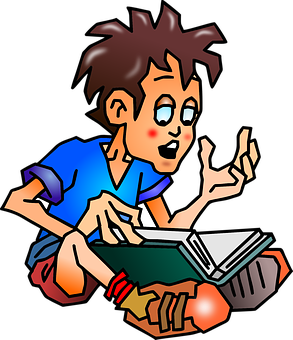 Once upon a time, there was a beautiful blue planet called earth.  Lots of wonderful things evolved there, dinosaurs, trees, flowers, fuzzy things, birds, scaly little ones, all kinds of things.   Then a new species came along.  One that walked upright and couldn’t fly, or dig, or do much of anything at all.  They couldn’t run fast or jump high, and they weren’t very bright.  They almost became extinct, which would have been better for all the other living things, but they persisted.

That species eventually grew into you and me, but back then, they couldn’t speak and they hadn’t made up all the lies that people believe today.  But they were violent and when they met each other they fought and killed, just like they do today, so that part hasn’t changed.  They didn’t have the weapons we have now, but they made do with rocks, branches and anything else they could find to get the job done.  They may not have been smart but knowing how to kill was part of their programming.

So, jump ahead…the dinosaurs had been dead for a long time, protohumans rose up and started moving over the earth, and all that stuff…and now…we’re here.

You and I are the result of those beings that crawled out of the ooze, or were planted here by aliens, or whatever, but none of that really matters because we’re here and that’s a fact.  I mean no matter how you look at it, we seem to be here, right?

Anyway, we went through a lot of stages to get to be the most violent thing on the planet.  We didn’t even need weapons to poison the air, water and earth, ourselves and everything else.   We didn’t even think about it, or care.  We developed guns, split atoms, to make fabulous bombs that could destroy cities and everything the lived.  We have all kinds of toys to wipe out anything we like.  But we never paid attention to what we were doing, since we were always too busy wondering what we could kill next.

So no one was watching the governments we set up, which were evil and all about power over others and slavery and hate and evilness.  Early on people were burned at the stake, then books, then all kinds of bad and disgusting things took place.  Those things never went away. some of them changed, as far as how they looked, but the bottom line was always the same.  Greed and power.

Other animals moved away from us, sensing our wrongness.  We cemented over the earth, building parking lots and big stores, deli’s and shoe shops.  We killed animals and ate them.  Tortured, terrified them, and heard them scream, but no one stopped them from dying.  It’s happening right now and your parents fed you that death and all the hormones that went along with it.  So heart disease and all kinds of sickness came from eating living beings who never harmed anyone in their entire lives.  People skinned beautiful animals and wore them for status.  Covered their feet with their skin, their furniture and car seats as well.  Instead of burning woman at the stake they burned pigs, but burn they still do.  Women, pigs, anyone or anything, they don’t care.  As long as they can kill something, they’re happy.

We are killing the forests, that let us breath, as well as the animals who live there.  We have poisoned the air, water and the earth.  We kill each other on a daily basis, the government has gone insane and no one can stop it.  The weather has changed and is warming up.  Water is rising, and the plastic that floats in it, is growing, as well.

And then the virus hit, keeping people off the streets, for a short time.  Animals moved in, the air cleared up and dolphins were seen in the canals of Venice.  Things were settling down.  Even the earth stopped trembling from all of our trucks and pounding.  On the other hand, people started getting sick and dying.

Now we’re up to date.  The government has gone mad.  Run by a sociopath and his evil followers, people are dying in great numbers.   Using the power bestowed upon him by the evil white men who came before him, the psychotic president threatens everyone who will not bend to his will.  No one seems to be able to stop what’s happening.

People are protesting and getting teargassed and beaten by other Americans in uniforms, who have been sent to teargas them and beat them.  Basically to shut them up and make sure nothing changes.

Kids are risking their lives to go to school.  Federal funding will be withheld if schools don’t open, placing not only kids, but teachers, staff, bus drivers, and workers, in danger. The mail is being tampered with, by the bad guys, so people will not be able to vote by mail.

Truth and lies are the same thing now, so you won’t know what’s real and what isn’t.   Everything is dangerous, including dating, working, libraries, and everything else.  Babies don’t see people smiling at them, because a lot of people are wearing masks, not everyone, of course, because some people aren’t smart enough to wear them ALL THE TIME.

We may be up against another extinction right now, at least for humans, and if not, who knows what your future will look like?  If your animal instincts take over and you have kids, good luck.  This is the gift past generations are leaving for you.  And, while some of us care, we didn’t do enough to stop any of it from happening.  So good luck, if there is a future, hopefully you’ll be smart enough not to do the same things we did, although I seriously doubt that will happen.

Look at it this way…if we are gone, everything else will rejoice and grow again, so there is a silver lining, just not for us.  Have fun being home schooled, or taking your life in your hands by showing up to class, wearing a mask and staying away from everyone else.  Either way, have fun while you can.  I’m not sure how, but things will keep evolving and no one will have real friends any longer, just faces on a screen.  But all of that will become the new norm and no one will miss what they never had.  More aps, video games, where you can still kill things, or save the princess.  You’ll just see pictures of everything, that’s all.

Anyway, this is today’s lesson.  Tomorrow’s lesson will be about hot air balloons.  Until then, stay on line and live the life your elders have made for you.  And don’t eat bats. 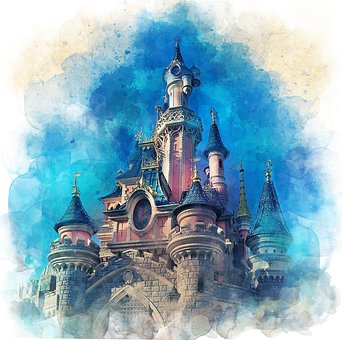