Archive for the ‘Once Upon a Time…’ Category

Once upon a time…was only a few weeks ago. 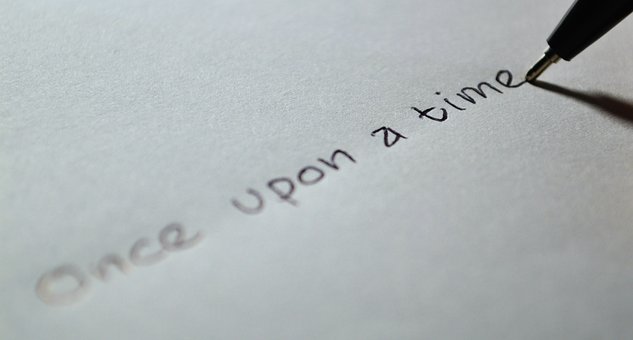 Art, Once Upon a Time..., Rubber Stamps

Once Upon a Time…

“Funny,” said Marion, standing in front of her desk.

“What?” asked Frank, not bothering to turn around.

“This,” she said, pulling the paper from between the rollers of her typewriter, flapping it toward him.

Frank sighed and turned.  “A sheet of paper?”

“I begged you not to use my machine.  It’s delicate.  When you hit the keys too hard, I have a problem.  And what is this story line?  Once Upon a Time?  Really?”

“I did not touch your machine.  I would never start a story with Once Upon a Time and I have no idea what you are TALKING ABOUT.”

“How should I know?” he said, running his fingers through his red hair.  “Maybe someone on the cleaning staff wants to be an author.”

“I’m sorry,” said Katherine.  “That last story was brutal and I guess I haven’t gotten it out of my system.”

“It’s not like I haven’t see a lot of blood before.”

“Cookie?” asked Frank, holding out a blue and pink tin.  “Jill made them last night.”

“How is she?” asked Katherine, reaching for a ginger snap.

“She fine, thanks.  She wants you to come for dinner sometime.”

“I’d like that,” said Katherine distractedly, looking down at the paper in her hand.  “Is the ‘e’ higher than the other letters?” she whispered to herself.  “When did that happen?”

She looked at her typewriter, then wiped off the tiny metal letters with the soft cloth she kept for just that purpose.   She pressed the ‘e’ slowly and saw that it was perfectly in line with all of the other letters.  She put a sheet of blindingly white paper between the rollers and turned the knob.  When it came up she read:

Once Upon a Time…
there was a woman who knew everything.
She knew the beginning and she knew the end
of all that has ever been and all that would ever be.

Katherine closed her eyes and counted to ten.  When she opened them, the words were still there.  “What story are you working on, Frank?” she said softly.

“Same old, same old.  There was a mob hit last night, at Mama’s Little Italy.  Six dead and four wounded.  The wounded were just having dinner and got in the way of the bullets.”

Frank turned around, his eyes wide with disbelief,  “Help?”

“You should go home,” said Frank, nervously.  “Rest.  Take a couple days off.”

He stared at her for a few more seconds, shook his head. and went back to writing his column.

Katherine looked at the paper in her typewriter.

She kept the world turning
the Sun shining
The Moon in it’s place.

“Katherine,” yelled Mr. Robertson, from his doorway.  “In here.  NOW!”

“Sit,” said Mr. Robertson, once she got into his office.  “I have a story for you.  I know you’re twitchy from the last one, but I think this one has your name on it.”

“You’re supposed to call me Mr. Robertson,” he said, looking around.

Mr. Robertson sat on the edge of his desk.  “I could sugar coat it.”

“It’s possible that Lake Michigan is being haunted.”

“That’s the story and I want you to check it out.”

Once Upon a Time..., Short Stories