NOT FOR THE FAINT OF HEART: This post is filled with ghouls, gators, gorillas, giant insects & garbage. Yes, yum, devour humans! You guys are lightweights! I eat garbage. Not as much as we do! Allow me to chop all that garbage up for you! Did someone mention garbage? Don’t look at me! I’m full. […]

via Hallowe’en – 18 — Graffiti Lux and Murals

NOT FOR THE FAINT OF HEART: This post is filled with ghouls, gators, gorillas, giant insects & garbage. Yes, yum, devour humans! You guys are lightweights! I eat garbage. Not as much as we do! Allow me to chop all that garbage up for you! Did someone mention garbage? Don’t look at me! I’m full. […]

via Hallowe’en – 18 — Graffiti Lux and Murals

There Are 18 Volcanoes That Pose a ‘Very High Threat’ to American Life — Discovery Science.

There are 18 volcanoes in the U.S. that pose a high threat to human life and livelihood, including Kilauea in Hawaii. There are 161 known active volcanoes in the United States, and 18 of them pose a “very high threat” of death and destruction to Americans living nearby, according to a new volcanic risk report released by […]

via There Are 18 Volcanoes That Pose a ‘Very High Threat’ to American Life — Discovery Science. Dandelion always wears yellow.  For the party she is going to perform on the balance beam.  Basically she walks back and forth, then lays down, gets up, turns and walks back and forth again.  She tried a flip once and the spotters caught her when she fell.

The point is, she has courage and she’s very good at what she does.  She made her costume and mask and is very excited about the Halloween party.  Everyone is looking forward to her act.

Get your hexes ready…tonight’s the night… 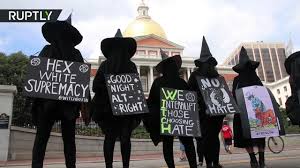 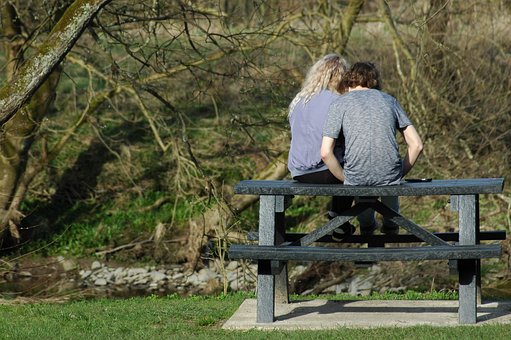 “Why don’t you ever invite me to your house?” she asked.

“Because I live in a bad neighborhood,” he said, leaning on her shoulder.

“What does that mean?  What makes it bad?”

“The government, forced poverty, no jobs, drugs, guns, violence, terrible schools, lack of proper food and medical help, just to name a few things.  All of those things that are controlled by the government, and adults who don’t have to live there.”

“You don’t have to live there,” she said.

“We want to live there.  It’s a form of protest.  It’s wrong to keep people down, to destroy one generation after another just because the rich can do it.  Because they’re afraid.”

“Don’t your parents worry about you?”

“Sure, but they worry about all the kids who live there, not just me.  That’s the point.”

“Why is that happening?”

“Because the government is greedy and run by white men who are out of touch with reality.  Most other people don’t care.  People live in very small, individual, worlds.  They rarely look past their front doors and as long as they have enough of whatever they want, they don’t really care if other people are suffering.”

“Maybe we can have a book drive, or a clothing drive at school.”

“Sure, but that won’t solve the problem.  The problem is systemic, it’s a disease that’s part of our culture.   It’s all about the false belief that some people are better than others and deserve more than others.  People have to question their false beliefs and start to look at things in different ways, if anything is ever going to change.”

“How did you learn all this stuff?”

“My parents are hippies who believe in freedom and justice.”

“I want to come to your house.”

“Okay,” he said, checking his gun.

“It’s the only thing some people understand.  I’ve never used it.  I’m a pacifist but I’m not ready to die yet.”

“I’m not afraid,” she said, standing up.

“Run for political office.  Maybe you can make a difference.”

“What are you going to do?”

He took her hand, pulled her off the bench. “Stay right next to me.”

He nodded and they walked into a dark world filled with human beings that are oppressed and slowly being destroyed by others who are, in reality, exactly like them.  The only difference?  Bits of green printed paper in their pockets.

Clarence likes to play in puddles and hang out at the Rubber Duck Pond.  He wishes he could swim but, well, you know, chicklets can’t swim, they sink and never dry.  But because he loves water, his Halloween costume is a water bottle.

It was a difficult costume to make.  He needed help from the Art Committee and the Stage Crew but they did it.  Unfortunately, they made the bottle a bit to long, so, creative thinkers that they are, they simply added wheels to the bottle and his big brother Tim agreed to pull him back and forth.

Clarence is happy with the way things turned out but said that he may take the costume off early, so that he can eat and move.  Everyone agreed that that was a good idea.