Archive for the ‘clouds’ Category 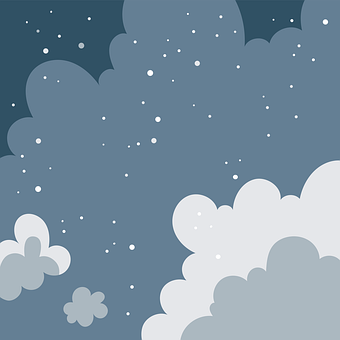 Turns Out There’s A Dedicated Community For Sharing Pics Of Extraordinary Weather Conditions And Phenomena, And Here Are 50 Of The Best Ones 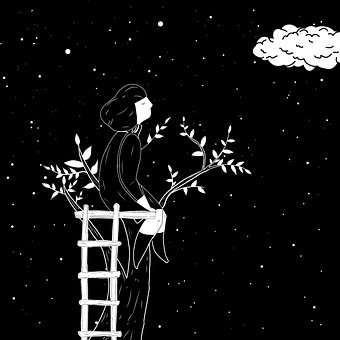 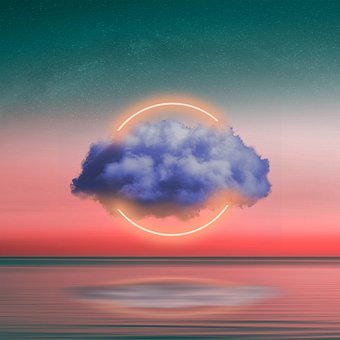 Once upon a time, there was a cloud who lived over the ocean.  It’s wasn’t a big cloud, as far as clouds go, in fact, it was rather small.  This cloud wasn’t like the other clouds in the sky.  This cloud could turn far more colors and it never left the spot it was in.  Oh, sure, the wind tried to budge it.  It blew and blew and blew, but the cloud, while swaying now and then, held it’s position.  That, according to the other clouds, should have been completely impossible.  But sometimes impossible things become possible, even if they can’t be explained, or possible.

The cloud was happy where it was.  It watched the sunsets and sunrises, it became part of the rain and it waved at the fish who often stopped by to say hello.  The cloud was never lonely and politely refused to go along with passing clouds, when they asked the little cloud to join them.

But one dawn, which was the cloud’s favorite time of day, a wisp floated by and said hello.  The wisp was easily buffeted by the wind, or even a slight breeze, but the day was calm, so it could stayed and chatted for awhile.

“You must be the cloud everyone is talking about,” said the wisp.

“Really?” asked the cloud.  “Why would the other clouds talk about me?”

“How do you know you wouldn’t like someplace else, even better?  It’s fun to drift over a forest, you know.”

“No.  I don’t know, but why would I want to look for something better, when I’m happy where I am?”

“I’m not sure,” said the wisp.  “I guess we’re all different.  I want to see everything, waterfalls, polar bears, children skipping.  Oh, oh, oh, you should see the goats climb up the side of a mountain.  They don’t even seem to be afraid, AT ALL.  I can barely watch them.  I’m terrified they’ll loose their footing.  It’s so scary and I live in the sky!”

“I don’t think goats live in the ocean,” said the cloud.  “And if here are mountains down there, I can’t see them.”

“You can’t see very much at all from here,” said the wisp, looking around.  “Oh, it’s pretty and everything.  And if you’re happy…”

“Are you happy?” asked the cloud.

“Oh, YES, YES, YES,” said the wisp, excitedly.  “I never know what I’ll see next, so my life is filled with surprises and wonder.”

“I can turn colors,” said the cloud.

“Yes, I do.  Sometimes I can reform and sometimes I hitch a ride on a gigantic cloud. And let me tell you, those things weigh a ton.  But I like being a wisp because I get to move more quickly and that’s what I like to do.  I know it’s not for everyone, but it works for me.”

The cloud looked around.  Everything looked the same as it did yesterday, and the day before that.  The weather was a bit different now and then, clouds moved back and forth, it rained on occasion, and the fish weren’t always exactly alike, but basically, things rarely ever changed.

“Looks like I’ll be on my way,” laughed the wisp. “Wind’s picking up. Oh, oh, oh, oh, maybe I’ll get to see the Eiffel Tower again.  I love it there.  It’s so beautiful and there are a lot of crows and pigeons and a FERRIS WHEEL!”

A strong gust of wind hurled the wisp sideways.  “It was niccceeee meeetingggg yyyoou,”  shouted the wisp, as it disappeared.

For two days the cloud thought of nothing but goats climbing up the side of a mountain.  Thoughts of the wisp, and what it said, just played on a loop inside it’s cloudness.  On the third day, just after dawn, the cloud said goodbye to its old life, and let the wind carry it where it would.  The cloud felt a little uncomfortable, at first.  After all, it hadn’t been anywhere…ever… but aside from wanting to see the goats, the little cloud hoped that one day, it would meet up with the wisp and they could go on adventures together. 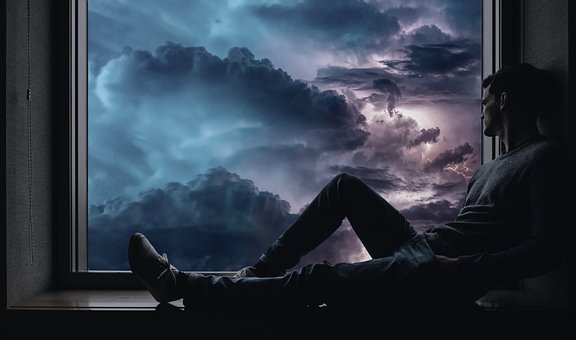 to live among the clouds?  To have a boat outside the door, ready to take us where we wanted to go.  Riding the soft waves of mist, flying through the air.  Sunrise and sunset…would be amazing.  A dream world of soft colors and storms.

I think we should be able to stand on clouds and look over the edge to see where the light is coming from.  Clouds are HEAVY, they weigh TONS, and standing on them only makes sense.  I’ve always loved fog.  As a child, I understood that fog meant that a cloud was laying on top of my entire neighborhood and I could play in it.  That’s when I found out that standing on one was impossible, at least for humans, who proved to be too heavy.  But nothing on earth was light enough to rest on top of a cloud, not even a feather.  Sadly, I had to give up on that dream, even though it whispers to me still.

Science can explain the above picture but I don’t want to hear it.  I want to believe that a huge party is taking place and amazing sax players are jammin’ away, while people are dancing and having a fantastic time.  The lights from the cafe, or bar, are lighting up the clouds, letting anyone who sees them enjoy the festivities.  We can make up anything we like.  I mean, we make up our entire lives.  I don’t have to think about condensation, the collision of molecules, the temperatures.  I can think party and no one can stop me.

Maybe when I’m dead, I’ll be able to float with a cloud, the crows by my side.  Even if I’m just a blip, or spark, or dot, too invisible to ever see, even with a microscope, I might be able to do it.  Maybe I’ll be invited to the party taking place, in the clouds, who knows?  A party where crows are flapping around, cats are lounging on tables, laps and floors, where happy people are lost lost in the moment, bliss flowing from them in waves.

That’s what these clouds makes me think about.  I suppose there could be a raging fire on the beach.  Bongos, keeping the beat, people dancing in the sand, the ocean, slamming against the shore, leaving treasures that I can pick up on my way home.  Sounds a lot like earth, doesn’t it?  Still, the clouds are telling me their stories and I’m just paying attention to what they’re saying.   Sax, drums, dancing, joy, bliss, clouds.  Who could ask for more than that?