PLEASE watch this documentary on HBO…it’s the future…it is SO IMPORTANT TO SEE WHAT’S COMING.

By the people who made JOHN WICK…this film is on HBO Max and it’s really great…if you like that kind of thing, I mean.

I watched THE MATRIX RESURRECTIONS, (HBO) last night and it was really good.  Neo and Trinity…really fun, if you’re a fan and lots of tie-ins to the other films.

The Trial of the Chicago 7…Netflix

I want to write about this film.  But truthfully, I can’t.  I’m still hysterical from when it happened in real time.  I can’t.  I just can’t. 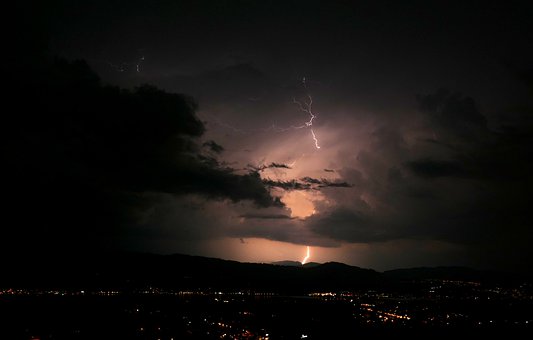 This is one of the most important independent films I’ve seen. I am a Chicagoan. This is for the whole country and is of utmost importance. Please watch it. Thank you.

IF YOU GO TO COMMENTS, MELANIE HAS THE LINK THAT WILL TAKE YOU TO THE FILM.  THANK YOU AGAIN MELANIE.

John Wick…LOTS of Spoiler alert/s…this isn’t actually a “review,” it’s more of a rambling commentary about things I felt or feel or whatever. Again…spoiler alerts.

First of all, they said there were going to be three films but I don’t see how they can’t make a forth…not with the ending I just saw.  No way.  And if they don’t make it…they’re just mean, since there is one person who definitely needs to be taken out.

Anyway, there’s a lot of fighting.  Hahahahah…to put it mildly.  Some of the longer fight scenes are exhausting and FAST.  A lot of blades in this one.  Halle Berry is very cool, as are her canine friends, who I fell in love with immediately.

Okay, that was a lot of random thinking so here’s the thing.  Wick, as you know, is being hunted by pretty much everyone in the entire world.  The REALLY BAD GUYS who run things are called the Upper Table.  I would have liked something other than that name, because all I could think of was sitting at a kitchen table…upper or lower,  eating cereal.  Anyway…

EVERYONE seems to be in trouble in this flick.  Everyone who was ever nice to Wick, that is.  But Wick himself bounces back and never breaks a rib, in spite of practically being kicked to death a couple of times.  Oh, Well.  Still love him.  Debbie kept whispering, “Mom, it’s just a movie.”  Right…it’s just a movie.

We see horses and a camel in this one.  Yes, a camel and a lot of sand.  I really think they could have done without both the camel and the sand and just stayed in NY and fought it out, but no one asked me for my opinion, and I don’t make movies.  Still, it was unnecessary and seemed silly, as did the dancing.   You can see the dancing for yourself.

The dogs are great, of course.  I don’t care who, or how many people Wick kills, but I was constantly stressed that the animals would get wounded, or killed, so that was hard, because you know bad guys will kill anything, right?  It’s just a movie but some of the horses in the barn seemed afraid of the gun shots.  Still, I know Keanu LOVES animals, and is an animal advocate, and he would never do anything to cause them pain or fear but…I still didn’t like it. The camel seemed happy, I guess.  I don’t personally know any camels, or even how they look when they are happy, but he seemed okay.  Thankfully, the camel had an extremely small walk-on role.  Moving on.

The front, for the bad guys, is an evil woman who is so pompous that I wanted to step on her head.  I would have shot her myself, if no one else wanted to do it, just to get her out of the film.  Seriously horrible person, who played the part perfectly.  Everyone hated her.  So, that was nice.  You don’t want a wimpy bad guy…but still, I wanted her disposed of immediately, unfortunately, I did not get my wish.  Out of the hundreds of people who were killed, he didn’t kill her…YET.  Maybe in movie #4, because they have to make another one to tie up the loose ends.

The fight scenes are insane but fun.  Amazing what terrible aim all the bad guys have but hey, Wick is just fast and reallllly good, so there is that.  Every time I see him with Larry Fishburne I think of Matrix.  Look, I told you this isn’t really a review, it’s just a bunch of thoughts.  I’m trying not to tell everything, so stay with me.

Actually, here’s how I would make Wick 4.  Fishburne and Reeves work together to destroy the Upper Table and the first thing they do is kill that awful woman.  Then they kill all the other shadow people who are part of that group who make up their rigid and stupid rules.  The Continental Hotel remains a safe haven and makes a doggie play park in the basement.  Fishburne, AKA, The King, rules his own little pigeon world and he and Reeves keep the city safe for the good guys.  Halle Berry moves to the Continental and starts a dog training school.  Marcus remains friends with Wick and they become a formidable duo who take over, and treat people fairly.  Once we know that the dogs are trained and safe, they can end the series with one final half hour long fight that brings down every bad guy who ever existed in the city and the world, if they were affiliated.  Then Wick can build a new house and live quietly with his dog.

I wish John Leguizamo was in all of the movies because he’s an amazing actor and I’m crazy about him.  He needs to be in the 4th one, if they make it, because he’s fabulous.  He can have a garage and chop shop, attached to the hotel, and take care of the transportation needs of the other guys.  He can have dinner with them, since they will be considered equals.  Because they really are.

The first film is still the best.  Not just because it was a surprise but because it made sense and was shot in the city without camels.

One more thing…when an entire city of people are trying to kill you, don’t you think RUNNING everywhere, wearing a white shirt…is stupid?  I mean wouldn’t blending in and just walking, LIKE EVERYONE ELSE, be the smart thing to do?  Maybe it’s just me, but running down the street just seems INSANE. FOLLOW THE MOVING TARGET kind of thing.

5 stars to Reeves…who was practically in every scene and should be advertising for a power bar or something, since he kept fighting when anyone of us would have been in the hospital on IVs or DEAD, right away.

2 stars for all the truly silly things in the film

4 stars overall  That’s probably high but I can’t help myself.

If you like ACTION, this is definitely the film for you.  Wick rocks and like a Timex, never runs down.  He’s fantastic.  Deb said she thought he only said 10 words during the entire film, but it was way more than than.

THIS is a film I would sleep outside to get tickets for…if I had to…in the summer…maybe.  The only other film I’ve ever said that about was Harry Potter.  Kind of different from Wick, but hey, I like what I like, right?  Anyway,  May 17th…oh yeah!  Unfortunately,  John Wick is a trilogy, so this it the last one.  Heavy sigh.  Love this guy.

You know, the thing is, he’s not really a Bad Boy.  Not at all.  He just wants to be left alone.  He’s kind and nice.  He simply does what he has to do to stay alive.   Reeves is perfect for the part because he’s always so understated.  He doesn’t talk people to death, he just kills them and gets on with it.  I like that about him.  Well, I like a LOT of things about him, but he’s great in these films, at least so far.  It will be interesting to see how he gets out of this mess but he does ride a horse down the street, so there is that.  Uh…I don’t get that either, so I guess we’ll just have to wait and see.

I also love him in Constantine.  Another great film (to me).

Perhaps if your a GAMER you will like this film but it’s repetitive and slow.  There’s a LOT of action but it’s all the same and there’s nothing to make you care about any of the characters.  It’s well done but not a good movie.

A break away film from Fast and Furious…coming in summer. Which one would you want to be?

Looking forward to this film and the word summer made me think of flowers and warmth.