Archive for the ‘Medication (Over the Counter)’ Category

Absolutely the WORST Christmas IN MY ENTIRE LIFE…here’s why 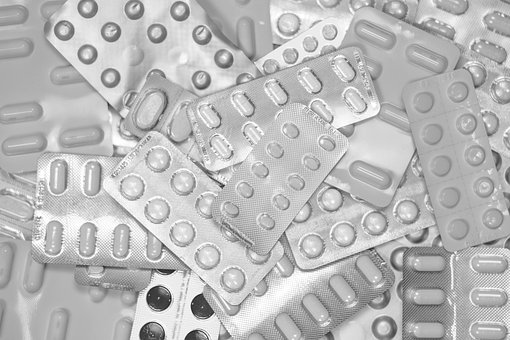 I only take medicine if I can’t move, or to stop from having to go to the hospital before I drop dead…that’s how much I don’t like it.  I react badly to everything and I have to ask my allergist to check everything I take, although he’s the one who gave this to me.  Just because he might suggest something doesn’t mean I will take it and I usually don’t.  He knows that about me, having known me for a million years.  No, the dinosaurs were already dead, so I didn’t see any.

So, I went to see him and he said I was fine, and the allergy cough was all in my throat, (under my chin throat), so maybe I should try Pepcid.  I didn’t want to do it.

Here’s the thing.  When people talk about taking care of their bodies, that seems strange to me since I expect my BODY  to take care of me.  If it doesn’t think I can jump from one rooftop to another it better learn how fast, or stop me in some way, because I expect it to do what it should do, and what it should do, is anything I want it to.  So I just expect it to take care of itself, unless I break something.

Anyway, I didn’t take it and then I did.  I took a couple of them a day or two before Christmas Eve.

When EVERYONE asks you, “WHAT’S WRONG WITH YOU?”  and they look at you funny, you should listen to them.  But when you’re screwed up, you think there’s something wrong with all of THEM.  So, my daughter, the kids, everyone kept asking me what was wrong until I wanted to move to another country and never see or hear from any of them again.  My cousin, over the phone, kept asking me if, “If I was alright!”

I stayed at the Christmas Eve party for about 2 hours and just left.  Driving home I was thinking about how much I hated Christmas and pretty much everyone I knew, as well as people I didn’t know.  I got home, fed Emily, and took down all the decorations.  I had to stop myself from THROWING THEM ALL OUT.

People were calling me, but not asking what was wrong, because they knew they shouldn’t ask that anymore.  They wanted to make sure I was breathing.

I NEVER EVER, EVER GET DEPRESSED.  I’m like an A+ type personality, the Energizer Bunny and I’m always looking for fun and fabulous ways to enjoy everything.  Somehow, that person had disappeared.

That night, I couldn’t sleep, which is something else that NEVER EVER EVER HAPPENS TO ME.

I woke up with people calling to “check” on me.  I must have said, “I’M FINE,” ten zillion times.  I was not fine.  I finally realized I wasn’t fine when I went speed walking and a sappy, slow song came on playlist, AND I LISTENED TO THE WORDS AND THEY MEANT SOMETHING TO ME.  I stopped on the sidewalk and said, “Shit, there’s something wrong with me.”

Fortunately, I had stopped taking the Pepcid (I only took a few of them).  So, I got back to being myself Christmas afternoon, but it was like coming out a weird dream.

Here’s what I learned:

I have more sympathy and understanding of what people must go through when they’re clinically depressed.

When everyone you know tells you your weird…you’re weird.

When everything is suddenly flat, gray and you think it’s time to kill yourself…something is wrong and you need to stop whatever your doing before you’re dead and it’s too late.

Segue:  A couple of years ago my daughter was taking Zyrtec.  We were out for lunch.  I said, “Something’s wrong with you.”

Just read the above conversation, since it was pretty much the same back and forth.  She saw everything flat, gray and thought the blood running from her wrists would look pretty on the top of the water in the bathtub.  She called the doctor and he said, “Sure, it can make you suicidal.”

It happened to my granddaughter after one pill.

People die from taking over the counter drugs because they make them suicidal and drain all the joy out of life like the Dementors in Harry Potter. EXACTLY LIKE THAT!

I literally missed Christmas because of a stupid pill.  I’m NOT TAKING ANYTHING again, unless it’s a z pac.  I can take those.

Honestly,  IF ANY OF YOU ARE TAKING ANYTHING AND YOU FEEL HORRIBLE, STOP TAKING THE MEDICATION.  If you hate everyone, without a good reason, and you think you’d be better off dead, or being dead seems pleasant, then you need to stop taking whatever you’re taking immediately and call the doctor.

So, I’m me again.  My daughter said, “OMG I’m so glad you’re normal (yes, I realize that’s all relative), all I could think of was, WHAT AM I GOING TO DO?”  I didn’t ask her what she meant by that.  I don’t want to know.  She said, “You weren’t talking or anything.”

These seemingly simple pills can cause horrific problems.  Thankfully, I didn’t take them like I was supposed to, as usual.  I only took a few and not twice a day.  So, I’m warning all of you.  Be really careful.  You can’t tell whether or not you’re okay.  You just feel icky, but it seems NORMAL.

Teens and adults have died from these OTC drugs.  Committed suicide because of them.

Anyway, that was my Christmas.  Argggg.  Sucked.  Emily didn’t seem to notice, or if she did, she didn’t say anything. She just let me pet her, like the good cat that she is.  Even crazy, I still loved her.

Fortunately, there’s a party this weekend, so I can have fun then.  But…be careful with what you buy from the drugstore’s OTC stash.  It can be the last thing you ever do.

Christmas, Medication (Over the Counter)