Archive for the ‘Hawaii’ Category

Sunsets on Maui are beautiful… 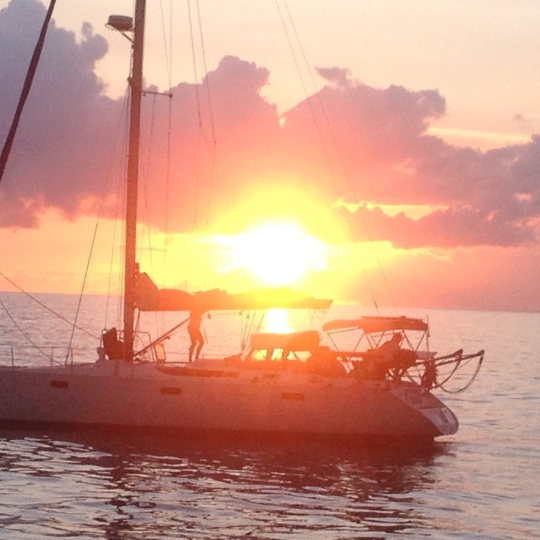 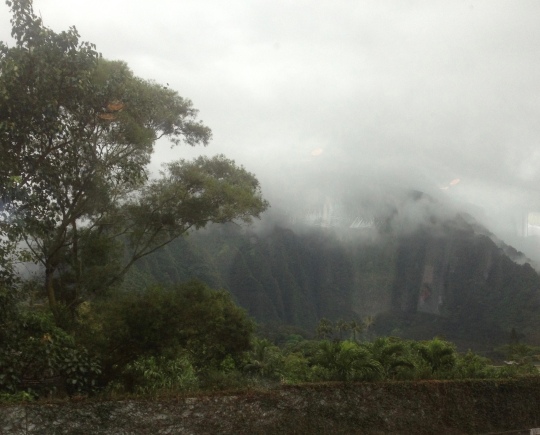 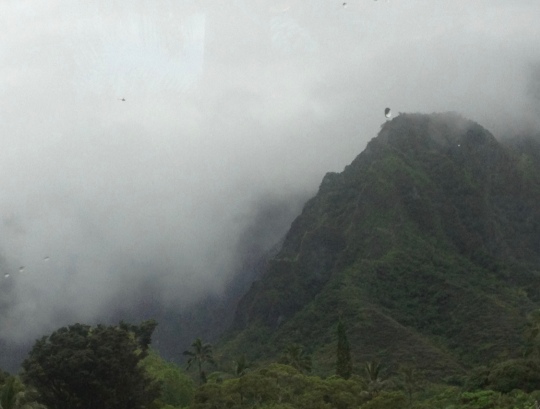 Orchids are all over the Hyatt on Maui…

Lush foliage at the Hyatt on Maui…

Trust me, when you’re from Chicago, seeing plants this large outside is amazing.  I’ve seen things like this in Florida, even Vegas and it’s such a treat.  by the time our wee plants get going it’s winter again.  I remember someone visiting from Florida and looking at my plants asking me what was wrong with them?  I had just planted them, that’s what was wrong with them.  Again, we can’t plant until after May 15th and even then we could get another nighttime frost.  We have a short growing season, to say the least.  Well, actually, some weeds grow no matter what so there is that. 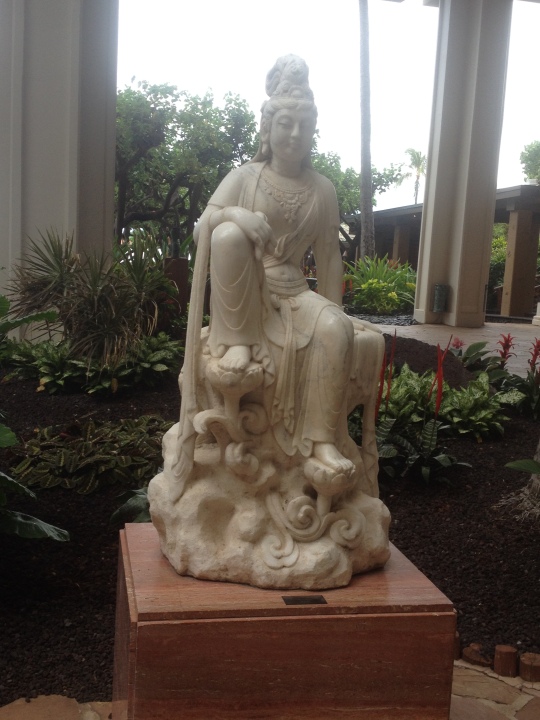 The Hyatt on Maui had some beautiful are work.  Quan Yin is in the center of the hotel.  Poor thing will never open her eyes.  I often wonder if she’s sorry she promised to keep them closed until all suffering was gone.  Never gonna happen…at least not here, the way we are now.  One should be careful of the promises/oaths one makes.

We were at the Polynesia Cultural Center (I think that’s what it’s called…I don’t pay attention to those things, sorry) and we were sitting in on a talk and demonstration by the Samoan native tribe.  The Chief saw us (before the gig started) and walked over to us.  Our guide bowed a lot and was flustered to be in front of a Chief.  Our guide kept telling us the guy was a Chief, as if that meant something and was important…and it was…to him.  The Chief certainly had a powerful aura but I just smirked at him cuz, really, he just another guy with some cool knowledge and a title, right?  We are all one, so there is that.  Anyway, I was having fun with him and  when we left, after the show, I turned toward him and blew him a kiss.  He grinned and blew a kiss back to me.  So much fun.  Melanie (blogger) said I may be married and not know it and I suppose that’s possible.  But that’s not the point of this story.

The thing is, their culture is almost too much to believe.  The Chief is POWERFUL.  The people are kind.  The sons are responsible for taking care of the grandparents, parents and their SISTERS, in that order.  And this is for real and very serious.  They demonstrated their skills, in different areas, which were extremely impressive. The things the Chief did, well, he might be able to do anything.  Kind of like Superchief. They ALL know how to do whatever it takes to survive off the land.  They also have a wonderful sense of humor and had all of us laughing and snickering.  It was informative and fun.   The Chief was solid and his word was obviously law.  He spent a lot of time with our group before the show started and he was well traveled and pretty cool.  He was supremely comfortable with himself, which is exactly what a Chief needs to be.  I liked him.  I liked the others people in the show as well.  We saw all the other tribes but truthfully, none of them had the same kind of feeling/personality.  The Samoan people were charming, fun, flirty and confident.  I liked that…a lot.

My cousin and I went to Hawaii on a tour.  There were 15 of us.  Everyone was fantastic and I’m so happy I met them.  I was sorry to say goodbye.  But I don’t usually like the activities they have on tours.  I do like being picked up at the airports, not having to move my luggage around, having all kinds of arrangements made for me by someone else and not having to think about anything while I’m having a good time.  So I don’t go with the group on all the scheduled activities.  The only place I go without a plan is Paris…heavy sigh.  That’s where I wanted to go but my cousin is terrified of terrorists.  Like you can’t get killed in Chicago or anywhere else.  Some people are just like that.  She said a cop was killed in Paris.  I just looked at her.  “”A” cop?   Just one?” I tried to remind her how many people were killed in the city and outlying areas of Chicago EVERYDAY.  But I guess she doesn’t think that’s relevant.  As I said, my cousin and I are VERY different.  So, we ended up in Hawaii.  Hawaii is NOT Paris…nothing is Paris but Paris and really, I don’t care if I EVER go anywhere else but there.

If you do go to Waikiki be sure to visit the Polynesian Cultural Center and  when you do…definitely check out the Samoan Chief.  Seriously…do it.

In the hotels on Waikiki and on Maui, birds are kept in cages.  They are removed during the night and brought back during the day.  This cage is empty because it was raining. It made me feel really bad.  All that space around them, all those trees and they were confined to a prison behind bars.  What’s wrong with people?  How cruel is that.  Maybe the birds don’t think about escape and what’s right in front of them but I sure do.  In one cage on Waikiki, the sparrows hopped through the bars and ate the parrot’s food.  The bird didn’t care.  I wanted to release all of them.  Jail is jail, no matter how pretty the setting and fine the care.  Makes me tired.

These are the warm weather penguins who live at the Hyatt, on Maui.  They are adorable and well cared for…not free, but I hope they’re happy.  They seem happy, but people like to think that captives are happy because it makes THEM feel better to believe that they are. At any rate, they live at the hotel and people talk to them.  I think it goes something like this…

“I can’t understand anything he said,” said penguin One.

“It’s his accent.  It’s thick.  I usually know what those people are saying but I can’t understand him either,” said Two.

“It’s as if he’s swallowing his words, after chewing on them one at a time,” said One, shaking his flipper.

“I could listen to them talk all day long,” said One.

“I don’t know why some of them make noises at us,” sighed Two, watching a man pursing his lips.

“They can’t speak our language.  They are a very limited species.”

“No kidding.  And their kids…it takes them forever to grow up and they are always sticky, or wet.”

“True.  I mean I like our kids.  They’re neat and they can swim right away.”

“I wonder what it’s like to be free?” said One, dreamily.

“What do you mean?” asked Two, standing up very straight. “Aren’t we free?”

“Who captured us?” asked Two.

“And be eaten by sharks, or hit by a boat,” grumbled penguin Three.

“Yeah,” said Three.  “The people looking at you would eat you if they could. They eat anything, they don’t care what it is, or how it feels.  They’re worse than the sharks.”

“I’m not going to listen to them anymore,” said One, looking away from the crowd.

“Me neither,” said Two, turning around.

“We can try and escape,” said Three, eyeing the wall around them.  “How high can you jump? It’s not that far to the water.”

“I like the people who care for us and who will feed us?” asked One.

“Now you sound like a prisoner who has Stockholm Syndrome.  Free penguins eat, don’t they?  They aren’t starving.”

“Okay but, we don’t know how to find food,” said One, sadly.

“The other penguins will teach us,” said Three, nodding.

“Then they won,” said Three, waddling away.”

The chicklets took first place in the dance contest on Maui…

Violet and Jake did a fabulous job and won first place in the hula contest.   The rest of the chicklets were peeping and chirping loudly, flapping their wings and bobbing up and down.  The other contestants were very good but the chicklets brought it home.