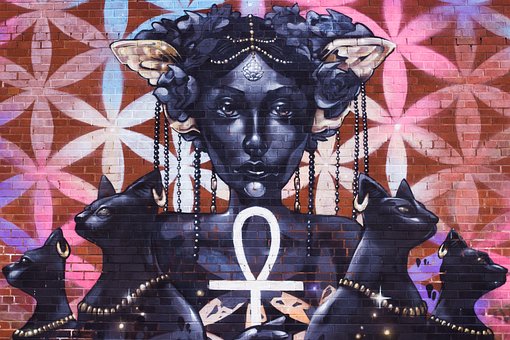 Artist:  Philth (Thanks to theartblogger 54)

Over 300 MILLION turkeys are killed in the United States every year…45 MILLION are eaten on Thanksgiving Day.  The chicklets are so unhappy, that’s why they go directly from Halloween to Christmas.  They can’t stand the pain and suffering of all the beautiful birds.  I can’t stand it either.  Our hearts are broken. 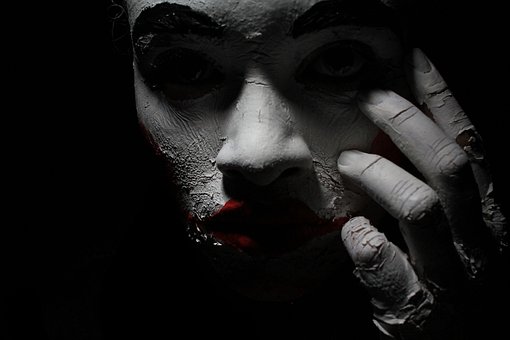 Hello,  I’m Angel Pumpkin, and I’m so happy to be back for this short program.  To start off the show, please welcome the Tumbling Chicklets and their spotter.

That flip was wonderful, wasn’t it.  Give them a lot of chirps and wing flaps.  Now Brian would like to show you his costume.

I’m sorry.  I should have said, Brian and his friend Stanley.

There was a tribute to the warming bunnies earlier today.  They are busy keeping new chicklets warm and working in the hospital, where a few piglets and hens are still recovering from the last raid on a Factory Farm.  I don’t know what we would do without the Warming Bunnies.  We owe them so much.

Cerise, a member of the I WISH I WAS A MERMAID, organization just wanted to wave her tail at everyone, so let’s here it for Cerise.

…one more vampire.  Count Fangula would like you to know that he’s a nice vampire and that he made his fangs himself, so you don’t have to be afraid of him.

Next…a representative of the BAN GUNS Committee would like you to know that there is no good news.  None at all.  Not even a little.

That concludes this portion of the live entertainment. Please go to the game area and don’t forget the treat tables.  Harry Potter movies will begin at 9:30 in the Pajama Party Barn.  Snacks will be served and I must say that the owls are quite excited about the films. Always remember…life is about having fun.

Thank you.  This is Angel Pumpkin signing off

A story about the strangeness of life…

“I did not say that I got here riding on a unicorn,” she said, quickly.

“Yes, you did,” he said, nodding.  “When I asked how you got here, you said you got here riding on a unicorn.”

“Maybe my car’s name is Unicorn.”

He stared at her and folded his arms over his chest.

“What?” she asked, holding her hands out in an, I don’t know what you want me to say, position.  “Unicorns don’t exist.  Right?”

“You drive me crazy.”

“Why do I drive you crazy, or why are you crazy?”

“You never answer my questions.”

“That’s because you never tell me the truth.”

“I ALWAYS tell you the truth,” she said, glaring at him.

“Or some doctored version of it, you mean?”

“Maybe our time together is over.  Maybe we should see other people.”

“I can see other people from here.  There’s a bunch of people getting on the bus.”

“Did you just say, heavy sigh?  You’re supposed to sigh heavily, not say it,  Look, let’s keep it simple.  Just a plain yes or no answer,” he said, holding up his hands.  “Did you ride on a unicorn this evening?”

“What time is evening?”

“Six,” he said, grinding his teeth.

She shrugged.  “What difference does it make how I got here?”

“Wait!  You have your own personal unicorn?”

“My family raises them.”

He started hyperventilating, and she began to dig through her backpack, looking for a paper bag. “Honestly,” she muttered.  “You have more problems than a math book.”

He sat down on the curb.

She handed him a tiny bag that was filled with gum.  “It’s all I have.”

She thought he was laughing, as he laid back on the sidewalk.

“You aren’t very tough.  If the idea of a unicorn can flatten you, you’d only last about five minutes where I come from.  You’re such a baby.”

“Are too,” she squealed, as he tried to grab her arm.

“I walk between planes of existence, if you must know.”

“We don’t really go together very well.”  She looked down.  “You probably can’t even fight.”

“I can fight,” he said, staring at the moon through the branches of the trees. “Trust me.”

“Can I see the unicorn?”

She whispered, and the unicorn appeared, snorting and pawing at the street.  He bent down and nuzzled her neck and face.  She kissed him and ran her hands down his neck.

The unicorn eyed him threateningly.

“He doesn’t like anyone from around here.  But look,” she said, softly.  “It’s been a lot of fun.  And I know this isn’t fair,” she continued, blowing a bit of dust his way, “but you won’t remember me at all.”  Then she and her unicorn disappeared.

“Hey,” said the cop, kicking him on the shoulder.  “You can’t just lay on the sidewalk like that.”

“Have too much to drink?  Are you hurt?  Did someone dump you here?  Were you mugged?” asked the cop, suddenly uneasy.

“Look, if you can walk, and you live around here, just go home and sleep it off.  That’s my advice.”

“Good man,” said the cop, watching him slowly cross the street, thinking of all the paperwork he just avoided.

Resa wrote a poem for the chicklets. Dawn is going to read it to you. She’s on her way to the next show, but was kind enough to stop and help out. Thank you Resa.

Even if you can’t fly.

If you have paws

Or hop ’til you droop,

Are a loving animal

Of any kind in the world

You will find joy

Chicklet Buttercup is dressed up as a biker, in honor of Holly. Buttercup would love to have red feathers and a motorcycle. She has a scooter, so that will have to do for now. And yes, they used to call motorcycles scooters, but it’s not the same thing now, a least that’s what she said..

“Oh, it’s a lovely apartment. You’ll see. It’s just down these stairs,” said the sales woman, peering over the railing. “It looks dark,” said the man. “A bit, but then, the rent is very cheap.” “Yes, but are there windows?” “I don’t think so, I mean it is a garden apartment, after all. But it […]

A girl and her cat…a very short conversation. 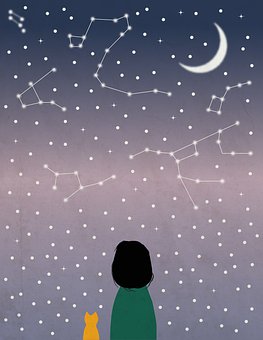