Archive for the ‘Politics/Herstory’ Category 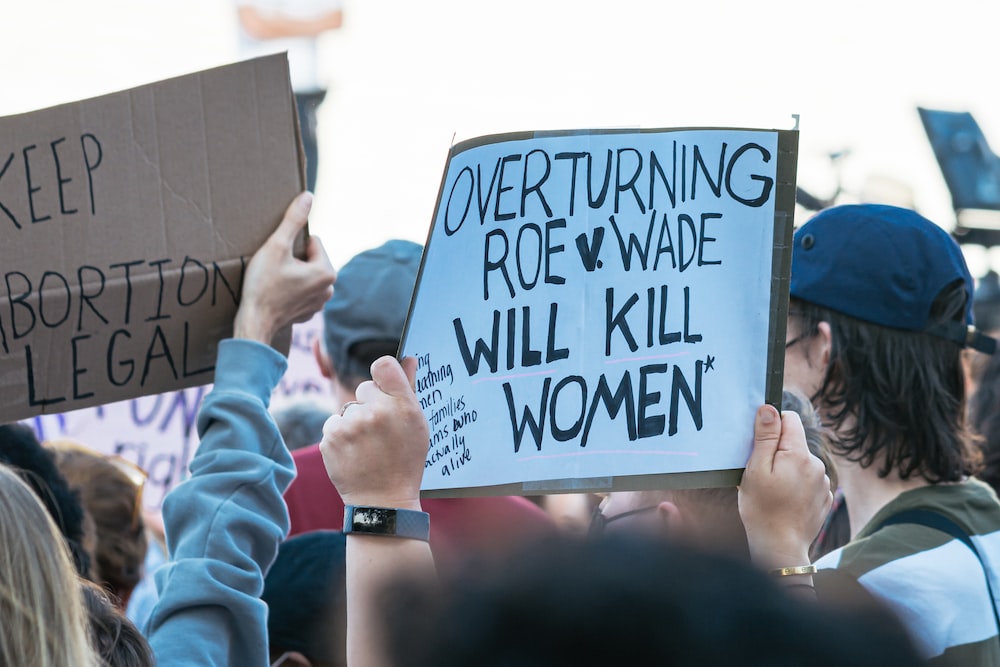 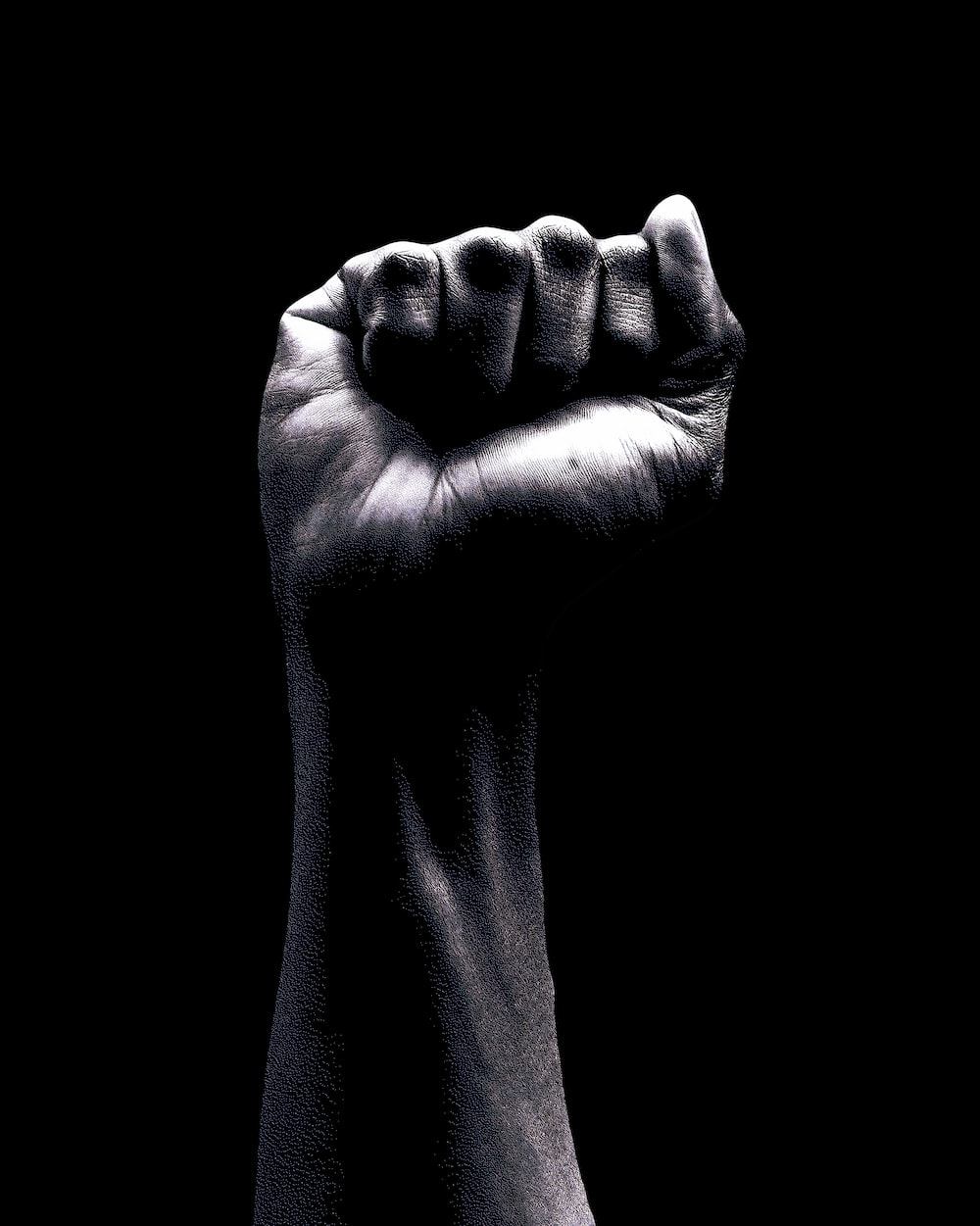 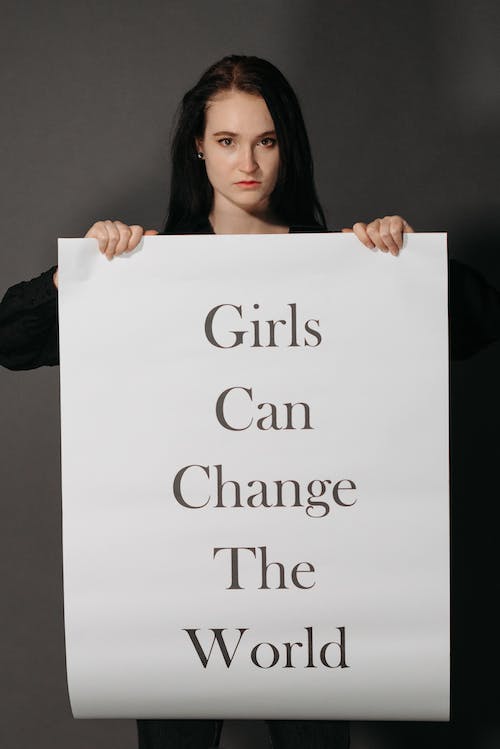 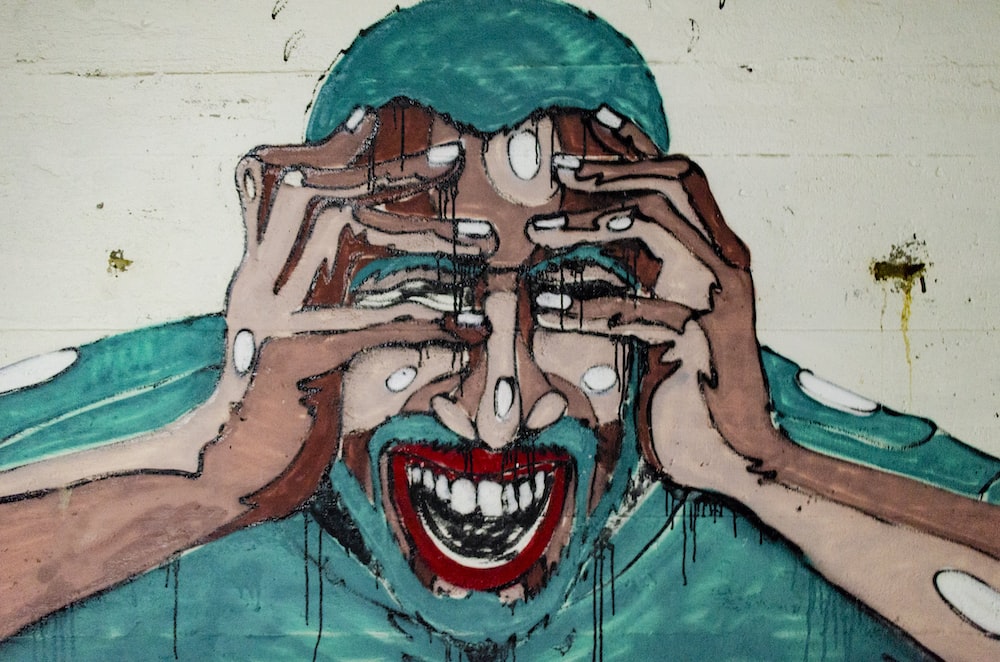 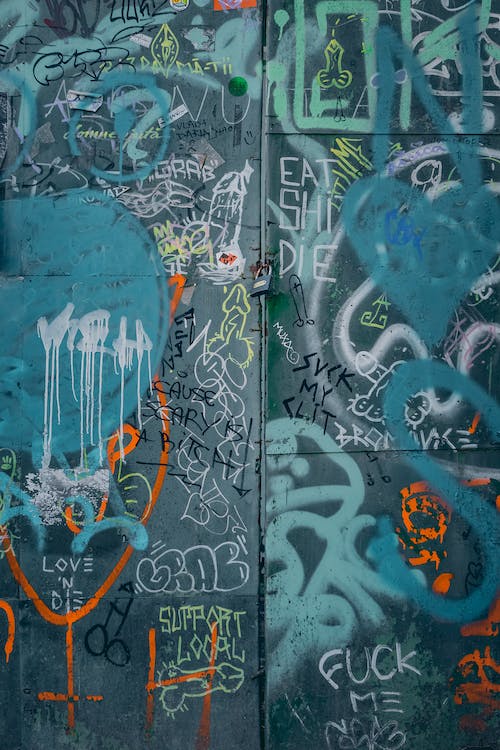 Let’s take a few minutes to think about swearing.  We have been TOLD, that it’s not lady like to swear, or use “bad language.”  We have been told, that if we have to resort to such childish things as name calling, or swearing, we won’t be taken seriously, and we will be seen as “uneducated,” and verbally poverty stricken.

What they didn’t tell us is that swearing can get a point across.  It can show anger, strength and a sense of fearlessness, as well as the ability to not give a flying fuck what the rules  actually are for WOMEN ONLY.

Being lady like is killing us, in case you haven’t noticed.  It’s kept us poor, violated, silent and in our place.  I mean why do women believe they SHOULD be proper and never swear?  They were TAUGHT to be that way by a culture run by men, who want women to be docile and easy to control.

Men are not labeled for swearing.  They are not punished, frowned upon, or considered uneducated, if they swear now and then.

Women are judged for everything they do.  Therefore, we may as well do as we please.  We are dismissed and ignored no matter how we act, so have fun and say whatever you like.

Some men are horrified when women swear, because that’s not what women are supposed to/or expected to do.  What exactly ARE we supposed to do?  Sit quietly, while we are hunted, and smile when we’re caught, afraid to say a bad word for fear of being called uncouth?

Women are not expected to say anything offensive.  There’s that word offensive.  Women are NEVER allowed to be offensive, and men define what “offensive,” means for WOMEN.  They can kill us and get away with it, but we can’t say fuck, or they are horrified by our behavior.  Men can take away our right to have an abortion, they can TAKE ANYTHING THEY LIKE FROM US, but we shouldn’t say anything they find offensive!  That is MALE CONTROL AND OWNERSHIP OF WORDS AND WHO USES THEM AND HOW.  We are not allowed to be OFFENDED by anything men do.

See, that’s a double standard.  That’s keeping women in their place, so they can be up there on the rickety pedestal where virgins stand and press their lips together, so they don’t say the wrong thing, no matter what the men say or do to them.  And guess what…WOMEN remain silent because they BELIEVE they will be offensive, crude and vulgar.  That’s how it works.  WE police ourselves and keep OURSELVES in line.  They…don’t have to do anything, other than frown, or give us a disgusted look, when we say something they don’t like.  And they can punish us in all kinds of ways.  Punish us by rejecting us, ignoring us, tut tutting us, talking about us, or beating us.

Swearing is not polite.  And women are always expected to be polite. It’s not womanly to be crude, vulgar or offensive, even if men have 10,000 ugly words for every part of our bodies.  They have the FREEDOM of speech.  We do not.  Just one more thing that’s kept from females.  WORDS do not belong to us.  It’s risky to “shoot off our mouths,”  to say what we think, to use the SAME WORDS that men use.  Just one more thing that men own and we don’t.

Think about it.  Words, expressions are important.  That’s why they keep them for themselves.  The orange one and the current republicans say terrible things about women.  Imagine if a woman attacked a “fat, short, ugly, disgusting looking man with skinny ankles.”  Hmmm.  Think any MAN would be upset about THAT?

Women rarely think about how language is turned against women.  Used against them, kept from them.  Women had to use male names to get published, because the power of words belong to men alone.

This is not even close to what language does to us.  It ERASES us.  By PRETENDING that saying he, or man, INCLUDES women is a lie.  It does NOT.  It eliminates us.  It makes us invisible.  Would a man feel included if we used SHE instead?  PEACE ON EARTH GOODWILL TO WOMEN?????  Well, women includes men, it’s even in the word…wo man.  They shouldn’t complain at all.

We have been conditioned to believe what they tell us to believe.  We are punished in all kinds of ways, if WE don’t behave.  Words are for all of us and it’s time we take them back.  WE should decide what’s offensive and what’s not.  Like a president who gets to stand in front of the nation and talk about grabbing pussy.  How can THAT not be offensive to everyone in the world.  Men get away with everything, and everything they do shows how they control the lives of women.  But women grabbed the word and started wearing hats with little cat ears, and t-shirts, making women’s groups of pussy power.  That’s taking back the language and defining words in a positive way, that works for women.  Because men use words to attack and control us.

Sometimes it takes a little practice for some women to start swearing.  It’s so frowned upon by society.  But words are simply words, and a lot of them, have been kept from us.  It’s just brainwashing.  But even we are offended by ourselves, which shows just how deep the conditioning goes.  Telling ourselves that it’s improper, or ugly, or whatever, is just what we have been taught to believe, and by doing so, the power of words ends up being just for them.

Women have been rescuing other words from male control.  Take bitch, for example.  A lot of women are proud to be called a bitch, and feel it means standing up for oneself, being strong and powerful.  They have taken another word that men used to attack women, and embraced it, changing its definition so that it works for all females.

There aren’t a lot of ugly words for men, because we have not been allowed to use the language for ourselves.

Swearing isn’t for everyone.   But being told you shouldn’t, or can’t…because you’re a female, well…that just pisses me off. 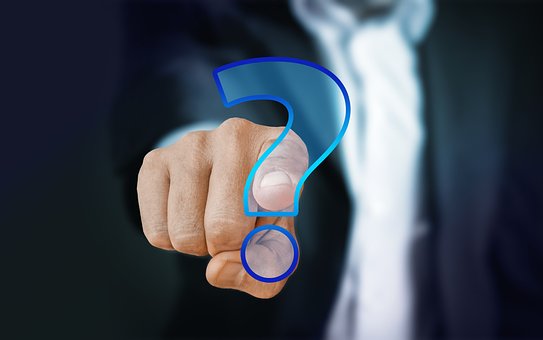 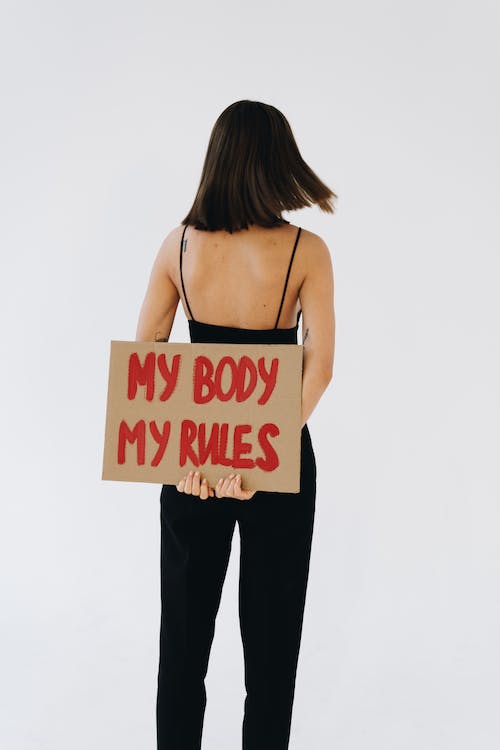 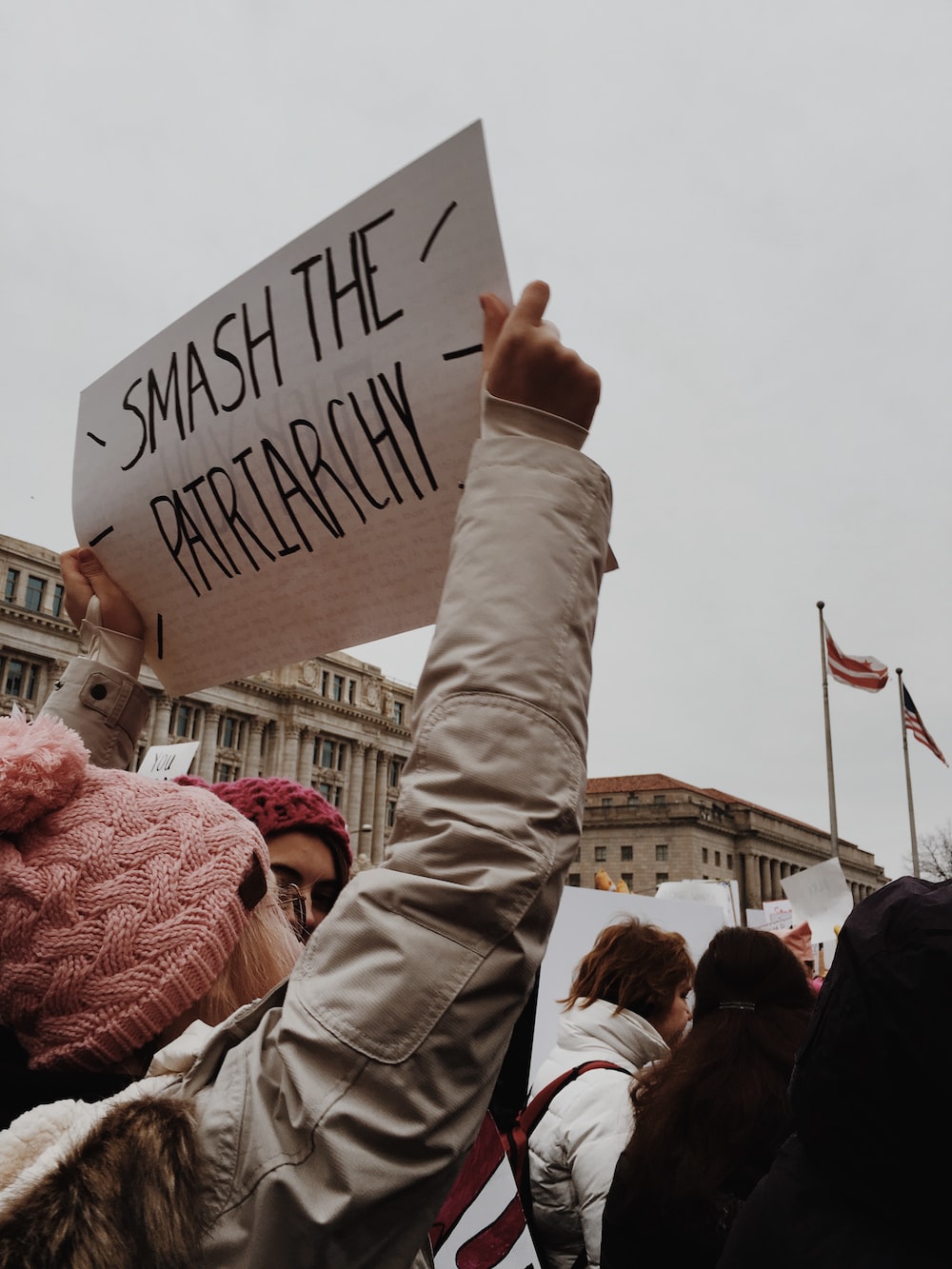 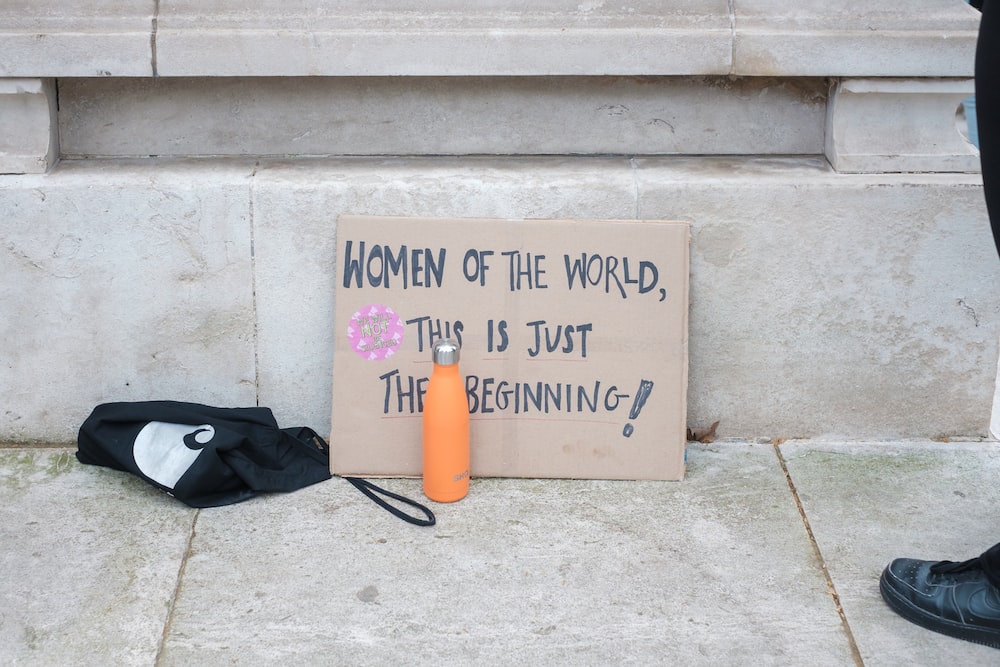