Archive for the ‘airplane’ Category 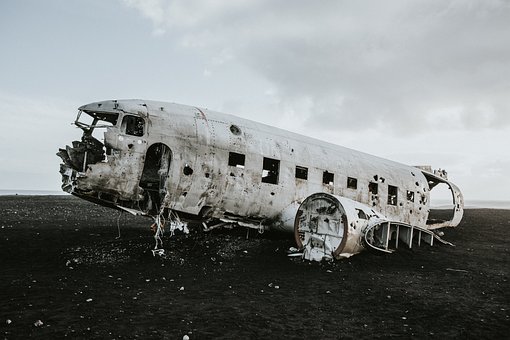 Some people might think this isn’t an airplane any longer, but it is.  When we get old and can’t do back flips, we’re still people, right?

Anyway, if I had this airplane, I would fix it up and turn it into a bookstore called, COME FLY WITH ME.  The door is already there and the nose, once closed would be a fabulous reading nook with the big window letting in all the sunlight.  I would get some graffiti artists to paint the plane for me and plant flowers everywhere.  I’d put flowers on top of the engines too.

I’d have a wee coffee/tea bar in the rear and a bunch of cats.  Well, maybe one or two cats.

The stairs would be made of iron and bent into twisted and fairy-like shapes.  There would be a thousand lanterns lit outside, as the sun went down.  People would read out loud and give lectures about their favorite books.   Movies would be shown outdoors and dogs would be welcome.

Flags would fly from the top of the plane and dancing would be optional but as normal as breathing.

That’s what I would do if I had this plane…and lots and lots of money.  LOL