Archive for the ‘Thoughts’ Category

It’s too early for snow, but I wonder…(thoughts) 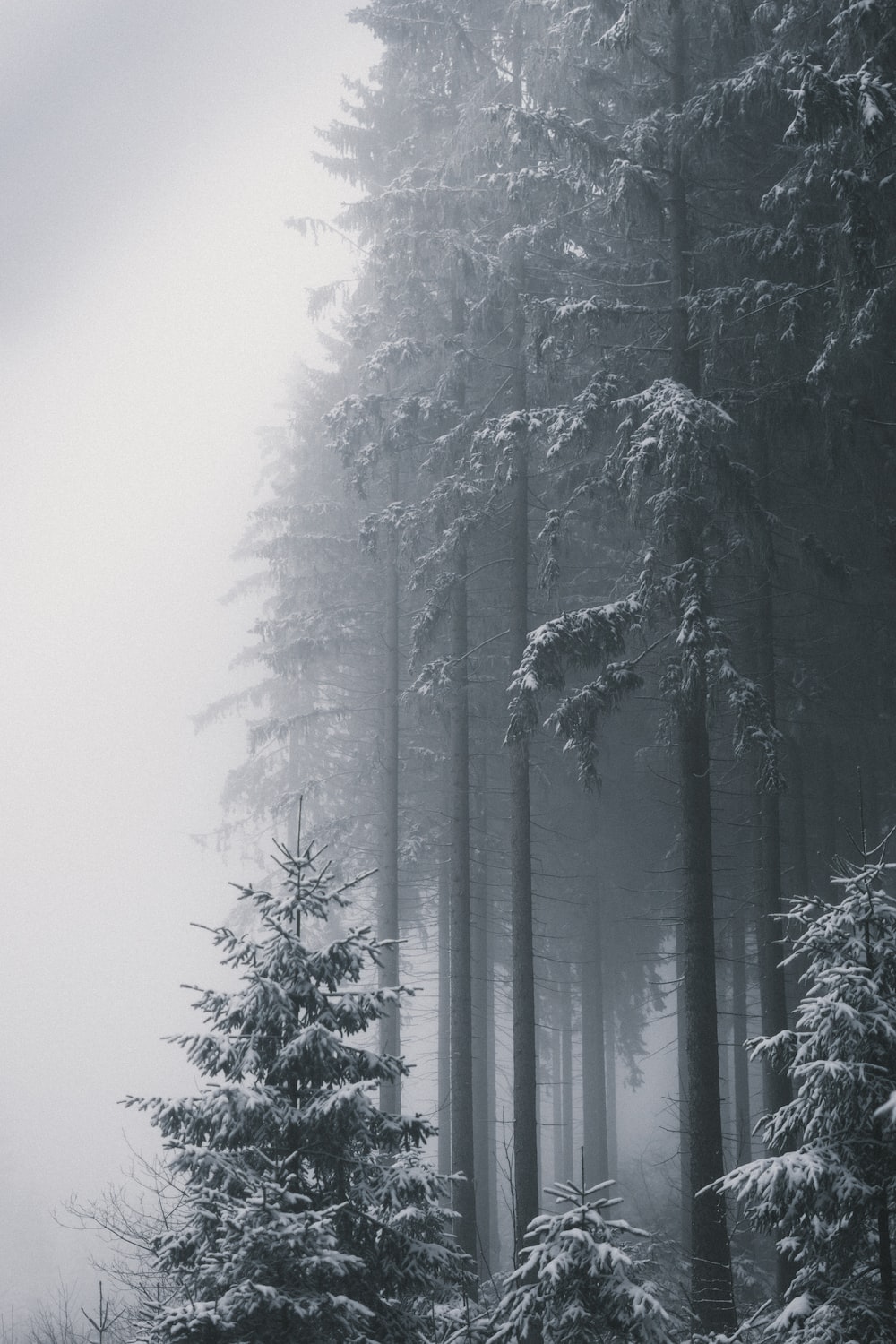 Life is supposedly easier if we are living in the right city, town, country, doing whatever it is that we love.  And that’s true, for a lot of people.  If you hate cities you won’t be happy living in one, same goes for country life.

It seems to me, however, that we don’t actually choose anything.  Our bodies just follow the instructions it gets from hormones and all the chemicals that run through us, along with our core personalities, the one’s we come here with. Those things send instructions to our brains, and our brains forward the information to us in some very creative ways.

Newborns have likes and dislikes and they respond to things according to who they are.  Just ask Piaget, or was it Erikson?  I think it was Piaget.   Anyway, our innate personalities are responsible for the things we end up liking, doing, or getting ourselves into.  We like to think we’re in charge, but…we really aren’t.  I’ve said it before, our bodies are just the cars our brains drive to get from one place to another.  I’m not sure where our programming comes from, but it’s there.  Naturally, it can be impacted by our environment.

Parenting doesn’t always go hand in hand with budding creativity.  Instead it’s job is to turn innocent children into drones who will not cause trouble and will dedicate their lives to making the rich and powerful more rich and powerful.  Then those adult workers will grow old and hope their social security doesn’t get stollen by the rich and powerful they helped stay that way, so they won’t have to eat cat food and live under a viaduct in a cardboard box.   In between work and driving back and forth, people usually clean, mow the lawn, or shovel snow.  Because idle hands are the devil’s work, or something like that.  A saying that was surely written by rich people who do little to no work at all.  And why should they?  That’s what everyone else is for.  And where do the rich get their money?  From us, of course.  If that makes sense, then so does giving themselves huge raises, while telling the workers the economy tanked and there’s no money for them.

Children may also be brought up to follow in someone’s footsteps and be encouraged, forced, or pushed into becoming a doctor, lawyer, General, mother, whatever.  Happiness doesn’t always play a part in what others demand of their children.  Guilt and manipulation are powerful tools.  But it’s always for the child’s best, even though it’s usually for the parent’s best.

Sometimes we do things because we’re just good at doing them.   Why are people good at certain things?  Who knows.  Past life?  Knack?  Natural talent?  Whatever.  Some people know what they want to be from the age of two.  I still don’t know what I want to be, but I was born before the asteroid hit the earth, so my choices are becoming more limited by the day.  I’m not sure that I’m actually good at anything.  And my attention span is… 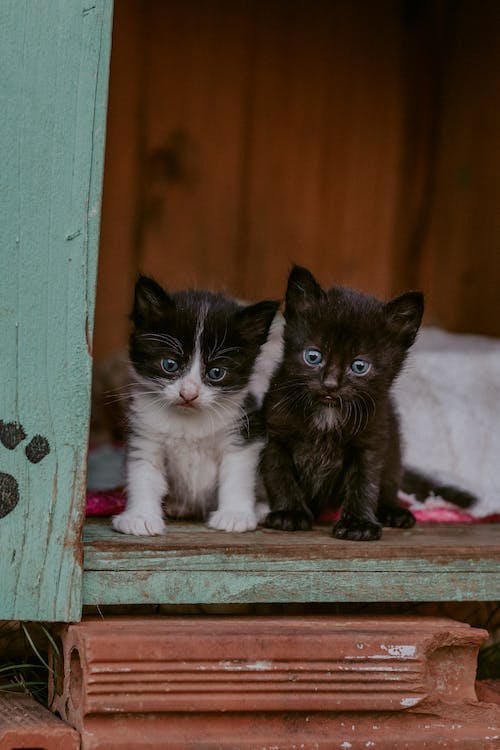 “Think we should go outside?”

“Looks like a long way down and mom’s not here.”

“You’re right.  Maybe we should go back to our blanket.”

“We do have to go out eventually.”

“True, but maybe eventually is tomorrow.”

“And mom might wonder where we are, if we aren’t here when she gets back.”

“So, maybe we should wait until eventually.”

“We can still sit here and look outside.”

“Today is going to be a really good day.”

See, I told you it was going to be a really good day.” 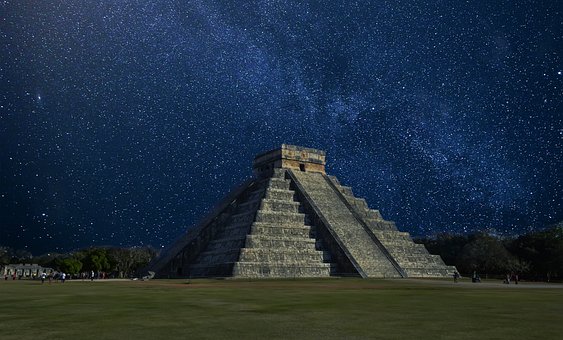 From early times, people have been building stairways to the stars.  Always trying to get higher, closer to their gods and to heaven.  We look at those things now and wonder how they built them.  How long it took to do it, without today’s machines and technology.  Some of the ancient things that were built can’t even BE build today.  The experts have no idea how they were made/created.

But here’s the thing.  There is no up.  There is no actual direction.  We are on a spinning ball, traveling through space in a gigantic universe.  So everything can be a sky or a heaven but it’s too big for us to actually understand.

I look at things like this and see how childlike our species is.  How we are run by ego and desire.  The people who built this monument thought it was high enough to reach the sky.  I’d say they had limited knowledge, but so do we.  We aren’t any different than those who came before us.   For us, as a species, there will always be LIMITED KNOWLEDGE and we’ll always be like children, fighting, selfish, bullying and wanting all the toys.  It’s pathetic, but true.  And it’s all just things we make up so we’ll have something to do.  It seems as if hating and killing is more enjoyable than loving and peace.  We race toward death with glee and excitement, acting as if there can actually be a winner.

“…and in between…there are doors (Jim Morrison) 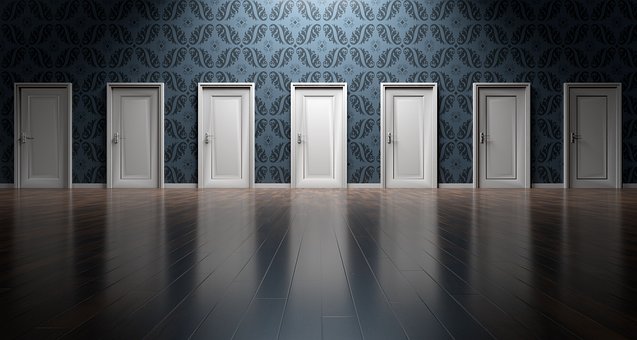 Our lives are filled with doors.  The first one we walk through is being born, the last, is death’s door.  There are so many doors, we don’t even realize they are there.  We don’t realize we are opening them…on by one.

All those doors.  Multiple choices.

There are no right or wrong answers, just different endings.  Think about the doors we didn’t open, and we might end up playing the WHAT IF game.  We all know people who play that game, even when there’s no point or end to it.

Now, here’s the thing.  Just because we walked through a door, doesn’t mean we have to stay behind it. There’s an endless supply of doors.  If we wake up long enough, and take the time to look around, we’ll see them.  Then we just need the desire, or courage, to open a new door and see where that one takes us.

It’s always up to us. 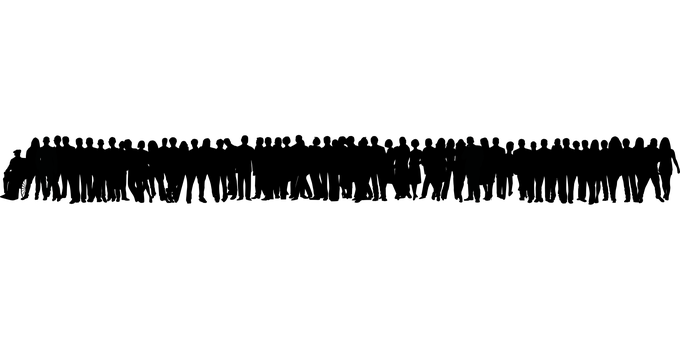 In spite of what some people think, or may say, we’re in this life alone, even if we’re together.  It can’t be any other way, since we’re individuals and not co-joined unless you’re a Siamese twin, and even then things will be different for each person.  Each brain is different from every other brain.

I’m always amazed when parents are surprised at the way their kids turn out.  They seem to believe that  because of the way they have raised them, they should be this or that, forgetting that they are beings who came here with an innate personality, and they will be who they want to be unless brutally, or guiltily, forced to become something they are not. (That, my gentle readers, was a run-on sentence). If forced, or manipulated, people can often be unhappy until they die.  It seems to me that we should look at our babies and, after thinking  OMG WHAT HAVE I DONE, we should love them, and with gentle and loving guidance, watch what they become.

All those studies on only children, middle children, first borns and the “baby,” are just ways to get grant money.  And isn’t an only child always a first born and the baby?  Anyway, not all those stereotypes apply to most kids.  There is no group that is all one way, or another.  Not all middle children are anything but middle children.  Not the oldest, not the youngest…duh.  What if there are ten middle children?  What about them?  It’s all busy work as far as I’m concerned.

It’s like saying all Italians are like Al Capone, but with less charisma and fewer dead bodies around them.

I think there should be books on DIVERSITY, not SAMENESS.  A book on how different all kids are from each other, no matter their birth order. Why are there no books on that?  Like why is there a Pentagon building, but no BUILDING FOR PEACE?  It’s a self-fulling prophesy.  The so called experts tell us what we’re supposed to see in a middle child, or the “baby,” and we see it.  “Oh, she’s a great success because she’s an Only child.”  I don’t think that’s good for anyone and we grow into our stereotypes because people keep putting us there.

We focus on the negative and useless things, if you ask me.  I realize the way to get grant money is to set up a study/experiment, but whether or not goldfish can get drunk, or middle children, or the “baby,” turns out to be like all the other middle children or babies, seems insane, especially since that stuff produces all the STEREOTYPES and LABELS.

Maybe it’s just me.  I think we need to concentrate on different things.  Things like overhauling the educational system, a $35 an hour minimum LIVING wage, an END TO VIOLENCE AGAINST WOMEN, CHILDREN AND ANIMALS, or an end to WAR.   Why can’t we do studies on those things?  That would be money well spent.

Oh, wait, those things will NEVER be studied, or changed, because the status quo needs those things to feed the RICH.  Better stick to the meaningless stupidity, so the 1% greedy people can keep making money on the dead and wounded and the sad and overlooked middle child.

Just stuff I was thinking about today. 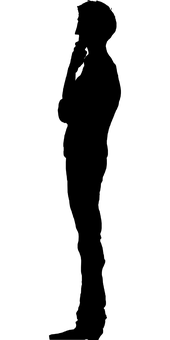 I LOVE Feynman, I don’t know how many of you do, but I’m posting this for any fans he may have, who look at my blog…A TED Talk

Breaking a spirit is the only way to assure obedience.

I have no clue…

I don’t have the faintest idea what this is, but I love it.  It must be an undersea creature because it looks wavy…like it’s calling to a fish, coaxing it to come closer. Maybe it likes plankton, or maybe it’s a weird sea anemone, or something else entirely.  I always had a thing for parameciums and  a volvox  or two, but this is a million times bigger.  It looks sensual and hungry.  I didn’t try to find out what it is, because that would take the fun out of things.  I think it’s beautiful and I don’t want to know…because what I can imagine, is usually more fun than reality.

Maybe it’s a alien, sending reports back to it’s home planet.  Maybe it’s singing in a key we cannot hear.  Maybe it’s a tiny dancer (no not the song), and it’s movement are simply a well practiced routine.  Perhaps it’s just lost and calling for help.  You can make up your own story, or maybe you know what it is.  I’m calling her Bella, because she looks like a Bella to me.  I think she would like Las Vegas, but then again, maybe not.