I read it when it came out.  When I was finished, I redid the book.  I was so furious, knowing that what she said could easily become the norm, that I had to do something.

This is what it looks like from the side.  Here are a few pages…I’ll put more on later, I  don’t want to overwhelm anyone.

I’ll put more on later, but don’t doubt, even for a second, that they could be passing out red capes in no time at all.  All they have to do is write a new law.  The men in charge can do anything they choose to do…and who is going to stop them?

This is the brain book. It’s pretty good. Lots of artwork and facts, as they know them at the moment…like everything else.

The Handmaid’s Tale…fireproof, so the right wing can’t burn it.

Having Her Book Banned In Various Places, Margaret Atwood Introduces Us To A Symbolic Issue Of The Handmaid’s Tale That Is Unburnable

I just bought this book on my Kindle. I think women might want to check it out. It’s new, drop date was May 3rd. Seems interesting. 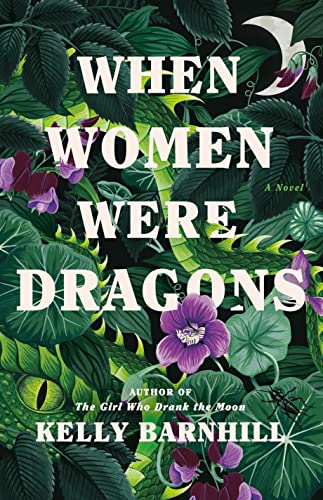 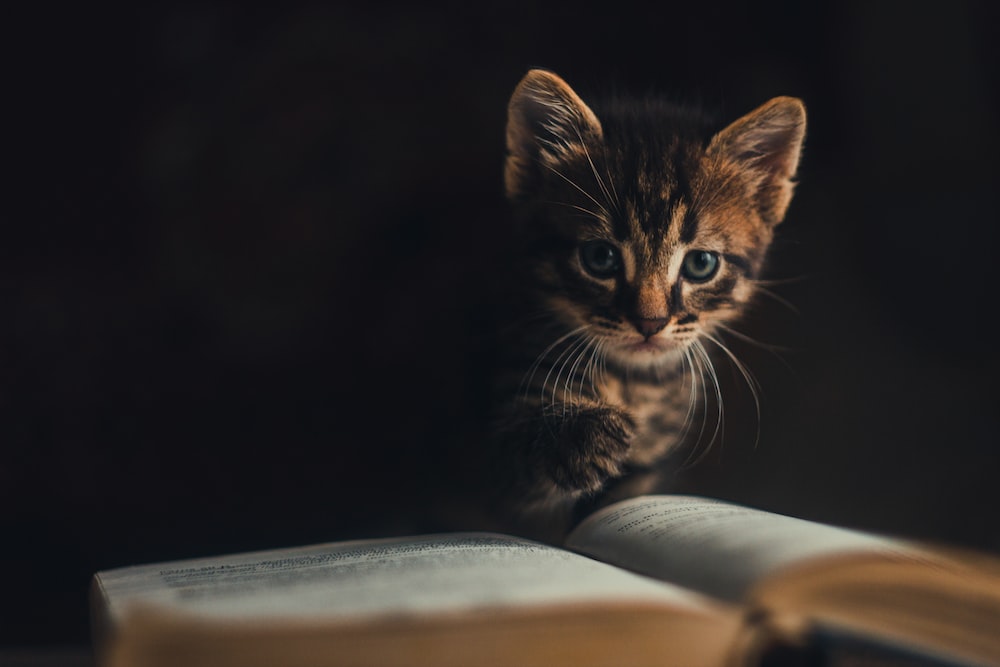 This is the book I’m reading…it is EXACTLY what’s happening now, in detail.

I had absolutely no idea this book was about hitler, his moves and how everyone looked the other way, ignored the red flags and warnings, letting him do as he pleased, trying to stay safe themselves, until it was too late.

It’s a book about Ernest Hemingway and Martha Gellhorn.  I bought it because she was a war correspondent, and I wanted to learn more about her.  Turns out it’s more about her relationship with Hemingway.  But it is about the Spanish war and it describes exactly what hitler did, what the people did and did NOT do, and it is truly exactly what’s happening today.  putin is using hitler as his guide, because he’s following what he did, to the letter.

It’s horrible to see everyone ignore the warnings, look the other way, let hitler get away with things until they couldn’t do it any longer.  All the horror that could have been avoided, if the world had acted sooner.

And now HIStory is repeating itself once again, and people are looking away, ignoring the obvious, and letting the tiny tyrant move forward until it’s going to be too late.

This is a quiet book.  It’s not loud, in anyway at all.  It’s flat out, just the way things are, when you have no control over your life because of your government, your color, race, economic status, or lack of it, poor education, no work, and all the rest.  It’s about when where you live, on which block, automatically puts you into a gang, whether you want to be in one or not.  It’s about how your entire life is set by where you’re born,and a government that never gets their boots off your neck.  It’s about watching government funds going to the Gold Coast, and leaving others hungry, and dead.   It’s about kids dealing with more deaths than most adults, who aren’t from the south and west sides of Chicago, see in their entire lifetimes.  It’s about living in fear, and knowing the chances of you being next, are absolutely real.

Our GOVERNMENT, causes these problems, then blames the people they torture and hold down, for what happens to them.  I won’t even talk about the police.

It makes me sick.

I truly don’t think I can get anymore disgusted with men and power, and their greediness and hatefulness.  They are so out of touch with reality.  They are completely unfit for office of any kind.

The quiet suffering of those who live under those conditions, is also horrific.  It’s my city.  I love Chicago.  Absolutely love Her, but my Chicago is far different than the south and west side Chicago, and that’s not fair, or right.  To sentence people to a life of poverty and death, because of their DNA is sick beyond belief.

It’s dangerous to come to Chicago, if you don’t know where you’re going.  I hate that.  So much.  There is NEVER a reason for the horrific kind of poverty that is forced upon people by a heartless government and prejudice.

It tries to show who the kids are.  They are more than what people are led to believe.  They love their families, have kids, as teens, love their friends, some love school, all live in fear, watching their friends, and relatives, die, one at a time, sometimes killed by mistake.  They do not receive justice, or protection.

Life doesn’t have to be this way.  We allow it to be this way by not caring about each other.  By believing the lies we are force fed that make people fear and dislike each other, without even knowing each other.  By doing that, our power is diluted, and we don’t work together to make things better for everyone.

It’s wrong to treat people the way our government treats them.

Chicago is beautiful.  But only sometimes.  Kids killing kids.  When they have no hope of ever making something of themselves, they do it that way.  Gangs are their corporations an entry into status and power.  We give them no recourse.  It’s evil.

Just reminder to check out this incredibly beautiful book…it’s one of my very favorites. The artwork is incredible and its message is for everyone. I love it. You might love it too.

Book: You Don’t Belong Here…Women photo/journalists on the front lines of Vietnam.

This…is a truly wonderful book.  I can’t recommend it enough.  Brave, incredibly courageous women who risked their lives on the front lines, to get pictures and stories, during the war.  They also had to fight the battle against jealous male journalists, and the sexist media, to get their words and pictures published.  They won every award, carried their own weight, and told the truth, in a way that was simply the way things were.

I posted that I was reading this book.  It’s slow going, because it’s dense with facts and endless DESCRIPTIONS of what the author, and OTHERS, think Frida meant in the paintings she did while she was here.  It’s exhausting and FRIDA IS THE ONLY ONE WHO ACTUALLY KNOWS WHAT ANYTHING IN HER PAINTINGS MEAN.  It’s really too bad.  I didn’t want to read a book on her paintings, and what others thought they meant.

As far as being in America, the facts are:  She was here, she was horrified by the division between the starving, homeless, people and the rich who were having parties every night.  She pretty much thought America sucked, because of the haves and have nots, she didn’t like the wealthy, to say the least, and her husband was sleeping with anything that moved, as usual.  She liked a few people and a few places, but really, there is way too much, art interpretation, opinions and never ending descriptions.

I don’t believe anyone knows what anything stands for but the artist.  If Frida said something meant something, then it’s true.  If all the art critics, and people in the world, think something means something, it’s just what those people think.  The detail and dragged out explanation of others,  is making me read different books, instead of finishing this one.  I can’t tell you how little I care about what the lion in her picture means to the critics.

Look, singers say their songs are NOT about what people think they are. Puff the Magic Dragon  is a kids song.  Peter Paul and Mary SAID THAT THEY WROTE IT AS A SONG FOR KIDS.  It has NOTHING to do with drugs.  Lucy in the Sky with Diamonds, was about Lennon’s son, saying that about a little girl in his classroom.  It has nothing to do with drugs. But people don’t BELIEVE THE PEOPLE WHO WROTE THE SONGS.  This book reminds me of that.

The title of this book is, FRIDA IN AMERICA.  America is way in the background, other than how much she dislikes wealthy American’s, and feels sorry for the poor.  She calls us names, in letters to her mother, but does seek attention as a wife and artist. I’m half way through with the book.  She could be anywhere, although supposedly she was inspired in the U.S., and that’s why she painted the few pictures she painted while she was here.

Frida meets Georgia O’Keefe.  They had a lot in common, especially the fact that both of their husbands had sex with anyone who walked by them, or they saw in the distance, or had a pulse, no matter how thready.

But Georgia, was also furious that her husband, Alfred, a photographer (you know who he is but I don’t want to give him any space, because I don’t like him).  Anyway, HE was the one who told everyone that her flowers were sexual paintings.  He purposely misrepresented her work.  He showed the nude photographs he had taken of her, and  linked them to her art. She was angry and hurt, but no one listened to her. No one cared what she said.  Why would the male establishment listen to the artist HERself, when the artist was female?  Women have no voice.  Georgia stressed that her paintings were simply flowers, but no one listened. She said they were not meant to be sexual in any way.  But no one cared.  Georgia and Frida became became friends.  Their husbands were rat bastards, and I apologize to any rats who may be offended.  I like rodents, they have more honor than the husbands of these two artists.

Diego became enraged when Frida had affairs.  Happily, she had many trysts and affairs, because…hey, why the hell not.  I guess she was loud (how un-lady like, right) when he was sleeping around, throwing screaming fits, etc.  Whatever.  She din’t stab him, so she was obviously in control of herself.

While at a party, Diego was seated next to a beautiful blond artist.  Frida watched her like a hawk and after dinner, Diego and the woman continued their conversation (talking about art).  Frida walked up to the woman and said, “I hate you.”  She thought the woman was flirting, and that Diego would sleep with her.  The woman went to Frida and said that her father was famous and she had seen how he cheated on her mother.  She said that she had no interest in Diego, and that Frida didn’t have to worry about her ever sleeping with him.  She never would.  She said she saw what her cheating father did to her mother, and she would never do that.  The two became fast friends.

No one can understand the relationships other people have.  Why they stay, or go.  But it’s funny how angry men get…when women simply do what they do.  Who do men think other men are having affairs with?  They are having affairs with the wives of men who wouldn’t believe that their own wives would ever do the same thing they’re doing.  Women are cheating on their husbands, because their husbands are cheating on them.

Frida and Georgia didn’t have any children (they both wanted them).  I read somewhere that Alfred didn’t want kids, so Georgia was out of luck. Then I think he got a young girl pregnant and they were going to have the baby.   I’m sure Georgia was thrilled.

I’m sure many people will absolutely love this book.  Lots of facts and info.  Too much reading into her paintings for me.  I’m going to finish it and will let you know if it gets any better.