“Maybe, but he seems weird.  He wore a yellow tie and no one wears ties except on special occasions, like if someone is visiting.”

“What choice do we have?”

“Did anyone throw up today?”

“No.  That doesn’t happen as often as you’d think.   Mr. Mark said he has to follow the lesson plan, so we told him that we hate the lesson plan.   He said he will try and add some new things to it.”

“Sandra is giving a speech on bad fathers, next week.  Evan is giving one on father’s who start new families and forget about the old ones.  I’m going to talk about the  failing educational system.”

“Those are big topics.”

“Mr. Mark has been married for three years.  He doesn’t have any kids.  We asked, because everyone is talking about that stuff now.  Sandra asked him if he would ask for his dog, instead of his daughter, and he said, ‘No. Definitely not.’ But she said he couldn’t say that for sure because it hadn’t come up in his life, so he might change his mind.  He said that he wouldn’t change his mind but Sandra doesn’t believe him.”

“That’s understandable, considering what she’s been going through.”

“All the kids are talking about their parents now.  It’s not good.  Not really.  There are only a few parents who actually like each other.  Most of them fight a lot and a couple drink too much.  I don’t think adults know what they’re doing.”

“Neither do I, actually.”

“Mr. Mark said we can have a Harry Potter Day and talk about the books.  Sandra gave him a Chocolate Frog.”

“I hope so.  Kevin is wearing his Gryffindor scarf and a couple of the other kids are dressing up as well.”

“What are you going to wear?”

“Do you think Harry should have ended up with Hermione instead of Ginny?”

“No.  Who would be left for Ron?  Ginny was in love with Harry from the start and Hermione thought Ron’s idiocy was charming.”

“He was brave and loyal even when he wasn’t.  He was a fantastic friend who found courage when it was needed.  I’m glad he ended up with Hermione.  And, while he might not have been an idiot, he didn’t think things through.”

“Do you think they’ll get divorced?”

“No.  They all have kids and everyone loves each other.”

“We all want to go to a magic school in a castle.  But no one wants Snape for a teacher.”

“I wouldn’t want him either.”

“It’s kind of mean to let us know that something like that can exist but we can’t have it.”

“No, it’s not.  It’s wonderful that you know that it can exist somewhere and maybe someday you’ll find it when you least expect it.”

“No one likes Dumbledore anymore.  He let Harry suffer all those years and he knew what he was going through but didn’t help him.  Kathy gave her Dumbledore’ Army sweatshirt jacket away, because he was so awful to Harry.”

“It’s good to know the kind of people you like and those you don’t.  Dumbledore was conflicted.”

“No one cares.  He was mean and that’s all we talk about.  It doesn’t matter that he was conflicted.  Harry suffered.”

“But Harry’s life made him into who he became.”

“He could have become the same thing without being tortured.  Besides, Dumbledore lied to him all those years, never telling him what was really going on.  He used him for his own purposes and that was cruel and wrong.”

“Maybe that could be one of the discussions in class.  How adults abuse children for their own reasons.”

“How about a Niffler?”

“I will and thanks.” 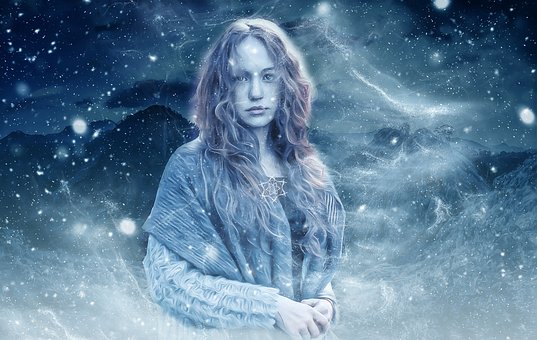 From: A PONDERING MIND

I don’t thing the robots are taking over. I think the men who plays with toys have taken over. And if we don’t take the toys out of their hands, we’re fools. -Ray Bradbury

via Robots — A Pondering Mind

FROM: SCIENCE AND SPACE AFFAIRS…How Much Water Is on Earth? — Science and Space Affairs.

The Earth stripped of its water (left). All of the Earth’s ocean water (middle) and freshwater (right). If Earth was the size of a basketball, all of its water would fit into a ping pong ball. How much water is that? It’s roughly 326 million cubic miles (1.332 billion cubic kilometers), according to a recent […]

via How Much Water Is on Earth? — Science and Space Affairs.

From: Astronomy Picture of the Day…lucky photo 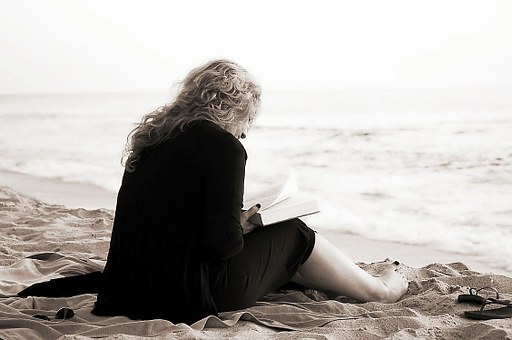 She had had a hard day and decided to take a break.  She picked up her book, and walked to the beach.  Once there, she kicked off her flip-flops and sat down.  She read for awhile, listened to the gulls screaming.  She inhaled the fresh ocean air and felt herself relax.  Lost in the story, her mind flew into someone’s dreams and when it was time to leave, she was renewed, refreshed and filled with a deep sense of calm.  Being alone in nature, with a book of dreams can reset us, so that we can begin again. 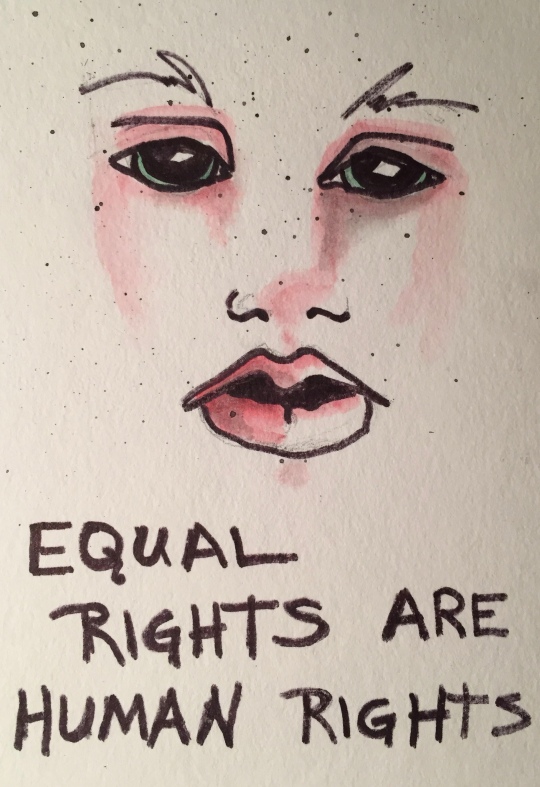 Let me begin by saying that I LOVE INSURANCE COMPANIES that cover health care and car accidents.  Love them.  They were amazing when our son died.  I couldn’t have asked for more…people were kind and lovely.  I love them.

Having said that, there are other parts of insurance coverage that leave me cold.   I’ve always thought that some insurance was the greatest con ever.  I always believed that we should be able to sue some of them under the Rico Act.  The mob might be made up of bad guys but at least you know they’re going to rip you off from the very beginning.  If you pay the mob for protection, you usually get protection, even if you’re paying just to protect yourself from them.  Not so from some insurance companies.

Squirrels have just moved in and are currently living in my attic/walls.  They came in because there was ice damage and the gutters and wood pulled away from the roof, or something like that.  Anyway, the squirrels moved in.  I called my insurance company, since it’s is going to cost me $5,000 to get the side of my house fixed, get the squirrels evicted, the insulation replaced, everything sterilized, the wood and gutters replaced.  Can’t have squirrels living in my house.

My insurance person told me that insurance companies do not insure for vermin damage.  I said how about ice damage?  Yes they cover for that but then I couldn’t have a crew come  and fix the damage because I would have to first submit a claim and then wait for an insurance inspector to come out and look at things.  And besides, with my deductible it wouldn’t be worth it.

She asked me how long the wood had been wet.  I said I had no idea since I don’t walk on my roof to check those things and she said…Oh, the damage is on the roof?  I asked her where she thought the attic was, if not up by the roof and she didn’t say anything.  So I told her about the Rico Act and how insurance was a great con and she agreed that I had never had a claim and that it was all too bad but could I keep sending them my money anyway because well, you know, that’s what you do when you’re in a con.  You pay for nothing.  She said I was covered if my house burned down, they would put me up for awhile.  I said I had squirrels not open flames and she said she was sorry.  She said to read my policy about vermin.  I asked if she could read the old police or even the new one I just got in the mail and she laughed, because no one can read them.

I am currently looking for a new insurance company.  No one covers vermin damage but I don’t like the people I’ve used for a thousand years, sent their kids through college and the one time I ask for assistance…they don’t do that kind of thing.  You pay the mob, they protect you.  You pay the insurance company and they said.  Oh, too bad, no protection here and if we did cover you we would raise your rates to get your money back into our pockets and then we would drop you because you placed a claim and thought we should pay you out of all the money you have paid to us for years and years and years.

I thought the crew was going to start to work on my house today but it doesn’t look like it.  Emily will be terrified and the work could take 3 or 4 days.   I just want the squirrels gone.  The Rico Act needs to be broadened to include insurance companies.  Really, it’s only fair.  What a great set up they have.  Best con EVER.

Again, I am all for health insurance and car insurance.  We have to have them.  They are wonderful and absolutely necessary.  Nothing but applause for them.  But this other stuff really drives me up a wall.

Book…APPLE OF MY EYE by Helene Hanff 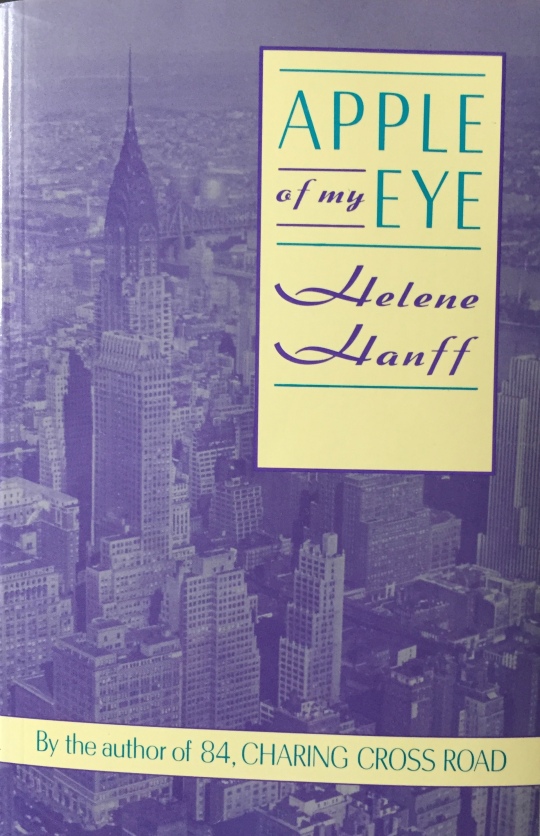 This is the last of her books.  I’ve enjoyed all of them and didn’t read them in any particular order, just as I found them.  I did not enjoy APPLE as much as all the others.  This is strictly about landmarks in NY, published in 1977.  I’ve never been to NY and had no attachment or emotional ties to the city.  She loves her city, which is understandable, and while I love her style of writing I just couldn’t connect with what she was describing.  There is a PS at the back, updating a bit, but still very old and meaningless to me, personally.  I liked the book, because of her charming writing style but the content was lost on me.

Move your cursor off and on the picture…from: Astronomy Picture of the Day