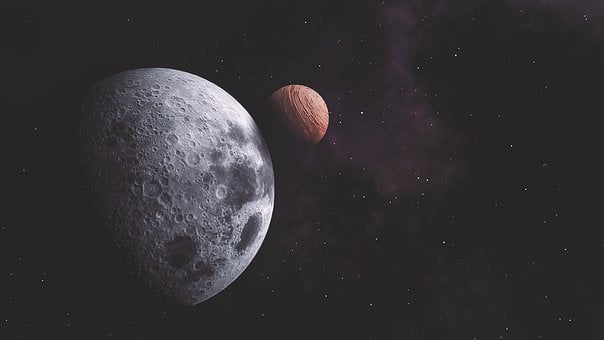 If you listen to scientists talk about planets and moons, gravity and all the rest.  you will hear them say, “The Moon was trapped, captured by Neptune’s gravity.”

Trapped and captured.  When I hear that, or read it, I immediately feel sorry for the moon, since it was TRAPPED and CAPTURED without it’s permission.  I mean, it was floating around,  minding it’s own business, and suddenly, it’s in ORBIT around a planet.

I’m thinking the moon is a rock, and probably doesn’t care, but still…those are bad words…trapped and captured.  I don’t know what other words we could use, since the moon, or rock, was just passing by on it’s way to someplace else, but by passing too close to a planet, it became a prisoner.

Our language gives us a window into what/who we are.  The words and definitions we have made up are a reflection of our lives and how we see the world.

For Americans, it’s never good not to have  choices.  So, I automatically feel bad for the moon, even if it is a rock, even knowing that if it wasn’t trapped by Neptune’s gravitational pull, it may have wandered off and collided with something gigantic and been smashed to bits.  Still…trapped and captured, those are things horror movies are made from.

These are the things I think of when someone says, “We are all one.”  Not that we actually have anything in common, other than the obvious, but that we’re all trapped, captives, prisoners and probably a video game gone wrong.

I think the meteor hit way too early (yes, there were supposedly 5 extinctions, or maybe we’re going to be the 5th one.  I read it but forgot it).  Anyway, the dinosaurs should have been allowed to live for another few hundred thousand years.  They didn’t damage the planet and weren’t even thinking about leaving it to go somewhere else.  They were just minding their own business, killing, each other now and then and taking care of their kids.  No made up governments or religions, no hatred or anything.  It’s too bad they couldn’t paint on cave walls.  That would have been really cool.   They could have painted each other, but why?  When it comes down to it, they were out foraging and looking for water, or the next best thing.  Just like humans, but in a less destructive way.

They didn’t keep pets, or tie other dinosaurs to trees or kill them because they wanted their stuff.  There was no STUFF.  Think about that.  NO STUFF AT ALL.  They all lived with what they were.  Nothing to carry or drag along.  No cleaning or cooking or going to the store for food.  No changing sheets and wondering if the kids were on time for school.  They just walked along, admiring the view and wondering who they would come across to have for dinner.  The herbivores were looking for leaves.  No business meetings, or appointments, just a walk through the world with an eye out for predators.  Kind of like women live all the time, the predator part, I mean.

Now is when the meteor should hit.  Look at us…we’re what came after the dinosaurs.  What will come after us?  I wonder if whatever it was will be nice?  Maybe large chipmunks, or fish who could breath out of water.

They would have to be small, because the oxygen levels are so different than they were when the dinosaurs and gigantic everythings roamed the earth.  So, I think that’s over, unless something changes.

What if something comes drifting along and gets trapped or captured in our gravitational pull?  What if we wake up one morning and there’s another moon and our tides are like, “What the…”

I don’t really believe in the Big Bang.  I think something was ALWAYS here.  I can’t believe in nothing.  It just seems insane.  Not all scientists believe it either.

And what about Nessie?  Is she really living in the Loch?  If she is, she’s smarter than we are, being able to avoid technology and all of our poking and prodding.  What if she exists in  parallel worlds, so she’s only in the Lock when she’s here, and she disappears, when she goes home to the other world?  That makes sense, since parallel worlds are simply membranes hanging next to each other.

But I don’t want her to be captured or trapped.  That’s why all the “OTHER” things that live here hide,   We all know what we do to things we don’t understand.  WE TAKE THEM APART.  We don’t study flowers where they grow, we pick them and watch them die.  That’s what humans do…they turn living things into dead things.

How badly would another moon screw us up?  How big would it have to be to get caught by gravity, rather than crashing into us.  How close would it have to be to realllllly play with the oceans and everything else.  All those cool science fiction drawings/pantings of worlds with multiple moons and planets, never address those things.

What if moons can think but they can’t go in reverse?  What if they can’t steer and just drift, unable to turn away from something they know they’ll hit?  We don’t actually KNOW for sure what other things can do.  We measure things by our own brains, which, if I may say, hopefully cannot be the best there is.   Maybe rocks think, but just more slowly, or perhaps they have a different agenda or vocabulary.

We know people are living on the moon.  There are pictures of smoke stacks and machines, all kinds of things that the government hides.  The people who do the photo doctoring have come forward and told us they do it.  Our government should be renamed and called THE BIG LIE.

What it we start painting on cave walls again?  Look how safe and how long that artwork has lasted.  Well, until WE found it, now it’s being destroyed.  Why do we want to look at everything?   People go into the caves to look at hand prints and their breath destroys the art but do they care?  Nope, they just want to see bats, even if they heat up the caves and kill them.  Cuz THAT’S what we do.  We KILL things and don’t really care.  We’re doing it all the time, even as I type.

People can pretend that we’re really nice and have pot luck dinners and feed the homeless (that we have put on the streets) but we are basically destroyers.  Ask the polar bears, or anyone who lives in the ocean, or the forest that’s being clear cut.  Mmmm, actually look at the air we breath, the food we poison ourselves with, the water we drink.

Until everyone, or at least most people admit what we are, we can’t help ourselves and we’re all trapped and prisoners of our own lies and denial.

We make up stories to tell ourselves why things are the way they are when in reality, we really don’t have a clue.   Why is that so difficult to accept or understand.  People can believe in invisible gods but not what’s right in front of them.

I guess for some people, it’s just too scary to admit we don’t know anything and therefore some guy in the sky will save everyone.  Well, he can save the people who believe in him.  The rest of us will just find out what’s going on by ourselves.

We’re all trapped in this universe and we don’t actually know why.  Everything single thing that exists, is trapped.  Nothing has a choice.  You know that, don’t you?

I know that I’m not looking for a family album of anyone I don’t know, even of those I DO know.  I could understand it, if it was a biography, but a book on interior design?  That doesn’t work for me because it doesn’t make any sense.

I was looking at a book of tulips, the other day, and there were pictures of TULIPS.  No baby pictures of anyone.  That’s my kind of book.  Get to the point.  Be true to the title.

As I said, it could just be me, but that’s a big turn off.  Well, we’re all different.  Others may not buy a book unless it HAS baby pictures in the front.  It just seems really odd and strange, as if the authors don’t realize that they’re sixty years old and have been around the block a few times.  Is it a longing for days gone by…or an ego thing?  Maybe they think it’s cute or perhaps they knew they wanted to be designers before they could even sit up.  I just don’t get it.

Anyway, If you want to see something beautiful, rugged, earthy and cool, look up the following, but remember, this is MY taste and definitely might not be be yours.

ALL books by Hans Blomquist (my favorite is The Natural Home) I love all of his books.

THE STUFF OF LIFE, by Hillary Robertson

ALL books by Sibella Court

These are just a few of the books I like. 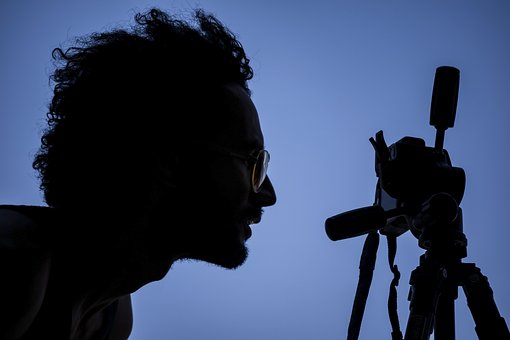 From: Candy (can you imagine how many people knocked on that door to tell the people their cat was stuck!) 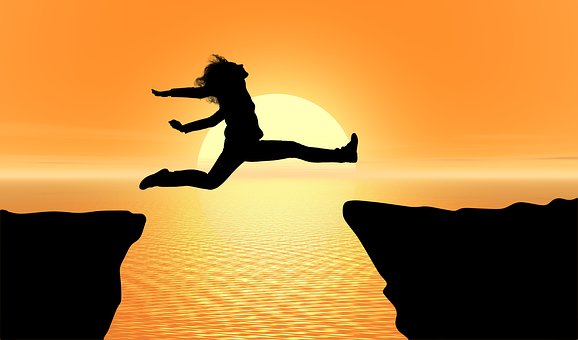 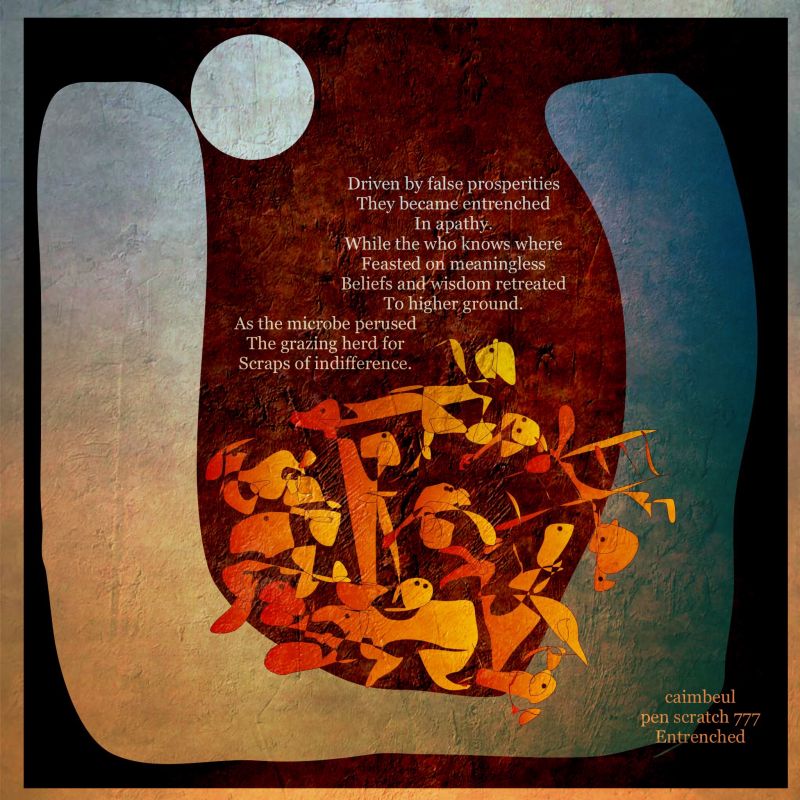 “Why can’t people just sit and read books and be nice to each other?” — Art of Quotation “Why can’t people just sit and read books and be nice to each other?” David Baldacci, writer, book quote from “The Camel Club”, p.304, Pan Macmillan Photo: Kourish Qaffari

via “Why can’t people just sit and read books and be nice to each other?” — Art of Quotation 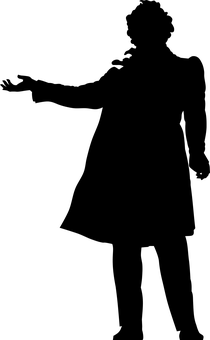 “Are you here for the bride or for the groom?” she asked, when he walked up next to her.

“Why would you do that?” she asked, staring at him.

He shrugged.  “Bridesmaids, music, food, bets on how long the marriage will last.  All the usual reasons.”

“You think so?” he chuckled.

“Why?  Because I told you the truth?”

“Probably,” she said, grinning at him.

“How long do you think they’ll last?” he asked.

“No.  Really,” he said, smiling, sipping a glass of something. “How long?”

“The best man bet three, so you’re going for the long haul.”

“He did.  The maid of honor said two years.”

“She’s always been an optimist.”

“It’s sad that marriage has come down to this,” he said.

“I was at a wedding a few weeks ago and the bride introduced her husband as her soon to be ex.”

“Great,” she said, putting her empty glass on a table.

“The bridesmaid dresses are terrible.”

“You’re right.  No one should wear that color green.”

“Are you here for the bride?”

“For both of them.  We’ve been friends for awhile.”

“I was just wondering, because sometimes a three way friendship can get kind of entangled.”

“Do you want to go out to dinner?”

“Yes.  this wedding is boring and the families don’t like each other.”

She looked around.  “I probably should stay.  But you’re right about the families.  Both think their own child is too good for the other one.”

“I think we could have fun, if we went someone else.. So?  Dinner and dancing, where the people are happy to be where they are, instead of here among the angry ones?”

“Sure,” she said, taking his hand.

“We won’t have a wedding.  We’ll elope,” he said.  “Get married on a beach somewhere, barefoot and tan, just the two of us..”

“That’s the way love at first sight works.  Everything is perfect from the start.”

“That’s exactly what this is, now let’s get out of here.”

Today is: National Time REFUND Day (play it backward and start over)