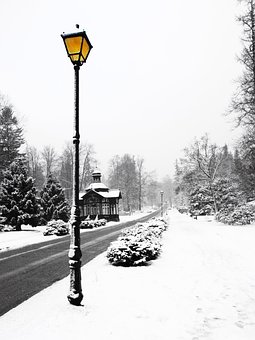 The orange one wants a 21 gun salute, a military marching band, and a huge crowd, to see him off.  A two time impeached, liar, who caused a riot and tried to bring down the government he swore to protect, wants a BIG SEND OFF.

The saddest part is, he might get it.  Our government is so screwed up, I think anything is possible.

A friend of mine just sent this…

Other countries are saying they can no longer trust democracy or America.  They said they can see that democracy doesn’t work and they can’t depend on the United States for help or leadership.

Who can blame them?  The traitors are in the walls and it’s continuing.  The government is crawling along, debating and talking and letting the traitors speak and vote, while the world looks on and laughs and waits for ACTION, and there is none.  Red tape is killing us

The cartoons from around the world are funny, sad, pathetic, and they put america in it’s place.  To say we have, “lost face,” is an huge understatement.  I think Biden can bring us back but look what he has to overcome.  There are still going to be republicans opening the doors for the extremists.

This is one of several videos made by the Goser family telling people not to vote for Paul Gosar.  This one is from 2018.

His brother and sister were on CNN this morning, saying that Paul is a dangerous, right wing extremest who lies, starts false rumors, and is extremely dangerous.  He and the others are responsible for what happened on the 6th.  He has been in contact with Ai Alexander and helped plan the attack on the capitol.

Apparently, his family has been trying to tell EVERYONE how dangerous he is for YEARS.  He started the rumors about Obama not being a citizen, he lies constantly.  They said he spreads rumors saying the virus isn’t real, not as bad as they say.

Now here’s the thing.  The FBI, the Guard, the police are going to protect Biden from “outsiders,” but if this REPUBLICAN, in the House, is close to him, how can we be sure that he, or one of the others, won’t go for Biden themselves?    You can’t trust the republicans who have been enabling and supporting  trump and these extremists.  You certainly can’t trust the republicans who organized the riot.  Any one of them, could be the one to try and make a name for himself, by killing President Biden.  I think that’s the scariest part of all.

If you can, try and watch today’s CNN interview with his siblings.  Its very sad to see how hurt and miserable they are, because of what their brother is doing.  How frustrating it is to tell people the truth and no one listens.

This family has put out several videos, since 2018, warning people about him and yet, he stands in the Chamber and gets to VOTE and SPEAK LIES, in spite of all of that.

He should be arrested immediately and taken to jail.  No bail, for crimes against humanity.  But, he’ll probably walk, like they all do, and continue his hateful life without consequences.

Oh, and one more thing.  The REPUBLICANS stood in front of the chamber doors, last night, shouting and having a fit, because there are metal detectors in place. No one asked them if they could be there. They were having a fit. Be nice if they had a fit about the RIGHT AND IMPORTANT THINGS. Someone told them the metal detectors were there BECAUE OF THEM.  Which they are.  No one else had a problem with them being there, but when you’re all about CONTROL AND POWER, even in the midst of a national crisis, with right wing extremists in your own party voting against the truth, they can always find the time to have a fit about the important things…like metal detectors.

THE REPUBLICANS ARE RESPONSIBLE FOR WHAT HAPPENED…THEY SET IT UP.

THREE HOUSE REPUBLICANS were working with Ali Alexander, lead organizer for the riot.

House republican, andy briggs, HAS BEEN WORKING WITH ALEXANDER since the ELECTION IN NOVEMBER, SETTING UP THE ATTACK.

ALEXANDER is in hiding, but he released videos and taped phone calls to prove it.  There is a video of a speech made the morning of the riot, inciting the crowd and encouraging the riot and violence.

BRIGGS told Alexander that while they were attacking, HE WOULD BE IN THE CHAMBER VOTING AGAINST THE VOTE COUNT.

The acting head of Homeland Security resigned.  Apparently he hasn’t been doing a good job for years.  What?  He resigned so he wouldn’t have to take responsibility for what’s coming.

Two police were suspended, one man arrested, for their alleged part in the riot.

And, according to the FBI, trumps thugs are going to hit the capitols of all 50 states at the same time.  There will be “armed protests.”   They said they are expected to start on the 17th.

ALSO, the republicans REFUSED TO WEAR MASKS when they were voting in the chamber.  Masks were handed out, but they REFUSED to take them.  One woman has already become ill.  THEY SHOULDN’T HAVE BEEN ALLOWED IN THE CHAMBER WITHOUT A MASK IN THE FIRST PLACE.

And, for those who don’t know, Springfield is the capitol of Illinois, not Chicago.  I can’t even imagine what would happen if they attacked the city.

I would like to know how the people who believe that we can find common ground with the other side, feel right now.  Those commentators and folks who thought we could sit down and chat, to find our similarities that would overcome our differences.

When people say things like that,  it’s difficult for me to believe that they have ever faced people like the rioters.  If they think the people who stormed the capitol are different when they’re at home, they’re wrong.  A lot of women must have been beaten when the republicans lost the election and again when they lost the senate.  That’s what always happens, but a lot of people don’t like to think about those things.ple

I think people who want to heal the world with love and kindness, just don’t get it.  I wouldn’t either, if I hadn’t been in demonstrations and faced SCREAMING violent people.

They hate us. Do you understand that?  They believe that we are evil and destroying the country and their fantasy way of life…that’s what they have been told. Do you GET that?  They BELIEVE it, because they have been brainwashed to believe it and they want to destroy us because of what they believe.  They don’t see us as just more Americans trying to live our lives.  They see us as enemies that needs to be put down because we are destroying America with our anti racist talk and marches, with our calls for equality.  They didn’t go to the capitol to talk to Nancy Pelosi and Pence, they went to KILL THEM.  Even now, they are planning to attack the capitol again, well armed, on the 20th. Possibly the 17th.

Maybe the nice people will learn something from this.  Maybe when they saw the trump lovers try and crush a police officer against a post, or when they killed an officer, trying to defend the building, they will realize that there is no talking to them.  But maybe not.  Maybe the nice people are just brainwashed to be nice, no matter what.  I mean we’re all brainwashed, just in different ways.  I’m not sure how they think they would change the minds of  The skin heads, the proud boys, the hunters and the killers, but good luck.

I’m not saying it couldn’t be done, one person at a time, but again, good luck with that.

The other side, doesn’t want to change, anymore than we do.  We want peace, personal power and equality, they want dictatorship, power over others  and violence.  You can’t fix that by being nice and crossing your fingers.  The important thing to remember is that the nice people don’t want to be violent and deal with icky things, and the violent icky people see the nice people as easy prey and evil.  So…I don’t know what to tell you, but we have a really big problem.

Hopefully, with Biden actually working for and HELPING the people, many more will come over to our side.

Someone on the inside allowed the riot to happen.  They consistently turned down offers for help before the event even began…someone on the republican side, someone who believed in trump opened the gates for this breach.  It couldn’t have happened without that.  The permit for the thugs was for 3,000 people and jumped to 30,000 being okayed to gather, and still they DID NOT ADD ANY MORE POLICE OR GUARDS.  Someone working for trump did this.

Now we’ll just have to wait and see what happens on the 20th.

her mother, lied to her and said she was going away for three days to take her aunt to a doctor.  When the daughter used the app to see where her mother was, it was turned off, so she was suspicious.  A friend sent her a picture of her mother in the riot, after being punched in the face.  She said her mother has been brainwashed by trump and his group.