Is everything connected? Why do people believe that line? 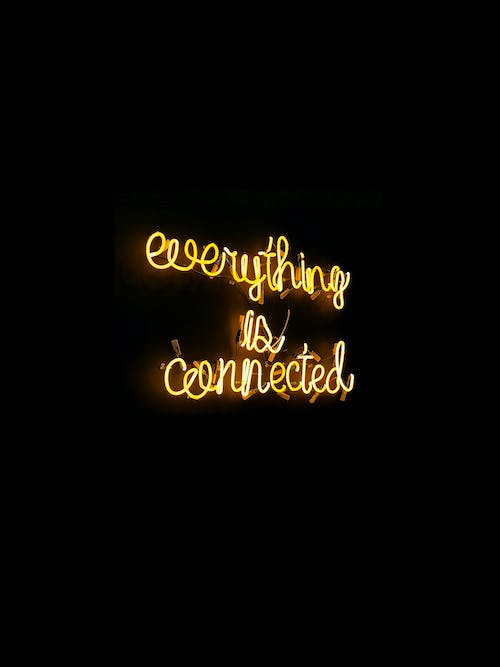 I don’t get it.  What’s connected?  If a butterfly flaps it’s wings in California will a storm reach Miami?  I don’t think so.  And if we are connected to anything, why is the wold the way it is?  Is violence our connection?  Hatred?  Meanness? And don’t even start with love (gag).  People kill and torture each other over love, ALL the time, so that’s not even on the table.  I think this statement is simply one more lie.  One more thing to make some people feel good, hopeful, or connected.

Like the saying that we’re,  all made from stardust.  So what?  What does being made from stardust add to our lives?  Does it stop violence, hunger, racism, war?  What?  We say the dumbest things as if they matter.  No one believed we were made of stardust before and knowing it, or believing it, hasn’t actually changed a single thing.  In reality, stardust is just more stuff to wipe off our furniture.

Nothing can change anything but US.  Connections, stardust, blah, blah, blah and meanwhile, people are dying and starving and being tortured, while others are smelling the roses.  I don’t think the neo-nazi’s in Germany are thinking about our connections, or the idea that we’re all made of stardust, do you?  I don’t think they want to made of the same thing other are made of.  Men can’t even stand to be compared to women, so they certainly don’t want to throw like a girl or be connected to anything female.  The worst INSULT you can give to a boy is to say he’s acting like a girl.  So no connections or stardust there.

I think we’re crazy, spending our time IGNORING what’s happening and hoping it will go away if we don’t look.  Maybe it’s a throw back to when we were tiny babies playing peek-a-book and we thought we disappeared if we put our hands over our eyes. If only that truly worked.

It’s NOT that I don’t see the beauty that’s here, because I really do.  It’s just that I want everyone to be able to see it.  I think people should be able to live without constant fear or misery.  How can I be okay and not see that other people can’t feed their kids because OUR GOVERNMENT has a minimum wage FOR OTHERS, JUST NOT FOR THEMSELVES?  It pisses me off.  I wish it pissed everyone off.  How can we ALLOW those people to give themselves raises while raising taxes and pushing even more people into poverty?

It would be so easy to sit back and just enjoy life, but somehow, I can’t seem to do that when women can’t be safe wherever they are.  Even their bodyguards (the men they are with) have to be bigger and stronger than the guys who may decide to take her. Yeah, no connects or stardust there…at ALL.  Just hatred which, sadly, may be our only real connection.

I don’t understand how the catholic church is still filling pews after they hid the raping of innocent children in EVERY SINGLE PARISH ACROSS THE ENTIRE GLOBE for years and years and years and years.  What is wrong with people?  What’s WRONG with the god they believe in, you know, the one who sent his kid to die instead of dying himself.  I think that’s the way the story goes.  Male god, so there HAS TO BE killing and death.  That’s what males do, so everything they touch has to have torture, violence and death included.  No one seems to notice that, do they?   The only reason Mary is there is because the men who made up the religion, couldn’t figure out how to have a baby show up WITHOUT a woman being present.

Oh well, I certainly don’t have any power, or influence any longer. The things we used to do won’t work anymore.  So,  I’m going to read while everything just keeps on being the same and getting worse.

Weird that Germany is doing it again.  Maybe hate, prejudice and murder recycle like bell bottoms.  Earth seems to be an insane asylum flying through space and WE make it that way, unless this is just what we are. I mean some women are awful, but I usually attribute it to being a woman in a society that hates all of us.

Oh, and the orange one is working on his comeback with LOTS of money being sent his way and LOTS of support.  Just sayin’.  Be ready for that and trust me, he’ll want to be president for life, and he’ll make it happen if the republican’s can get him back in.

Anyway, we aren’t CONNECTED, believe me.  Not even a little.  All we really are is locked onto a rock in a solar system from which we cannot escape.  THAT’S our connection.  Prisoners riding around on an outdoor jail, with hateful wardens.  Basically, we all doing time.

What you’re looking at is…money. 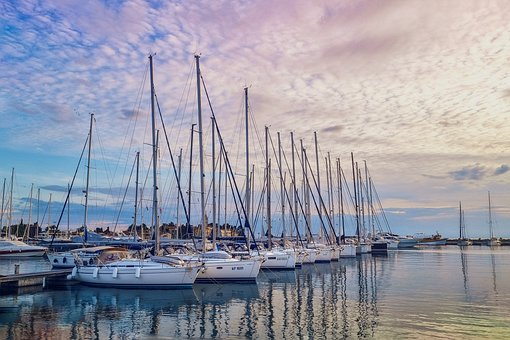 Sometimes we don’t think about what pictures like this represent.  We see yachts, sunsets, calm water and a lovely setting, but what we’re really looking at is inequality.  We’re looking at the haves…not the have nots. The have nots clean and repair the boats, they sometimes keep them stocked.

We have been raised, conditioned, brainwashed, whatever you want to call it, to NOT think about the fact that we have so much more than others, for no other reason than what we were born into.  Luck, choice, fate, destiny, call it what you will but, the only difference between the haves and have nots has nothing to do with ability, beauty, beliefs, attitude, talent, or anything else.  It’s about position.  It’s about power and your place on the ladder of who gets what.

We often take our toys for granted, as if they are our right.  We don’t alway even see what we have, our things are just there.  Well, they aren’t there for everyone, and that’s not fair.  Nothing about life is fair and we don’t do much to change that.  I’m not sure we can actually change very much at all.

It’s like the riot in Washington.  All those out of touch senators and house reps, thinking nothing could touch them.  The elites, above it all, their positions safe and assured.  The only reason the riot worked at all was because their own peers led the attack but they must have been surprised that ANYTHING could ever happen to them.  They forgot that they are just like everyone else.  We are all like everyone else, no matter what you drive or wear.  No matter where you live, or who you are.

The thing that divides us is the fact that some people unjustly have the power to withhold money by capping wages, withholding insurance, eduction and housing.  The elites, the masters, power mongers, force people to suffer while they vote themselves raises.  Who gets to vote themselves raises, other than out fat, rich government?

Poverty is purposely imposed upon those with no power to fight back.  That’s sick, evil and insane.  It makes for a violent and weak society and that’s exactly what the white guys in power want.  It’s easier to control people in those situations.  I’ve said it before but happy, creative people, cannot be controlled.

Anyway, a picture is worth a thousand words…visualize the above picture with minority owners on board, women owners or poor people, and see if it looks the same way.  This picture represents wealth, it’s not just a pretty picture, it’s a political statement.

The only thing that makes one an artist is making art. And that requires the precise opposite of hanging out; a deeply lonely and unglamorous task of tolerating oneself long enough to push something out. – David Rakoff 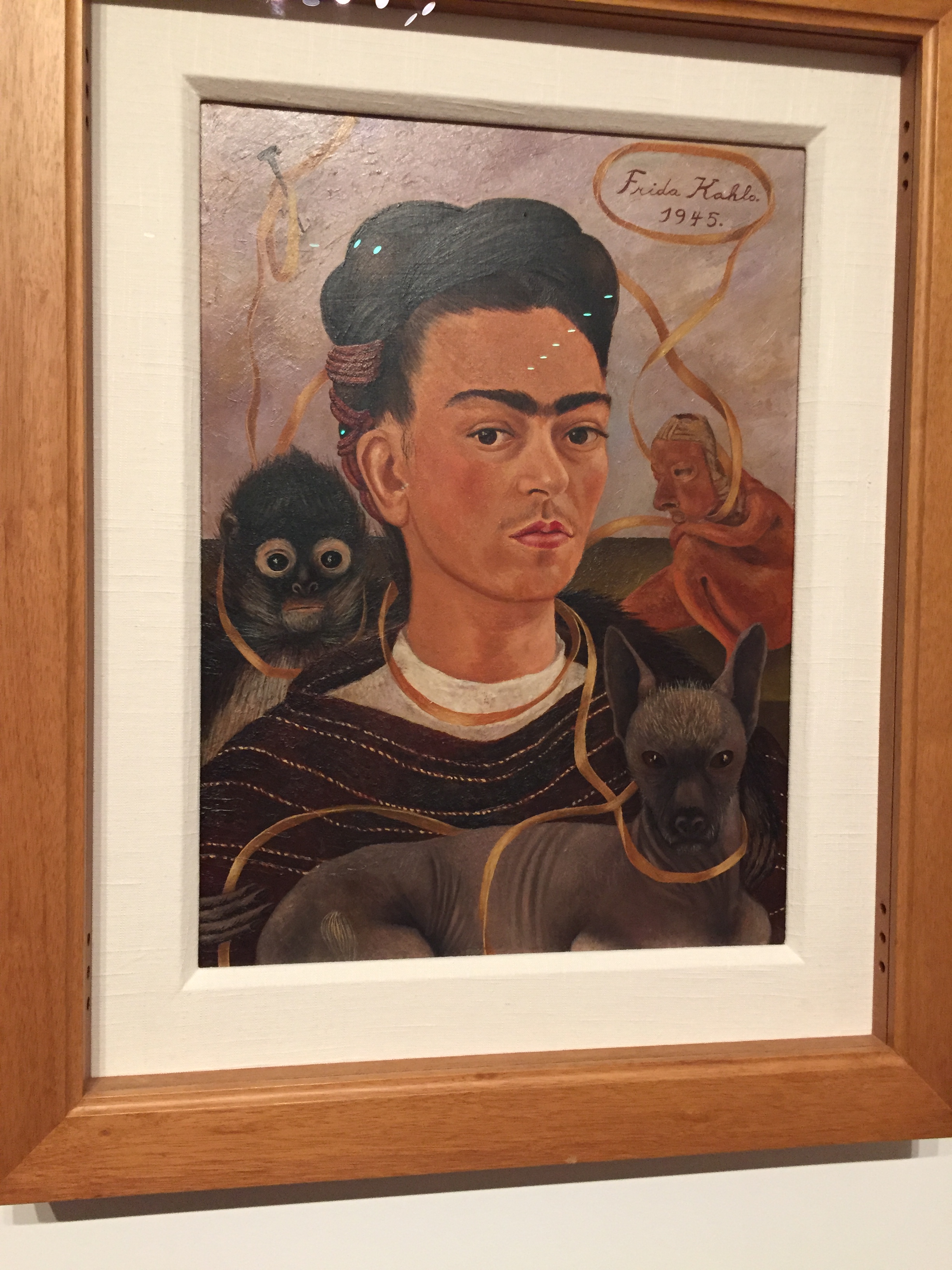 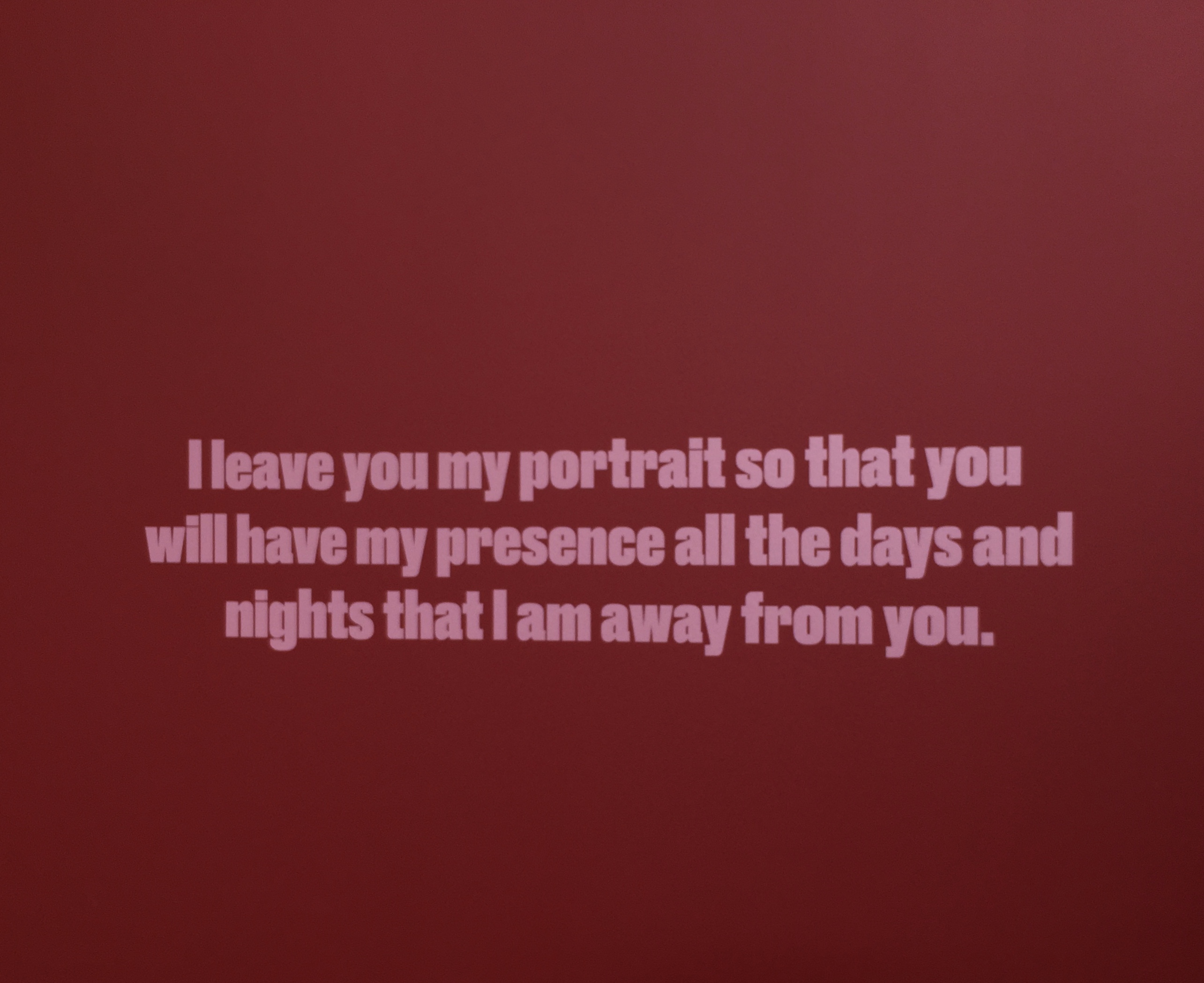 EMILY rolling around on the patio… 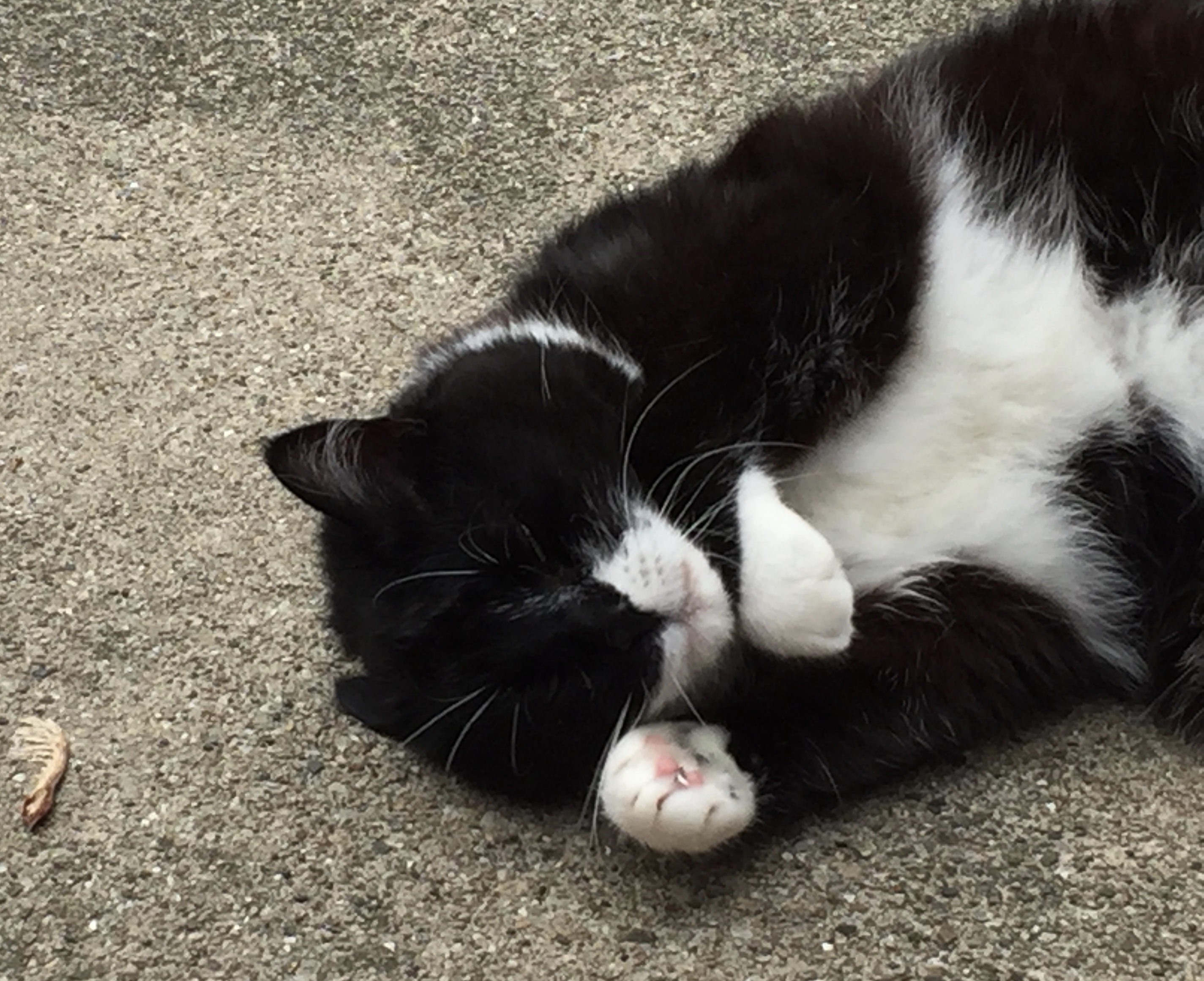 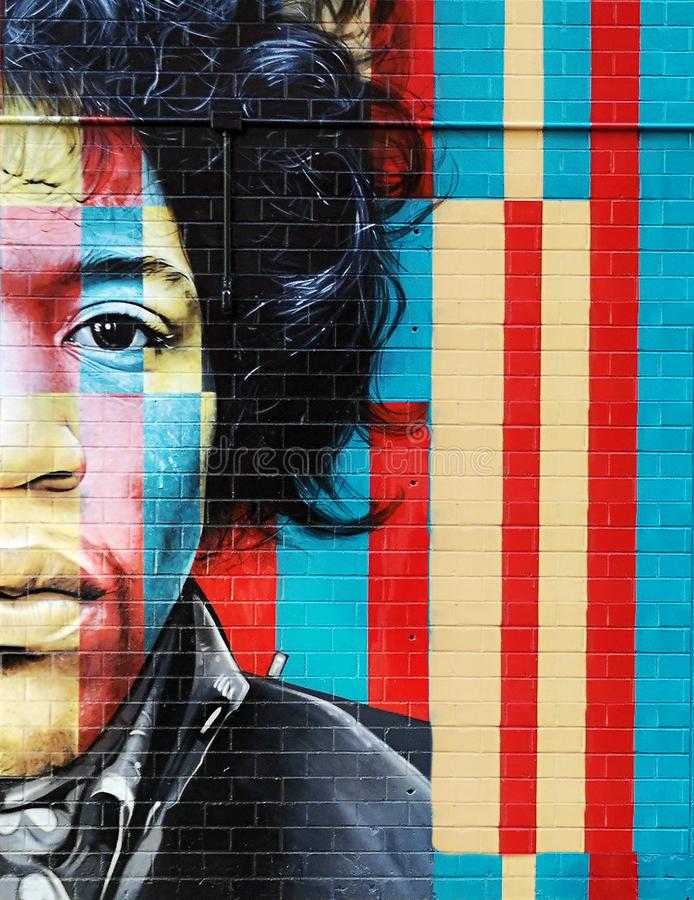 I’m the one that has to die when it’s time for me to die,
so let me live my life, the way I want to. 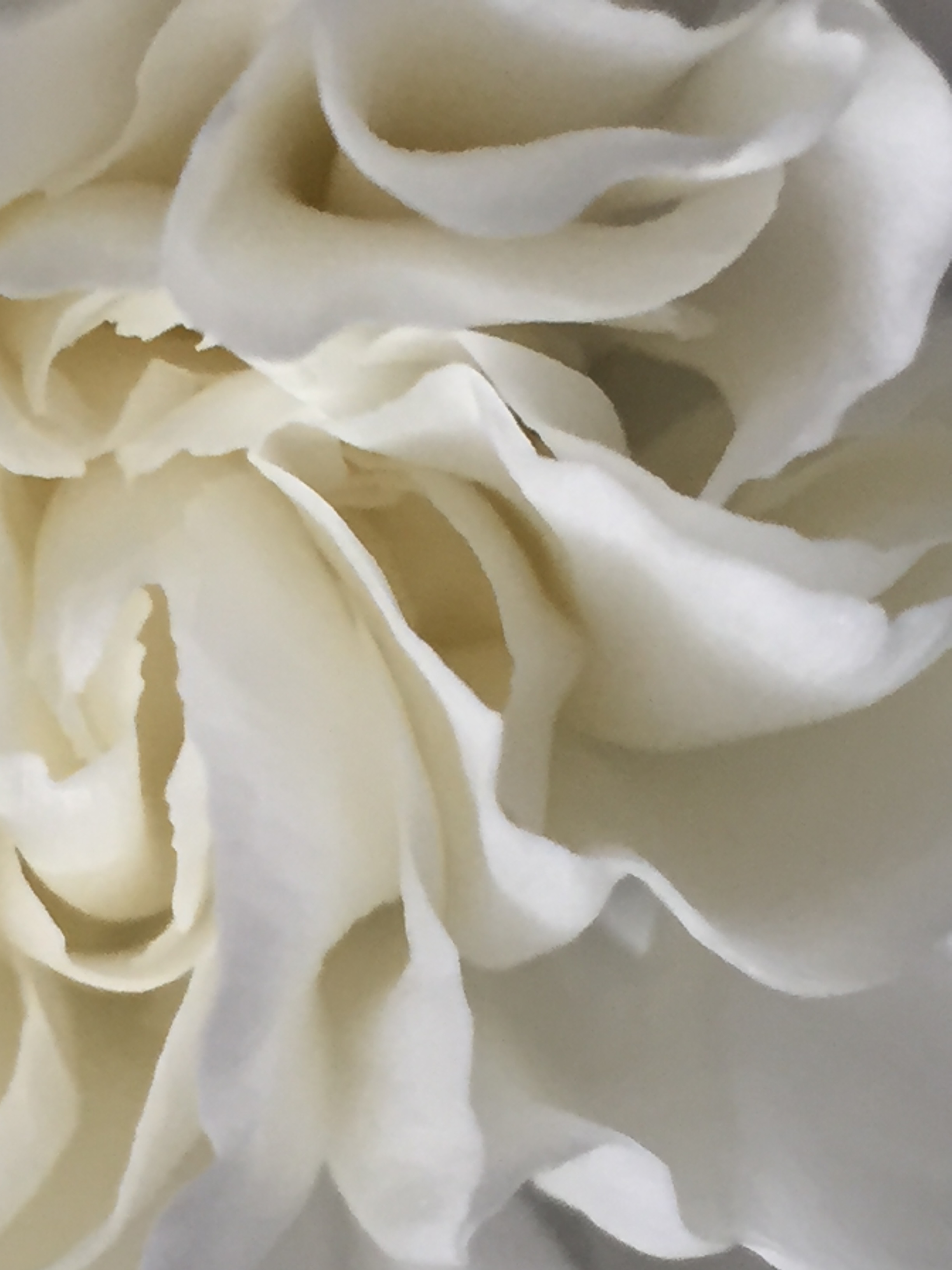 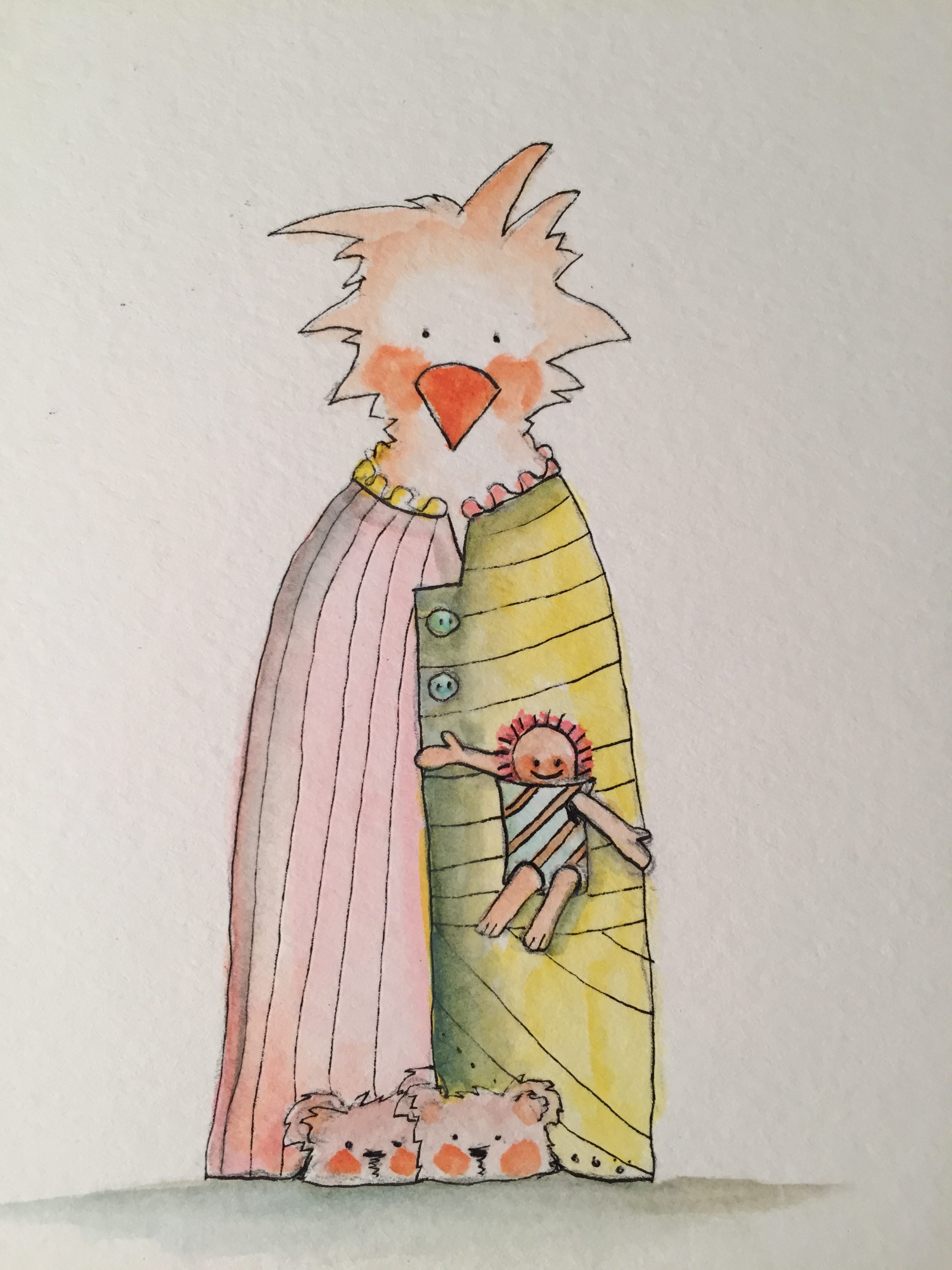 Today is EAT BREAKFAST IN YOUR ROBE DAY.  Lacy is on her way to the dining barn, where everyone will be having corn French Toast and cereal.  Once a month they get to eat in their robes, so everyone is excited.  Some of those who live at The Coop can’t really wear robes, like the horses and goats, and the adult pigs, have a difficult time but those who can, wear them.

THIS is incredible…From: Astronomy Picture of the Day