Archive for the ‘Danny and a lot of other things’ Category 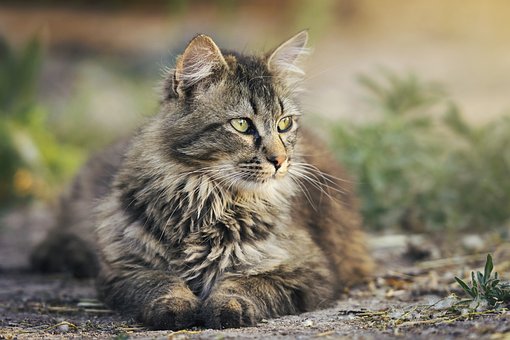 Judy was a writer, even if no one else was aware of that fact.  She lived in a small, one bedroom, apartment, on the third floor, with her cat Danny.  Danny knew that Judy was a writer and he encouraged her by laying across her keyboard on his back, showing her his fuzzy tummy.

Danny was a rescue and sometimes Judy thought she was one too, but no one had come to get her yet.  She sighed, took a bite of her swiss cheese sandwich, on thin rye bread, and sipped her tea.  Danny grabbed the cheese off the bread and carried it into the kitchen, where he found a sunny spot to sit and eat.

Dressed in blue pajama bottoms and a white tank top, her short dark hair pushed behind her ears, Judy looked at the blank screen.  “Write what you know,” she said to herself.  “But what, exactly, DO I know?”  The cat rolled his eyes and decided to take a quick nap.

“Do you want to go for a walk?” she shouted, from the other room.

“ROOOOOOWWWWERNOOOOO,” he answered.  She always made him wear a harness and it looked stupid.  If any of his friends saw him wearing it, his rep would be destroyed.

“I’m positive,” he muttered to himself, and curled into a tight ball.

“I really could write about that,” she said, cautiously.  “I think I know all about that.”

Danny sighed and wished he could open the drawer that held the nip.  He didn’t need catnip.  He could quit anytime.  But he did like to roll in it, every once in awhile.

“Do you want some nip, Danny?  I’m going to be writing nonstop, so let me know, now.”

“That woman can read my mind,” he grumbled.  He got up, walked to where she was sitting and head butted her calf.  Judy got up, grabbed a large pinch of nip out of the bag, and put it on the wooden floor.  Danny was going to pretend that he didn’t care,  but suddenly found himself rolling around, covered in bits of leaves.

“Page one,” she said, seriously.  “Opening paragraph.”  Then nothing.  Nothing at all.  “Flying through the air,” she muttered, scribbling on a notepad.  “I’m wearing formfitting, lightweight armor and my sword has a sound to it.  The hilt has inlays of shell and garnet.  Everything is silver with lines of gold.”

There was a thud against her front door that was so loud, she thought the wood would splinter.

A gorgeous man, half fell into the living room, the doorknob in his hand.   Blood covered his breastplate, his sword was nicked and pretty much dragging on the floor.  His thick blond hair was a perfect mess and his eyes were green.

“Come with me,” he rasped.  “They’re almost here.  If you stay, you won’t live until tomorrow.”

Danny bit the man in the ankle.

Danny and a lot of other things