From: House of Heart

Put to rest Adam’s story, a myth written by forty men of diverse background over the course of fifteen hundred years and followed by the clergy for centuries. We bow our heads to patriarchal rule, a not so thinly disguised tide of misogyny beginning with Adam’s lassitude. Many of us have forgotten who we are, […]

via woman — House of Heart

Some snowpeople look more real than others… 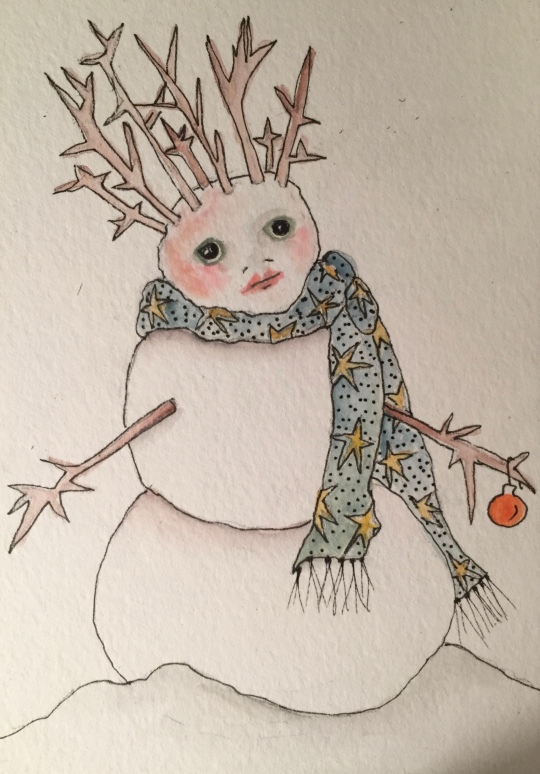 The pope and priests, as well as many others, wear costumes.  They do it so you know who they are.  If they dressed like everyone else you wouldn’t treat them the way they want to be, or EXPECT to be, treated.  If the pope was wearing jeans and a Queen T-shirt, gym shoes, without socks, you’d walk right by him.  He might get mugged, sneered at, or even arrested, but he wouldn’t be bowed to, treated with undeserved (my word) respect, admired, or anything else.  Here’s the thing…no matter what people wear, they ARE the same as everyone else…that’s exactly why people like the pope wear costumes in the first place…so they are treated differently.  Without the costume…no one cares.  People are easily fooled by clothing/costumes and a look-alike in papal dress would be treated the same way as the guy who was elected.  Think about the old movies where the princess puts on regular clothes and takes the crown off her head, so that she can become invisible for a day or two.  Same deal.

The truth is…people worship and admire the costume, the person really doesn’t matter because they are no different than anyone else.   I always use rapist priests as examples because what their costume is SUPPOSED to stand for is the opposite of what the men wearing the costumes are.  People are fooled by clothing.  They think the meaning of the garb is the meaning of the person wearing the costume and it’s not.   Priestly robes protect rapists who go without punishment because of their costumes and what people allow them to get away with because of those costumes.  People would treat any guy in a priest costume a certain way, call him father (still will NEVER understand that one) and never think twice that he may have stolen the costume for nefarious purposes and he’s just some guy off the street.  Dress in a costume and people will act accordingly.  Put on scrubs, a doctor’s white coat, a police uniform and no one will stop and ask to see proof of who you are pretending to be.  Still, the pope and priests are the worst because they pretend to be good and the representatives of an invisible god.  Any god worth believing in doesn’t need middle men who pass a collection plate and wear costumes.  Just something to think about…costumes trigger certain behavior  in people and that’s how you can tell that people are being played.

Everyone needs to brush their teeth… 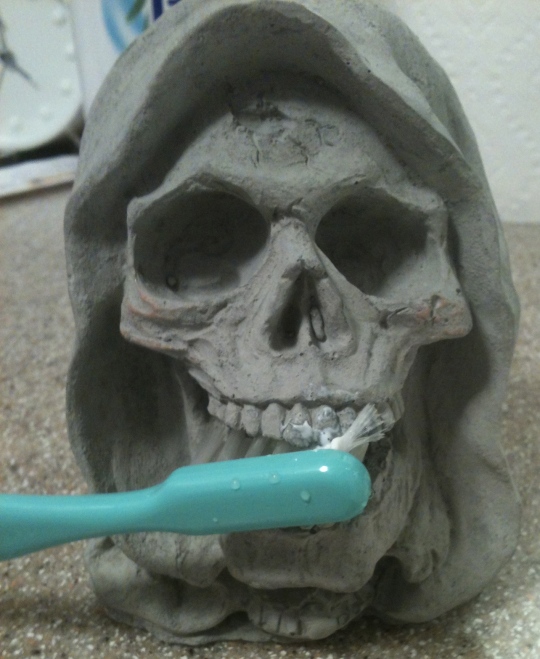 This is a rerun but I came across him and he wanted to be posted.  I pretty much do what the chicklets want me to do, so…here’s Jerry in his snowsuit and earmuffs.  It gets cold, where the chicklets live, so they have to dress warm.

I was locked out of my blog.   That’s the second time it’s happened.  It had to be WP because everything else worked.  So weird.  Has that happened to any of you? 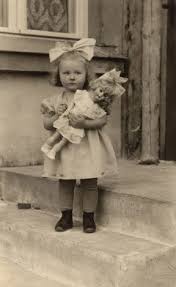 I’m sending a picture of the gift you left for me last year.  She’s a very nice doll.  Her name is Mary and people think she looks like me, which is a little scary because they are right.  My mother said I should never look a horse in the gift, or look a gift horse, or something like that, but I would appreciate it if you would bring me a new doll, one that bends.  Mary is as stiff as a board.  My mother would like a tea kettle, my grandmother would like more sleep.  My father would like socks and my cat would like a mouse.  I would also like to know why I have to wear such a big bow on my head.  All the girls wear them but they look…silly, don’t you agree?  None of the boys have to wear things on their heads.  I know that doesn’t have anything to with holiday gifts, I was just wondering if you could explain it to me.  No one I know seems to know the answer.  My mother is making cookies for you and there will be food for the reindeer.  I hope you have a nice flight.  Thank you, Martha.

P.S. I’m drawing a picture for you.  I can’t give it to you in person because I have to go to bed at eight.   So, I will leave it by the cookies.