So, let me get this straight. There is no cure for a virus that can be KILLED by sanitizer and hand soap. I see a big baby boom coming in 9 months. They will be called the C-19 Babies and the #1 baby names will be Charmin and Scott. Is it too early to put […]

The Bloodiest Sunday Bloody Sunday was a cruel incident that occurred on March 7, 1965 in Selma, Alabama. Six hundred orderly protesters were ready to march to Selma on a Sunday to support the Voting Rights Movement. They were led by John Lewis, SNCC, and SCLC activists. All six hundred of them crossed the Edmund […] 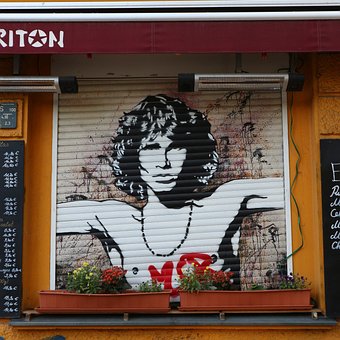 The most loving parents and relatives
commit murder with smiles on their faces.
They force us to destroy the person we really are:
a subtle kind of murder.

I was watching a movie and people were waking down the street in New York.  I though…wow, how incredible.  We’re each of us completely alone…together.  A unit, a single individual, and yet, we get up everyday and go out into a crowded world and do things.  I think we overlook how amazing that really is.  We live and move among strangers…every single day.

I don’t know why I never thought of it before, but millions of people pass each other, going in different directions, or following the same path, to somewhere else.  So many people, yet we automatically avoid hitting each other, making eye contact, thinking about what’s going on, and instead, we just do our own thing, surrounded by others.

The above picture is Chicago.  Skyscrapers, so tall that the sun never reaches some of the streets.  The wind whips through the canyons made by buildings and people get off els, buses, get out of cabs and off trains and boats.  We’re always moving, always together and we take all of that for granted, never thinking of what an enormous and courageous feat of engineering and dance, that truly is.  It has a rhythm and flow, unique unto itself…and we don’t even recognize it.

We can get used to almost anything.  We rarely think about what we’re doing, but imagine a person coming to New York, or Chicago, for the first time.  Coming from a tiny town or a forest, and being dropped off among us.  Imagine how overwhelming it would be.  How strange, exciting or even terrifying.

Those things cannot be explained ahead of time.  They are feelings that one gets, based on individual personalities and experience.  It’s all about what a person is used to.  It’s just that the things we all do…getting on planes, climbing mountains, deep sea diving, or just living among millions of others…well, it’s all rather amazing, when one stops and thinks about it.

“I sure hope so, because otherwise the guy should be groaning and wondering why there’s a knife was sticking out of his chest,” laughed the man.  “Thanks for stopping by work with me.  I can’t believe my boss called me tonight, but  when duty calls, the coroner has to show up.  It must be a high profile case.  Still, we just met so, I apologize.”

“I think I saw him move,” she said, backing up.

“Did you take his pulse?”

“Then why is he sitting up looking at you,” she said, pointing behind him.

“Funny,” he grinned, turning, to see the man pulling the knife out of his heart, dropping it to the floor.

“RUN,” he yelled, shoving her toward the door.

She sidestepped him and pushed him into the hall.  She smiled, pulled a stake out of her bag, flipped through the air, landed on the vampire, pressed him to the floor, and jammed the wood through his heart.  She waited a minute, then said, “Okay, you can come back now.   He’s dead.”  Then she picked the saw off the instrument tray and started removing the head.  “Never hurts to be sure,” she whispered.

The coroner, followed by three huge male techs, rushed into the room, just as she finished her surgery.  They stopped and stared at her.  “Vamp,” she said.  “No problem.  At least not any longer, but it wouldn’t hurt to burn this mess.”

“What do you mean?” she said frowning, holding out her badge.  “I’m a vampire hunter, of course.”

“What?” he asked, his eyes wide.  The men behind him snickered.

“You first vamp,” she said.  “Hey guys,” she called to the men in the doorway.  Can you burn this guy NOW?”

They moved forward and put the head on his legs and wheeled the gurney out of the room.

“Do you want to skip dinner?” she asked.  “I mean, as you said, we just met and things like this can be difficult at best.”

“You can say that as often as you like, but it won’t make them disappear.  And they aren’t the only ones here.”

“Another time, maybe.  You need to digest this one first.”

“Hate those guys,” she said rubbing her arms.  “But it’s not their fault.  Someone raises them, it’s not like they can think for themselves.”

“How did I not know about this?  I work around dead people everyday.”

“Hard to believe you haven’t run across them before,” she said.

“I don’t feel so good,” he groaned, feeling his forehead.

“Sit down and put your head between your legs.”

“He sat on the nearest stool and bent forward.”

She leaned over him and rubbed his back.  “I’m really sorry about this,” she said, sincerely.

She staked him as quickly as she could. “I know you didn’t know what you were, but you’re the one I was sent here to take down. This probably isn’t the best first date you’ve ever had.”

He lay on his side, the tips of his sharp fangs, piercing his bottom lip.

She whistled and the three men came back in the room.  “Done,” she said.  “Burn him.  I’m letting him keep his head, so do it quickly.”

They nodded and took him away.

She picked up her bag and left the morgue.   Once in her car, she checked in, then leaned back in her seat.

“So?” asked the man sitting next to her.  “Any problems?”

“I hate taking the one’s who don’t know what they are.  They seem so…innocent.”

“That kind of thinking will get you killed,” he said.

“I know,” she sighed, starting the car, turning toward him.  “Hungry?” 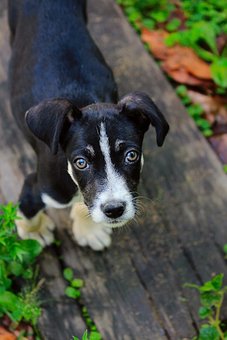 From: Bored Panda…this is so cool.

I always told my kids that whatever they were afraid of, it was the wrong thing to worry about.

Life has a way of blindsiding us.  All the lists of the ways we were going to end, asteroids, weather conditions, etc., never had virus as the number one thing to watch out for.   Oh, the scientists said it was coming, not if, but when, but we didn’t listen or prepare for it.

Most of us never heard of a wet market, let along ate a wild animal…and they are still open, because people never learn and because they’re poor and they’re hungry and no one cares about poor and hungry people, at least not in any government where they live.

Now, we’re finding out that our antibiotic development was lagging behind and many of the antibiotics we had been using, no longer work.  That has become another problem.  A BIG problem.

Years ago, my allergist told me that we had to keep developing new ones, because the old ones would no longer work.  Well, apparently they didn’t do that, so a lot of the secondary infections the Covid people are getting, can’t be helped because our antibiotics are not working and there are no new ones to take their place.

Maybe we have overstayed our welcome on earth.  Killer wasps and bees, climate change, places already under water, people drive off their land, looking for new places to live where they aren’t always welcome.

Air pollution warnings, telling people to stay indoors.  So many things are happening at once that it’s hard to believe any of it’s true outside of a movie theater.

And we did it to ourselves.  And we KEEP doing it to ourselves, even now, even when we can SEE what we’re doing, we don’t really change.  I think there’s a word that describes what that is:  insanity.  The US has turned a killer virus into a political issue.  That is insane.  We have a psychopath for a so called leader, who is taking advice from a witch doctor, and he has followers, that is also insane.  We refuse to do what is necessary to slow down the disease and save lives, that seems insane to me.  People refuse to wear masks, insane.  American troops are beating up Americans, how insane is THAT?  There is no national policy for anything, insane.

Well, all the elementary and Jr. High schools, in the district I’m in, are virtual for the year.  But in the next district I think they’re open.  No one knows what’s going on anywhere.  Money is running out for a lot of people who will not be able to pay their rent, or buy food.  Where will they go?  Insurance is also disappearing for far too many, since it was tied to their jobs.  What will happen to them?  What will happen to the people who have no jobs to go back to?

And all of these things rest in the hands of old, white, rich, selfish, racist, ugly power hungry men, who have none of those problems and are fighting among themselves for more power.  INSANITY