Archive for the ‘Conversation’ Category 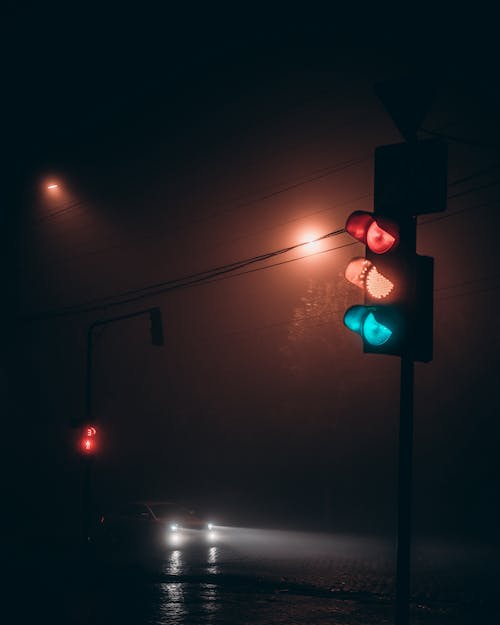 “Okay.  It’s Christmas time, and this is the way it’s going to be,” she said, sitting on the floor, leaning against the big, over stuffed chair.  “The tree is up.”

Trixi, the dog and Mittens, the cat, stared at her.

“No one climbs the tree.  That means you, Mittens.  No. Climbing.  The.  Tree.  Do you understand?  We do NOT want a repeat of last year.  No knocking down the tree, No braking the ornaments, no eating tinsel.  No anything.  As for you Trixi, Please, do not sleep on the gifts, or chew on the lower branches.  It’s a plastic tree.  You WILL get sick and throw up…again.  Do not tear the paper off the boxes, and I’m talking to you Mittens.”

Mittens was focused on the new ornament near the top of the tree and the dog smelled food in one of the boxes.

“Are you two even listening to me?”

“I hate to interrupt,” he said, “but no, they are not listening to you.  We should put the tree in the bedroom and keep the door shut.”

“What kind of Christmas would that be?” she said, covering her face with her hands.  “There has to be a way to do this.”

“To answer your question…it would be a Christmas with a tree that made it through the holiday,” he said, but he could see this was a losing battle.

“Mittens is asleep,” he said, looking at the cat who had curled into a ball and was now pretty much unconscious.  Trixi, was also nodding off and struggling to keep her eyes open.

“If we put the tree in the bedroom,” she said softly, we’ll have to eat sitting on the bed, or else it won’t be Christmas.”

“While I disagree with that statement, in the strongest way possible, I realize that you believe it to be true,” he sighed.  “I don’t really like the idea of eating all of our meals while sitting on the bed.”

“Then talk to them,” she said, once again.

Trixi was now laying on her back.  “You know I love you,” he said.

“Then why don’t we just put cat toys on the tree and the dogs bed underneath and let them do whatever they want.”

“What about the lights?”

“I’ll reposition them on the edges and take them down when we’re not home and put them back up when we are.”

The cat, her eyes still closed, snickered quietly.  “I knew I’d get them to give me the tree,” she purred.  “Silly humans.  They never had a chance.”

The dog wasn’t really thinking about anything.  Okay, maybe the sock she took from under the basket in the laundry room that morning, but that’s it.

In the end, the glass ornaments were removed from the tree and wrapped in tissue paper.  Catnip mice, and fuzzy things, were hung in their place.  A few large doggie bones were placed on the bottom branches and the dog bed was slipped underneath the tree.

“We do have to consider our roommates,” he said, putting his arm around her, as they admired the newly decorated tree.

“You’re wrong,” she snickered.  “We just have to do whatever the cat want’s us to do.”

“Either way, I don’t have to eat my meals on the bed.”

She started laughing.  The cat got up, stretched, climbed the tree and started throwing mice to the floor.  The dog grabbed a bone and took it to his bed.  Basically, everyone was happy, because almost everyone got what they wanted, well mostly the cat and dog, but we all know that’s just as it should be, right? 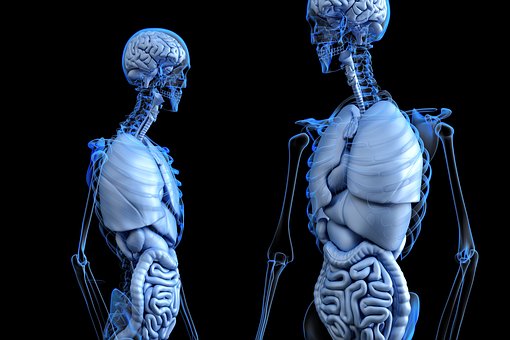 “I think we made a mistake,” she said, turning away.

“Why?  It’s not so bad,” he chuckled.  “You said we shouldn’t hide anything from each other, remember?”

“I do remember, but this isn’t what I meant.  I like us better with our skin on.”

“I feel naked,” she said, trying to cover her lungs with her boney hands.”

“It’s not like I haven’t seen you naked before.”

“I know.  I feel the same way, it just keeps twitching.”

“It’s strange that that tiny thing stuck in our chests, keeps us alive.”

“I’m putting my body suit back on,” she said. “This is starting to freak me out.”

“Let’s dance,” he said, holding out his arms.

“Yuk, and press my guts to yours?  Not in a million years,” she said, closing her eyes, trying not to gag.

“I think your liver, likes my liver,” he chuckled.

“It was different,” he said, looking human again.

“Let’s never do that again,” she said, touching his face.  “Without your body suit, you could be anyone.”

“Why don’t people understand that?”

She hit the ground with a loud thump.  She lay there a moment and then lifted her head.  “Rats.”

“You don’t KNOW THAT,” she said, rolling over.

“Yes.  Yes, I DO know that,” he hissed, pushing at her with the toe of his shoe.

“You said I could do anything.”

“Anything that we are actually CAPABLE OF DOING.”

“You did not clarify that part.”

“I thought you would have figured it out for yourself.  I mean, you don’t see ANYONE ELSE FLYING, do you?”

“Lies.  People say a lot of things that ARE NOT TRUE to each other and especially to kids.”

“You didn’t tell me that part either,” she groaned.

“Again, I thought you would have FIGURED THAT OUT FOR YOURSELF.”

“WHY ARE YOU YELLING AT ME?”

“Because you’re going to kill yourself one of these days.  You CANNOT fly.  You NEVER will be able to fly, so stop JUMPING off of things, and out of windows.”

“You’re no fun,” she said, frowning at him.  And if EVERYTHING ISN’T POSSIBLE, PEOPLE NEED TO STOP LYING.”

“Soup?” he asked, astounded.  “Why would I have soup?  WHERE would I possibly have soup on MY PERSON, and what good would soup be when you have broken bones?”

“My mother always made soup when I was sick or hurt, so I just thought…”

“You just thought soup would make you better?  Is that what you thought?  Really?”

“You are, without a doubt, the crabbiest and most negative person I HAVE EVER MET IN MY ENTIRE LIFE.”

“YES YOU ARE! AND I’M TIRED OF YOU YELLING ALL THE TIME.”

“Is that another lie?”

“What happened to you?”

“Is it that bad?” she whispered, her eyes wide.

“The parts that let you know that you can’t fly.”