Archive for the ‘Father’s Day’ Category

Happy Father’s Day to all the good dads… 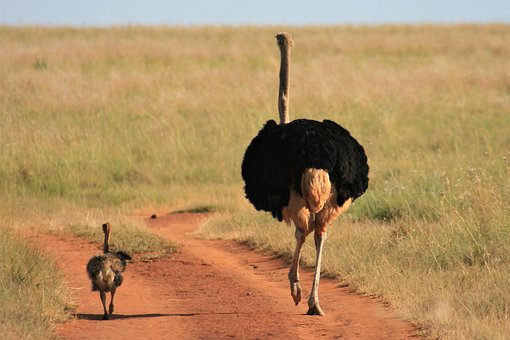 Father’s Day is a tough one.  I know so many people who were hurt, damaged, or destroyed by their father’s that it’s hard to think about all the good dad’s out there.  Children hiding, under tables, while their mother’s were beaten.  As a child, one woman saw her father stab her mother to death in the kitchen.  Kids beaten, raped, tortured by their fathers.  I can’t forget the stories I’ve heard, over the years.  Can’t forget the terror in adult eyes as they tell me what happened to them, what they saw and heard.  So, I have a problem with this day, wishing men a happy anything.  I want to divide the father’s into GOOD dad’s and BAD dad’s and not wish the violent, hateful one’s a happy anything…EVER!

I know great fathers.  My husband was a GREAT father.  People called him the Great Earth Father, because of his generosity, love and caring ways.  Men who love their kids and do everything for them are to be celebrated on this day.

You can’t tell a good one from a bad one, however.  That’s the problem.  People don’t tell.  Their lives are filled with fear and lies.  Babies end up in the hospital, brutally beaten, or torn apart, by fathers.  I don’t know how to not think about all the things I’ve heard, on this day of male celebration.

The horrors of war destroy our soldiers (PTS), but no one thinks about the horror of war in homes.  Horrors that children are forced to endure.  No wonder so many people are the walking wounded.  Kids running away to escape brutality at the hands of those who we pretend are supposed to protect them from harm.  Women who take their kids and run, to save their lives, hidden in safe houses with no addresses, to save themselves from father’s who would kill all of them.

So, yes.  I have a problem with this day.

My father pretty much ignored me and for that I will be forever grateful.  He was just there.  We rarely spoke.  He never hit me, or did anything to me.  I feel fortunate about that and I shouldn’t…because father’s aren’t SUPPOSED to hurt their children, but that’s pretend, isn’t it…because a lot of them do.

When women tell me about the horrible things that were done to them, I get my black, and powerful, wings out and a huge flaming sword shows up in my hand and I tell them of all the terrible things I would do to their fathers, if I could.  It makes them feel better and sometimes they laugh.  Payback should be a bitch.  But the scars never go away.  Neither does the fear, or feelings of betrayal and confusion.

We don’t have cards for the bad dad’s.  Cards that say, Unhappy Father’s Day, May you burn in Hell for all eternity, for what you did.  Yeah, we just keep telling lies and letting the bad guys get away with what they are doing.  They always get away with what they are doing, don’t they.  We let them…don’t we.  We need a new line of cards for the evil dads.  Definitely.  We need a way to put their pictures on fence posts and tell what they are doing, the men in suits, the judges, cops, teachers, all of them…because the bad dads can be anyone and they are everywhere.

I have to write things like this for my friends.  For the women I’ve met during my lifetime who have shared their horror stories with me.  For all the kids who are unable to speak of the horrors they have experienced at the hands of their fathers.  These kids were POWs.  Unable to care for themselves, protect their mothers, unable to stop the violence and horror.  They couldn’t stop their bodies from being used and abused by men who outweighed them by hundreds of pounds.  Fathers day.  Yeah.  A hard day for a lot of people.

Thank you dad…for pretending that I didn’t exist.  It worked out perfectly for both of us.  I’m truly grateful for all the things you didn’t know you taught me.  Happy Father’s Day, wherever you ended up.

Okay so, romance novels and Mother’s Day (gotta love the horse in the background)

Apparently, peasant blouses used to be big for men and for women.  I think men need to read romance novels more than women do.  The reason so many women read them in the first place is because there’s NO ROMANCE in their lives.  At least that’s my best guess.  Therefore, men, at least smart men, will read as many as they can, probably closer to this century, and then the women in their lives won’t have to spend time reading all the time.  But I bet the books on men’s e mails for Father’s Day,  won’t have a single one.