Archive for the ‘Miss Marple’ Category

Every now and then I write about Miss Marple (usually after I watch one of her movies on DVD, which I just did).

Miss Marple lives in a very small English village, called St. Mary Mead.   There’s a pub, a couple of shops, a church, and that’s about it.  The few people who live there, know everything about each other, at least they think they do.

I assume the population has a difficult time increasing, because of all the murders, but visitors also die while passing through, so that allows more residents to stay alive longer, at least for a little while.  Without a doubt, St. Mary Mead is a dangerous place to live.  It’s a sleepy village where people are murdered on a regular basis.

Joan Hickson, is an absolute delight.  As Miss Marple, she puts the men who dismiss her, in their place with a few well chosen words and a ‘look,’ that lets them know exactly what she thinks of their small, prejudice, sexist, little minds. Then she goes on to catch the killers.  She ignores those who doubt her, works with those who know and respect her talents, and goes about her business, bringing criminals to justice.  Her reputation in police circles is well known, if not always welcome.

Miss Marple never puts on airs, wearing thick, woolen stockings, jaunty hats, a brooch, sensible shoes, and a light coat, or sweater.  She hems and haws, puts two and two together, then traps the murderers, often leaving frustrated policemen, in her dust.

Miss Marple is clever and understated.  When it comes to human nature, she’s a master, after studying the people in her village for years.  She quietly moves through life, watching people, and solving the never ending number of murders that take place around her, her soft, high pitched, thin, reedy voice, throwing out facts, answers, and the names of the bad guys (male and female) to those in charge.

Handbag in hand, sometimes mumbling to herself, she treks across lawns, through the woods, and into the finest estates, hot on the trail of the bad guys, only stopping every now and then, for a nice cup of tea.

She’s one of a kind and she’s well loved.

Ms. Hickson was 72, when she accepted the role of Miss Marple, making her the oldest actor to take on a leading.  She stopped playing Miss Marple, against the wishes of others, because she wanted to end it, while the show was at its peak.   But she said that she was not retiring, or giving up acting.  Her career was long and wonderful.  She is still missed by her many, many fans.  Ms. Hickson died at the age of 92, in 1998.

This looks like a place Miss Marple would live…Mary Mead 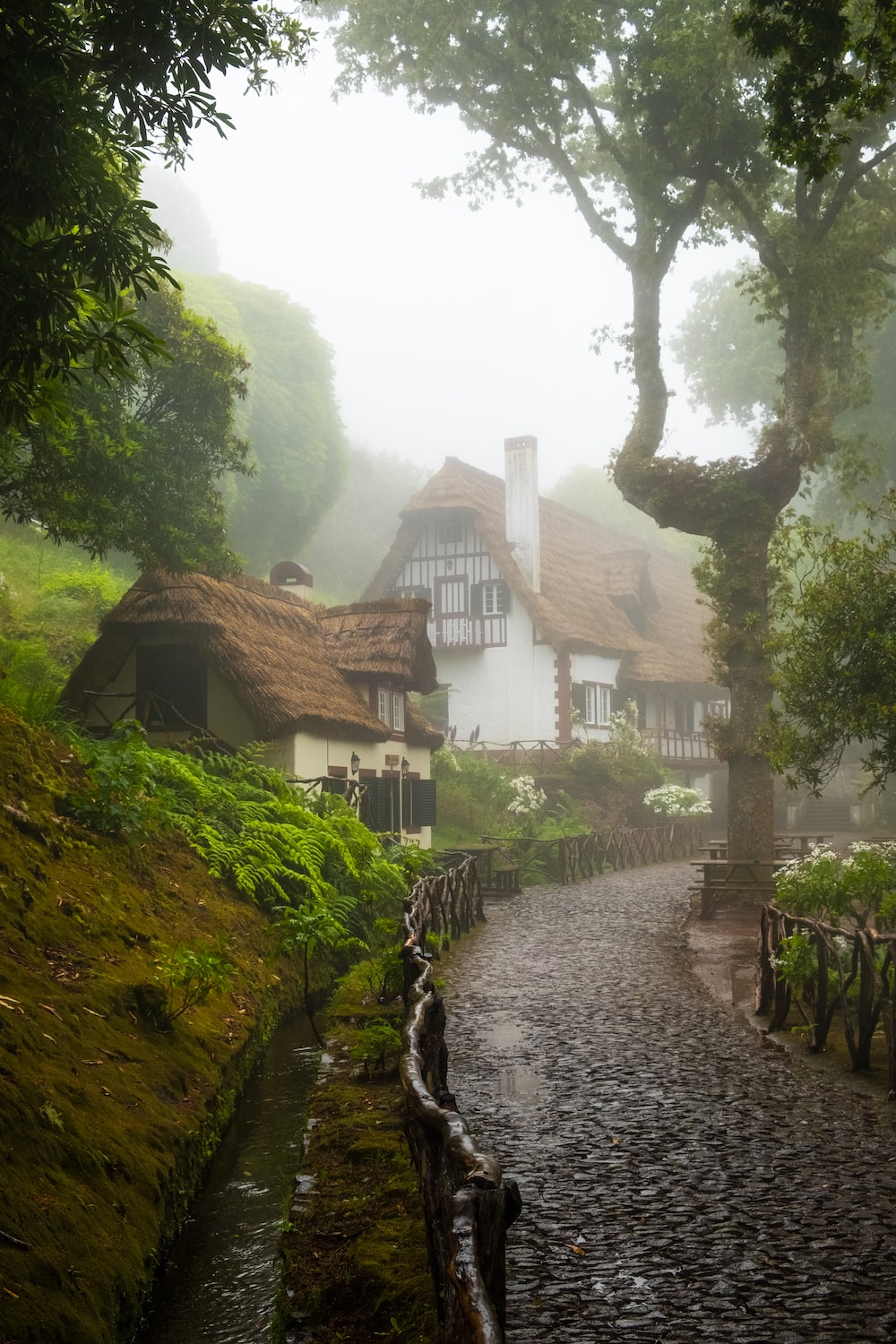 I often wonder what life would be like if Miss Marple lived in Chicago instead of across the pond, in a tiny village in England.  A village where everyone knows everything about everyone else.  Where people spy on each other and are always surprised when they find a dead body in the library.

Realistically, she wouldn’t be happy here.  The first time a suspect said,  “Out of my face you Old Bitch,” and shoved a gun in her face, her hat would fall off, or she would give him a lecture on proper manners.  They seem to do that kind of thing where she comes from, manners and lecturing, I mean. Catching the killer in her village, goes something like this:

Funny how different conditioning turned out a whole country full of polite people.  Murders are rare in the villages, although there does seem to be at least one every week.  There are more flowers and fields where she lives, than dead bodies, however.

Another thing…Miss Marple gets around.  She just walks into places with her suitcase and cardigan and people let her stay.  She always knows a maid, or has a friend, or a niece who conveniently happens to be staying  where the latest murder just took place.  The villages have lovely little tea shops, one doctor, one minister…pretty much one of everything.  I suppose that’s to be expected when there are only one hundred people living there.  It’s surreal, in a way.  Like looking through a window at Macy’s during christmas…watching  little dolls move from one place to another.  But then, I’ve never seen a village, or been to England.

I’m sure things aren’t the same, now that the war has been over for so long.  I did find out that Miss Marple’s love, who was killed in the war, was a married man. I was surprised but then you just never know about people.

It’s a good thing she shows up when she does because the policemen in the villages can barely tie their shoes, let alone find clues and put them together.  The police pretend that Miss Marple’s in the way but they go to her for information and, in the end, to tell them who the killer is.  Miss Marple wouldn’t do as well in this day and age, so it’s best to think of her as she was…a truly brilliant woman, who paid attention and knew how to catch killers, in tiny villages with a limited cast of characters.  Without her charm, wit and exacting mind, the killers all would have gotten away with murder.