It’s getting close to that special time of year…spring plating.

The chicklets hung this picture in the kitchen to remind them not to eat all the chocolate bunnies they make for the party this year. I don’t think it’s going to work but it can’t hurt to try. 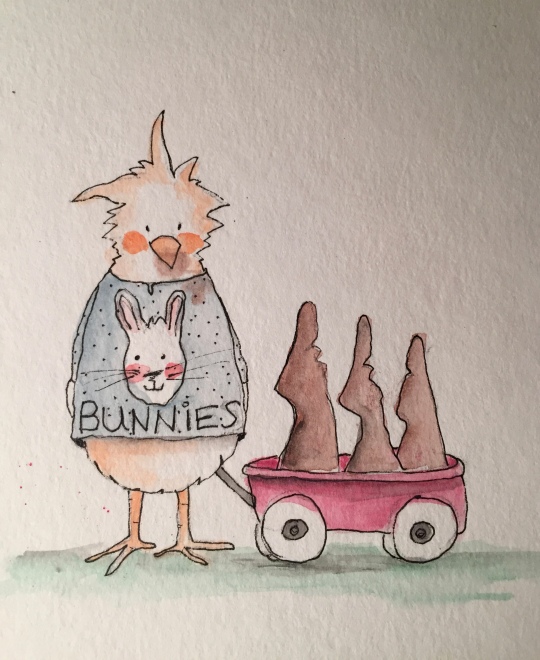 It’s only freezing in the morning…things are getting better in the afternoon…soon winter clothes will be packed away and the chicklets won’t have to wear them any longer. 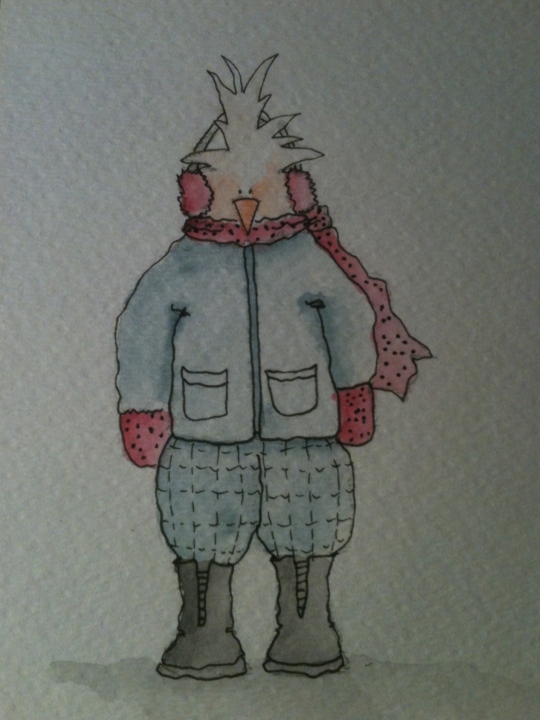 Some of the chicklets are still living in winter clothing, while others are thinking of planting flowers…

THE FIRST ACT OF THE DAY: Day Care chicklet, Ivy, baby chicklets and Lu Lu, a Warming Bunny…oh, and an egg. 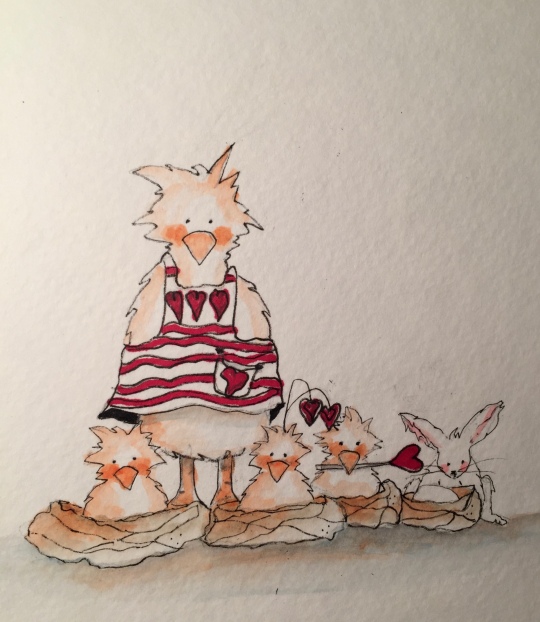 The baby chicklets opened the After Breakfast Early Show.  They were on stage, in their traveling nests, and peeped and chirped, while Ivy watched over them.  The egg is the youngest chicklet ever to perform on stage.  Granted, it just laid there, but still, it was in the program.

Having the egg on stage was a bold move, on the part of the chicklets.  They had to get the hens’ permission, which was given after they promised that a Warming Bunny would be by the egg’s side the entire time and that the egg would be returned to the nursery immediately after their act was over.

Lu Lu, one of the Hospital Committee’s Warming Bunny agreed to watch over the egg and stay with it, until it was safely returned to it’s proper nest.  She was perfect for the job since she knows first aid and is very dedicated and focused.

Having the babies on stage is the way the they get used to performing and being part of the happy group right from the start.  Because of that, they grow up knowing they are important and have a place among the others.  They get to look out at the audience without fear, knowing that all they’ll see is love.

Their appearance was well very well received and everyone went back to the nursery in a cheerful mood.  Word is…the egg was happy too.

Toby is in charge of of the Stage Crew…

Everything is coming along nicely.  Final touches are being done by the Stage Crew, and guest are starting to arrive.  There’s a flurry of busyness in the kitchens, as the hens and chicklets prepare food for the party.  The level of excitement is high. 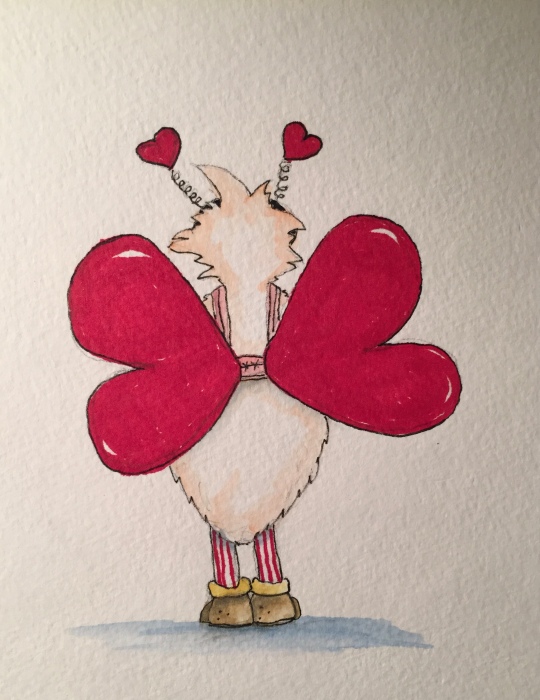 Fae is going to be the emcee for the show.  This morning, she was standing on stage, in front of the empty barn, practicing her opening lines.  Two of the Stage Craft chicklets said she was wonderful.

Because of the weather forecast, some of the guests will be arriving early, so the Housekeeping Committee is exceptionally busy.  All in all, they are on top of things and there are hearts popping up everywhere.

Mimi is head of the menu committee for the Valentine’s Day Party.  She had the same job last year, so she knows exactly what to do.  Since last year’s menu selection was  fabulous, everyone is wondering what she will select this time around. 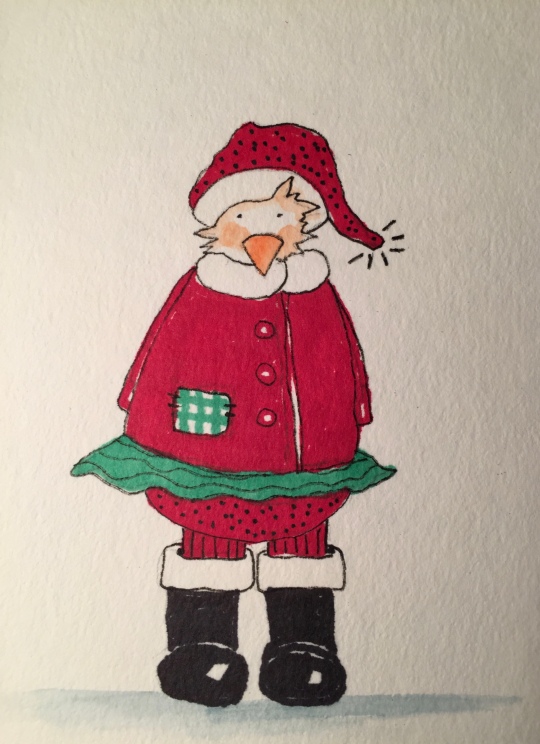 Blue Bell won the Santa contest.  She has her Santa suit, but refuses to wear the beard because it makes her sneeze and she looks silly.  Everyone agreed that the beard didn’t matter in the least and the chicklets and guests lined up to tell her what they wanted  for Chickmas.