Archive for the ‘Medusa’ Category

This is hanging on my wall.  Medusa was actually a beautiful woman who really liked snakes.  She studied them and just wanted to be left alone.  Men were furious that she hid herself away, so they couldn’t have, or control, her.

Because of her independent nature and scientific mind, the men of her time slandered her and made her into someone to be feared, a man hater.  This practice continues today, of course.  Women who refuse to fit into assigned patriarchal roles are still slandered and hated by society.  Still labeled and hunted, in the name of the fathers.

Medusa was a brave woman and a role model for women today.  It’s too bad nothing has changed since her time.  Men still want the heads of women who won’t obey. 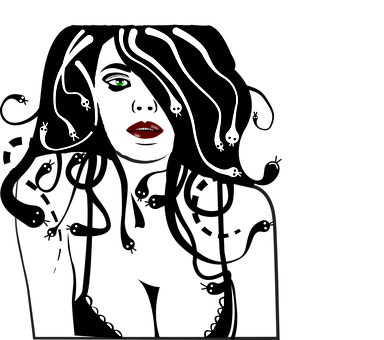