A witch ought never to be frightened in the darkest forest …
because she should be sure in her soul
that the most terrifying thing in the forest was her. 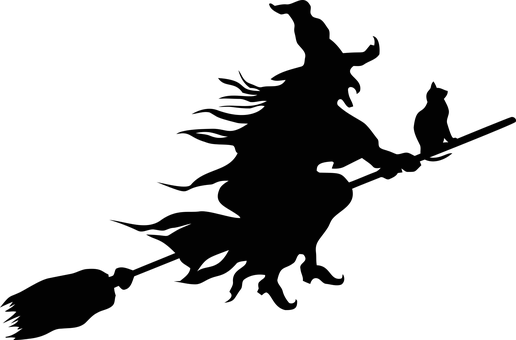 These kinds of pictures were made to show intelligent, powerful women as ugly and frightening.  The reverse is true but labels and fear are always used by those in power to destroy and prevent others from living their lives freely and openly.  That’s what the status quo is all about.  In the beginning, men killed women and took their property.  Men always kill women just because they can.  It was an easy way of eliminating women they felt were threatening. It’s happening today.  It never ends.  If men want to burn us at the stake again, they will write a law that states that they can. When you’re in charge of the laws, you can do ANYTHING you like, that’s why women aren’t part of the process.   Witches live next door to you, they work at your bank, they teach your kids.  They are everywhere and they are beautiful.  That’s why they are portrayed as ugly.

Princesses are weak, not very bright, helpless and  beautiful.  They are promoted by society.  They set the standard of what a female should be.  They obey and marry people they never met.  They have no friends and are waiting to be rescued.

These are training stories for children.  It’s done on purpose.  Imagine Beauty and the Beast in gender reversal.  Right…no way at all.  All done on purpose.  Normally, the prince has both parents and is wealthy.  Princesses are unconscious, singing to birds, in comas, living with dwarfs, kept in towers and none of them have mothers, just hateful, neglectful, invisible fathers.  Stepmothers are shown to be evil because women are evil in the society in which we live.  Only those who follow the rules and OBEY men are considered good.  Think of one male in a fairy tale who is locked up, punished, forced to marry a stranger, poor, cleaning out fireplaces, friendless, running through the woods with someone chasing him to take his heart because he’s handsome.  Think about it.  It’s a set up.  Male=power, freedom.  Female=misery, isolation, fear, helplessness, powerlessness, motherless, mistreatment, cruel fathers, no choices, saved by men who kiss them awake. Men want to create life, but only women can do that, so they make princesses half dead, waiting to be given life by some strange guy passing by.

These stories are cultural lessons that show children EXACTLY how society works.  They are actually cautionary tales that should be used to show children the evils of the society that is waiting for them. 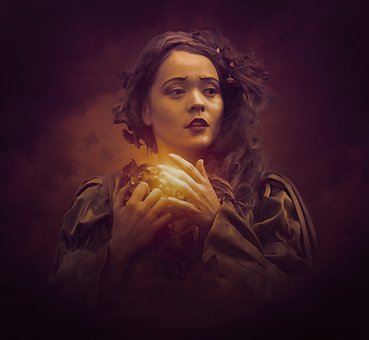 We will never forget… 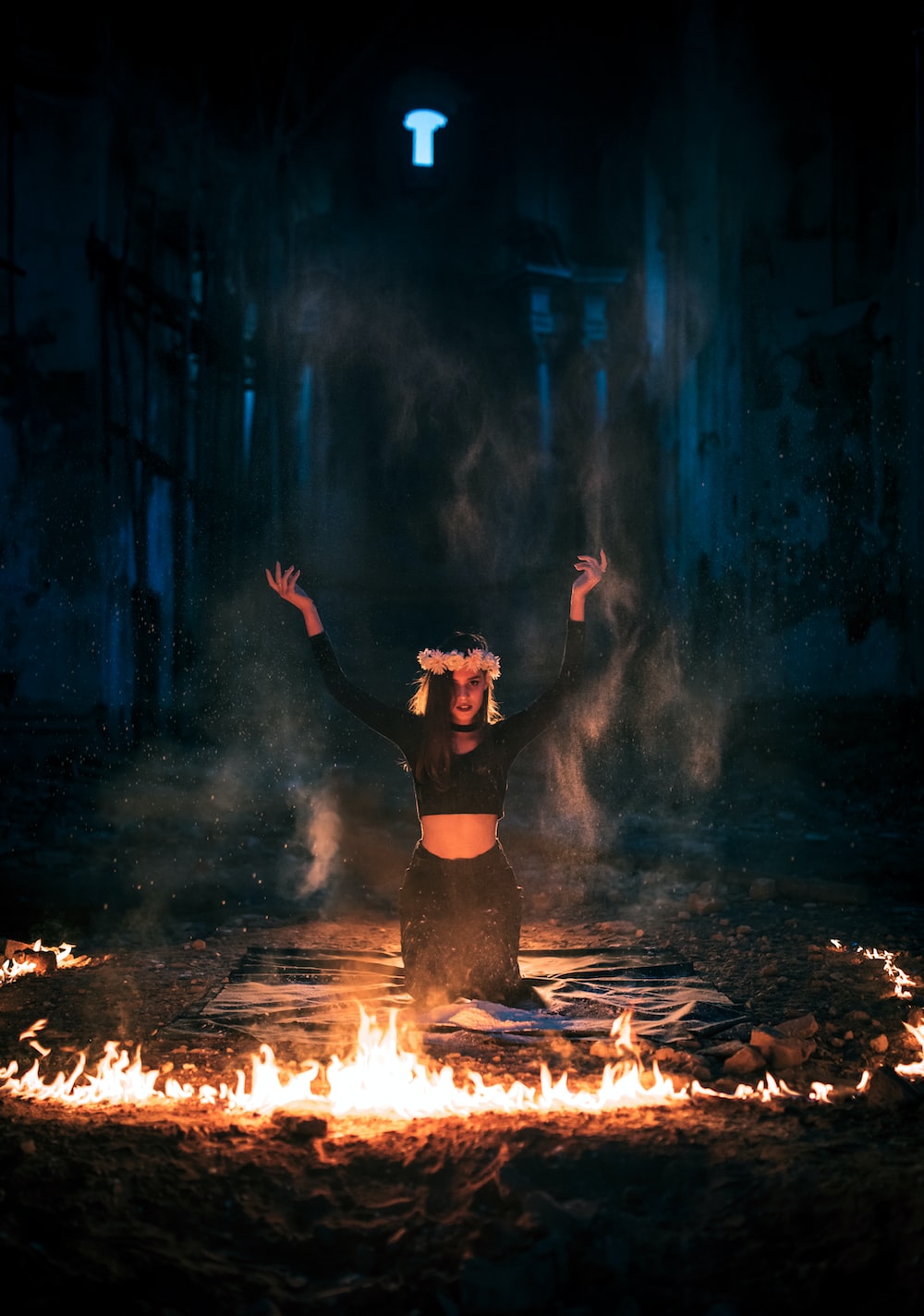 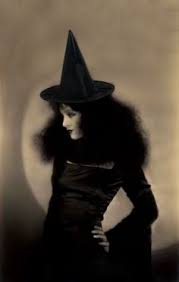 “What do you mean, I’m not what you expected?” she asked.

“I thought you’d be…green and…ugly,” he stammered.  “You know, warts, broken nose, and things like that.”

“Sorry to disappoint you,” she said, glaring at him.

“You should go now.”

“Sadly, you are not.” she sighed.  “And if you don’t leave this minute, you’ll be hopping out of here.”

He laughed and shook his head.  “Are you saying that you’ll turn me into a…ribbit.”

“Yes,” she said, looking at the toad sitting on the floor.

She poked him with the toe of her boot, then scooped him up and carried him to the pond out back, where he could croak and splash around with all the others who didn’t run when they should have. 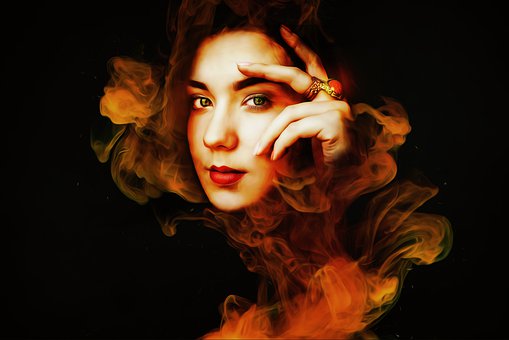 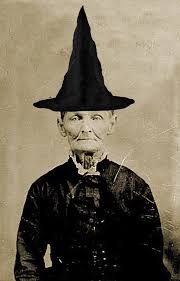 Elizabeth Miller was an important American witch, during the early 1800s.  Intelligent and strong, she served those who came to her for help, healing them, as well as their animals.  When times were hard, she was often given food, as payment.  She never turned anyone away.

Her mother started teaching her, when she was just a child.  She was quick to learn and it wasn’t long before she was mixing her own potions and coming up with new and improved spells.  She and her mother worked together, until her mother’s death.  She then stayed in the cottage and continued their work, alone.

But Elizabeth Miller wasn’t like the other witches in her family line.  She refused to have a daughter.  Her mother pleaded with her, until it was too late for her to consider such a thing.  Apparently, Elizabeth Miller walked her own path.

She was known to have had two familiars.  A gray and white cat named Bess and a huge pitch black, raven, named Annie.  They rarely left her side.

Miss Miller had a natural talent and cured many things that are considered incurable today.  But she felt the duality of those in her care.  She was well respected by many, but resented and treated with suspicion by many others.  She knew that if anyone came for her, no one would come to her aid.

So Elizabeth Miller, decided to change her direction.  She must have taken what she needed from her garden and wrapped everything carefully.  She had to have packed up her belongings, including her pharmacy, Grimoire and Athame, then snapped her bag shut and walked away, with her two companions.

No one really knows what happened to her after she left the cottage.  Not trace of her has ever been found, other than some unaddressed letters, found in a small house near the mountains, in California.  The letters were inquiries about certain herbs.  The signature read, Elizabeth Miller, Witch. 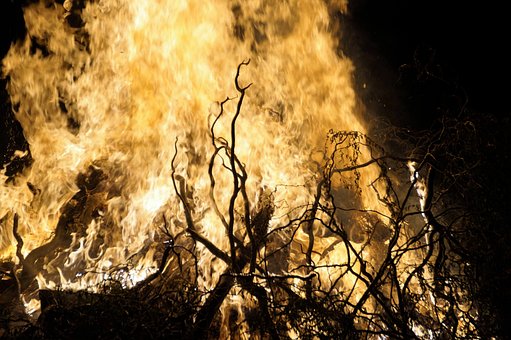 harm
one
and
you
harm
us
all

know
that
we
are
everywhere 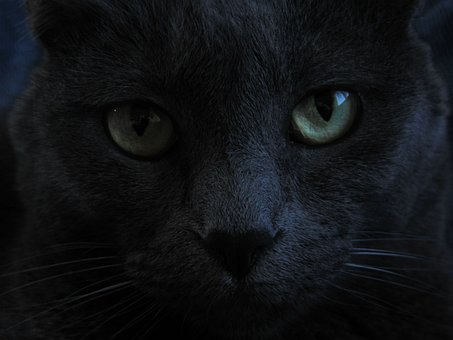 My name is Dark Matter.  My witch and I weave the world into being.  Without us, nothing would exist.  A witch and her familiar are bound together by their magick, by their hearts.  We just wanted you to know.