Time, Life and a poem… 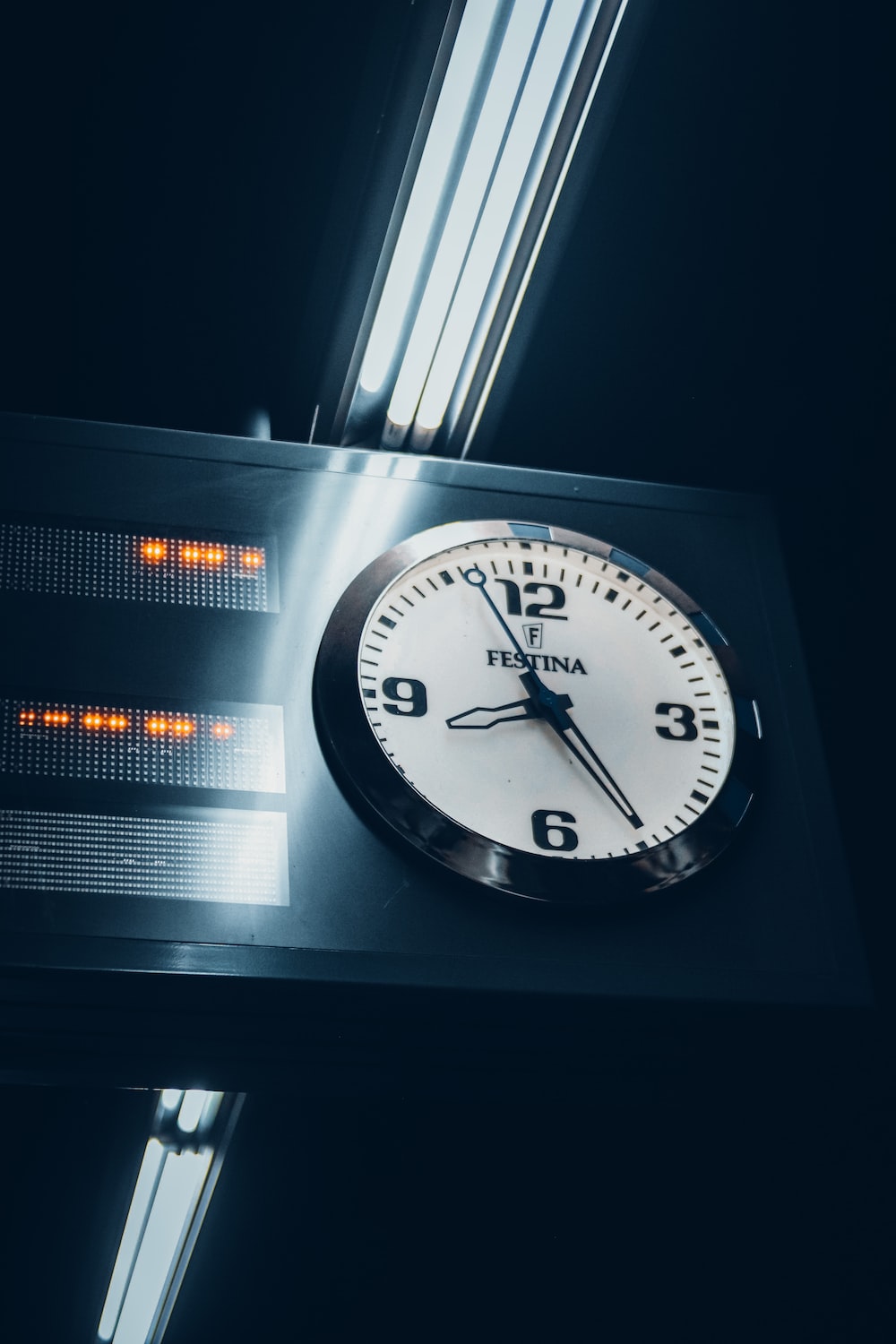 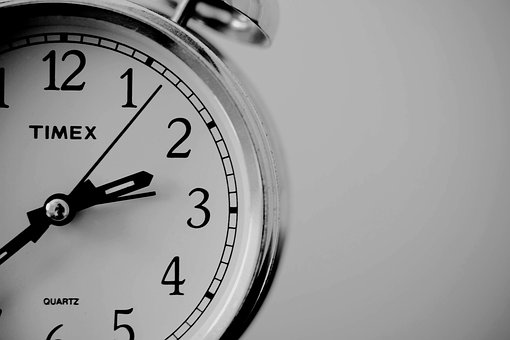 My friend had a Rolex with diamonds around it.   It was in the shop so much she bought a Timex and wore that because it worked all the time and never broke.

NOW is all that exists. And as we move forward, each moment lived becomes the past and a new NOW pops up to take it’s place, and that moment disappears instantly, in order to make room for the next NOW. 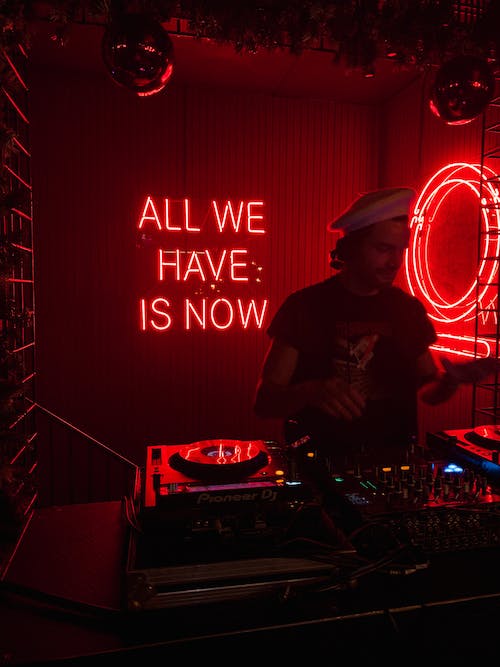 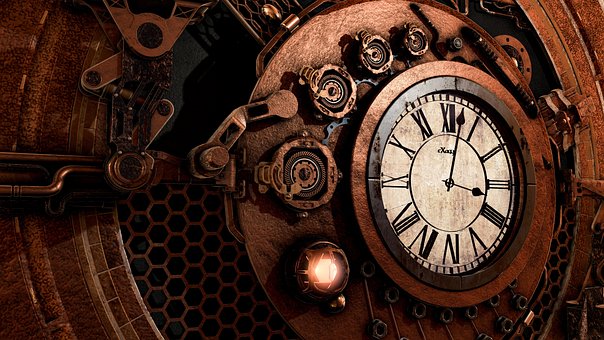 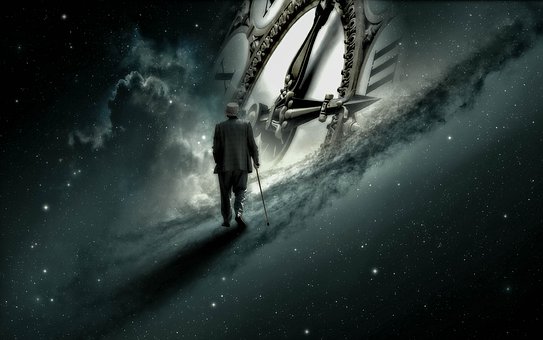 in the end
TIME
takes all of us 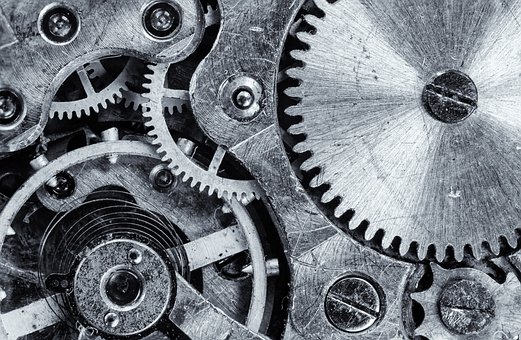 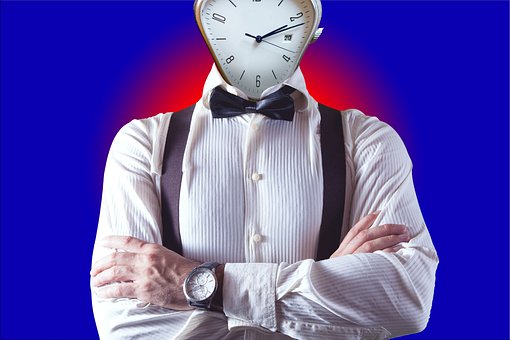 There is no way to think about life, without time.  It’s strange, when you think about it, because time is actually something we made up.  If we never started measuring it, making watches and clocks, how would we function?  We rush around trying to be on time for this or that, because whatever we do we’re either early, on time, or late.

We measure minutes, seconds and milliseconds.   We time races, games, work, what time we eat.  We get up and go to bed, according to the clock.  We waste time and use it constructively.  We run out of it and have time on our hands.

I wonder how life would have evolved if we never measured time.  Maybe we would still be living in caves, rising with the sun and sleeping when it went down.  No work, no place to be.  Sounds pretty boring, but then I can’t even think about living…without thinking about time.  We always know the clock is ticking.

A story about time… 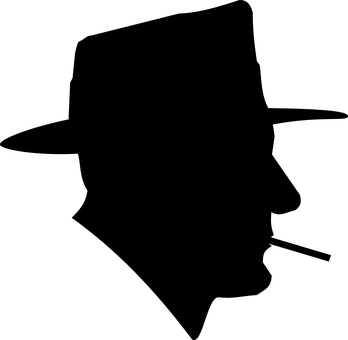 He walked into the empty shop and sat on a stool in front of the counter.  His black fedora was pulled down low, so you had to work, to see his eyes.  An unfiltered cigarette hung from his lips.  His topcoat looked soft, and expensive.  His shoes were polished and worn, just enough to look comfortable.  A beautiful vintage watch peeked out from under his cuff and she caught a glimpse of a gun in a shoulder holster under his suit coat.

“Uh,”  said the seventeen year old girl, looking him up and down. “You’re not supposed to smoke in here and guns aren’t allowed either.  There are stickers on the door saying that.”

“Pie?  would you like some pie,” she asked.  “It’s really good, especially the cherry.  The ice cream is good too.  I can heat the pie up, if you like.”

“Just coffee and tell Nicky someone’s here to see him.”

“Sorry, but I don’t know anyone named Nicky.”

The man stood up and looked around.

“Jason is the manager, but he’s not here,” she said.

“What’s the name of this joint?”

“Is that Jenny?” he asked, staring at the pictures scattered all over the walls.

“Yes.  She’s a nice German Shepherd.  She comes to visit on Wednesday, so the customers can say hello.”

“Any high stake games going on in the back?”

“I think there’s one in the trash.  A customer left it on his table, but it’s not wet or anything.”

“Vincent, but you can call me Vinnie.”

She put the paper on the counter in front of him.

“Is what a joke?” she asked, frowning.

“The date on this paper.”

She turned the paper around and looked at it.  “No,  it’s today’s paper.”

“I hate when this happens,” he said, tossing his cigarette into his coffee cup.”

“Yeah,” he said.  “Machine must need a good cleaning.”

“The Machine that dropped me into this time period, instead of into Chicago in nineteen-forty.”

“Are you trying to tell me that you’re a Time Traveler?”

“I’m not trying to tell you, I’m telling you outright,” he said, taking off his hat, his blonde hair falling over his forehead.  “How could people wear all these clothes?” he asked, removing his coat, suit and shoes.  He stood there in a t-shirt and torn jeans.  Sneakers were on his feet.  “How’s this?” he asked, turning around.

“What’s earth like in your time?” she asked, excitedly. “Do we finally have flying cars?”

“There is no earth.”

“What?” she said, her face suddenly white.

“You guys destroyed it,” he said.

“Seriously?” he said, running his fingers through his hair, messing it up so he looked like a surfer, who just left the beach.  He looked at his watch, which was now shiny silver with many dials.  “Hey, I gotta go.”

“Sure you don’t want some pie?  You can tell me about earth, while you eat.  It’s on the house.”

He looked at his watch again and sat down.  “Blueberry and vanilla bean ice cream, please.”

“You were a great looking gangster,” she said.

“Thanks, but we can be anything.  It’s all programmed.  No big deal.  And my name is Seven.

“Your name is a number?  Are you human?”

“Seven’s my lucky number and sort of,” he said, nodding.  “This pie is fantastic.”

“We’re a different species but we do have some human bits, here and there.”

“What happened to the humans?”

“Extinct,” he said casually.  “You did it to yourselves.  No big loss.  Not really.  You guys were a failed experiment.  Couldn’t stop killing everything.  We did what we could, but nothing could stop all the hatred and violence that was inside of you.  We study you and we come here to play, or change bits of history when we think it will help.”

“I’m not filled with hatred and violence, I’m a nice person.  I love my cat and I volunteer at the animal shelter.”

“Lots of people weren’t that bad, but they still let the ones who were, destroy the world.  So the nice people, like you, are just as responsible as the bad guys.”

“No, thanks.  I have to go,” he said, touching her face.  “Don’t worry Grace, it won’t happen in your lifetime but don’t have kids, not if you don’t want them to suffer.”

“Take care and thanks for the pie,” he said, smiling at her.  And then he was gone.

Grace folded the clothes he left behind, slid the gun into her purse, under the counter, and put his dishes in the sink.

As she turned, a man crashed through the front door screaming and demanding money.  He grabbed Grace by her checkered Jenny shirt, slapped her across the face hard enough to knock her to the floor.  When she got up, she aimed the gun at his chest and pulled the trigger three times.  The man fell to the floor, his eyes wide with surprise.

Seven, who was leaning against the building across the street took another drag on his cigarette.  “Way to go Gracie,” he muttered.  “He would have killed you, but you have a lot of important things to do, even if you don’t know it yet.” He flicked his smoke to the curb and tapped his watch.

I used masks to make it.

Squirrels and other stuff…

After four days of constant work…the squirrels are no longer living in my attic/walls. The crew toileded from morning until night and did a great job.  Having new insulation put in means I have to clean every square inch of my entire house.  I’ve been cleaning like crazy and hope to finish tomorrow or Monday.  They were very careful but dust is dust.

Deb is getting ready to move in a couple of days, so I spent Friday with her and will help her move in.

I hate insurance companies more than ever.  I’m leaving All State, that’s for sure and I’ve been talking to different agents and let me tell you…we are being scammed to the max.  Here’s what’s going on.  It seems that insurance companies don’t want to insure us for THINGS THAT CAN ACTUALLY HAPPEN TO OUR HOUSES.  They only want to insure us for things that probably won’t EVER occur and that way THEY CAN JUST TAKE OUR MONEY AND NEVER HAVE TO PAY ON A CLAIM.  I can’t believe the things people are telling me.

“Well, no one really insures for storm damage or weather or vermin,”  said the agent.

I said, “So basically you aren’t insuring us for the things that can happen to us.  You just want us to give you money, right?  Money for nothing in return.”

“Well, we just don’t insure for those things, not since Katrina and all the storms.  It was so expensive, so no one covers for weather damage, or, this or that, or whatever.”

“But ISN’T THAT WHAT INSURANCE IN FOR?  Isn’t it for things that can actually HAPPEN to us?”

One agent told me that insurance isn’t what it used to be and no one insures for the stuff that happens to us all the time.  It costs too much to cover things that ACTUALLY HAPPEN, so they only insure for things that might NEVER happen.  They can use a pint system so that your deductible is so high that they will never ever in a million years, have to pay any of us a single cent.  How is this not a con that should be putting people into jail?  This is the biggest SCAM EVER.  I don’t get it.  I’m finding out a lot about insurance and it’s all terrible for all US.  We pay them for pretty much nothing at all.  Oh, and if your roof is 15 years or older they won’t cover any damage for that either.  This is ALL companies, not just ALL STATE, which I detest with a passion.  I couldn’t find out what they do insure, just what they don’t, which is pretty much EVERYTHING.

The clocks spring ahead tonight, so it will stay light longer.  Why we can’t just leave everything alone and never change the clocks in the fall is anyone’s guess.  I always want it to be light longer, don’t you? But here we are, at the mercy of the time police, springing forward or falling back because time, is something we can play with, whenver we like.