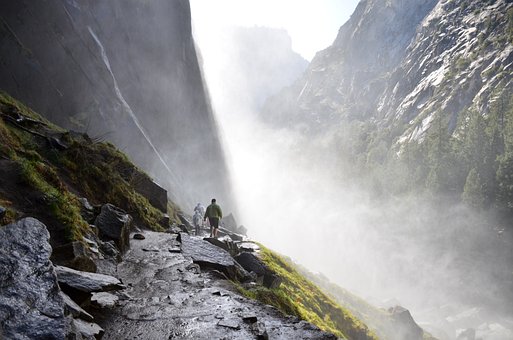 We are a weird bunch, no matter how you look at it.  Searching for the Fountain of Youth, Atlantis, The Golden Goose, Buried Treasure, and all the rest.  But Shangri La, now that’s something interesting.  Movies have been made about it, books written.  It’s part of our subconscious, nestled in there…the idea of walking between a gap in the himalayas and finding perfection.  A beautiful, lush, Tibetan landscape, filled with healthy, happy people, waterfalls, fantastic mountains and the fact that no one ever gets ages.  I was never sure at what age people stopped getting older, I mean they all couldn’t be twenty.  If they had children, the babies would grow up, right?  How could they not?  So the science that goes along with that not aging issue, was never made clear.  But, people don’t age in Shangri La. Everybody knows that…that’s the hook.

Those who live there, live peaceful, youthful, and perfect lives…EXCEPT…there’s ALWAYS an “EXCEPT,” they can NEVER LEAVE.  If they leave, they will immediately become the age they actually are, which means some will turn to dust.  So, to me, it’s not paradise at all, it’s actually just a nice holding cell.

Earth is exactly like that just without the peaceful people, the clean environment and the lack of aging.  We are stuck, imprisoned on a planet we cannot leave.  If we try to escape, radiation will have it’s way with us, our muscles, including our hearts, will wither and pretty much stop working, at least if we were on a spaceship.  If we were NOT in a space ship, we would freeze, or suffocate, RATHER QUICKLY .  Shangri La, or earth…leaving means certain death.

We can’t even dream up Nirvana without having a “punishment/death clause” embedded in there somewhere.  Have you ever noticed that?  There’s ALWAYS SOMETHING, that screws things up, somewhere along the line.

In reality, Shangri La is simply the name of a jail with nice accommodations.  The people living there must wonder what’s on the other side of the mountains.  No matter how curious they may be, however, taking a peek, means certain death.  No matter how we write it, sing it, dance it or draw it, it all kind of ends in death.  All the teen-age sic-fi movies  have kids held in circles, mazes, whatever, and they can’t know what’s outside their enclosure.  EVERYTHING is like that, if you just think about it.  The theme being, WE ARE NEVER ALLOWED TO KNOW ANYTHING someone doesn’t want us to know.

People try to romanticize it but the fact is…we are all prisoners.  The other fact is, we try to pretend that we aren’t.