Mom and baby…enjoying a snack. 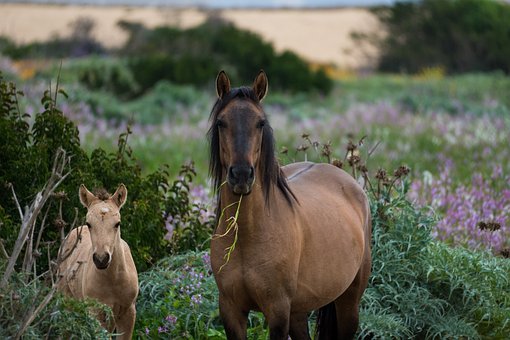 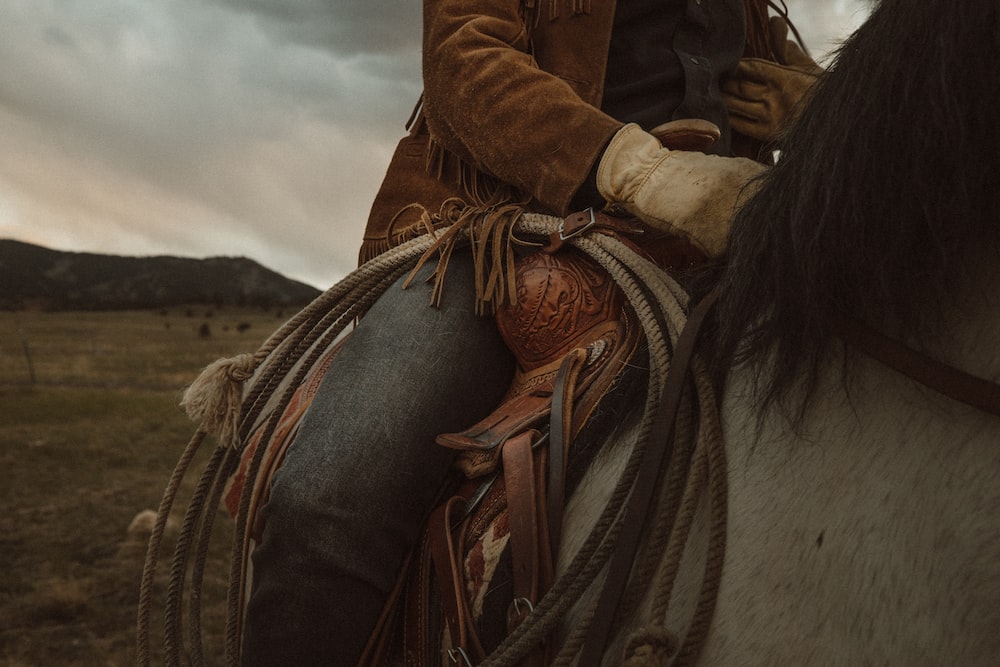 I always wanted to ride Western but was never allowed to do so.  I always had to ride using an English Saddle.  I would go into the tack room and look at the huge, bulky Western saddles and wonder what it would be like to ride using one, instead of the tiny, light weight English saddles I was given.

I rode all the time.  My uncle shoed horses, and was a forest ranger…on his horse, Copper Penny.  His brother ran a stable.  We weren’t rich, we just had access to horses because of their jobs  He would pick me up and take me to the “stables” where we (my cousin’s and I) cleaned stalls and played with the animals, A Nubian goat, lots of cats and kittens and whatever else wandered in.  This was right outside of the city but it seemed like a strange and faraway land.  It was the “country.”

We always stopped at a farm stand and bought fresh carrots and treats for the horses. We gave them sugar cubes as well.  I know, I know…not a good thing to do, but they LOVED them so much.

Anyway, my uncle wouldn’t let me near a Western saddle, so when I was an adult, and in Colorado, I wanted to go riding and climbed up onto a Western and though my dream had finally come true.

You know that old saying…BE CAREFUL WHAT YOU WISH FOR?  Well, once I sat down, I couldn’t believe how far away the horse felt.  All that STUFF between us was so bulky and thick.  I hated it.  The horn was silly, since I didn’t need it and wasn’t planning on roping any poor soul, so that was another bulky and “in the way,” thing.  Too much!  Waaaay too much stuff.

Western saddles looked so cool when I was a kid.  But the reality was, I couldn’t feel what the horse was thinking.  Communication was blocked by all that leather (gag) and, of course, I didn’t know the horse.

English saddles are light and fabulous (now that I know what the alternative is).

Anyway, when I saw this photograph, it reminded me of how different things are than we imagine them to be.

It’s pretty much that way for most things, including people.  We constantly make assumptions, a necessary evil, and so often we are wrong about what we think something, or someone, is like.

My uncle threw me on a horse when I was a toddler in my snowsuit.  I was never afraid.  It seemed as if I belonged on a huge horse and the stirrups were all the way up as high as they could go.  I could just get my feet into them.  It was great and the horse was kind and very sweet.

Anyway, the above picture was a good reminder for me to stop assuming I know anything about anything and to think about what I think I know BEFORE, I decide that I actually know it.  LOLOL  Everything around us tells us not to assume we know anything, but we just ignore all the flashing lights and living beings who are our teachers.

This is an English saddle, for those who may not be familiar with them.

Photo:  from the internet

Wild is beautiful…wild is following your own path. 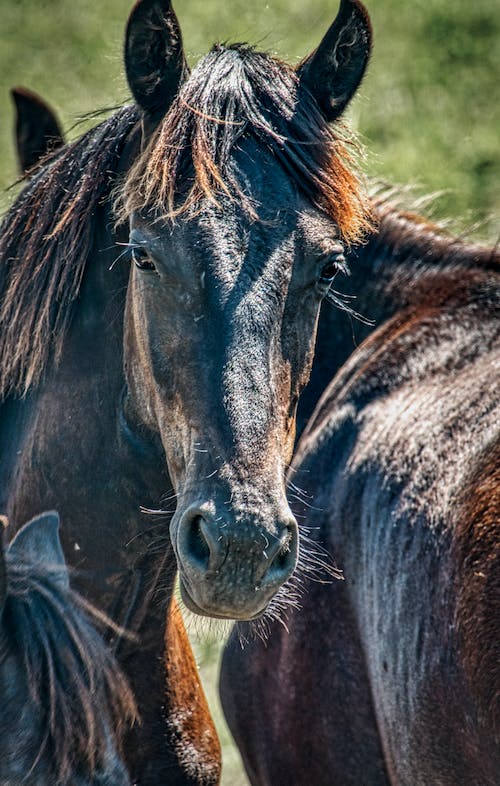 Love is a beautiful thing… 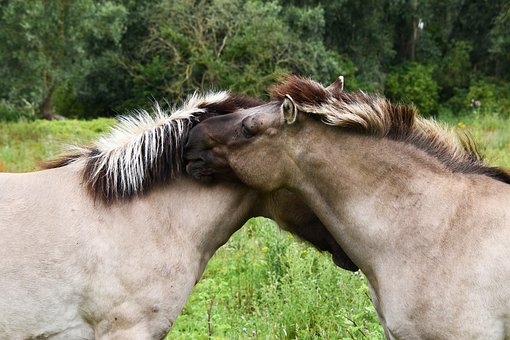 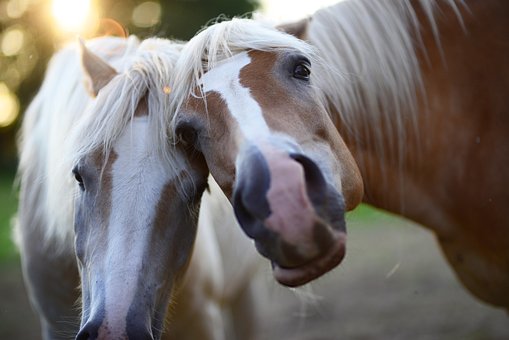 “What are you looking at?  We’re consenting adults.”

“I was just thinking about how beautiful you are.”

“I have both, actually.  “Which one would you like first?”

I held out two sugar cubes in each hand.  The horses nibbled at them, their velvety lips and noses tickling my palms as they they ran over my skin.

“Do you want me to snap off the greens on the ends of the carrots, or should I leave them?”

They ate and chewed and then they ate some more.  “Thank you for the food.”

“You’re welcome.  What are you going to do today?”

“Probably the usual, gallop, trot, eat, roll on the ground, nap, maybe go for a swim.”

“So, perhaps I’ll see you some other time.”

“Maybe,” said the horse.  “We stop by this place every once in awhile, because the grass is sweet.”

She blew kisses their way and the shook their heads, so that their manes floated on the air like magic.  “You are beautiful,” she whispered, as they turned and thundered away.

While my daughter and son-in-law were at the farm, they saw this gorgeous show horse and a colt. 3 pictures 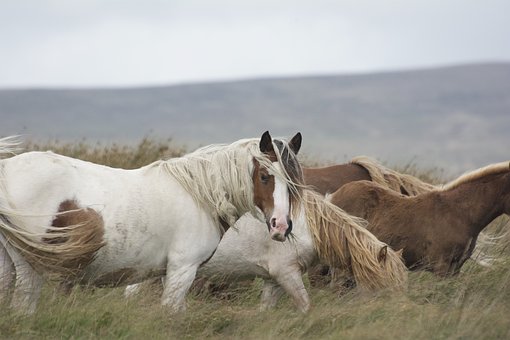 You know how to tell when things are perfect?

When you’re on a horse and all you can think about is the horse and it’s footfalls and how good he smells and how beautiful and thick his mane is and how wonderfully strong his body feels and yet you know how gentle he can be.  You love how his ears flick back when you whisper to him and how he loves carrots and sugar cubes and how he nuzzles your shoulder, right where it meets you neck, and how he follows you, bumping your back with his nose, even when there’s no lead and when you stumble, from the shove, you turn and tell him that you know he’s laughing at you, but he refuses to admit it.  When he steals a carrot out of your back pocket that you were saving for later and you hug him and tell him he’s beautiful and everything wonderful in the whole world and that when you fly together it really is the best thing ever.  He lets you kiss his nose then and you get to know a whole new meaning for the word soft.