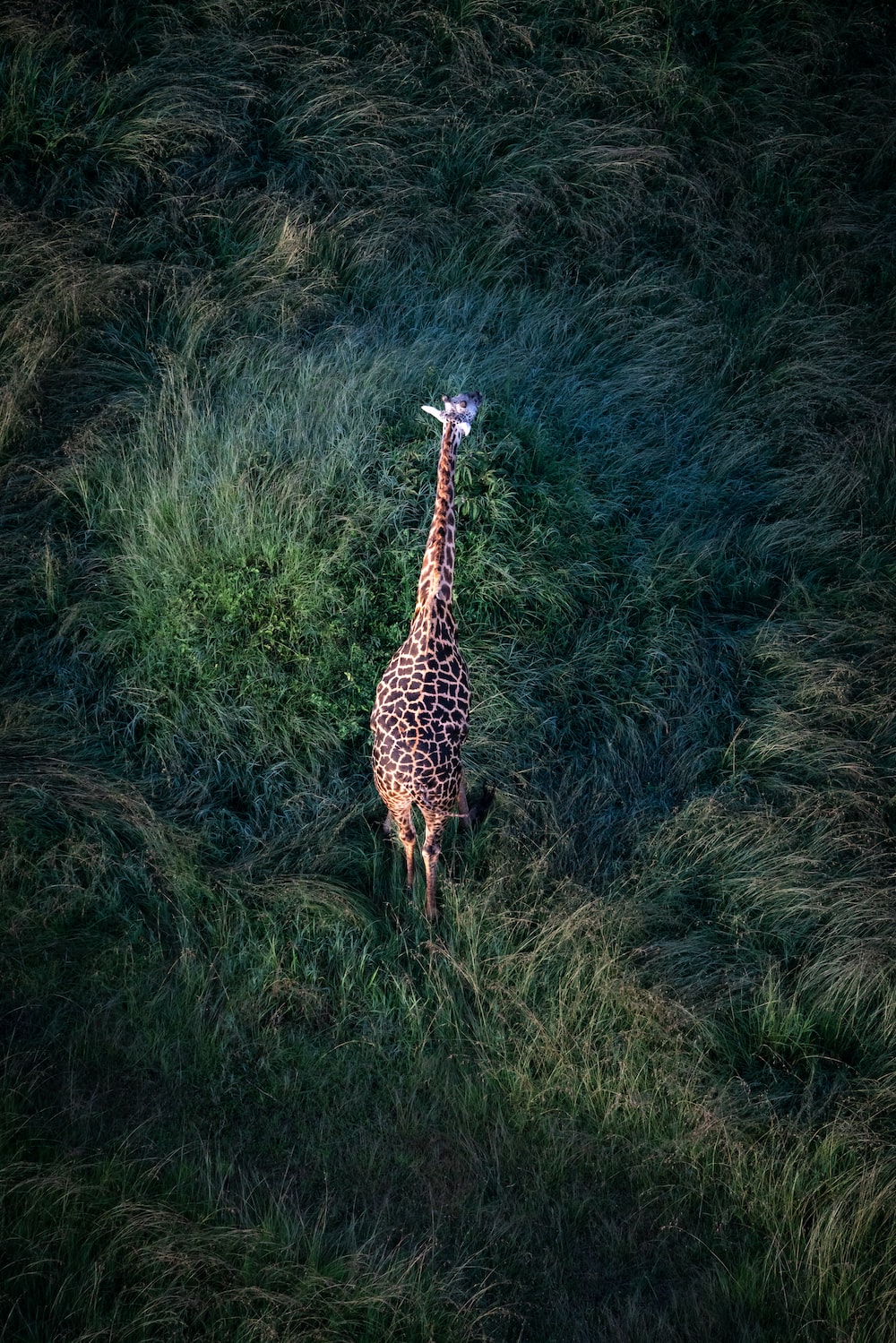 Noses are soft…even when out of focus. 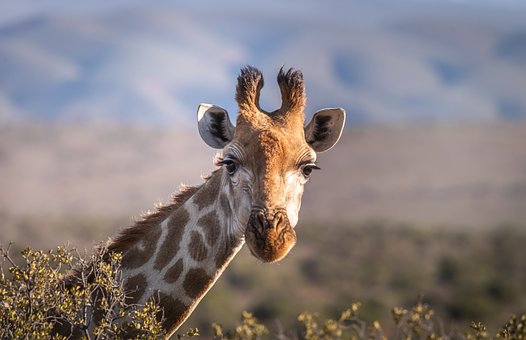 Isabella has the most beautiful eyelashes.  Whenever anyone points that out she says, “Oh piffle. All giraffes have long eyelashes, it’s part of being a giraffe.”  And, she believes that all giraffes have “interesting and lovey, spot patterns,” as well.  In her own words:  “Each one unique.”

Giraffes are herd animals and Isabella is a teacher.  She teaches, Giraffe Lore, Line Dancing, Diet, and How to Spot a Predator.   She said that some humans feel that teaching Line Dancing to baby giraffes is silly, but they don’t understand that that’s how they are taught to kick humans and other things that will try and kill them, like lions.

How to give a giraffe a sponge bath…Instructions below. 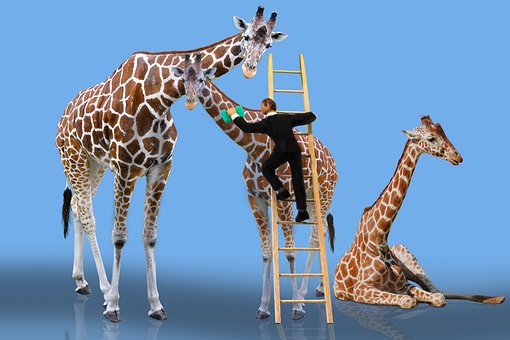 Lean the ladder against the side of the giraffe to be wiped down and hope that he doesn’t walk away.

Repeat with the other giraffes.

When finished, put supplies away and leave the giraffes alone.

Zina is a dancer.  She dances for lettuce, not because she has to, because she wants to…she had no need of money, or goods.  Zina knows what’s important.  She lives in a controlled environment, free from predators. She dances and happily accepts lettuce from tourists, who are only too happy to feed her.  When she was younger she was rather shy.  But she quickly found that shyness meant far less lettuce.   So, Zina became brave and bold, while keeping her innate beauty wrapped around her like a a lovely cloak.

A great sense of humor and giraffes go hand and hand.  They smile and laugh a lot, mostly at humans, but that’s understandable, because they think we’re kind of short.  I told this giraffe a joke about a human and a hippo and he thought it was really funny.  He was quite charming, in a giraffe kind of way, but wanted the lettuce I was holding in my hand more than anything else.

“We’re tall because we love the sun and like to be as close to it as possible, that’s why we live where we do.”

“Wow, I never thought of that.”

“Really?  Why did you think we were tall?”

“Well, sure, genetics plays a part but there’s also the sun thing.”

“I’m not sure why humans are short.  I think you’re the tallest ones around.”

“Maybe we just like the sun more than you do.   The leaves higher up in the trees sometimes be the most delicious.”

“It’s you nature to kill everything?”

“Why don’t you stop doing that?”

“Yes, but I don’t belong to any institutions, or groups, who hate everyone and want to be right.   I’m also not in charge. I don’t have enough power to stop those who start wars.  I don’t have enough money, or resources, to change anything.  I can’t stop everyday violence either.”

“Yes, but they are true excuses.”

“So you’re just going to destroy the planet and everything on it?”

“Yes.  I think that’s exactly what we’re going to do.”

“If  humans weren’t here this would be a nice place to live.”

“It’s getting late.  Thanks again for the lettuce.”