Old friends hold a special place in our hearts… 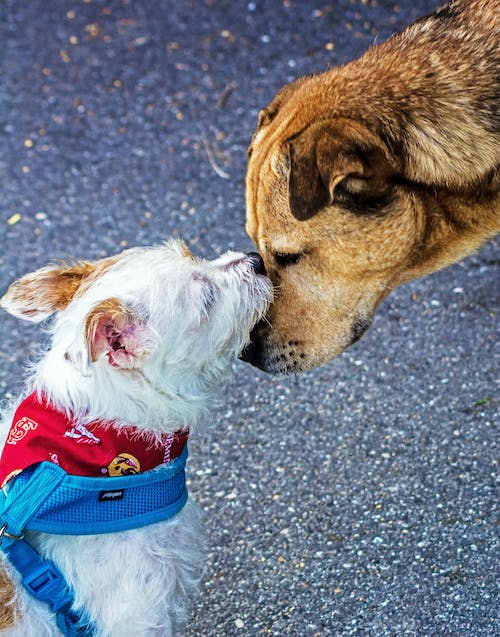 The comfort of friendship… 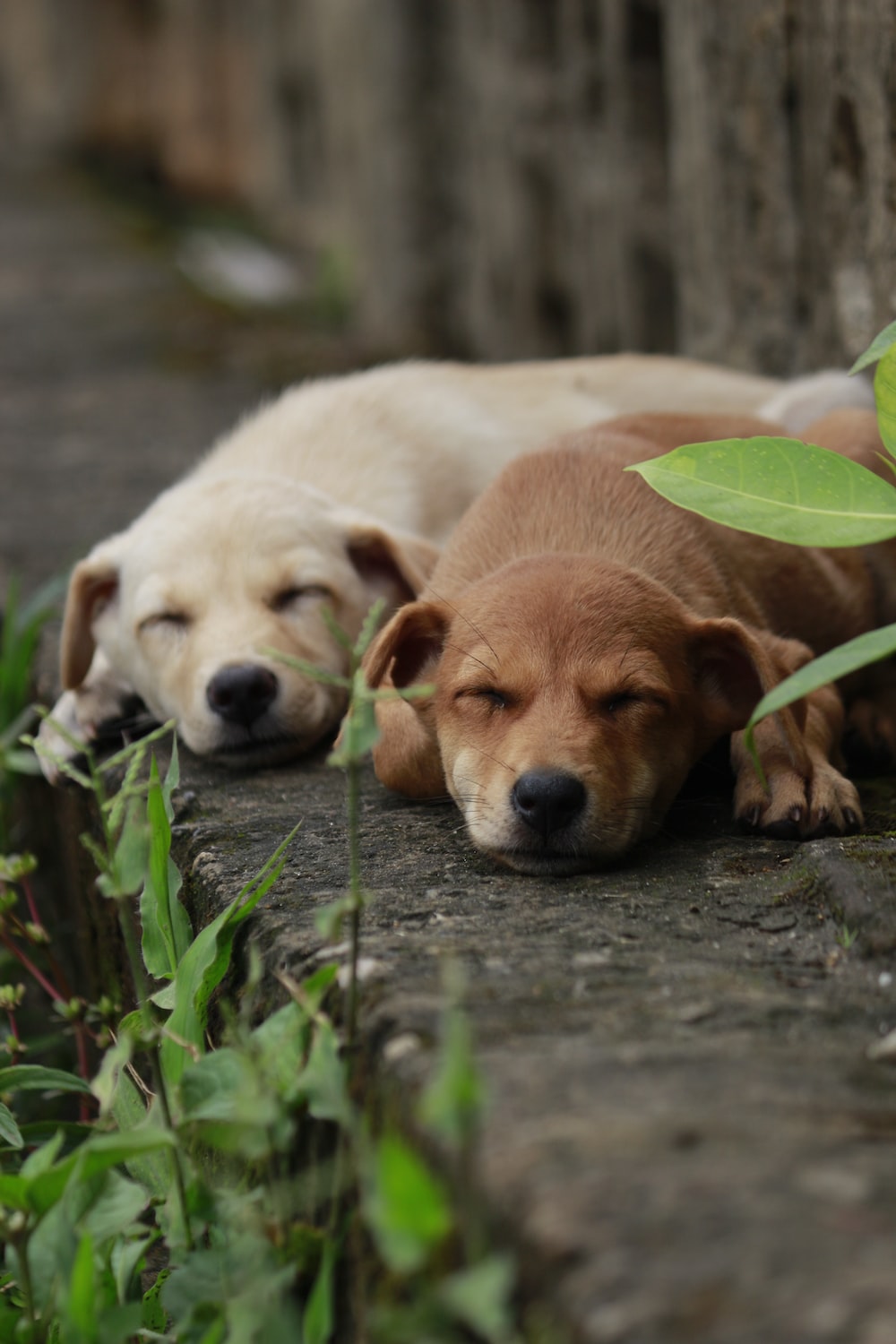 No matter the species…friends matter 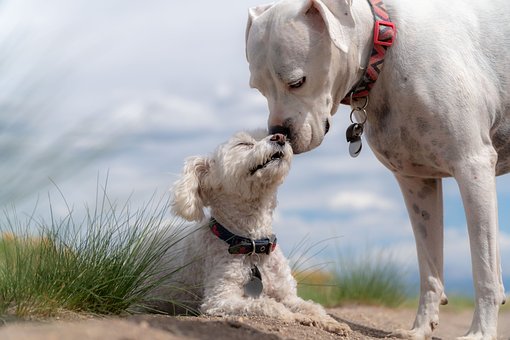 Animals don’t see beautiful or ugly…they don’t judge. They use other methods of knowing who to love. Imagine if people were like that. 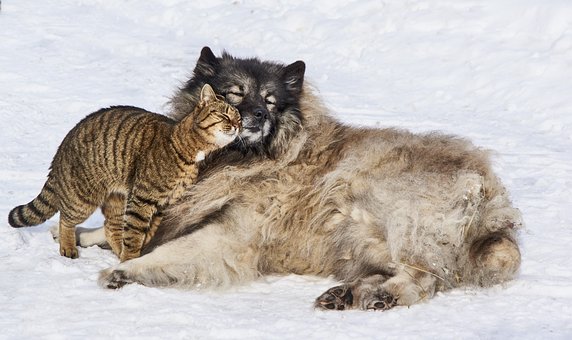 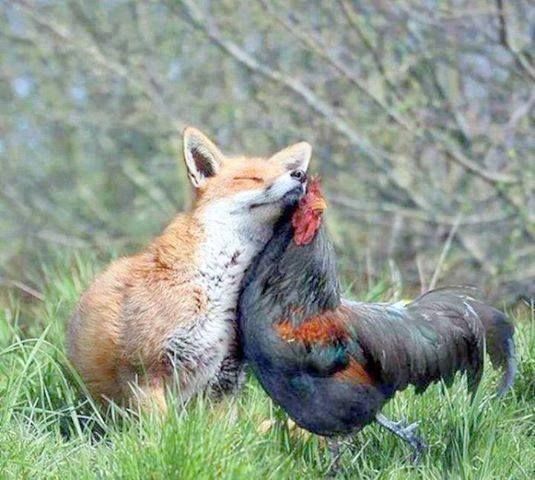 Friends…animals know what love, loyalty and trust is all about…they know how to enjoy life, they know what’s important…those are some of the reasons we love them so much.

Every single living being understands love…Be kind to animals, don’t eat them, wear them, use them, take away their habitats, or hunt them. They are teachers and we are failing badly…with regard to learning what they are trying to teach us…compassion…family…kindness…beauty…interconnectedness…sharing…and love

Love is no different for any being alive. Animal abuse is a crime committed by people who don’t have a heart and are empty inside.

It was a cold night and the little girl smiled at the smell of snow in the air.  She looked up, saw the moon and waved.  She knew she shouldn’t be out so late but she loved the park and she was happy to have the moonlight on her face.

“I haven’t seen you in some time,” she said, nodding.  “Sorry about that but I’ve been busy and then I had a cold, so I could only see you from my window and I know you can’t hear me through the glass.”

The moon said nothing.

“I’ve been taking dancing lessons, ballet to be exact, but I don’t think it’s for me.  It seems silly to walk on my toes and be so stiff all the time.  I think dancing should be loose and happy, not controlled and stuff.  Do you know what I mean?”

The moon shown down upon her.

“A cat found us and came to stay.  His name is Jim and he’s really pretty.  He has a fat tail and beautiful eyes.  He sleeps on my pillow and even though I’m allergic to him, I try to sneeze into my pillow and not rub my eyes in front of anyone so they don’t tell me that he has to sleep somewhere else.  You probably don’t have a cat.   If you did I’m sure it would be different than my cat, since there’s no oxygen where you live.  That’s too bad because I’d like to come for a visit and I think you would like cats.”

The moon hid behind a cloud.

“Are you going to come out again?”

She signed and took a book out of her backpack.  “I have pictures of cats to show you,” she said, holding the book toward the sky.  See, this is a tabby and this is my cat.  He’s called a Maine Coon but I don’t know why. I mean he’s not a raccoon, so…”

The moon came out from behind the cloud.

“Did you see the pictures?” she asked, holding up the book once again.  “We named him Jim after a guy called Hendrix and a few other people, although cats don’t play guitars.  At least not that I know of anyway.  I do know a cat who kind of plays the piano.”

The moon fell behind some trees.

“I better go now, I can see that you’re getting tired,” she said.  “It was nice talking to you.  I missed you, you know.  I tried to open my window but I think someone who didn’t know how to paint, painted it shut.  You have a nice night and I’ll see you tomorrow, okay?”

The moon smiled and blew her a kiss.  She caught it in her hand and pressed it to her lips. “I knew you were listening,” she giggled, throwing a kiss in return.   “Sweet dreams and next time I’ll bring a book about birds.”

The moon watched the girl skip down the path toward her apartment building.  She looked forward to her visits, since few people took the time to talk to her.  She might like to have a cat, she thought but the girl was right, a cat would never survive without an atmosphere. She wondered what the bird book would be like, as she drifted lower in her orbit.  Sweet dreams indeed, she thought, as she saw the first wisps of sunlight approaching.  Yawing, she closed her eyes and thought of tomorrow night when she would once again see her friend.  She fell asleep with the warm rays of the sun reaching for her. 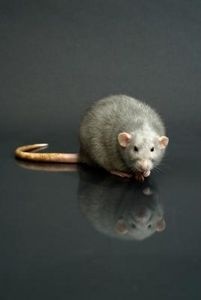 Elizabeth was a lovely rat, perfect in every way.  Her tail and ears were the prettiest color pink and her gray coat was soft and shiny.  Rats aren’t concerned about their looks, so Elizabeth was unaware of her beauty and charm but she was a singular rat all the same.  She lived in the stacks at a university library.  She stayed hidden during the day and ran all over the shelves and books during the night.  She had a sweet nest made of  shredded pages from books that had been pulled for recycling and students were always leaving crumbs and food everywhere, so she never lacked for things to eat.

One evening, Elizabeth was walking down the H-J aisle, looking for a book on home repair, when she heard a sound. The library was supposed to be empty, it was closed, after all.  She quickly hid in the shadows and waited.  She didn’t squeak or even wiggle her nose but her tiny heart was beating so hard, she was afraid that whoever was there might hear it.

Someone sat down, she was sure of it.  She heard breathing and the tearing of paper.  Very slowly Elizabeth crept across the top of the books on the bottom shelf, until she could see a boy leaning against the shelves.

“I know you’re there,” he said.  “I’ve seen you running around here before.”

Elizabeth held her breath, her black eyes were wide with fear.

“I would like to be your friend,” said the boy.  “I’ve been leaving food for you, pretty much everywhere I study.  If you come out, you can have some chips,” he said, laying a handful of yellow discs on the floor.  “I won’t hurt you.”

Elizabeth wiggled her nose and recognized the delicious smell of her favorite food.

“I know you don’t like cheese,” he laughed.  “It’s always there when I go back to check.”

“I’m a photographer and my name is Timothy.  “I would like to take your picture.”

“Take my picture?” mumbled Elizabeth.  “Whatever for?”

“You’re the most beautiful rat I’ve ever seen,” said Timothy, smiling.  “I think you would look wonderful on film.  Besides, rats are terribly misunderstood and I would like to change that.”

Elizabeth turned and ran to her nest, trembling until she fell asleep.

Timothy came back every night for a week.  He talked to Elizabeth, telling her about his dreams and the photographs he planed on taking.  He said he didn’t have much money at the moment, but that would change, once he ‘made it.’   He told Elizabeth she could come and live with him, or stay here, it was up to her.  He could do the shoot in the stacks, because the floor was marble and perfect for what he had in mind.

On the seventh night, Elizabeth showed herself.  She cautiously crept off the bottom shelf and sat at the end of the aisle, so that Timothy could see her.

Timothy pulled his camera out of his backpack and asked Elizabeth to sit still for a moment.  He told her that he wouldn’t come too close and that she didn’t have to be afraid.  So, Elizabeth did as he asked.

Timothy took many photo’s of Elizabeth that night.  The best one ended up on the cover of a famous magazine and got him more jobs than he could handle.  Timothy brought the cover of the magazine to Elizabeth and she quickly chewed through it and lined her nest with the pieces.  Timothy continued to visit Elizabeth several times a week.  He brought her gifts and after a time, Elizabeth allowed him to run his finger down her back.  As Elizabeth aged she looked forward to Timothy’s visits more and more.  She did less running around and she was used to his voice.  One night, she climbed into his lap and fell asleep.  Timothy sat still for hours, until Elizabeth woke up and looked at him.

“Will you come with me now?” he asked lovingly.

Elizabeth nodded and relaxed as Timothy cradled her in his hands.

“I’ve wanted to do this for such a long time,” he said, kissing her soft fur.  “You are still the most beautiful rat I have ever seen.”

Timothy and Elizabeth lived together and became the best of friends.  She slept on his pillow and they ate at the table together.   He was gentle and kind and Elizabeth snuggled up to him whenever she could.

“This is you,” said Timothy, pointing to the huge, framed picture in the living room.  You gave me the life I always dreamed of having.  Thank you.”

Elizabeth didn’t think she gave him anything at all, but she was glad that he was happy because she was happy too.

So, next time you see a rodent, think about how generous and loving they are.  They are amazingly intelligent, immaculately clean and they love to play and have fun.  We have been fortunate to know and adore many wonderful rats and they have enriched our lives more than I can say.  We miss them still.