The Ghost of Things to Come…A New Year’s story 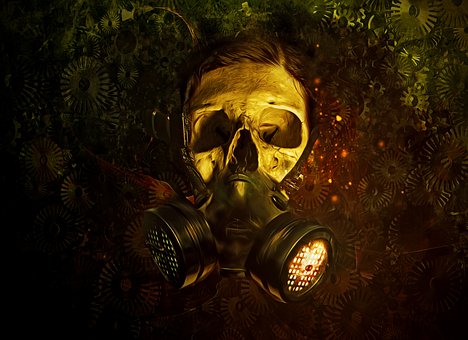 He appeared in the seat across from her.

“That’s not a good look for you,” she said, shaking her head, sipping her malt.  “Kind of, end of the world type thing.”

“Really?  I thought that was only with Scrooge and movies,” she said.  “Look how thick this malt is.  I can turn it upside down and the straw doesn’t even move.”

“I’m what your future looks like.  You should pay attention,” he said, obviously confused.

“What’s wrong with you?” he asked.  “I’m trying to warn you of things to come.  One of those things is extinction.”

“Look,” she said.  “I appreciate what you’re trying to do but NO ONE CARES.  They didn’t CARE when all this started and they don’t CARE now.  They won’t even CARE when they start dying in bunches, when there’s no food, when there’s no water, or other life forms.  What part of that don’t YOU get?  No one is willing to DO ANYTHING to make a difference.  So, we’ll die and that will be that.  I don’t know what you want me to say, or do.  People don’t care and even those who do care don’t have any power to actually change things.  Our government, churches, institutions and corporations made sure of that a long time ago, so we may as well enjoy what we have now and continue our love of immediate gratification while we can.  What else is there?”

“You what?” she laughed.  “You thought you could make a difference?  Thought you could wake people up?  Thought you could get everyone off their couches and out of their chairs?  Get them to turn off their televisions and start them marching in the streets.  Sorry, that’s not going to happen.  We’re going to slide into oblivion and act as if we don’t know what happened, when we knew what was happening all along.  What part of that don’t you understand?  Besides, even if we all did try and do something our government would kill us in the street.  Death is big here, you’d fit right in.  In fact, people would try and steal your look.   You would be on the cover of some high class magazine.  Instead of the heroin look it would be the end of the world look.  I mean, some people will want to dress for the part, right?”

“You all deserve to die,” he said.

“The end of everything?”

“We’re all kind of dead already, can’t you see that?  They teach that kind of thing in schools and churches.  They kill you before you even get started.  Feed you lies and make up insane laws and rules that no one follows.  What’s to be afraid of?  We were taught and brainwashed to believe that we are powerless, even thought are billions of us and six of them.  Kind of impossible to convince people they have all the power and have been divided to weaken the power base on purpose.  This malt is delicious.  Want one?  Or can’t you swallow?”

She turned and raised her arm.  “Hey, Markie, a strawberry malt for the guy in the apocalyptic outfit.”

“So you’re just going to accept your fate?”

“What about future generations?” he asked.

“How can you be so flippant about it?” he asked, as the malt was placed on the table.

“Is there a special way to act when faced with the end of life as we know it?  I’m not into moaning and groaning and wringing my hands, I’m more the stand in front of the bad guys and scream at them, kind of girl.”

“I doubt it.  If you saw, you wouldn’t waste your time coming here to warn us.”

“Pretty much.  I suppose there could be a catastrophic event that could change things, but I’m not holding my breath.  As long as the few make the rules for the many there’s no hope at all, because the many just do as they’re told.  Sheep.  Baaaaa.”

“Then you weren’t briefed properly,” she laughed.  “You are in the land of the blind and walking dead, my friend.”

“This malt really is good.”

“So there’s nothing I can do?”

“Nope.  There never was.  Everything has been leading to this.”

“So, I’m the future then,” he said, sucking on his straw.

“Seems like it.  But I doubt whether you’ll last very long.”

He nodded.  “I should probably get back.”

He nodded and was gone.

“Who was that guy?” asked Markie.  “He seemed over the edge.”

“He was just talking about the end of the world.”

“Sure, why not,” she said.  “Because pretend is always better than reality.  In the movies, the humans win.”