The Conversation…Resa, this one’s for you.

“I brought new food.  See if you like it,” she said, pushing a plate toward him.

“Not a chance,” he said, backing up.  “I’m just wondering how I can get the smell out of my nose and off my fur,” he said, gagging.

“Okay, so that’s a definite no,” she said, putting the paper plate into a garbage bag.  “I brought your regular stuff, just in case, so no worries.”

“Too soon.  I can’t eat right  now,”  he muttered, jumping off the ledge, falling to the ground and rolling back and forth, on the newly mowed lawn.

“That bad?” she asked, watching him.

He ran two doors down and sat under a sprinkler.  When he finally returned he had grass stuck to him and he was soaking wet.

“I can still smell it,” he said, shaking his head and rubbing his paw over his face.

“Actually, you’ve just acted out exactly how I feel about the republicans and the supremes.  I can’t get the smell of them off me, or out of my nose, either.”

“Nice,” he said, as he let her wiped him down with napkins.

“What do you think?” he said, licking his side.

“Good thing the sprinkler was on.”

“This is the third time we’ve fought for abortion rights.”

“Men obviously know more about it that you do, seeing as how often they get pregnant.”

“How can the military, and the police, beat and kill the very people they swore to protect?  Why don’t they fight WITH the people, since they are the people, against the government?”

“You say the nicest things.”

“You want rainbows, where none can exist.  This world isn’t a place for rainbows, and when you see one, it’s just to tease you into believing that they’re possible, but they’re just one more lie and they can disappear while you look at them.  It’s a trick of the light.”

“You should do a video to cheer up people who are depressed.”

“That would be most everyone.  So, set it up for me and I will.”

“I was being sarcastic.”

“Doesn’t matter.  Just tell me when and where.”

“Sure, why not.  I’ll just announce that a cat will being giving a talk and everyone will think that’s just fine.”

“You know that friend of yours, the one who makes ART Gowns?  And before you ask, I read your emails.”

“I’ve been in touch with her cats.  We exchanged information.”

“Of course you did.”

“Anyway, her name is Resa.”

“Her birthday is this month.”

“Is Canada going to celebrate?” he asked.  “Her cats said they should.”

“I’m not sure the entire country knows about her birthday.”

“I’ll tell her cats to shoot an email to the government.”

“Maybe Canada will make July a national holiday, and everyone will go to see her and bring her gifts of fabric and things.”

“That would be great,” I agreed.

“She does.  She’s extremely talented and makes beautiful gowns.”

“I know.  The cats said they like to lay on whatever she’s making, and sometimes they barf on them, or try and eat them.”

“Are you and the poet going to Canada for her birthday?”

“You should go before the republicans won’t let you leave the state you live in.”

“She could always come here and bring the cats.  I’d like to meet them.”

“The poet can come here too, and someone named, Dale.  She already lives in Canada.  You can all celebrate the day Resa was born.  I mean her cats would like that.  At least that’s what one of them said.  The baby ran and hid in a closet, so he might be staying home.”

She ran her hands over him and kissed his face and neck.  “I love you.”

“I know,” he said, sleepily.  Check on that video and Resa’s birthday party, okay?”

“Maybe you could write to Canada and tell them about what’s going on.”

“I’ll let her cats know, once you have it all figured out.”

“Absolutely,” she said, kissing him again.  “Until tonight.” 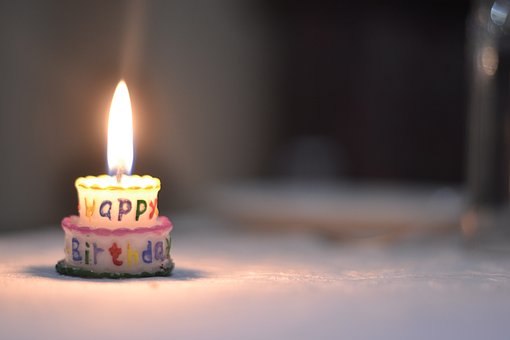 FROM THE WHOLE GANG
HUMANS
AND
CATS

WE LOVE YOU
MEOW

A wonderful TED Talk, She makes great points, but it’s said, because she has so much hope, and in the last few days, america is crumbling around us.