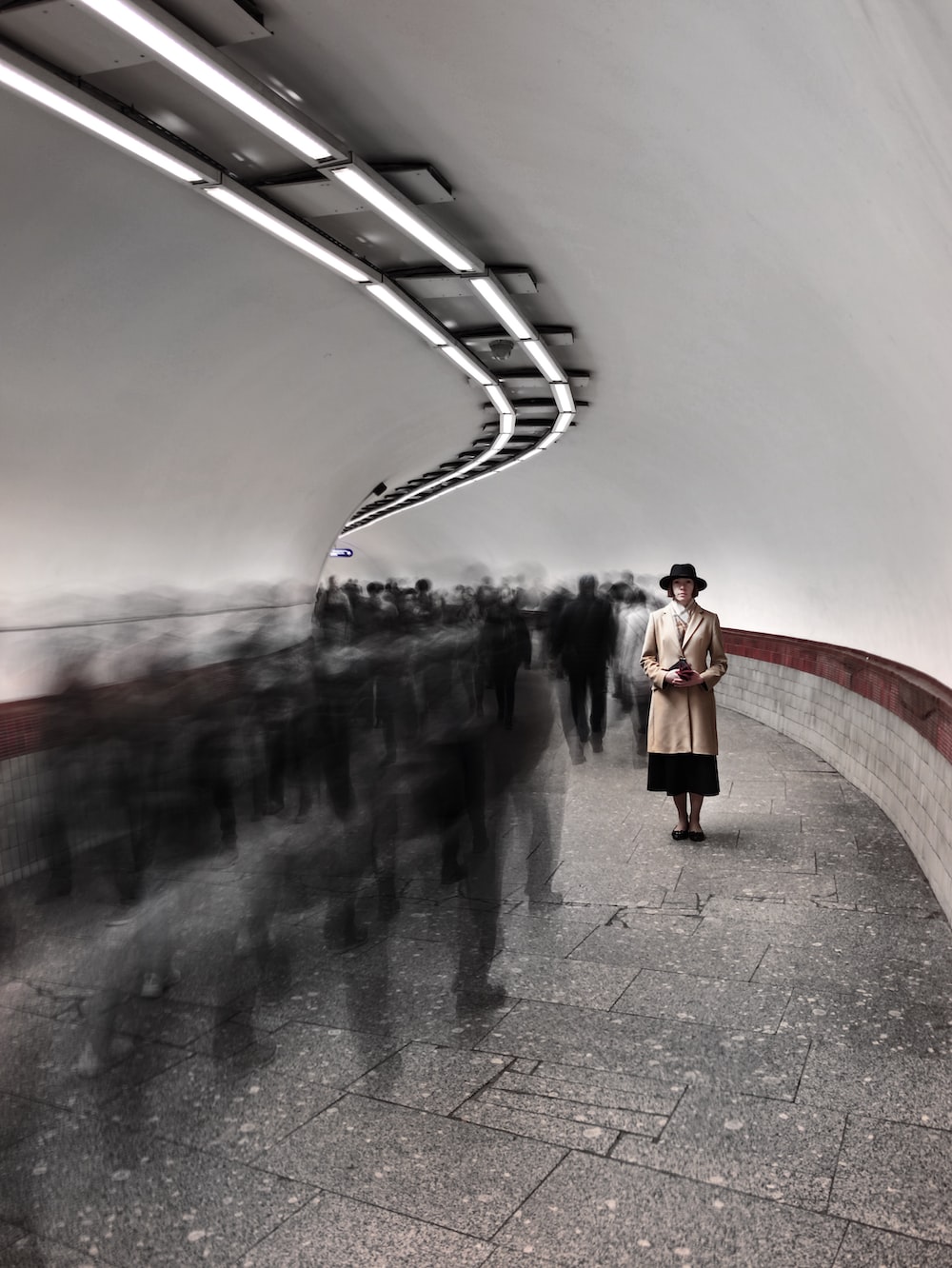 Ever since she was a child, Mary could see the gray people.  She always wondered why they never answered her, when she spoke to them.

“Who is everyone?” she asked.

“Those who have lost their color.”

“Oh, yes,” Mary said, nodding.  “They never say hello.  Sometimes I think they’re going to, but then they just move away.”

“You have a gift,” said her grandmother.  “Not everyone can see those who are gray.”

“Because you have to have something special to be able to see them.  Our family has a…long line of women who are…”

Her grandmother laughed.  “How did you know they were dead?”

Mary shrugged.  “I guessed.  I mean they aren’t real, like we are, and they never talk to me.  But some see me, because they know I can see them.”

“It’s better if you don’t look at those who notice you,” said her grandmother, the smile slipping from her lips.

“Because it’s never good to have the attention of the dead, while you’re alive.”

“Dogs are fine, just don’t look at the people who look at you.”

“Promise?” asked her grandmother, holding out her pinkie.

Mary giggled, and placed her finger around her grandmother’s. “Are we witches?”

“Yes.  But it’s better if you don’t tell anyone.  People don’t understand about those things.  They are afraid of magic and people who aren’t like them.”

“Are you ever afraid of the gray people?”

“No,” she said.  “They seem really busy, always rushing about.”

Her grandmother smiled at her.  “If you’re ever afraid, or if you have any questions, you come to me right away.  If I’m not here, go to your mother.”

Her grandmother hugged and kissed her, then took her into the kitchen for ice cream and cookies.  Mary’s mother was at the sink, and when Mary’s grandmother nodded at her, her mother paled, then reached for the ice cream dishes.

As an adult, Mary still sees the gray people.  She has never seen another dog.  She feels that animals go to a better place immediately upon crossing and have no need to stay tied to the earth.

The gray people don’t bother her, because Mary keeps her promise to her grandmother, who is no longer with her.  After all, a promise is a promise, and that’s one she’ll never break.  Never look at the dead, if they are looking at you.

Mask, Journal scribble, Ballpoint (there’s bleed through from the page on the other side)