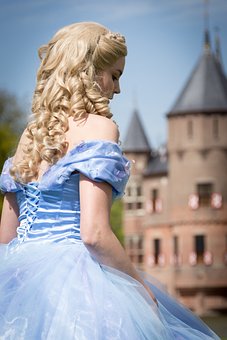 Cinderella’s name was actually, Alice.  She was named after her fourteenth great-grandmother, who was burned as a witch centuries ago.  The name Cinderella was made up by a man who wanted to make money off of her, without giving her a cut of the profits, or royalties.

Alice never swept anything, let alone a fireplace.  She never longed for a prince, or even a king, for that matter.  She wanted to be a singer in a girl band and tour the country.  Her mother didn’t die, she was sent away.  Her husband was ugly, inside and out.  He was nice in the beginning, at least that’s what her mother told her.  He was handsome and kind.  He was also poor.  As soon as he started making money, he changed.

Her mom left because her husband threatened to kill her if she stayed.  He told her that if she tried to take Alice, he would kill both of them.

So, Alice, being the clever and intelligent daughter that she was, waited until her father came home drunk, after a night out with who knows what.  Once he was unconscious,  she stabbed him about a hundred and fifty two times, more or less, she wasn’t actually counting.

So, you see there were no evil stepsisters, no evil stepmother, just an evil father.  Alice, once free, moved in with her mother. They lived happily in SoHo, New York, where they both became actors and poets.  And yes, Alice did play in a girl band but she decided she liked acting better, so that became her main gig.

There was a Fairy Goddess Mother.  She’s the one who got rid of the body, and made sure Alice and her mother inherited everything.  There never was a prince, by the way.  Never any glass slipper either.  In the original version of the story the Goddess Mother was a tree on her mother’s grave, because we all know that women in stories written by men, have to die.

Just thought you should know.