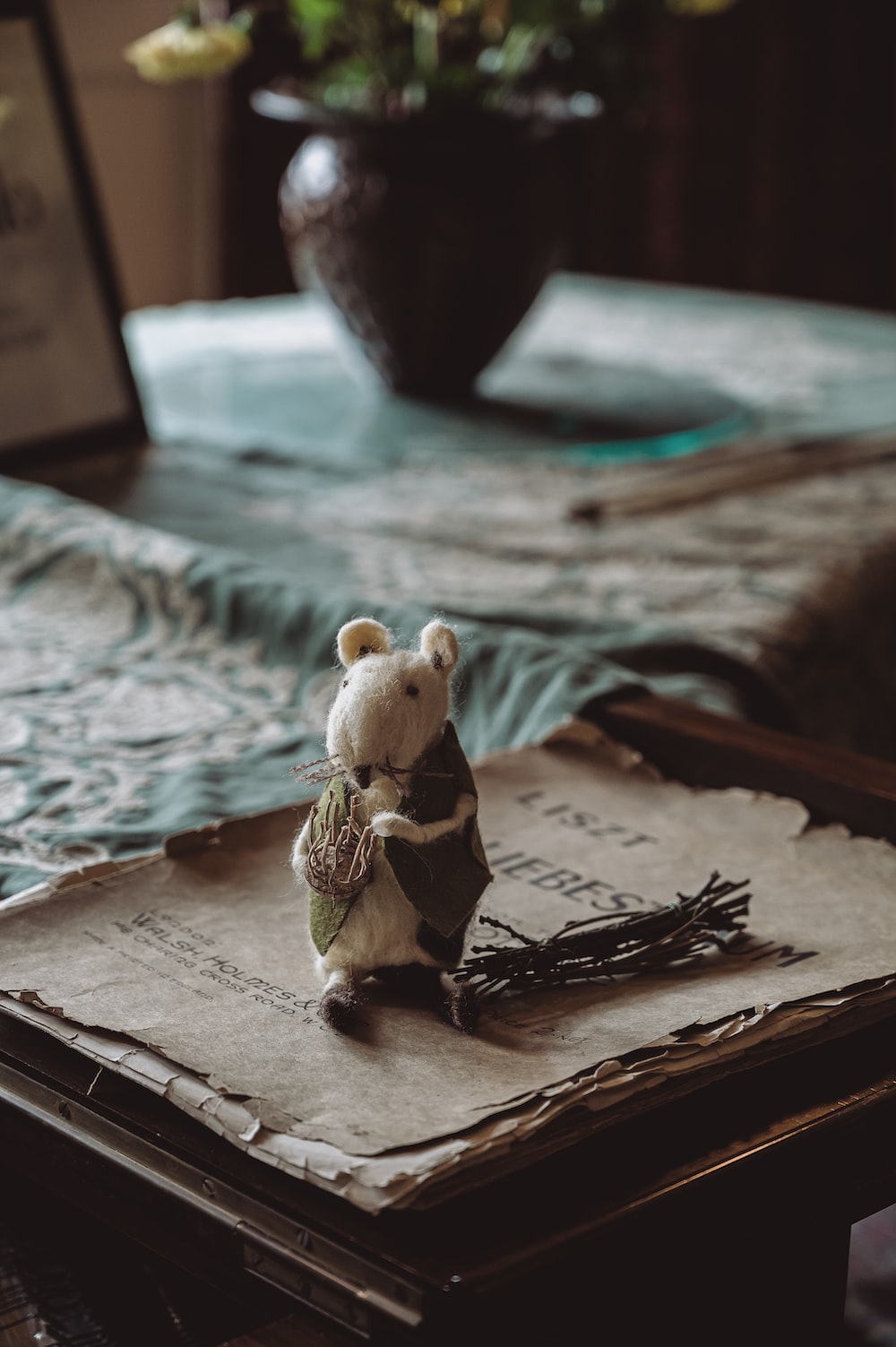 Timmy wasn’t like other mice.  For starters, he lived in a magical bookstore called, Sun & Moon.  It was the perfect place for a mouse like Timmy to live, since he could read and write, as well as understand any language spoken on the entire planet.  He also had one other ability and that was to turn himself into a felt toy, if a customer was near.  That came in handy more times than anyone could guess, because he had grown tired of people talking to him all day long and telling him how cute he was.  He was a grown mouse, after all, not a baby mousling.

Timmy had been born in the attic of the bookstore, and had never lived anywhere else.  His mother told him that if he stayed where he was, he would not grow old and die.  Old being relative, of course, since mice didn’t have very long life spans.  Timmy always listened to his mother, so he never left the premises.  His mother would still be with him, if it hadn’t been for the horrible accident that took her life.  But he didn’t like to dwell on that memory, because when he did, he started nibbling on the edge of pages in books that were quite ancient, and that was never good.  Nibbling on pages was a bad habit he had tried to break, but when he was stressed, he seemed to fall back into it.  It wasn’t that he was hungry, since he was well fed.  He also had a wonderful nest, so he didn’t need to add paper shreds to it, in order to be comfortable.  It’s just that sometimes, he found himself nibbling and wasn’t aware that he had started doing it.

It’s difficult being tiny in a world where there are giants.  One must always be careful not to be stepped on, or squished by being held too tightly.  Timmy worked in the shop, but mostly at night, when the giants were gone.  He loved Josie, the giant who ran the shop, and they had a good working relationship.  Toby, the cat, was very nice as well.  So all in all, life was good.  He had friends, work that he enjoyed, and a warm bed to sleep in.  Timmy was a very happy mouse.

This is Sunny…another feral cat. She’s so beautiful.